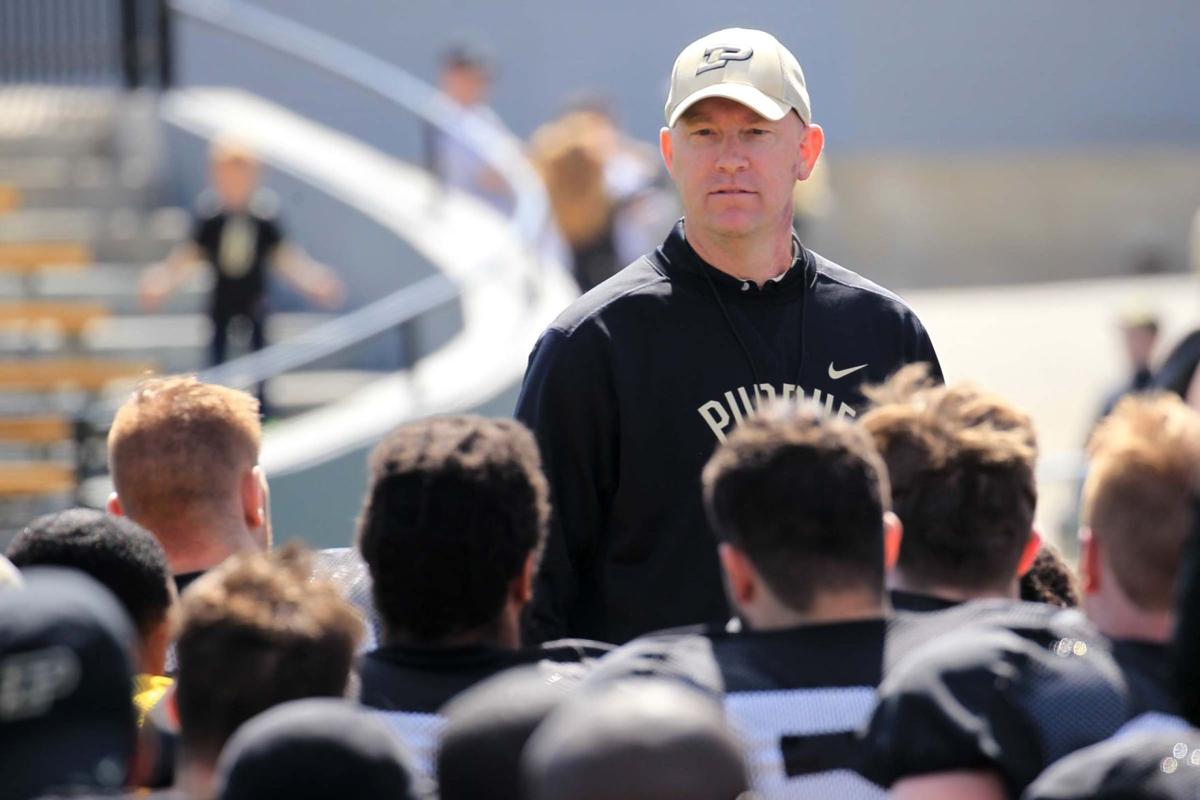 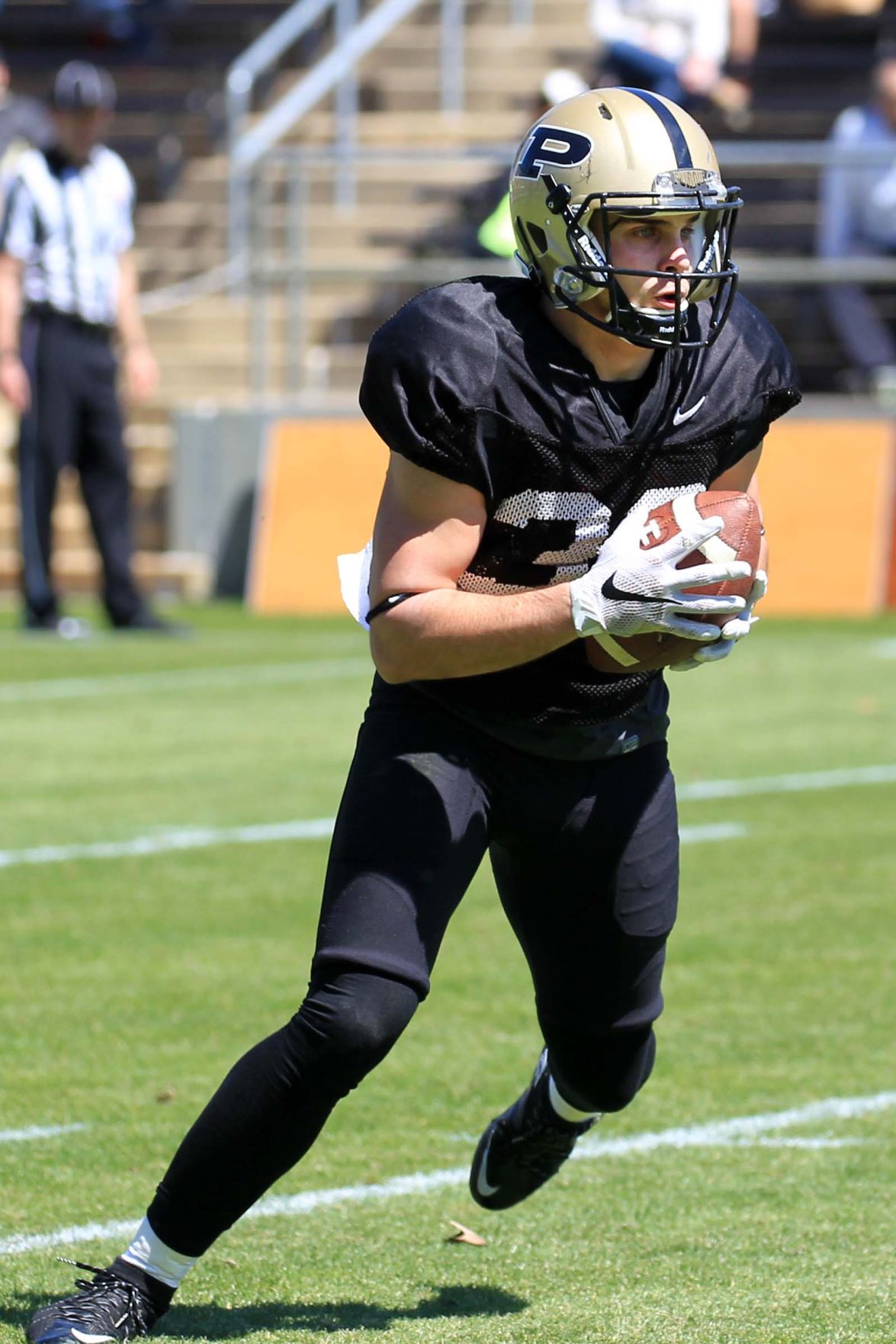 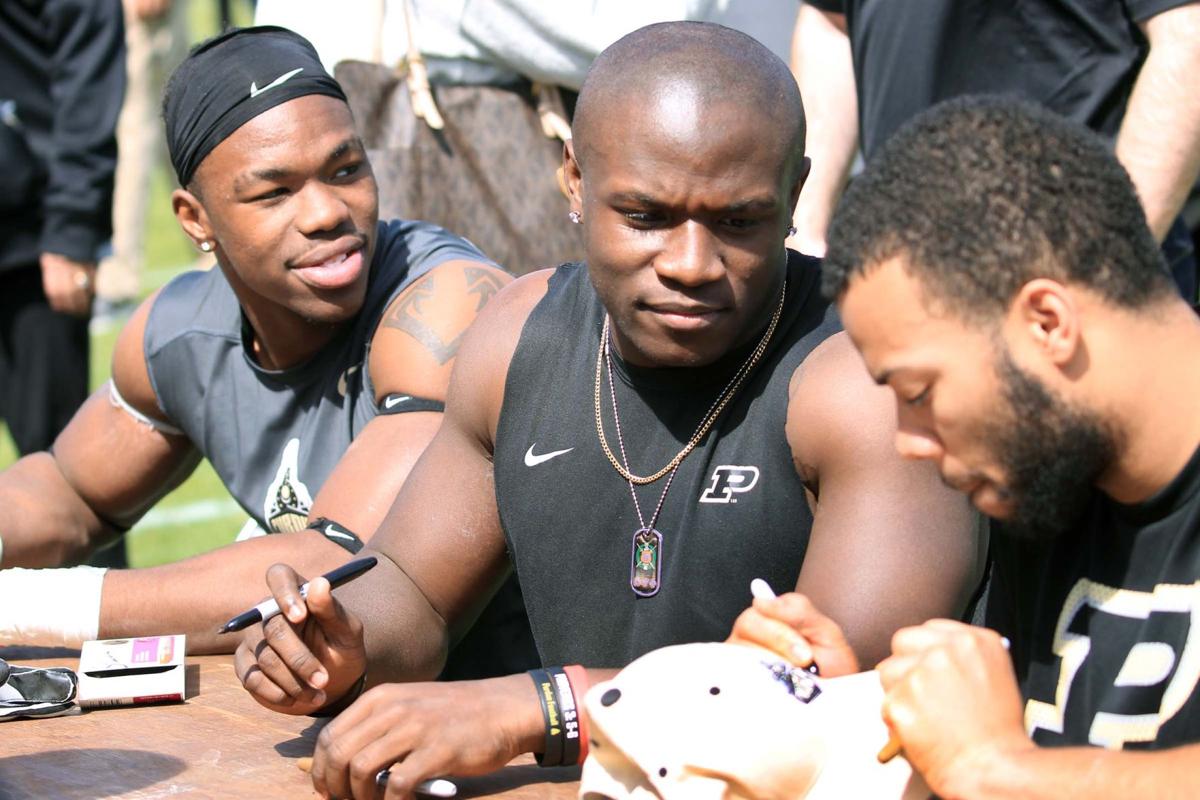 WEST LAFAYETTE — Not even a minute into Purdue’s spring football game, running back Tario Fuller took the handoff and showed some of the flair new coach Jeff Brohm will bring to Purdue.

The running back took a step toward the line of scrimmage and then turned toward quarterback David Blough. His arms swung with the football feinting like he was going to pitch it back for a flea flicker. With the defense frozen, Fuller turned up field and sprinted through the hole for about a 15-yard gain.

“We like to run some flea flickers,” Brohm said. “So we said, what they heck, let’s run a fake one. I’ve never seen it done before, but it looked like it worked pretty good.”

The early razzle dazzle showed just a little bit of what can be expected from Brohm’s offense in his first year. Not only will he use trick plays but in this case, trick-trick plays. But as the afternoon wore on, the game also provided a dose of reality, showing how much work the Boilermakers have to do to find and develop playmakers who can thrive in his system.

Richie Worship rushed for a 3-yard touchdown, starting quarterback David Blough connected with Jackson Anthrop for 19-yard touchdown. But the the defense got the better of the offense, 45-30, in the modified scoring scrimmage.

The first-team offense had its moments, especially early. Operating with the quick tempo that will be a hallmark of Brohm’s system, Blough completed 14 of 22 passes for 192 yards and a touchdown. Some of highlights included a 69-yard catch and run to Anthrop and a pair of deep balls to Gregory Phillips and Terrance Landers.

“I’m incredibly optimistic, and a lot of that is because of Coach Brohm and the incredible football mind that he has,” Blough said. “(He’s) special at drawing up plays, freeing people up and getting guys open. He’s going to do whatever he has to do to protect me.”

However, as the second and third teams took over, the Boilermakers inexperience and lack of depth showed. It was particularly evident in two areas that have been concerns all spring – offensive line and wide receiver.

Center Kirk Barron is the only returning starting on the offensive line, and it showed. The defensive line lived in the backfield at times, especially in the second half against the second and third team. The defense recorded 10 sacks (three from junior college transfer Kai Higgins, two from Gelen Robinson and two from Rob Simmons). The offense finally found the end zone in the final minute of the second half when fourth-string quarterback Aaron Banks connected with Malik Kimbrough.

“They do have a lot more young guys, but we do, too,” Robinson said. “In a sense, we’ve played more guys, especially on the D-line. At the same time, being able to get that experience for the younger guys has helped us. Our second string and third string is right there with our first.”

The spring game concluded Purdue’s spring football period, which included 14 practices and the game. The Boilermakers will have a little bit of a different look by the time they take the field against Louisville for the season opener in Lucas Oil Stadium with a full class of freshmen and several junior college and regular transfers set to join the team.

And don’t be surprised to see a few more of those trick plays.

“I think the entire spring was productive,” Brohm said. “We got better and found out what we can and can’t do, which is important. I think we realized that come this season, we’ve got a lot of work ahead of us. We have to find ways to create more depth and get guys better. Also, we’re going to have to be creative in what we do. Not just on offense but on both sides of the ball."