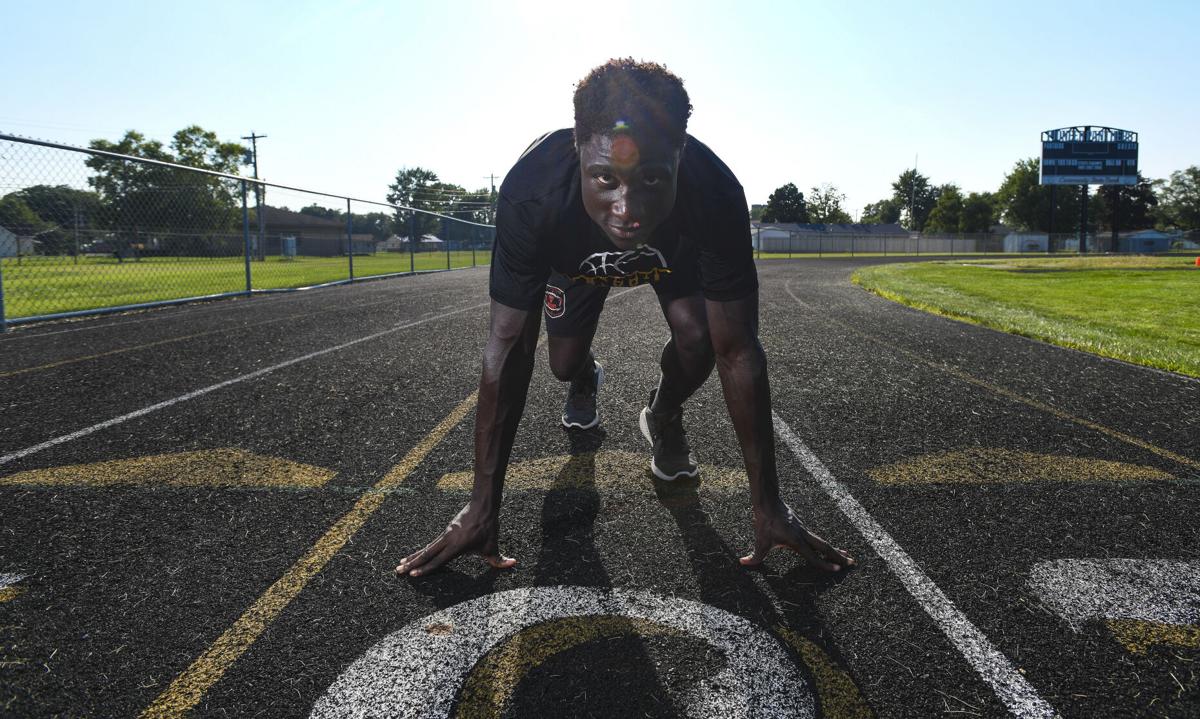 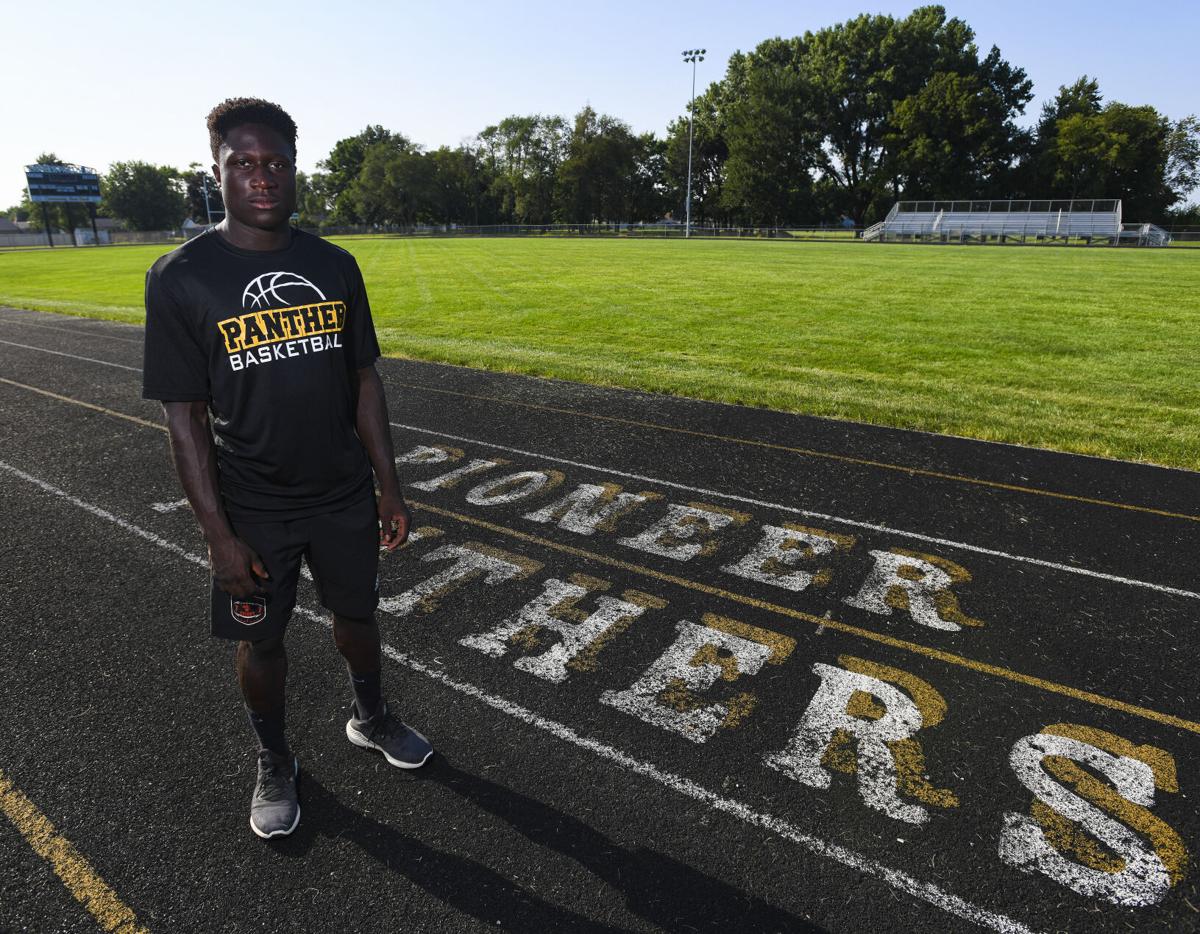 When Ezra Lewellen ran his way to the 100-meter dash state championship in June, an opportunity to run track at Purdue University soon opened up for him.

“One of the Purdue coaches came up to me and told me to contact him once I was done with all my races and stuff like that, so I did,” Ezra said. “Then he asked me to come for a visit and I did a few weeks ago. They offered me and I took it and now I’m in the process of getting into admissions.”

Ezra previously was going to run track at IUK, but his state championship gave him the opportunity to move up to Purdue.

He said he’s getting a 50% scholarship his freshman year which will increase to 60% over his final three years with a chance at increasing.

The plan is for him to run sprints for the Boilermakers, which includes the 100, 200 and relays.

Ezra’s twin brother, Addai, will join him on the Purdue track team as a preferred walk-on. Addai also might try out for the Purdue football team next year but Ezra does not plan to do the same.

Ezra and Addai were starters as freshmen and sophomores on Pioneer’s state championship football teams in 2017 and 2018, the second and third football state championships in school history. The Panthers were possibly a key injury or two away from winning a Class 2A state title last fall as their season ended with a narrow loss to Fort Wayne Bishop Luers in semistate play.

Ezra won Pioneer’s seventh state title in track overall and first on the boys side. Sami (Williamson) Urban won in both the shot put and discus in 1990. Danielle Kerr was the state champion in the high jump in 1997 and 1999. Madison Kiser won in the 800 run in 2016 and 2017.

Ezra and Addai’s senior classmates Madison Blickenstaff and Mackenzie Walker were starters on four state championship teams in their high school careers, two in softball and one each in volleyball and girls basketball.

Shortly after winning his state title, Ezra was paraded through the Royal Center for his accomplishment.

“Just going around Center and seeing all the supporters on the streets was a pretty proud moment for me and it really showed that the community really cared,” Ezra said.

He said he didn’t expect to soon be known as The Fastest Runner in the State going into the event.

“It was my senior year, going to be my last 100 of my senior year and I made it to the finals and I was like ‘just give it all you’ve got, try to make a show’ and I guess that’s what happened.”

Ezra outdistanced runner-up Esau Haynes of Michigan City by 0.004 of a second.

“I think it was the lean that got the guy in second,” Ezra said. “As I was coming up to the finish line the guy was right next to me and I knew I had to get that lean in to hopefully secure maybe a first or second. I think the lean that really helped.”

Ezra credited Zach Williams for coaching him up in track going into the state meet.

“For the most part I haven’t had too much coaching. But I did have coach Williams help me with block starts. I think that also really helped in my pursuit of getting first place in my race. It was more towards regionals and then state that Zach helped me with getting better block starts and he gave me some advice about staying lower in the blocks when I got out, because usually when I go out of the blocks I stand straight up so Zach helped me stay down lower and longer which I think did help me during the state finals.”

Standing at 5 feet, 6 1/2 inches, Ezra is probably one of the shorter 100-meter dash state champions in the 117-year history of the event.

“The guy that got second place when we were standing on the podium, he was basically my height, I was a few inches taller standing on the first-place podium,” Ezra said.

If Ezra and Addai were closer to 6-foot or taller, they might have had their choice on where they wanted to play college football as defensive backs. But Ezra said he was going to be done with football no matter what once his Pioneer career was over.

“I think if we were taller that would help Addai’s football recruiting more,” he said.

Having Addai always there certainly helped push Ezra as an athlete, including this past track season.

“During meets we would run events together, we’d try to push each other. So having Addai I think really has helped me become better,” Ezra said.

Looking back, Ezra said a lot of teamwork went into him winning the 100 dash state championship.

“I couldn’t have done it without my coaches, friends and family,” he said.