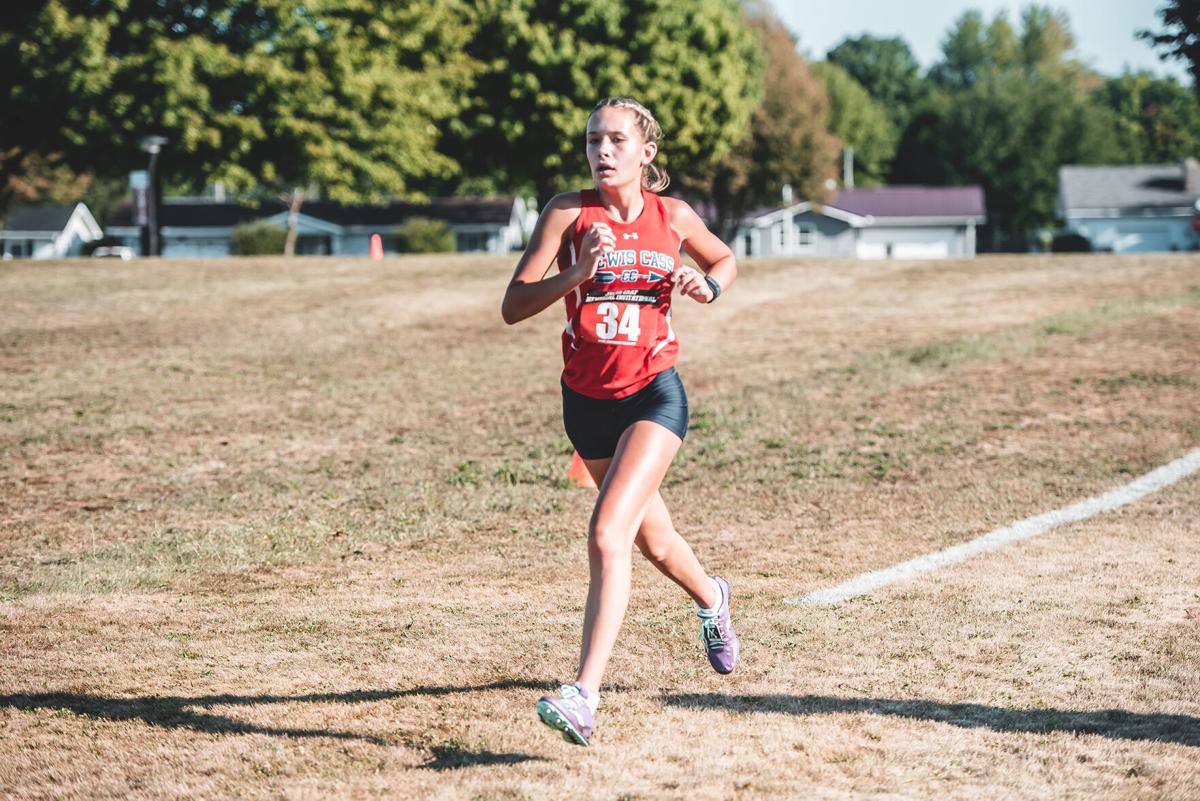 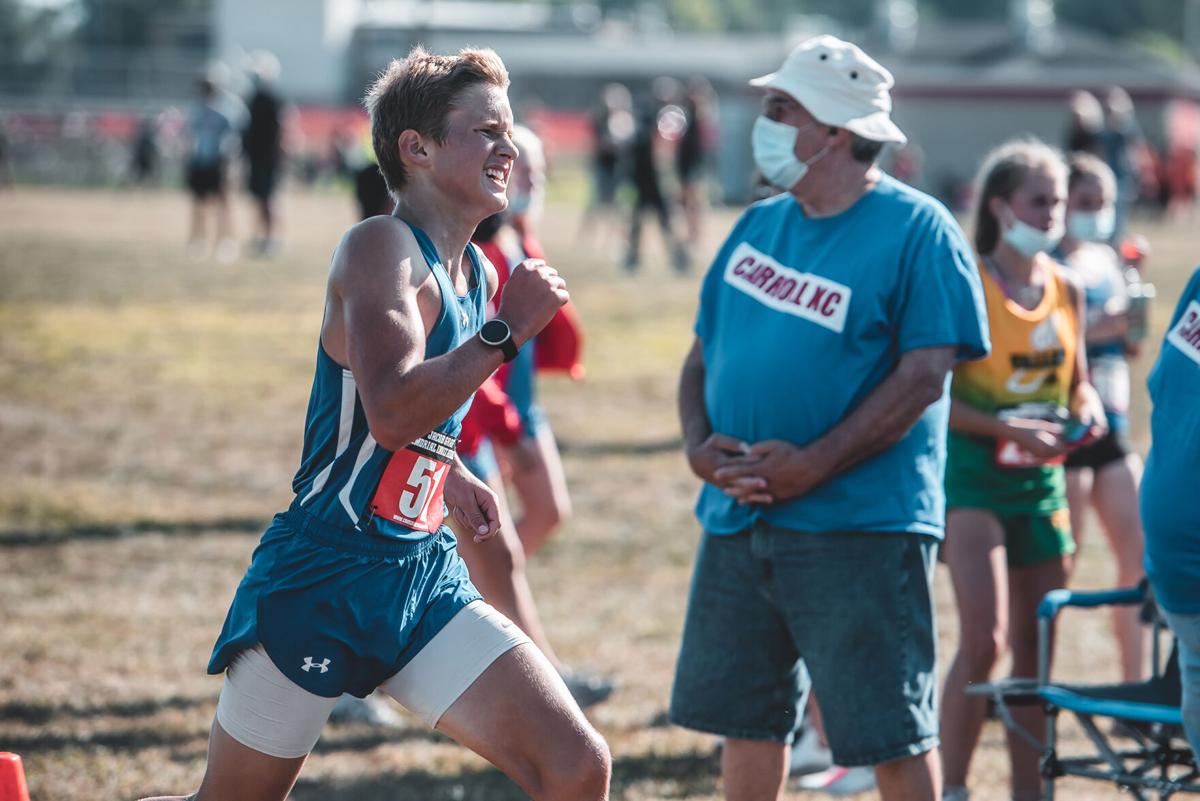 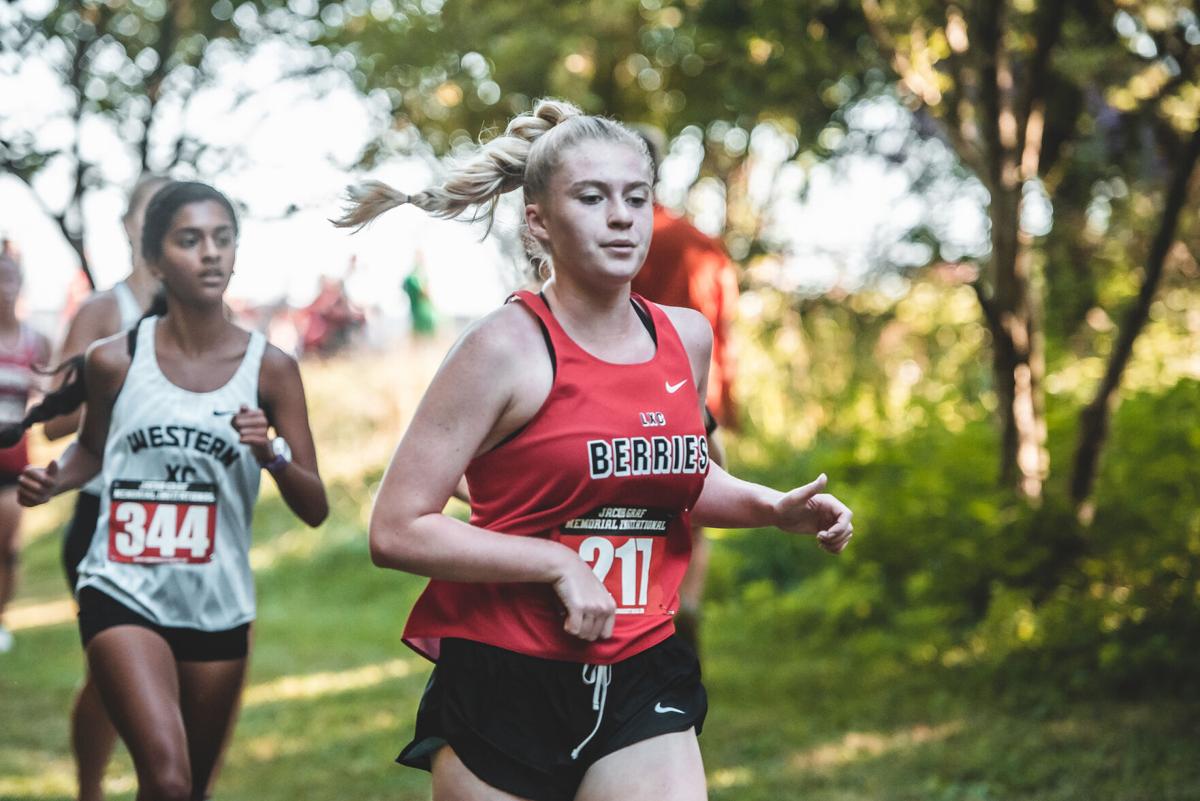 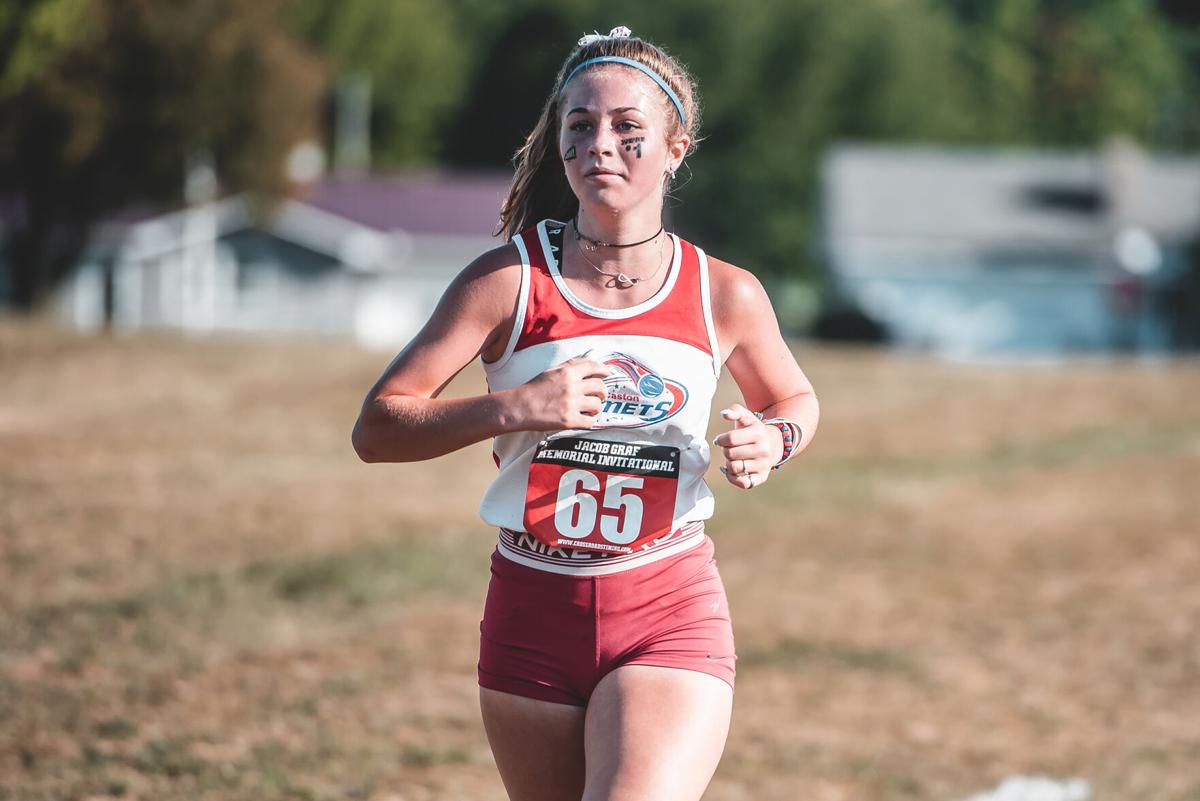 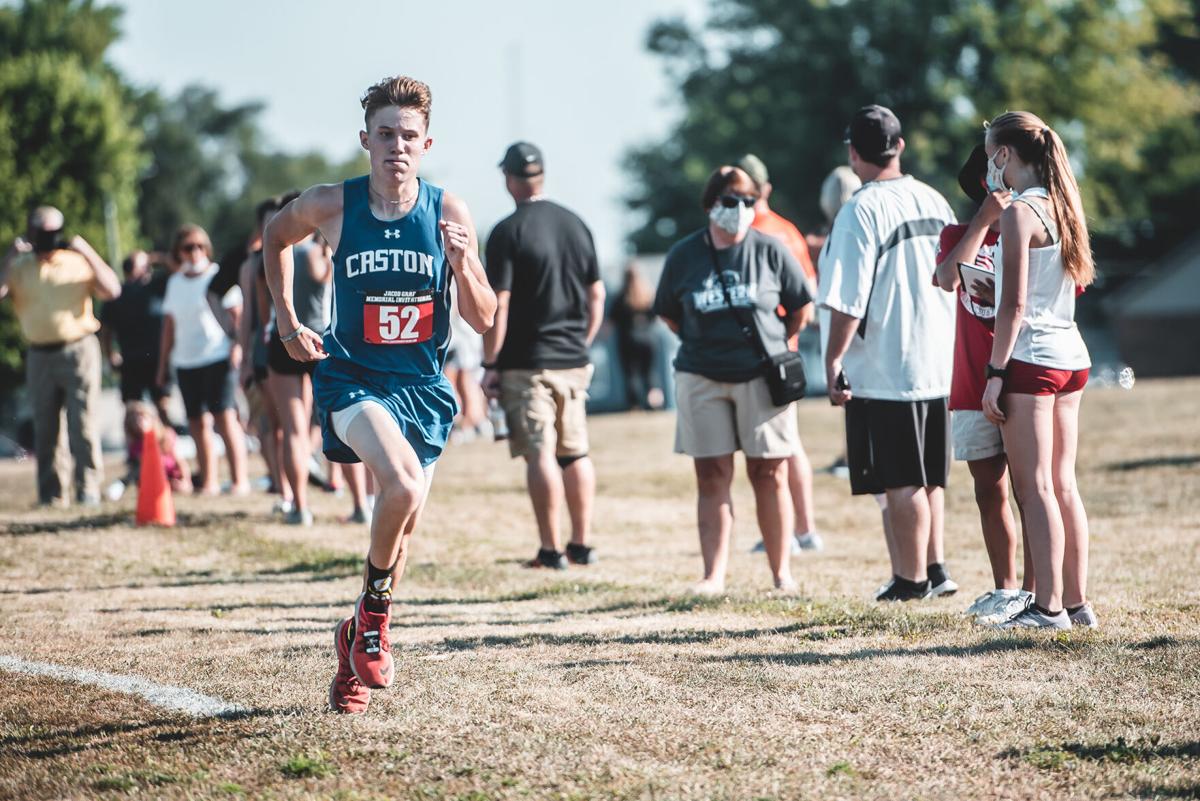 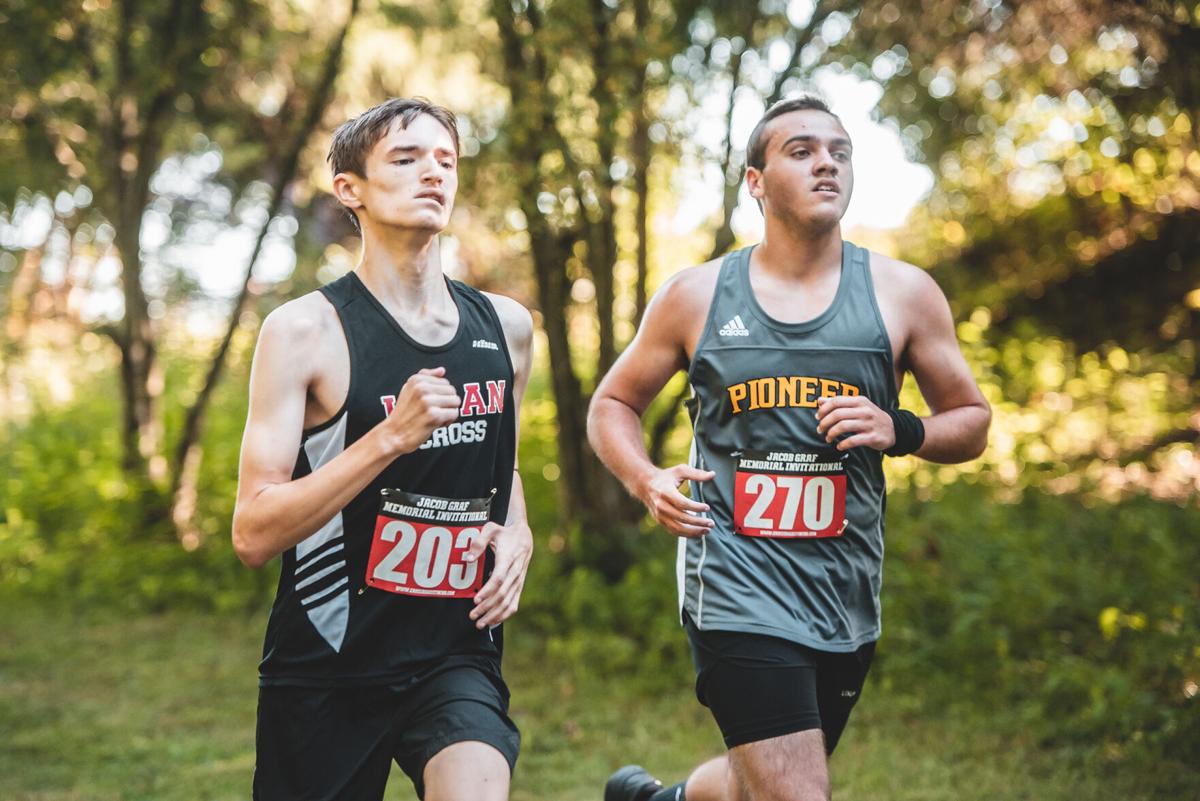 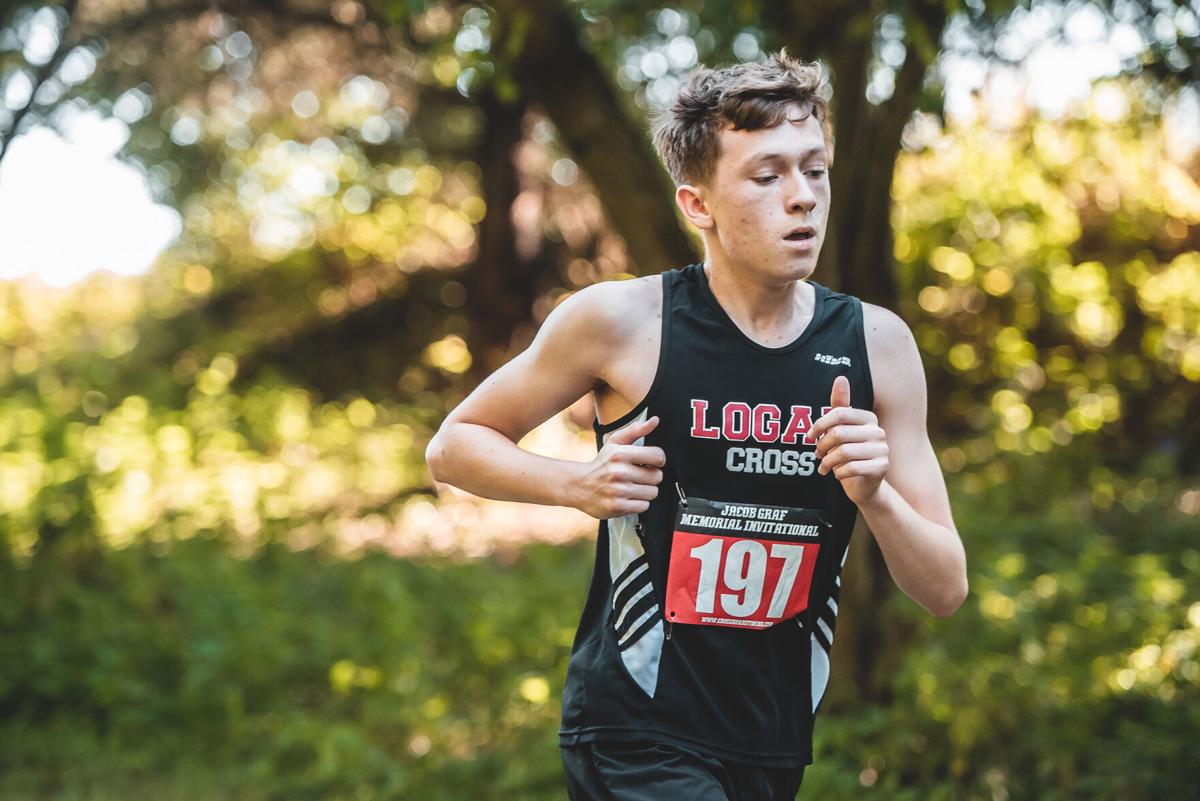 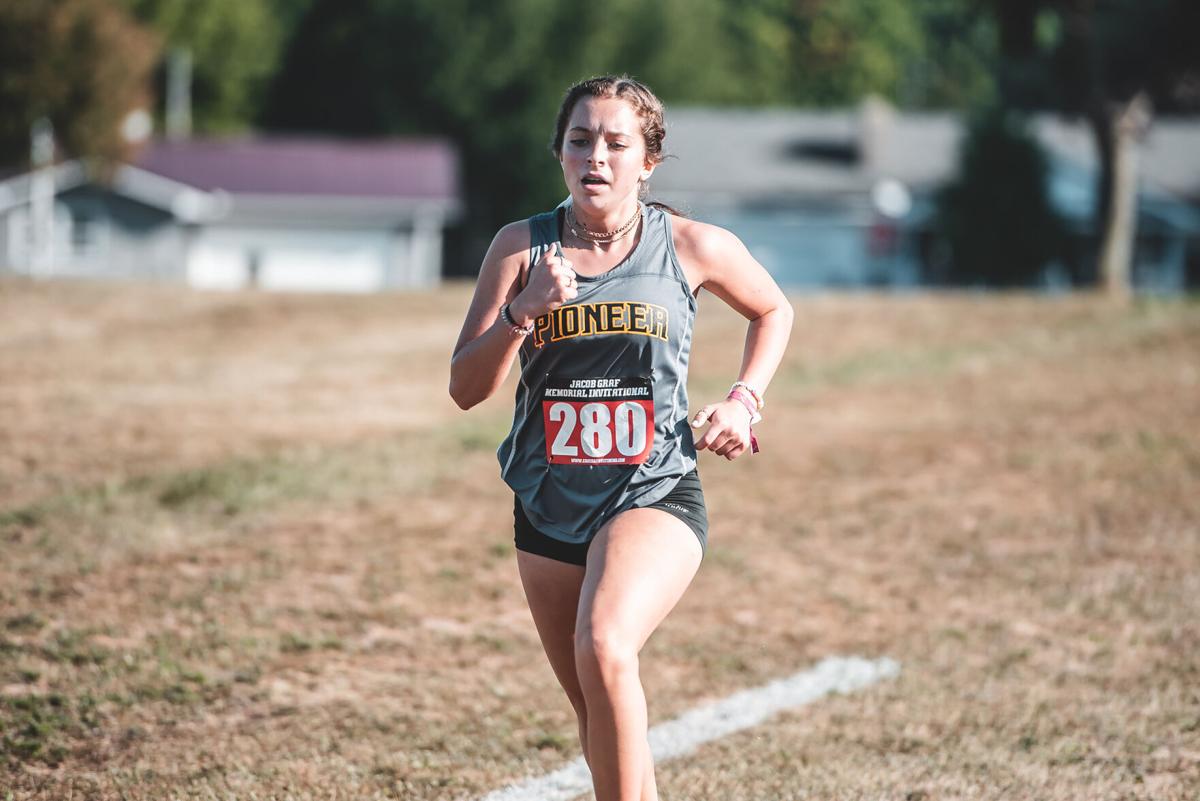 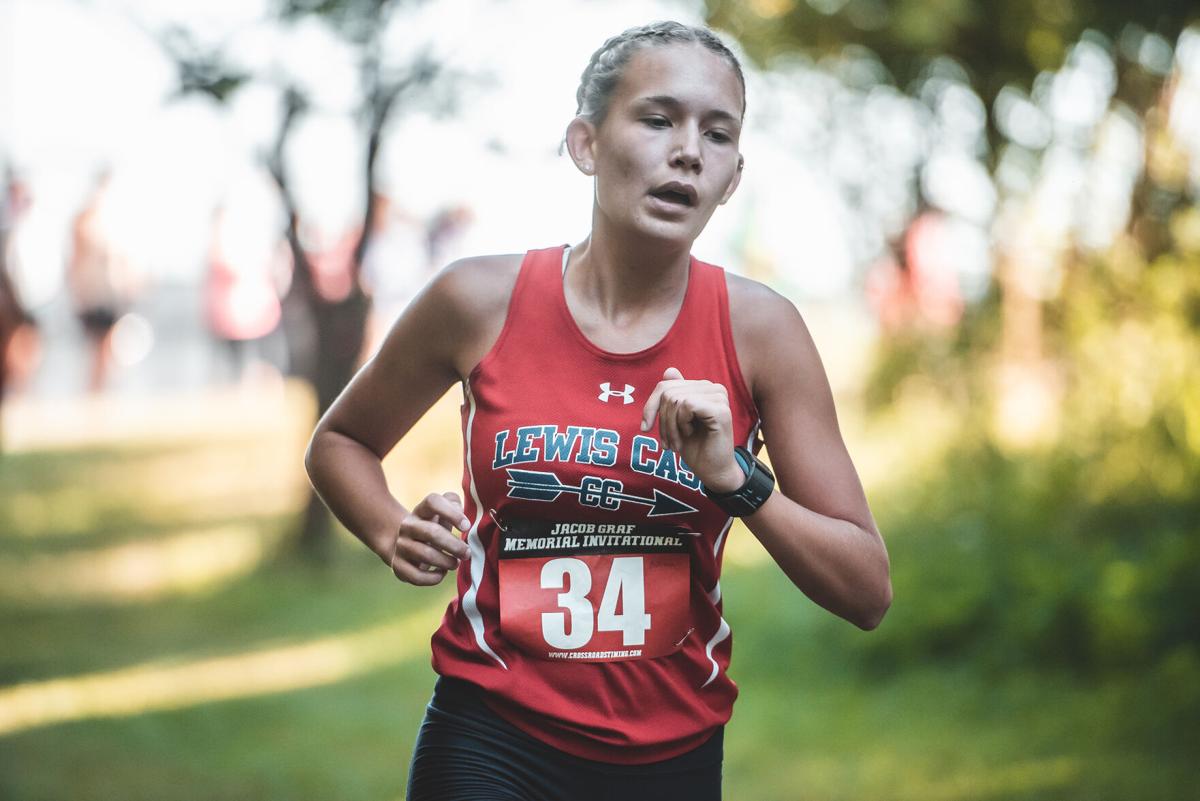 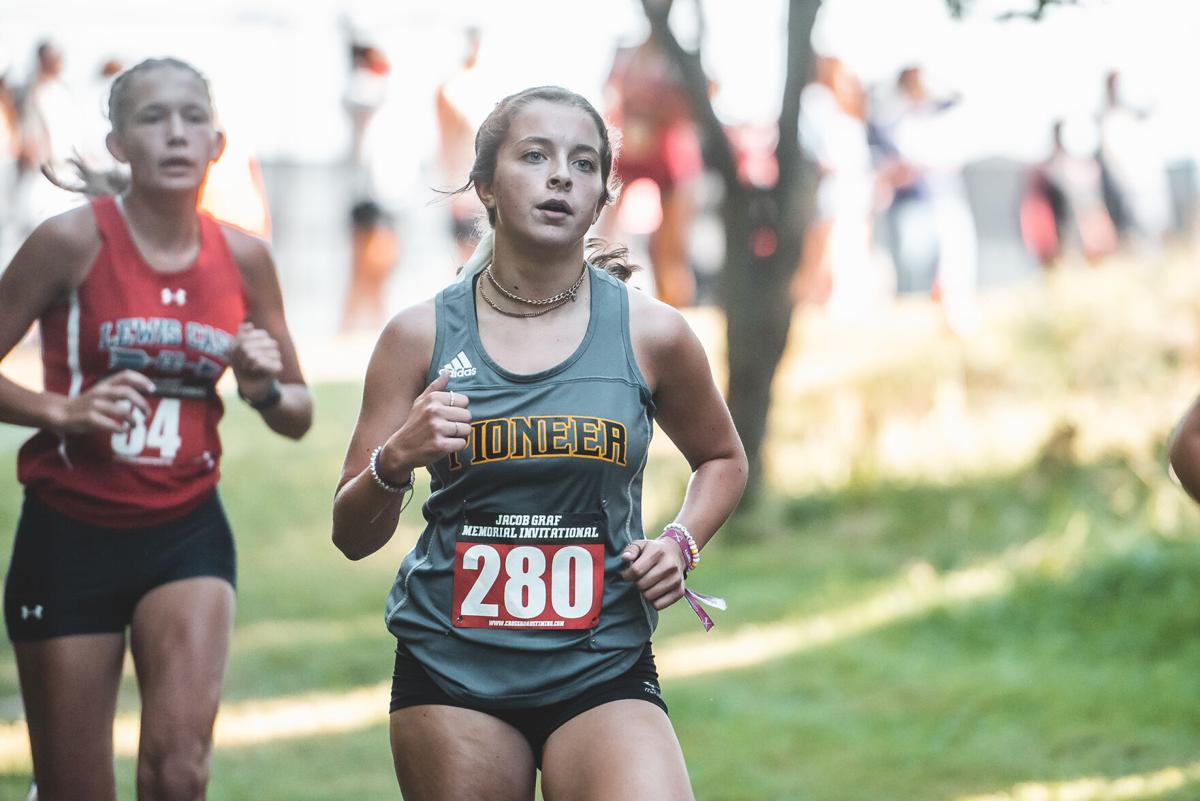 “I couldn’t be more proud of how our Lady Kings started the season today,” Cass coach Denise Rush said. “We knew Fishers coming to the meet would give us great competition as they were fourth in the state last year. We have three talented top three runners who have been running together and pushing each other in practice, Makenna Leicht, Odessa Vest and Liberty Scott, who improved two minutes from her last year’s time at this meet. We have a great second pack of three tough girls, Delaney Zeck, Bella Panmei and Kenzie Dockery. Delaney improved a minute from last year’s race while Kenzie and Bella ran all-time personal best times. Morgan Minnick makes up our top seven as she will continue to improve as I share her with her livestock judging and showing her 4-H animals. We went out to compete and improve from where we started last year. We also know how blessed we are to have a season so far, we are going to enjoy each day of practice and every meet we have this year.

“These girls put in the work this summer on their own April through June then with their teammates in July. That is what it takes to have a base to train and improve. We have 11 seniors this year, four of which make up my top seven varsity: Odessa Vest, Delaney Zeck, Bella Panmei and Morgan Minnick. Other key leaders who have been with me four years are Kyla Mennen, Laura Hughes, Olivia Packard and Kambri Burks. Kate Madrigal came ran for us sophomore year and returned this year. Emmalee Zoubul came out this year as a senior because she admires our team and wanted to be a part of our atmosphere. We are 25 runners strong this year as our biggest team in Cass girls program history. We are also blessed with two managers who I couldn’t do without, senior Natalia Martin and sophomore Morgan Sailors.”

“We were very pleased with the effort the team gave us today,” said LHS coach Brian Morrill. “Malia hasn’t competed in two years due to injuries and for her to come out and finish in the Top 20 with this field today was very encouraging. We know she can go a lot lower as the season goes along. Maria Perez has been battling some knee pain so her mileage had to be cut back, but she ran a good race today for us and based on last year’s times we know she will be in the 21’s again by mid to late season. Azucena Hernandez has been working so hard and she made a big contribution for us today as our number 3 runner and our number 4 was Gabby Richie who is going to surprise a lot of people as this season goes along. She PR’d today running the last mile with just one shoe. She has a much greater mileage base than a year ago so we expect great things from her this season. Erica White has also experienced some injury issues this summer, but we know Erica’s heart and we think she can pull herself up to the front of our pack as the season goes along.

“We had to run today without two of our top runners, Carolayn Salamanca and Gabby Reyes, due to having to quarantine and not having the required number of practices in to compete. They haven’t been sick and have continued to train on their own, but they had to sit out practices because they were exposed to others who had COVID symptoms. They will be on the starting line next Saturday and our team will be a lot more competitive once we are back at full strength. We are very excited for this season because this is a senior-dominated team that has set high goals for themselves this season.”

“I think that this season hold great things for these ladies,” Caston coach Blair Zimmerman said. “They’ve set some serious goals for themselves, and it’s exciting to see them working hard to make them happen.”

“It’s fantastic to be back out competing again. I can’t wait to see how this season unfolds, especially given that we had several runners away at a soccer match,” Zimmerman said.

The Kings won their event with a 2-0 showing. Tippecanoe Valley placed second and Eastern placed third.

Cass’ Jack Salyers (No. 1 singles), Ethan Johnson (No. 3 singles), David Woolever and Jensen Burrous (No. 1 doubles) and Blaine Rudd and Nolan Young (No. 2 doubles) each won at their respective spots.

The Berries (3-0) led just 3-1 at halftime before scoring six unanswered goals in the second half.

The loss to the Hot Dogs was the Comets’ season opener.

“We played a good Frankfort team that pushed us from beginning to end,” Caston coach Nars Sanchez said. “We had our moments of opportunity and a few chances that we were unfortunately unable to capitalize on. Frankfort controlled good portions of the game and because of that we found ourselves defending our third a majority of game.”

Caston bounced back with the 3-2 win over Rossville. Brayden Breed scored the first two goals on assists by Colby Pugh and Rowan Jellison. With less than two minutes on the clock, Chase Brault drove a cross across the face of goal that Edison Byrum was able to put away for the game-winner.

“It was good to see the resilience of the kids today,” Sanchez said. “Being able to come from behind and gut one out is a testament of their grit. Great win for the team.”

The Berries had a good effort but fell to 1-1-1 on the season with a loss to visiting Plymouth.

The Panthers placed third out of nine teams overall. Nies said Illiana Christian is now located northwest Indiana after a recent move and will compete in the IHSAA Tournament this year for the first time in Class 2A.

“They have a really nice team. They play great defense and a couple of left-side hitters that really pound the ball. They ended up getting beat by Martinsville in the championship round and it looked like it was a heck of a match. I really thought out of the two teams Illiana Christian was probably the better team but obviously not on that day,” Nies said. “It would not shock me if Illiana won 2A this year.”

The Comets turned the momentum of the game around with Rebekah Milburn serving 14 points in a row in the second set. She ended up with 24 serving points for the night and led the team in assists. Abby Williamson stepped up her game at the net and had four blocks and six kills while Maddi Smith led the team in kills with 10. Defensively, the Comets were led by a combined effort between Maddi Smith, Isabel Scales, Addison Zimpleman and Kinzie Mollenkopf.

Layne Oliver scored 17 points for the day with an eight-point run against Wabash. Maddi Smith led the team in kills, Rebekah Milburn led in assists, Addison Zimpleman and Kenzie Mollenkopf chipped in defensively, while Abby Williamson led in blocks.

“By winning against North Miami, we were placed in a tougher bracket with some challenging teams,” Caston coach Melinda Shultz said. “We learned a lot during those games and were able to compete with and challenge them. While we have some changes to make and things to work on, I saw a lot of good things on Saturday.”

Andrea Hair and Jordyn Hensley each shot a 47 to lead the Kings. Kendall Hlebasko had a 54 and Kassidy Henry had a 64.