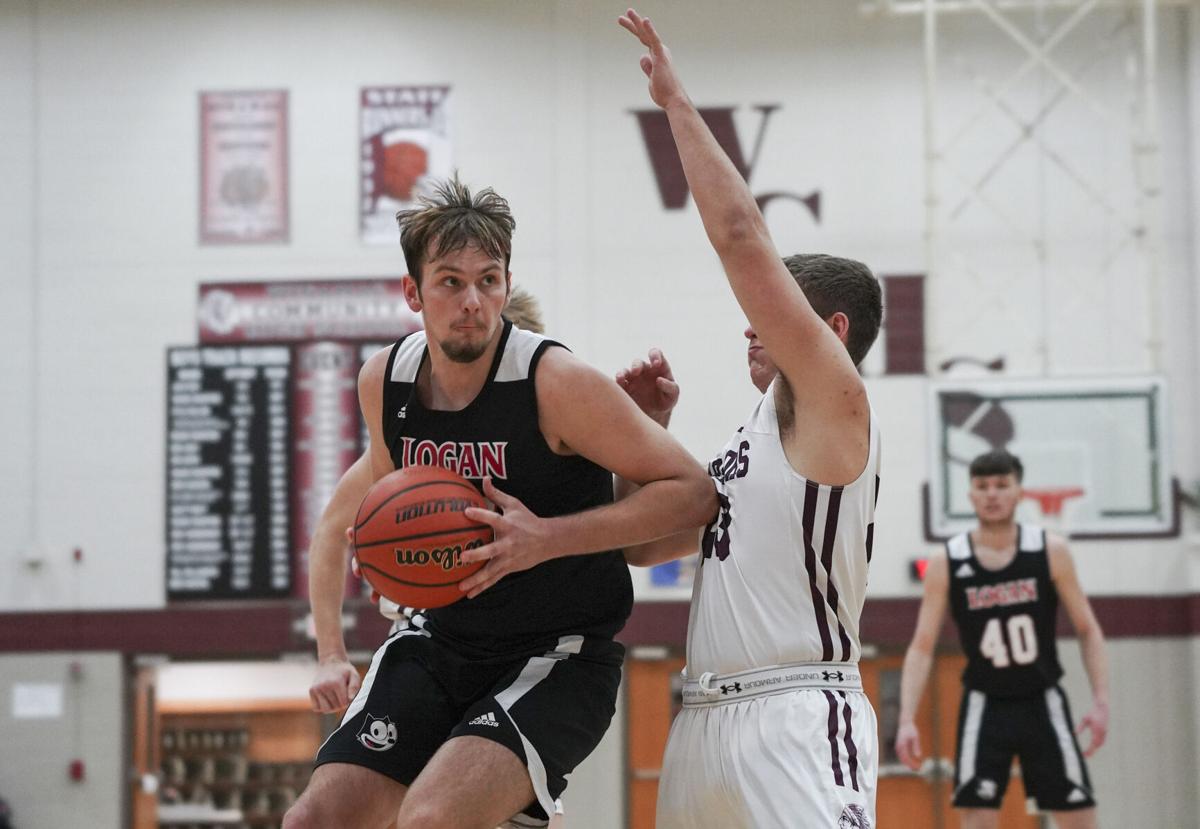 Logansport’s Carter Davis, shown playing this past season for the Berries, will play college basketball at University of Health Sciences and Pharmacy in St. Louis. 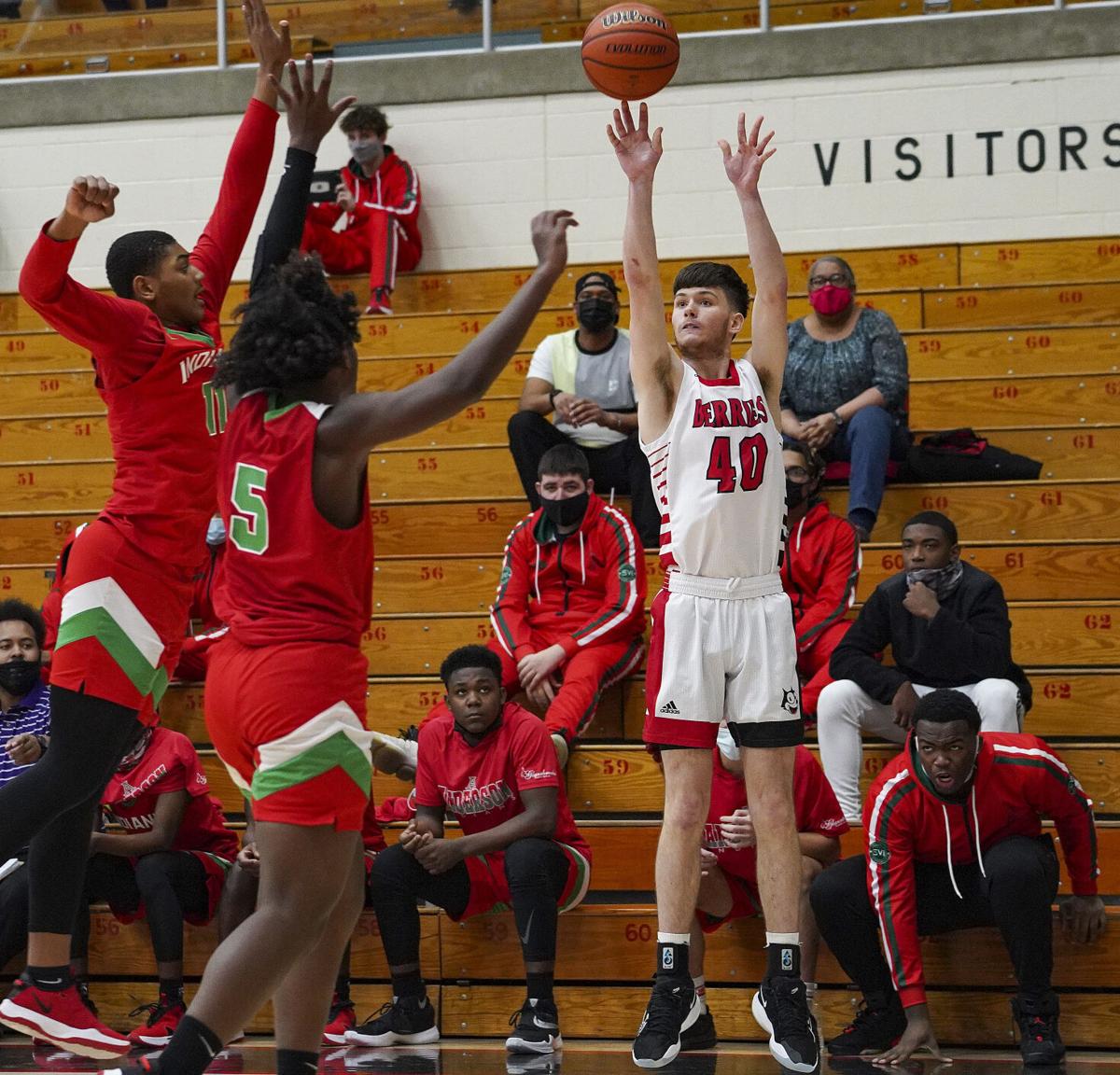 Logansport’s Jamien Piercefield, shown playing this past season for the Berries, will play college basketball at Manchester University.

Logansport’s Carter Davis, shown playing this past season for the Berries, will play college basketball at University of Health Sciences and Pharmacy in St. Louis.

Logansport’s Jamien Piercefield, shown playing this past season for the Berries, will play college basketball at Manchester University.

Those qualities have led them to opportunities to play basketball at the next level, as Davis will play at the University of Health Sciences and Pharmacy in St. Louis and Piercefield will play at Manchester University.

“I’m going one of the big guys that will be on the team besides another kid that’s 6-6 but he’s more of a forward,” Davis said. “There’s not really that center size that they have.”

Davis said he will major in physical therapy at UHSP, which is an NAIA school.

“It’s a blessing to be honest. I’ve always had the dream of playing college basketball and getting a degree,” he said. “I’m looking forward to making a connection with some guys, getting some friendships and having friends that I’ll have later on in the future.”

Logansport coach Drew Schauss, who recently took the job at Avon, said he was happy to see Davis land at UHSP.

“Carter’s got a really cool opportunity to go out to St. Louis where they play in a tough conference,” Schauss said. “They were looking for a big guy. Their new coach is looking to revamp the program. Before they weren’t as competitive and now with this new coach, they have a brand new campus, brand new facilities, beautiful area in St. Louis. He’s looking to start from scratch and get these kids bought in and build a program. So Carter’s going to be able to start at the ground floor of something that could be really special at the NAIA level. He’s dealt with some injuries before his junior year and battled through his junior year, had a good senior year. So I think Carter’s really going to enjoy it out there and he’s going to play some really good competition. I think it’s a great opportunity for him to go out there and continue his basketball career.”

Piercefield had to wait until his senior year for his varsity opportunity but made the most of it, earning a starting role for the Berries and averaging 6.5 ppg while making 43 3-pointers (1.9 per game) at a 38% clip.

The 6-3 guard showed he could play in the NCC and now he will play at Manchester, an NCAA Division-III school.

He said he plans to major in business management there.

“Manchester, some people might not think about it, but it’s a really good school for basketball,” Piercefield said. “Going there and seeing the gym and the arena and just the whole community there, it’s something that I’m glad to be a part of and can’t wait for this year to come. I’m just looking forward to everything that’s going to be happening.

“I’ve been playing basketball since like the age of 4. It’s always something I loved to do. To be able to further that at the collegiate level is just something pretty amazing, I think. I just have to thank the Manchester coaching staff, Drew Schauss and all the other coaches at Logansport. They had a big part of what I am right now and I’ve just got to thank them for that.”

“He is a coach that loves getting the ball down quick, getting a great shot. But he values the 3-point shot a ton. If you seen Jamien play, Jamien can shoot the leather off the ball. He’s a very pure shooter and he’s worked his butt off too in the weight room this past spring and summer and looks good, working really hard,” Schauss said.

Piercefield and Davis aren’t the only members of their Logan Berries basketball team who are going on to play college sports, as Malachi Pearson will play basketball at Grace College and Juan Perez will play soccer at Holy Cross College in Notre Dame.

“It’s exciting to see these kids not only play basketball but move on to college, Juan Perez doing the same thing at Holy Cross,” Schauss said. “I don’t know if Garrett Barron is going to end up playing, he may try to, I think he’s going to end up at IUK. You’ve got a lot of really good kids that are extending their education but they’re also some of these guys that are going to play basketball. So hopefully they carry that love that they had for it in high school over to college and then have great careers.”