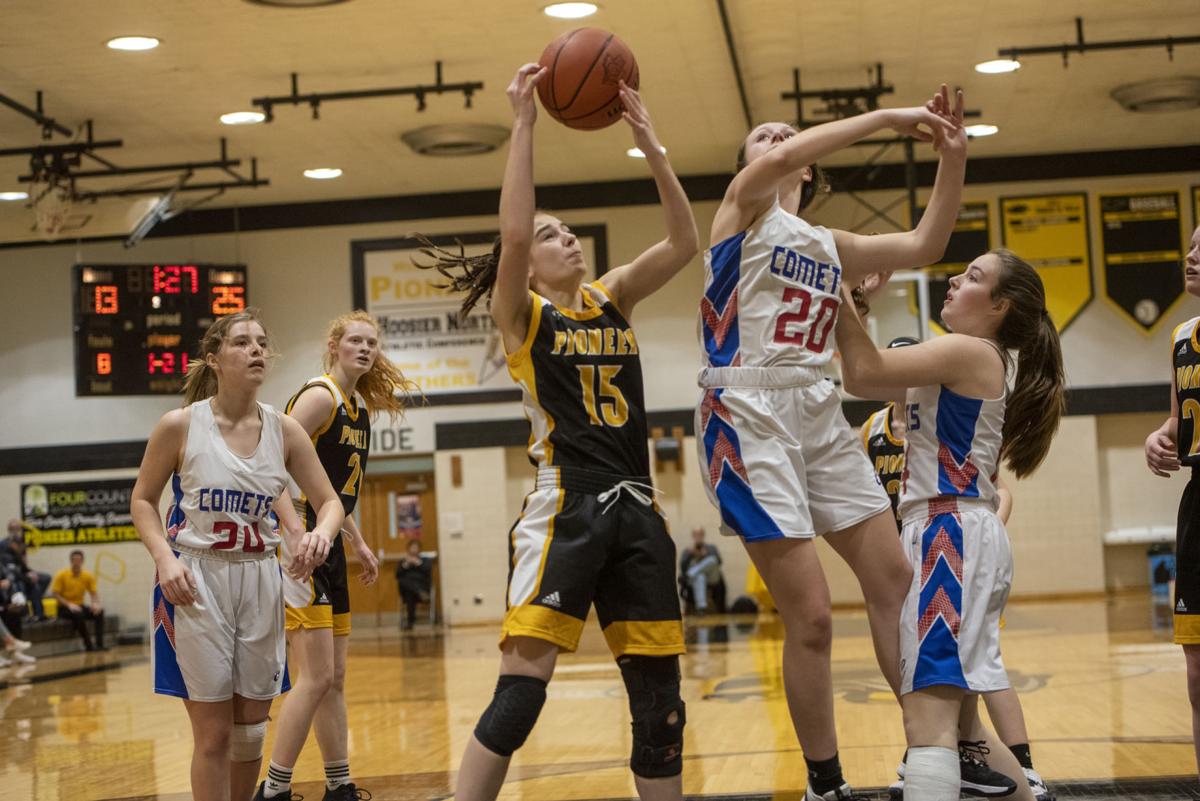 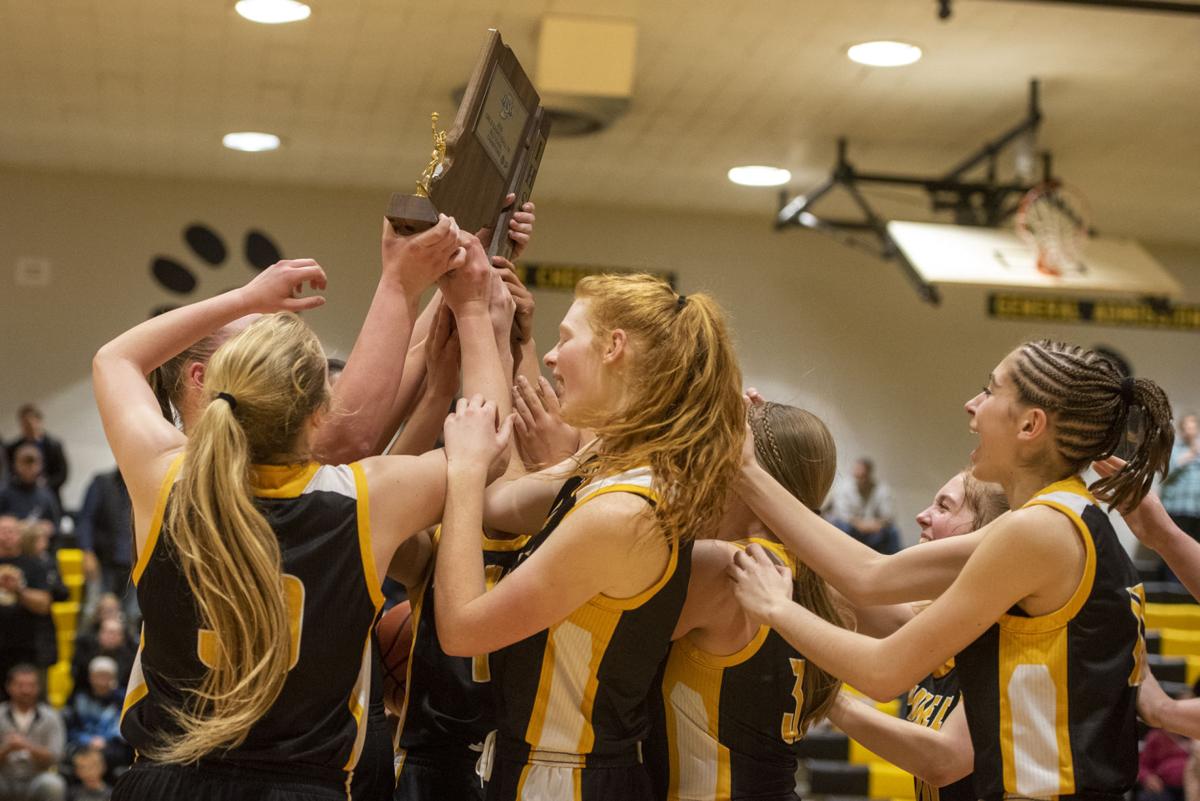 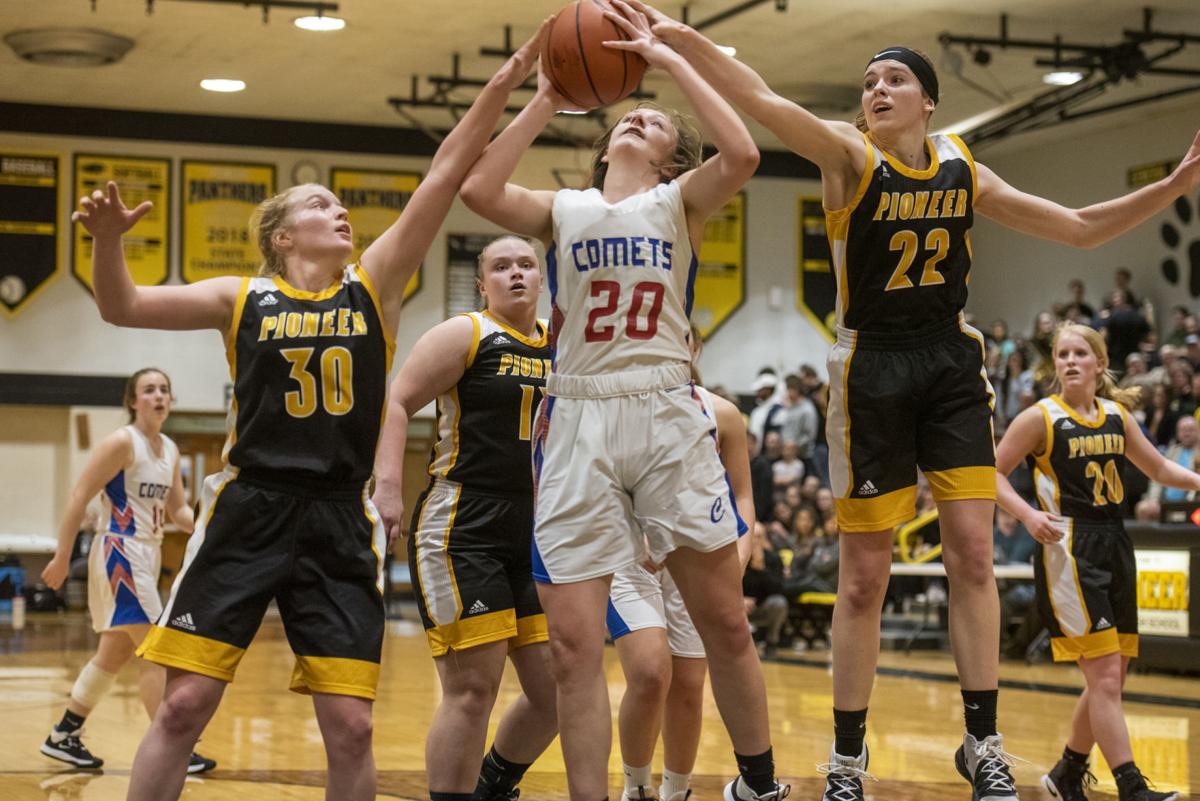 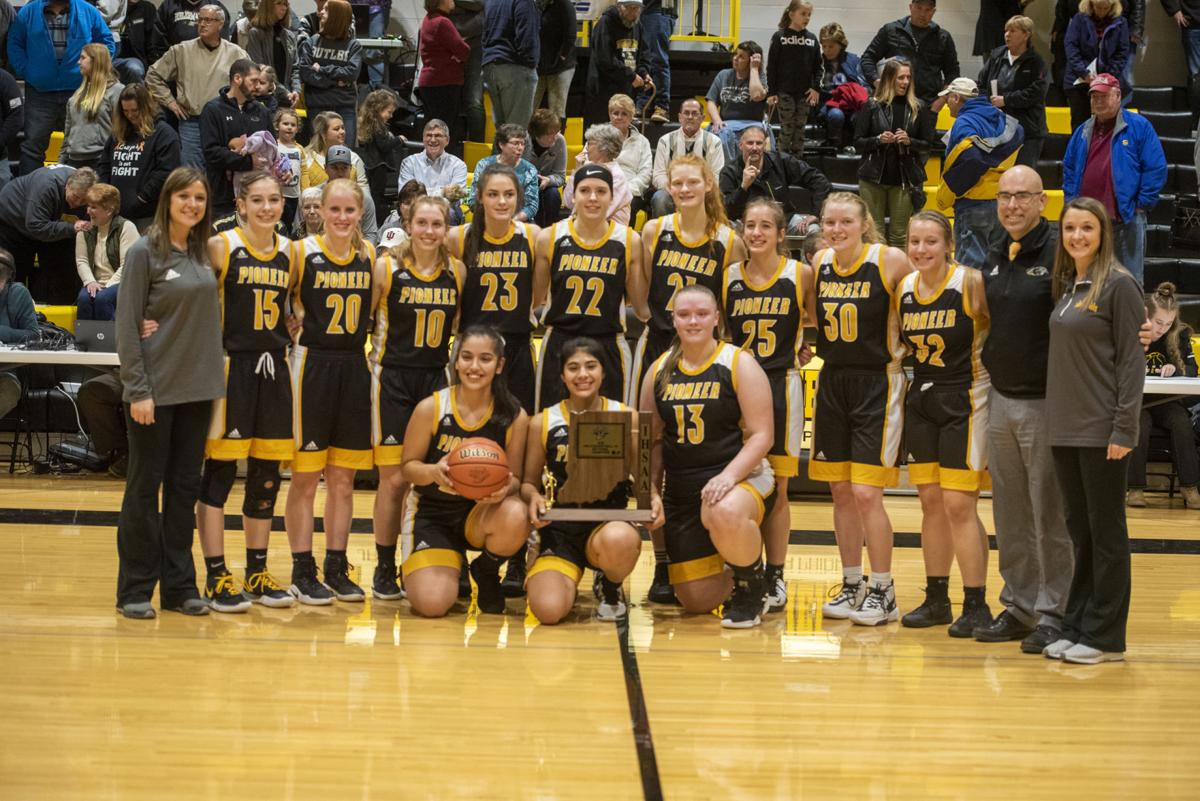 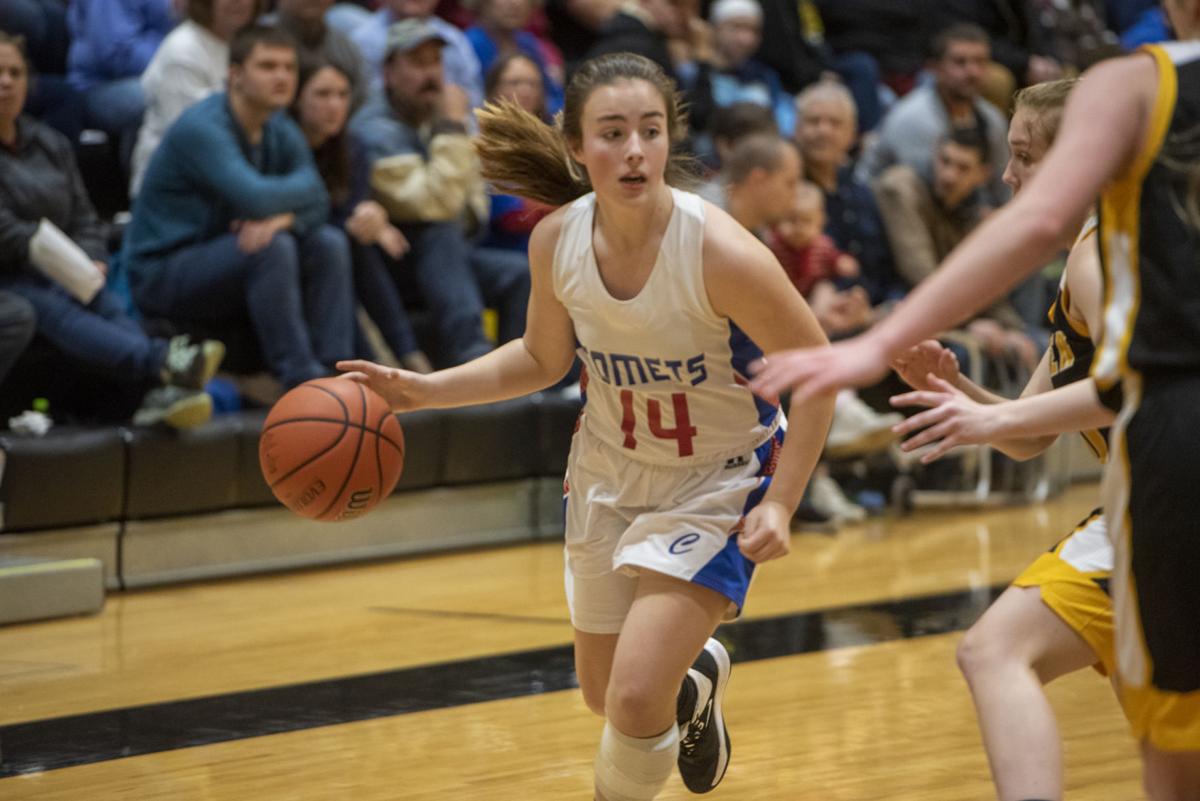 That happened to be here on Friday night when Caston knocked off 16-win North White in a semifinal game.

But the Comets faced an even bigger challenge against No. 4-ranked Pioneer in the sectional championship game on Saturday night.

The Comets had a good start, but the Panthers were just too much for them as the Panthers pulled away for a 64-20 victory to repeat as sectional champions.

“It’s awesome,” freshman guard Ashlynn Brooke said. “The first half was not how we wanted to play exactly, but we came out and fought hard and got the win. So I think we did really well.”

Brooke’s return helped the Panthers catch fire at the end of the season and win the HNAC title. They were already pretty good without her and have a they have a real shot at winning their first-ever regional title next weekend.

Hailey Cripe outscored Caston by herself with 21 points and was 6 of 15 shooting from 3-point range for Pioneer. She added seven rebounds and four steals.

Olivia Brooke had 11 points, nine rebounds, four steals and three assists. Ashlynn Brooke had nine points, four assists and three steals despite being limited to playing about half the game still due to her recovery from a torn ACL injury.

The Comets (5-19) started well enough. Sophie Jellison and Emma Kay hit back-to-back jumpers to bring them to within 13-9 after one.

But they went on a drought to start the second quarter and Baker’s 3-pointer gave the Panthers a 21-9 lead midway through. The Panthers led 29-13 at halftime and the lead grew to 46-17 after three.

The Panthers credited the Comets for making them have a slow start.

“They had strong defense,” Cripe said. “Clingler down there in the post, she does an amazing job. She’s a big body, she gets rebounds. But we took over the boards tonight and that’s what really helped us to win.”

“We really focused on getting the boards, we didn’t do that in the first half,” Ashlynn Brooke said. “And we weren’t pushing the ball as fast as what we should have been. The second half we came out and got rebounds. We really had to play help-side defense down on Clingler.”

Caston coach Don Helmick dialed up a game plan for the Comets to pull off an upset of North White, but he knew it would be more difficult against Pioneer.

“They have so many shooters and then when they can bring in Ashlynn off the bench right now and we’re not a very good man-to-man team, so we zone and you always have gaps in the zone and they were able to find them because we had to extend the wing so much it opened up the middle,” Helmick said. “Blickenstaff had a pretty good first half there. They present some challenges that we were just incapable of stopping consistently.

“The kids bought in and started playing hard there at the end. You get an emotional win and Pioneer kind of coasted [Friday] night and we didn’t have any legs. Pioneer’s No. 4 in state for a reason. They’re better than us. But we knew we were going to have to have legs and finish shots and get back defensively. We just ran out of gas.”

The Comets did throw some wrinkles at the Panthers that they had to deal with.

“They did a great job of executing their game plan [against North White]. I love what Coach did in dropping that point person down on the post and giving them a little trouble there,” Pioneer coach Jeff Brooke said. “Credit him, he did a great job coaching [Friday] night and the girls did a great job executing. That just goes to show at sectional time anybody can win.

“They did a good job of finding our shooters and when Ashlynn came in they doubled her right away. Hailey Cripe did a wonderful job tonight stepping up again, she’s done that all season for us and knocking down some shots. It’s great to see.”

“We’re hungry for a win. We went there last year and we fell short,” Cripe said. “We had some seniors foul out in that game, but we’re even hungrier this year. We’re going come back to practice this week and work even harder and get better each day.”