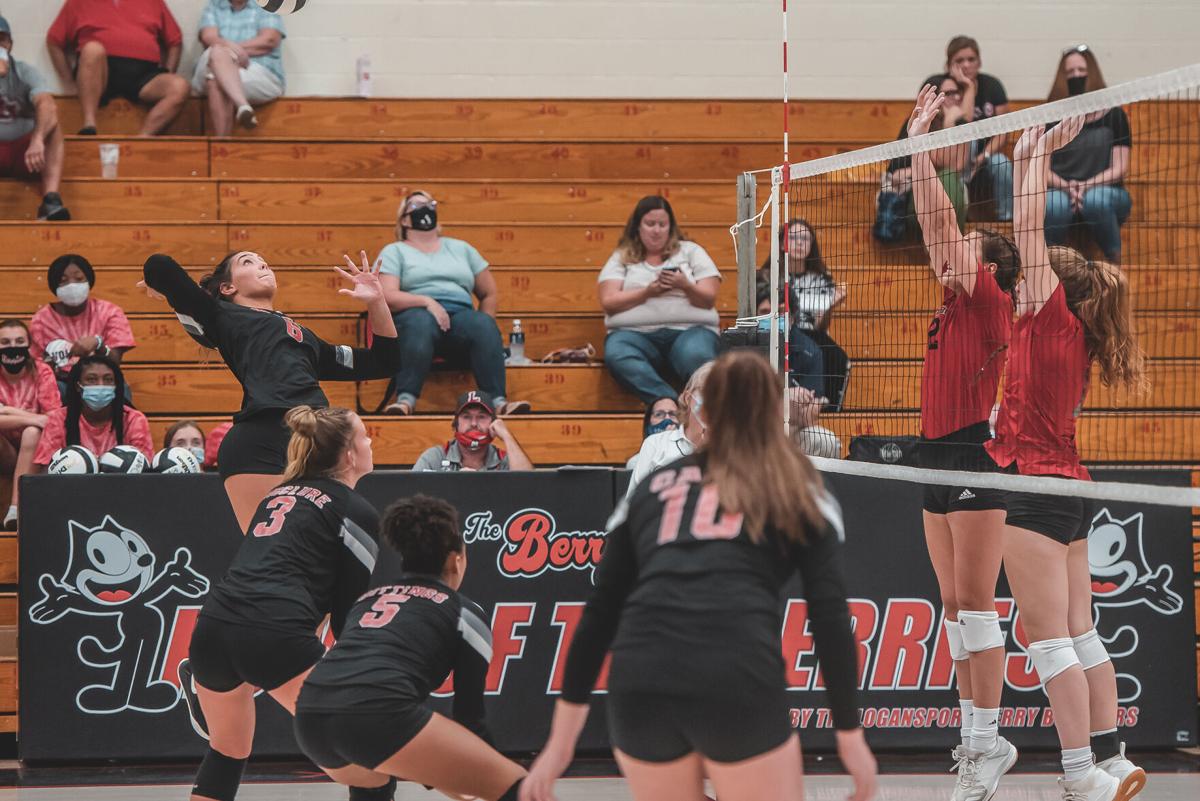 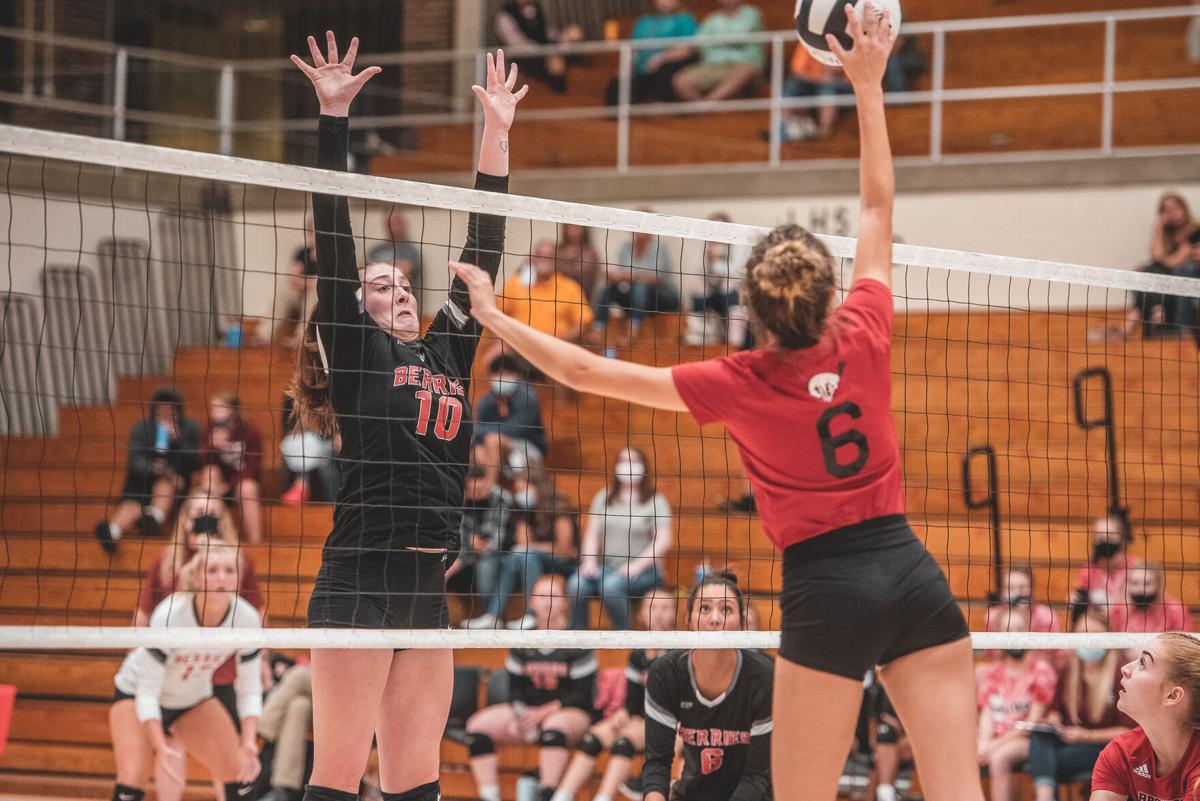 Carley Camp leaps to make a block on Tuesday night. 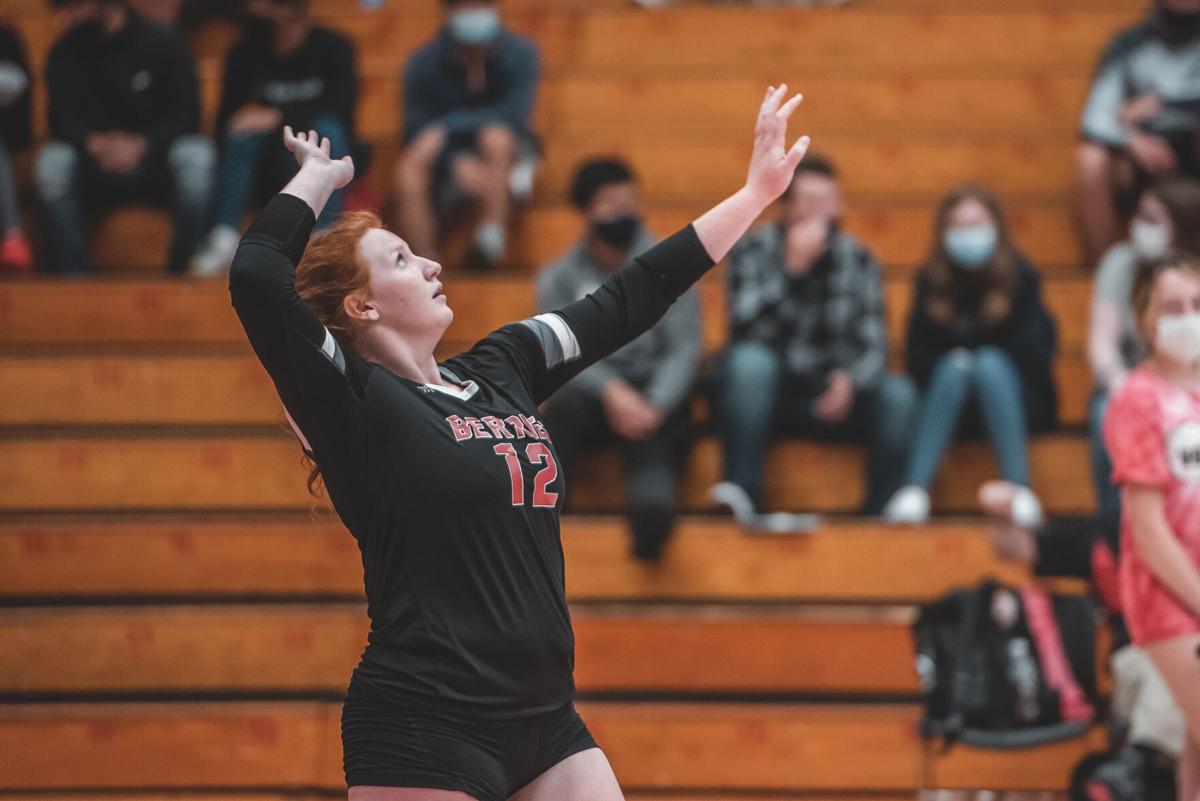 Claire Kitchel serves the ball for the Berries. 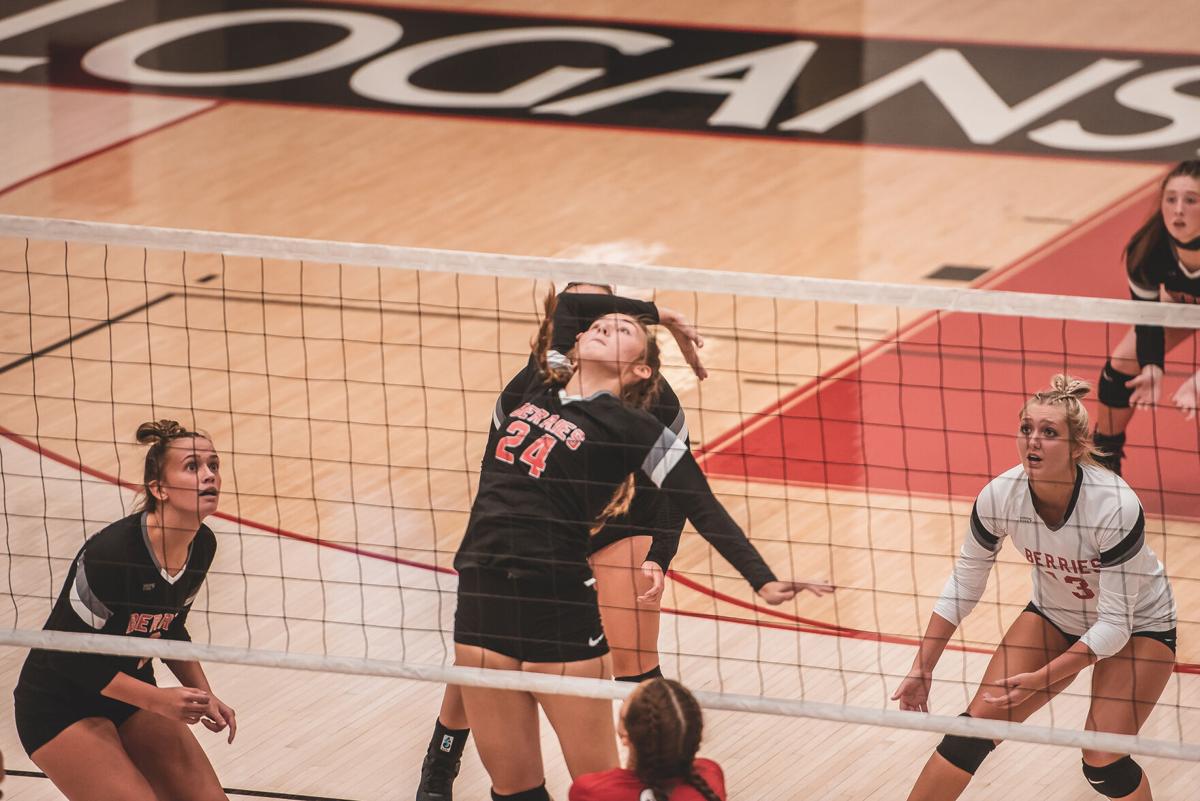 Berlyn Huff hits the ball for the Berries. 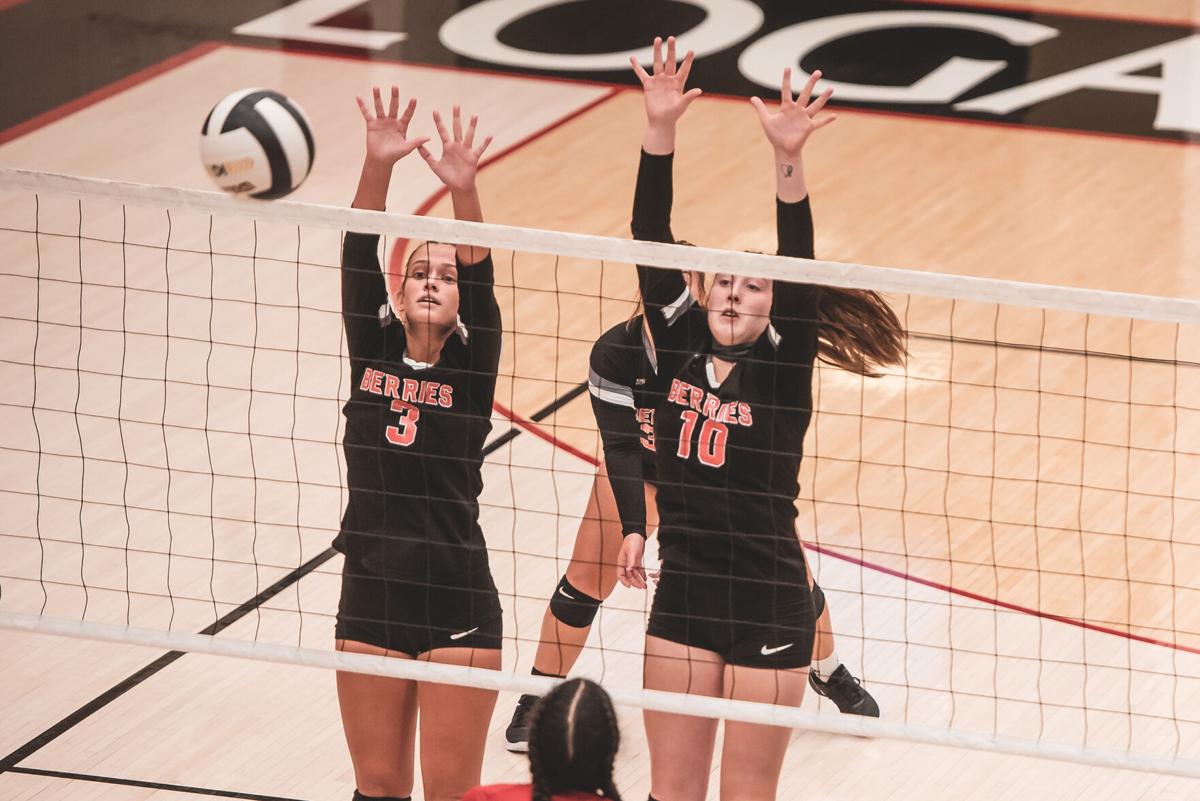 Mayce McClure and Carley Camp leap to block the ball for the Berries.

Carley Camp leaps to make a block on Tuesday night.

Claire Kitchel serves the ball for the Berries.

Berlyn Huff hits the ball for the Berries.

Mayce McClure and Carley Camp leap to block the ball for the Berries.

The Logansport volleyball team has played some good matches against Lafayette Jeff in recent years, including a sectional win last year.

“It didn’t seem like we could touch a ball right tonight,” Logan coach Dena Kuhn said. “We’d have spurts where we’d play really well and play like us and then we would just kind of sit back and let them do their thing. It’s kind of hard to play like that. We have another game tomorrow night against Knox so hopefully we can come back and play our game.”

The Berries (6-11, 0-2 NCC West) weren’t sharp against the Bronchos, and that allowed the Moffitt sisters to completely get going. Kyla and Sky Moffitt showed their impressive hitting ability to lead Jeff to the win.

“We didn’t take them out of system very much tonight. That was one of the things we wanted to do but we didn’t do that and that’s our fault,” Kuhn said.

The Berries played their best set of the night in the second set, as they nearly erased a 16-10 deficit. Claire Kitchel dialed up a pair of aces to give them a 20-18 lead. Mayce McClure’s tip kill gave them a 21-19 lead. McClure’s assist to Josie Carden in the back row made it 22-22. McClure’s kill from the right side made it 24-23 and set point. But the Berries had a hitting error on set point and the Moffitt sisters combined for a kill then an ace to end the set. Logan also had three key service errors that gave Jeff three of its final eight points of the set.

“We’ve had some great games and then when we’re off it seems like everyone is off at the same time. One of these days we’re going to pull together and we’re going to have a streak and they’re going to continue to play the way that they can play,” Kuhn said.

Jenny Requeno had three goals and an assist in Logan’s win at Kokomo.

Yami Mateo added a goal an assist for Logan. Rossy Madrigal had a goal. Joana Valencia added an assist.

Logan had a 4-0 win at Rensselaer on Monday. Requeno had three more goals and Karla Perez added a goal.

Logan travels to Tipton for a 6 p.m. game Thursday.

A bad stretch in the first half hurt Logan in a loss to visiting Harrison.

According to coach Mike Turner, his squad gave up two early goals and played a poor first half and trailed 2-0 at the break. He got on them at halftime and they came out strong in the second half. Juan Perez converted a PK 30 seconds into the half to make it 2-1. But the Raiders closed out the scoring with 10 minutes to play on a goal that Turner thought an offsides should have been called.

But regardless, he said his team needed to have a better first half of soccer. The loss likely takes the Berries (6-5, 1-2 NCC West) out of being able to play for a conference title.

“That’s one thing we lack is that mental toughness when we give up a goal to stay focused and get back,” Turner said. “It’s a totally different game when we get out on our front foot and play the way we know how to play.

“I don’t think they outplayed us as much as we lost our focus. In the second half we made better adjustments, we pressed better, guys wanted it, they actually wanted it in the second half.”

Noah Rogers and Brayden Breed each had an assist. Bailey Zimpleman had six saves in the shutout.

“Solid win away this evening,” Caston coach Nars Sanchez said. “We were more successful controlling the ball today. Our back four and holding mids saw a lot of the ball mid pitch. We were able to finally break down North Miami on two crosses from the wings, however, we kept trying to force balls up the middle with little success for too much of the game. Overall, a solid win for the team.

“Jellison converted two crosses for goals to put us up and to close the game. Breed and Rogers on the assists. Bailey came up big late in the match with another clutch save to keep the clean sheet.”