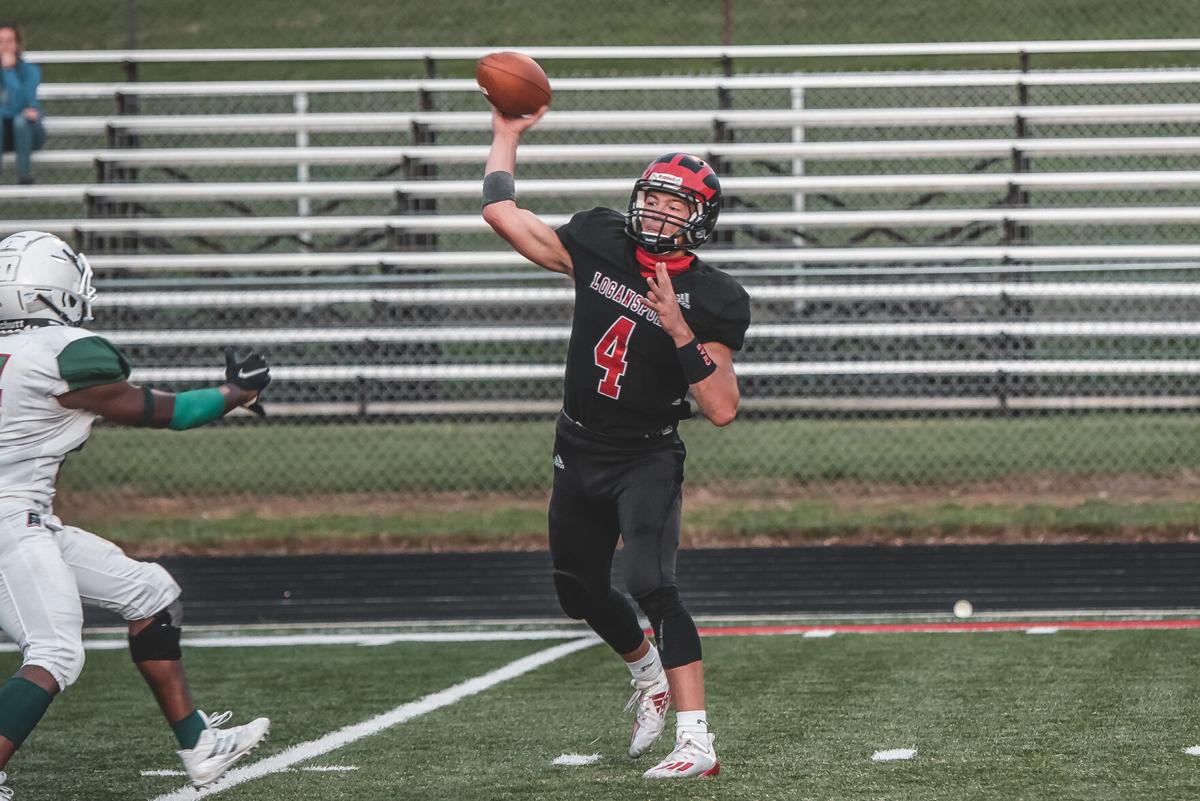 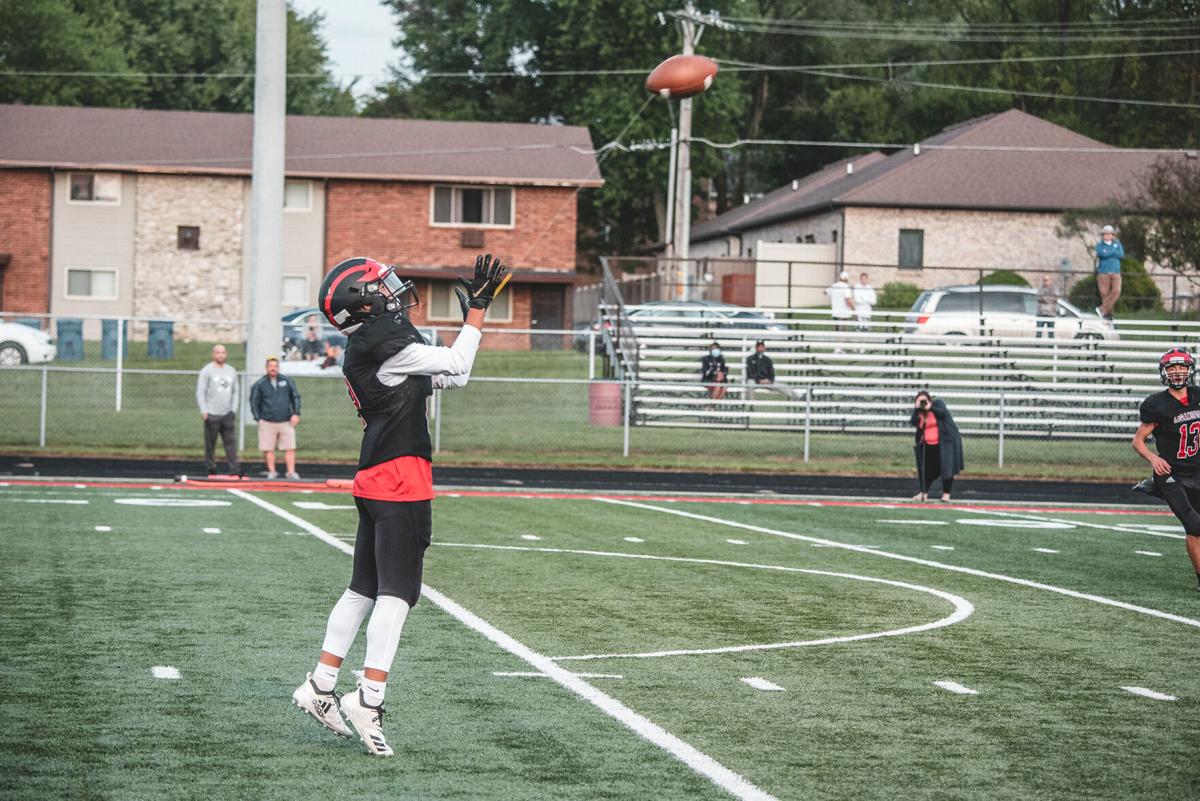 Logansport senior Skylar Trujillo hauls in a kickoff on Friday. 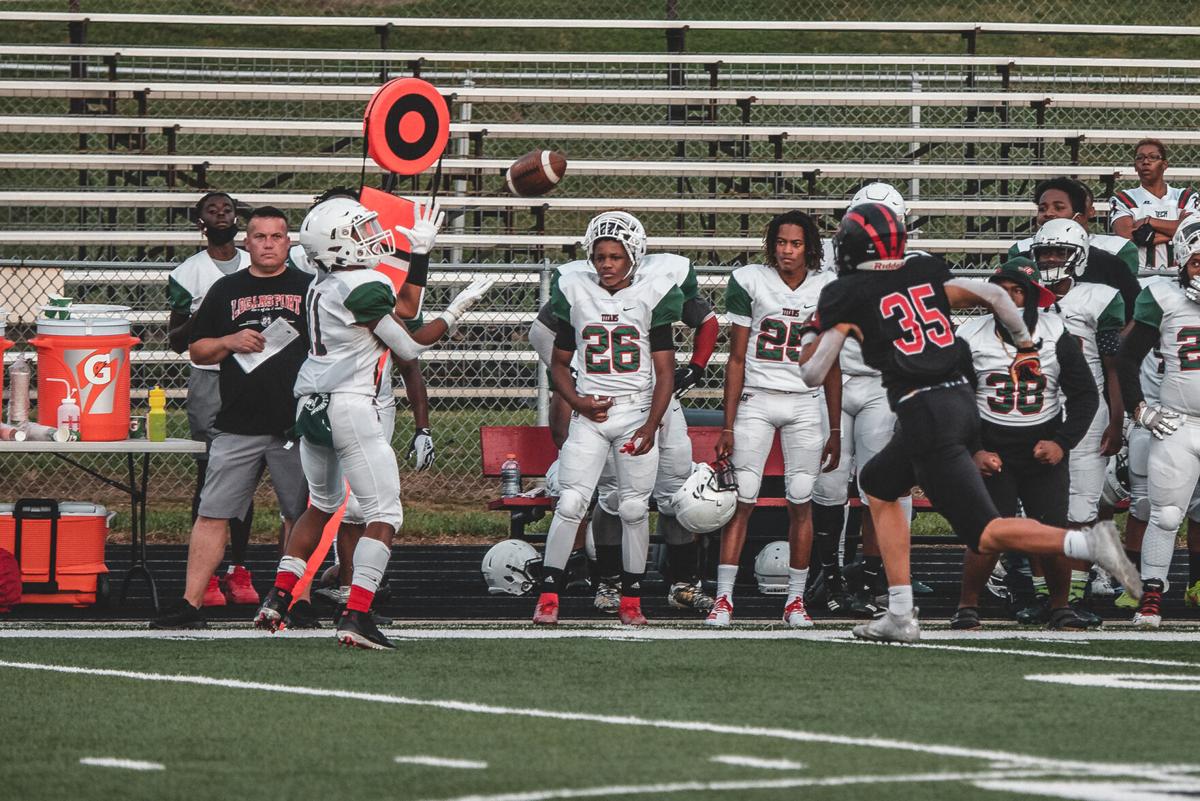 Logansport senior Skylar Trujillo hauls in a kickoff on Friday.

Logansport took Indianapolis Tech down to the wire before coming up short Friday night.

The Titans defeated the Berries 14-6 in a penalty-filled contest at Logansport Memorial Hospital Stadium.

Defayebeon Pittman, a 6-foot-4, 215-pound junior quarterback, got the Titans (2-1, 2-0) on the board with a 7-yard touchdown run late in the first quarter, and Tech’s lead would remain 6-0 at halftime.

The Titans opened the second half with a 10-play, 70-yard drive that was capped by a 7-yard TD run by Jalen Elliott. Pittman’s 2-point pass to Ja’Iris Riley made it 14-0.

The Berries answered with a long drive of their own but lost a fumble on the Tech 7-yard line. The Berries forced a punt, though, and put together their first scoring drive of the game, a 55-yard drive that was capped by a 19-yard TD run by Skylar Trujillo with 9:27 remaining. The 2-point conversion play was stopped and the score remained 14-6.

The Berries forced a punt and it was a bad one, as a low punt went into the line and was good for only 3 yards and Logan got the ball back only 45 yards from paydirt.

A 33-yard run by Luis Ortiz got the ball down to the 11-yard line. But the drive stalled from there. A third-and-6 play had an 8-yard loss. A fourth-and-14 pass play was intercepted by Muhammad Muhammad at the 9-yard line with 3:11 left.

The Berries still had two timeouts left but a key play was on second-and-11, when the players on the field stopped after thinking there was an incomplete pass, but Jason (New) Johnson picked up the ball and gained 5 yards.

“The ball was behind him, [the referee] didn’t blow the whistle, the official puts his hand up and our guy stopped, and their guy stopped for awhile and then picked it up and ran it,” Johnson said. “That’s just being aware of the game of football.”

The next play, Pittman hit Timothy Jackson for a 7-yard pass for a first down and the Titans were able to run out the rest of the clock.

Pittman was 11 of 17 passing for 96 yards and added 37 yards rushing on seven carries. Elliott rushed for 82 yards on 22 carries.

The Berries got some offense going in the second half, but it was too little, too late.

“We came out and wanted to establish some wing-T,” Johnson said. “Nothing that we had done in the first half offensively worked at all. Luckily we were able to muster and run some wing-T plays when we needed them. Roberto ran hard and Skylar ran some counter plays hard. Ortiz popped a counter play in there also.

“We’re just not very good on that side of the ball yet. We just don’t execute, we make too many mistakes, have too many penalties. We’ve got to clean it up or it’s going to be long nights on Friday getting the ball in the end zone.”

“Ton of penalties. It’s just unfortunate, not a good thing. We knew this crew was going to be effusive right from the beginning. We’ve got to clean that up. We can’t make it any harder on our offense than it is right now. Lost yardage is not a good thing for us,” Johnson said.

The Logan defense benefited from the Tech penalties and some dropped passes that would have gone for big gains. But overall it was a good night for that side of the ball in holding Tech to 224 total yards.

“Their quarterback was a man out there and we knew that by watching film, he was the guy,” Johnson said. “Luckily we were able to do a pretty good job I thought on him in getting him to the ground at times.

“Unfortunately in the second half that first drive was going to be important for us to get them out and we didn’t and allowed that first possession to go in the end zone.”

Logan outgained Tech 228-224 in total yardage despite the slow start on offense.

The Berries had their chances at the end for their first NCC win of the season.

“Our kids battled until the end and gave us a chance to win the ballgame. That’s all we’ve asked of them. We are a young team. These guys have practiced hard and they have listened and they’ve tried to execute the game plan. They’re just a little young right now. But the effort is still there, I think the attitude is still there. We’ve just got to get it together. First we’ve got to improve and we’ve got to get better at the game of football, then we’ll win,” Johnson said.

Logan travels to McCutcheon next Friday.