Pioneer senior Addai Lewellen runs to a win in the 200-meter dash on Saturday. 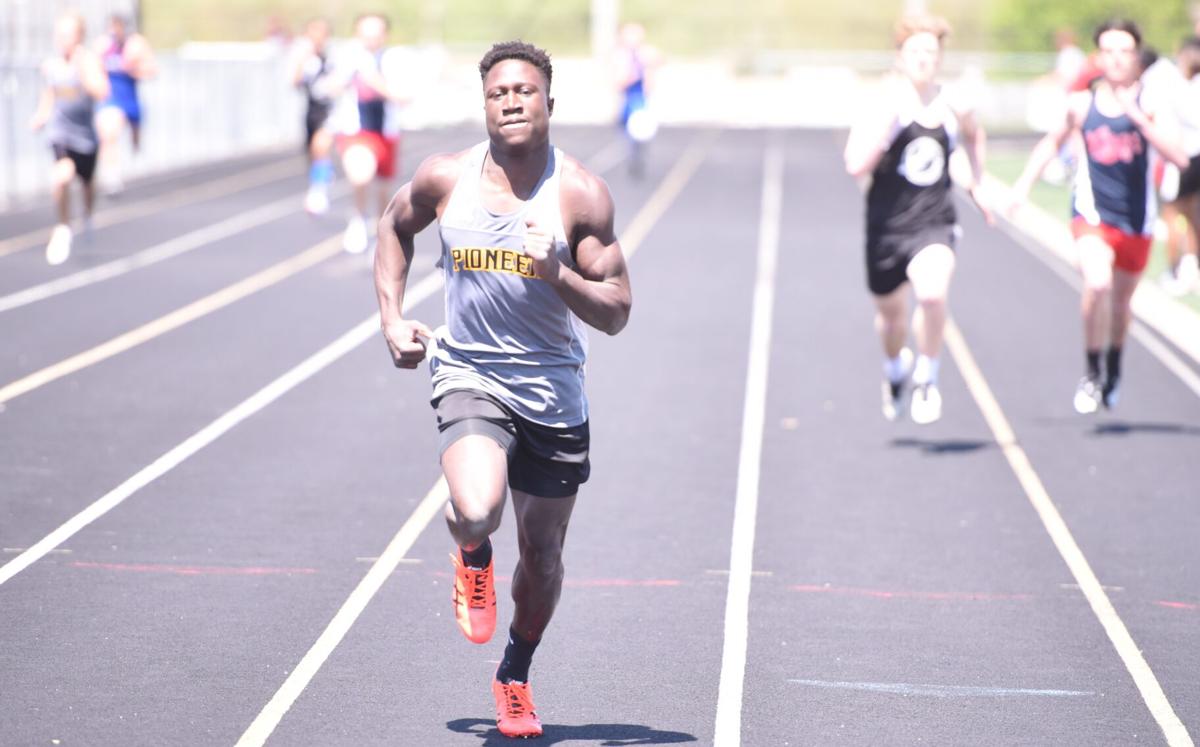 Ezra Lewellen competes in the 400 dash. 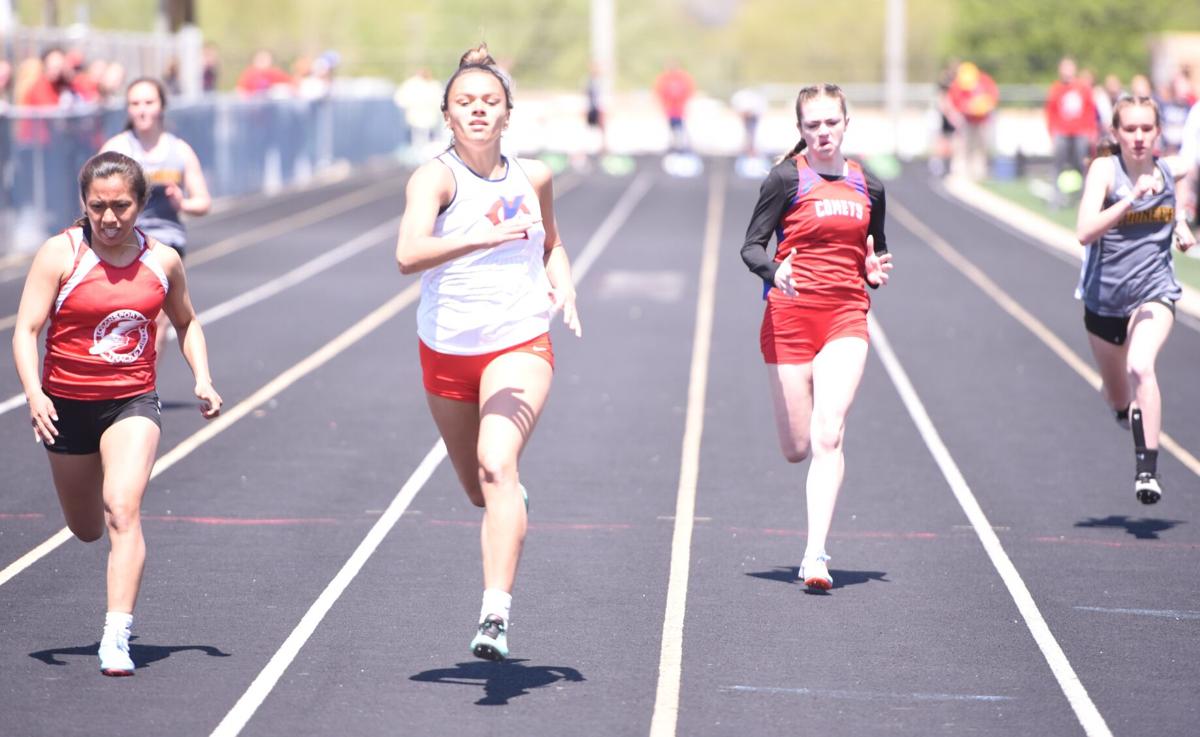 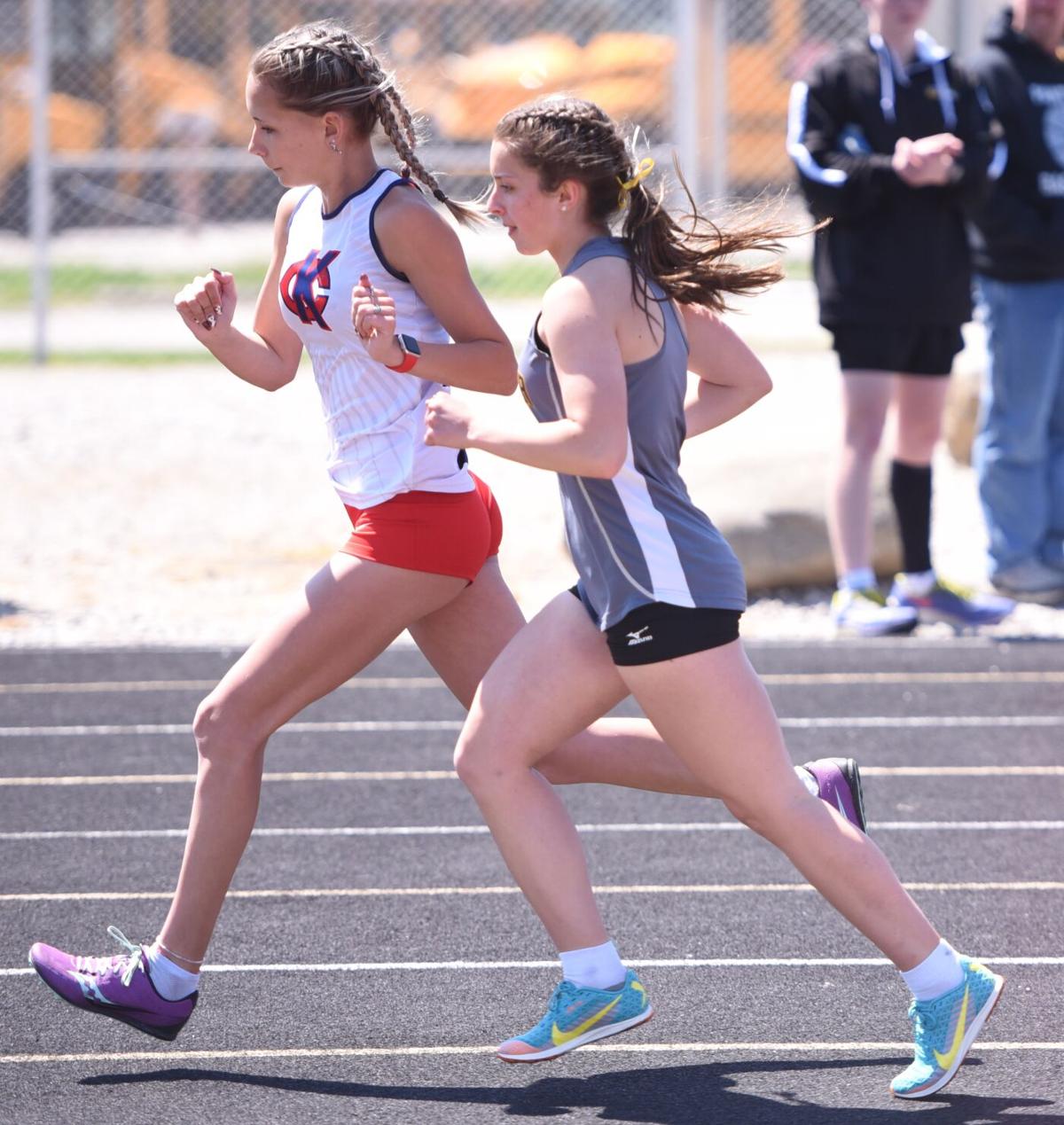 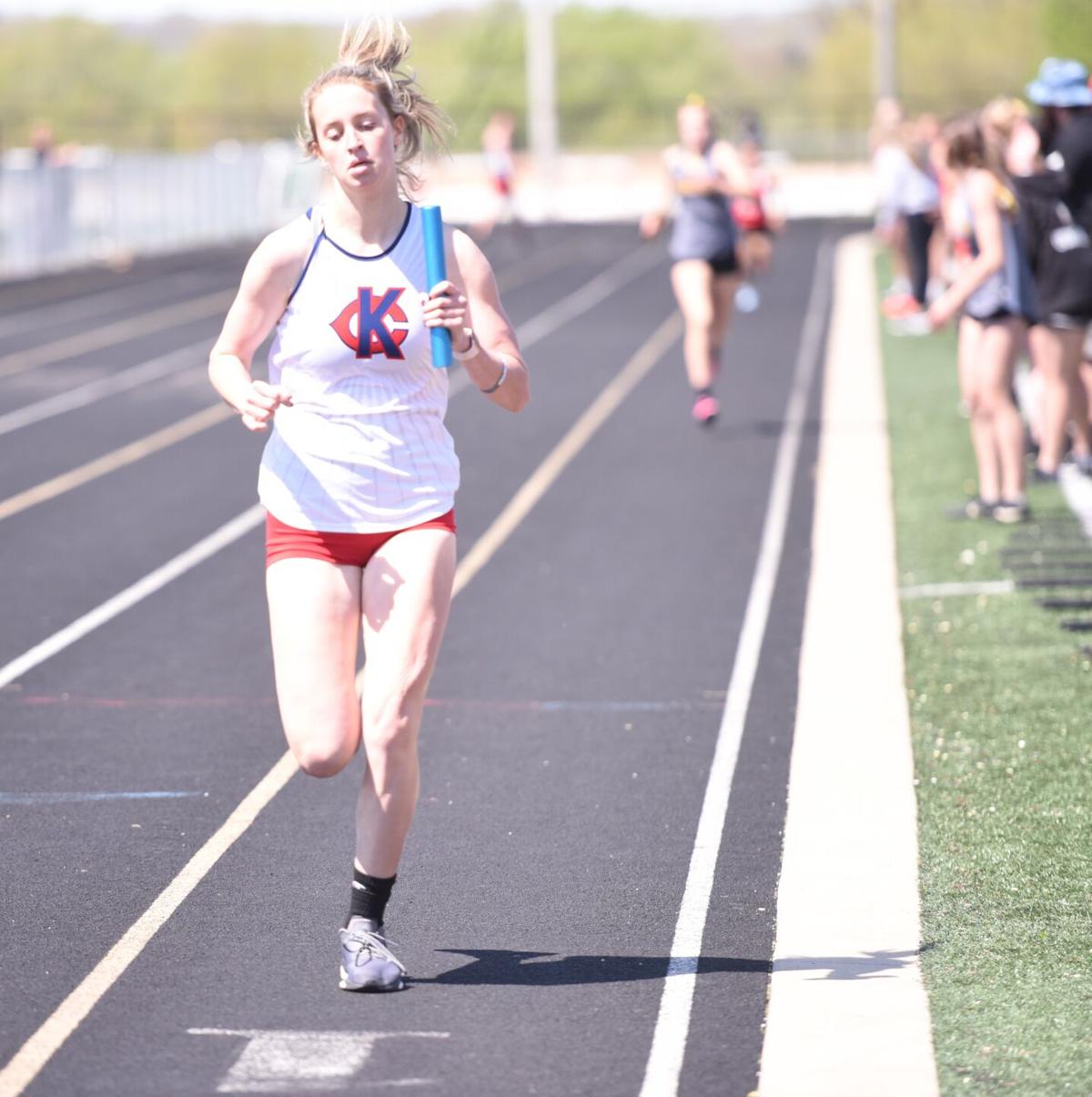 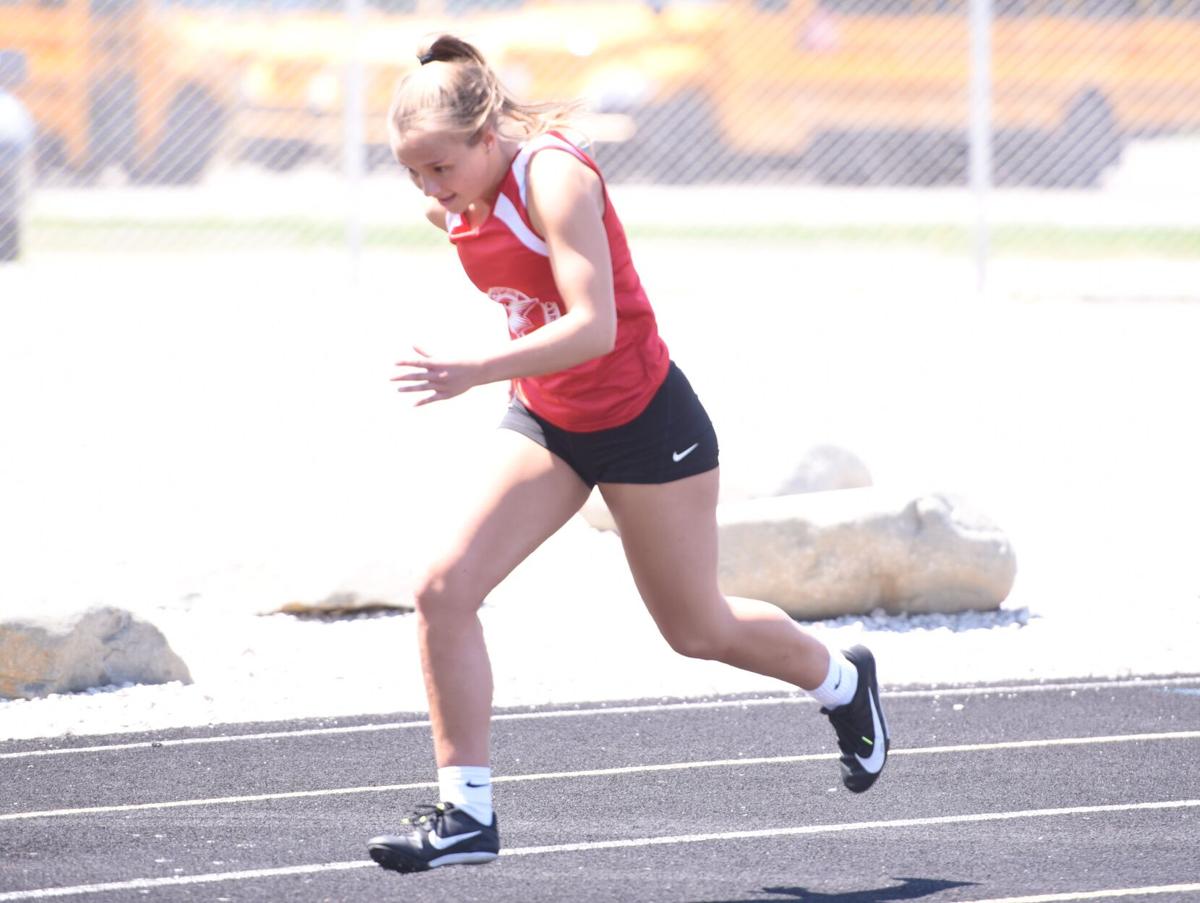 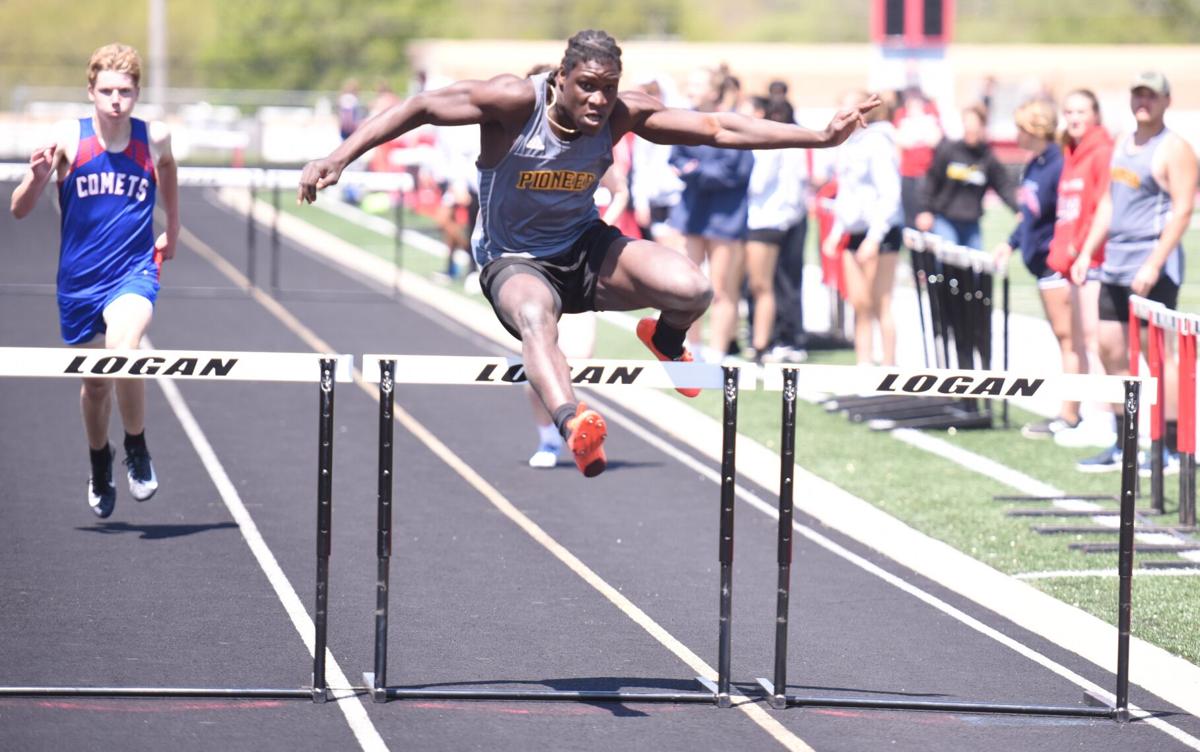 Addai Lewellen competes in the 300 hurdles. 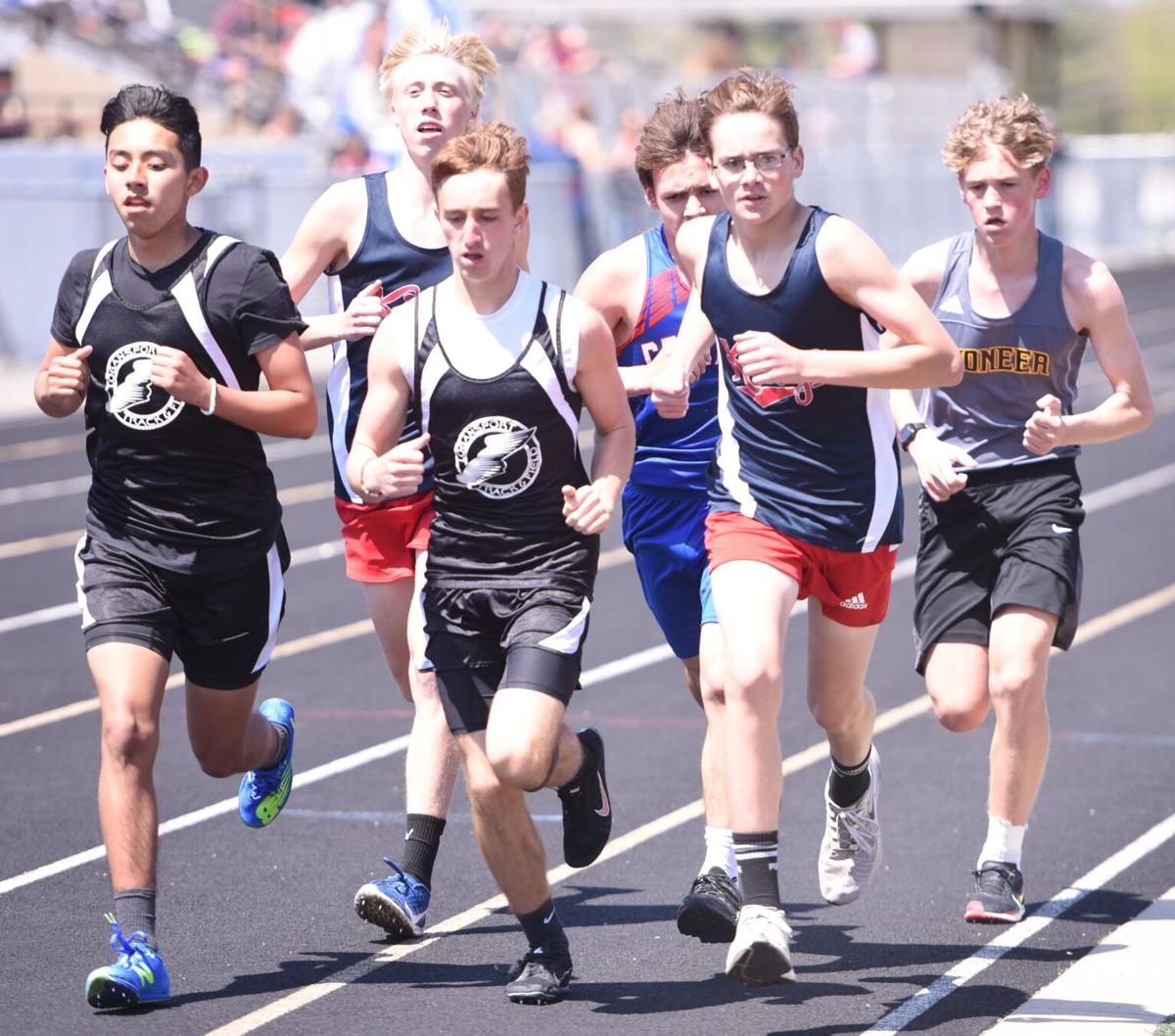 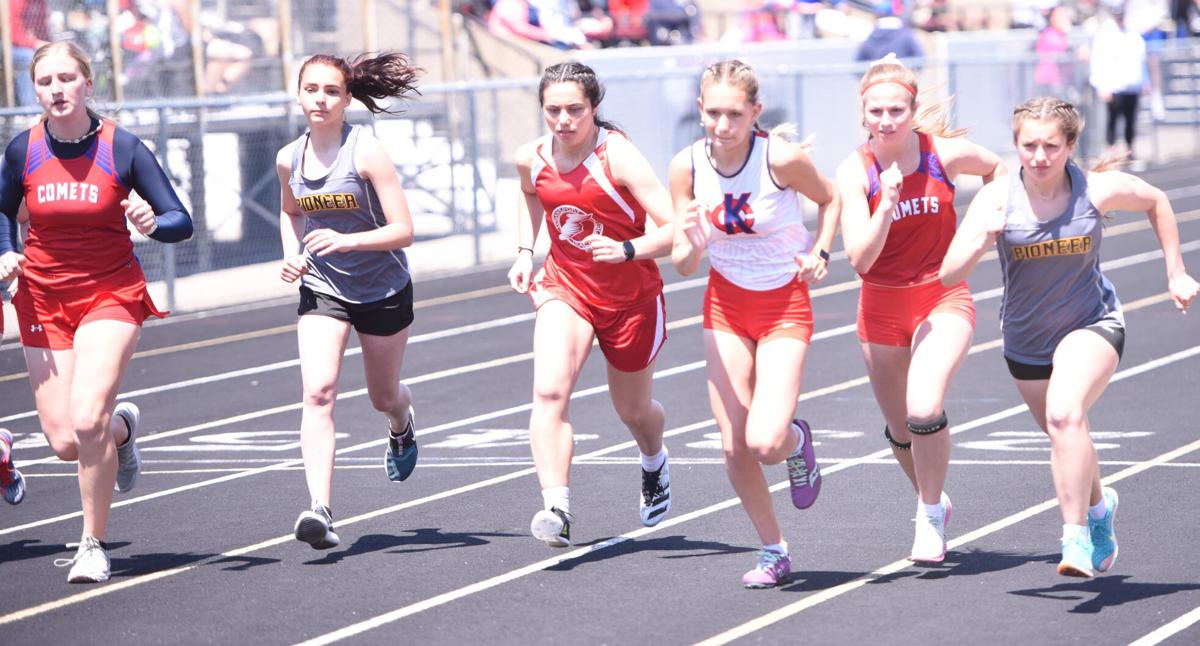 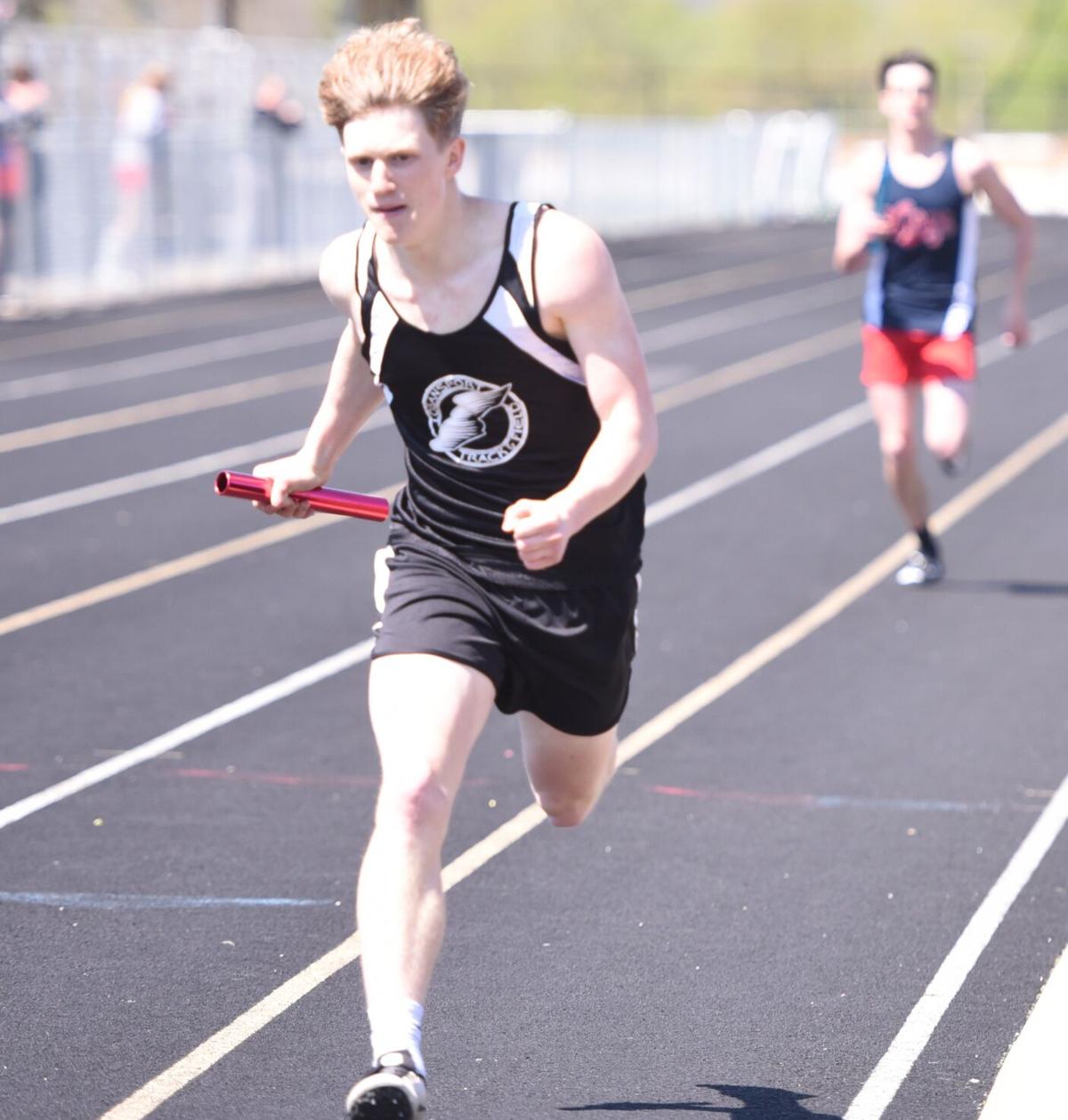 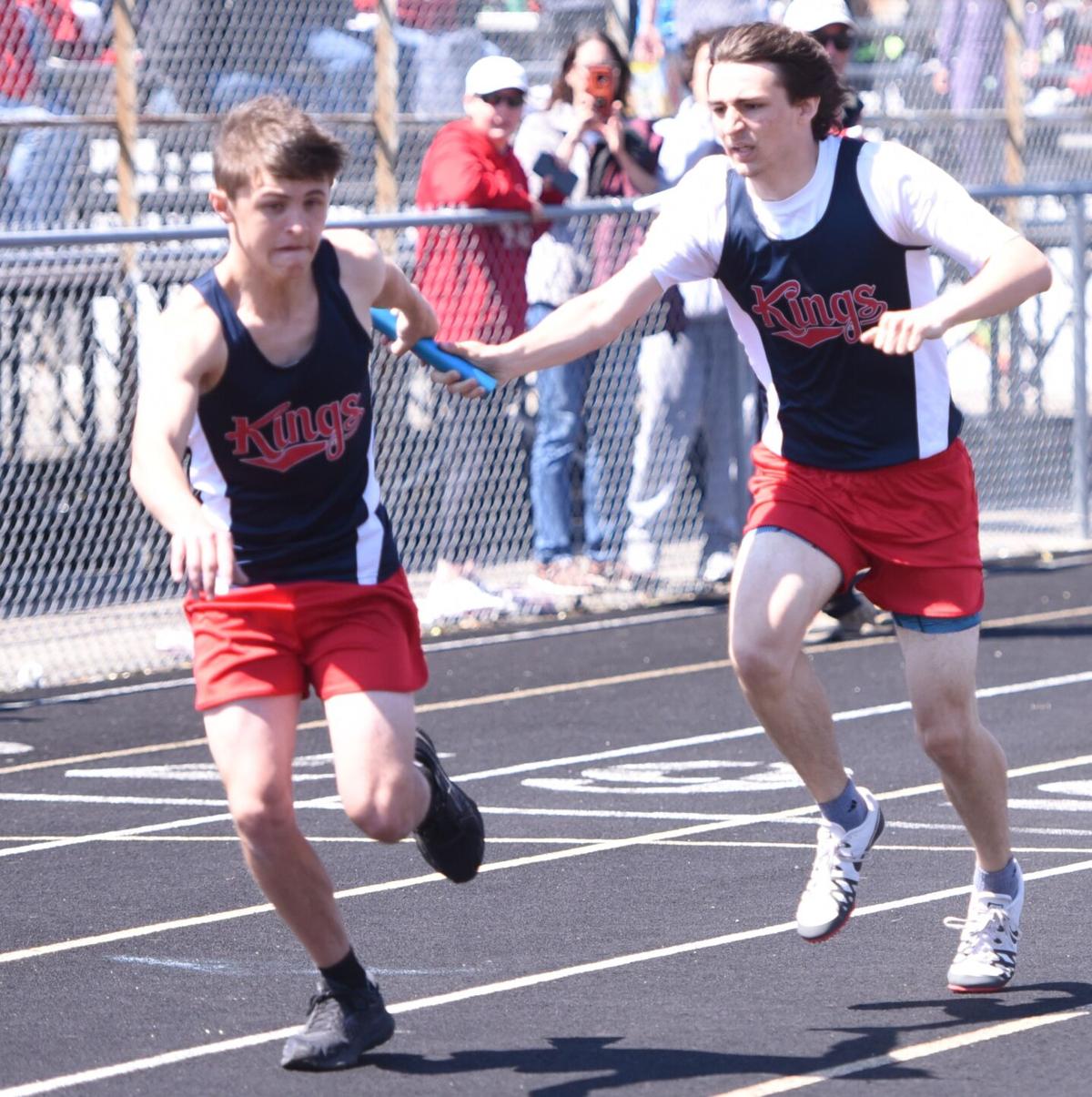 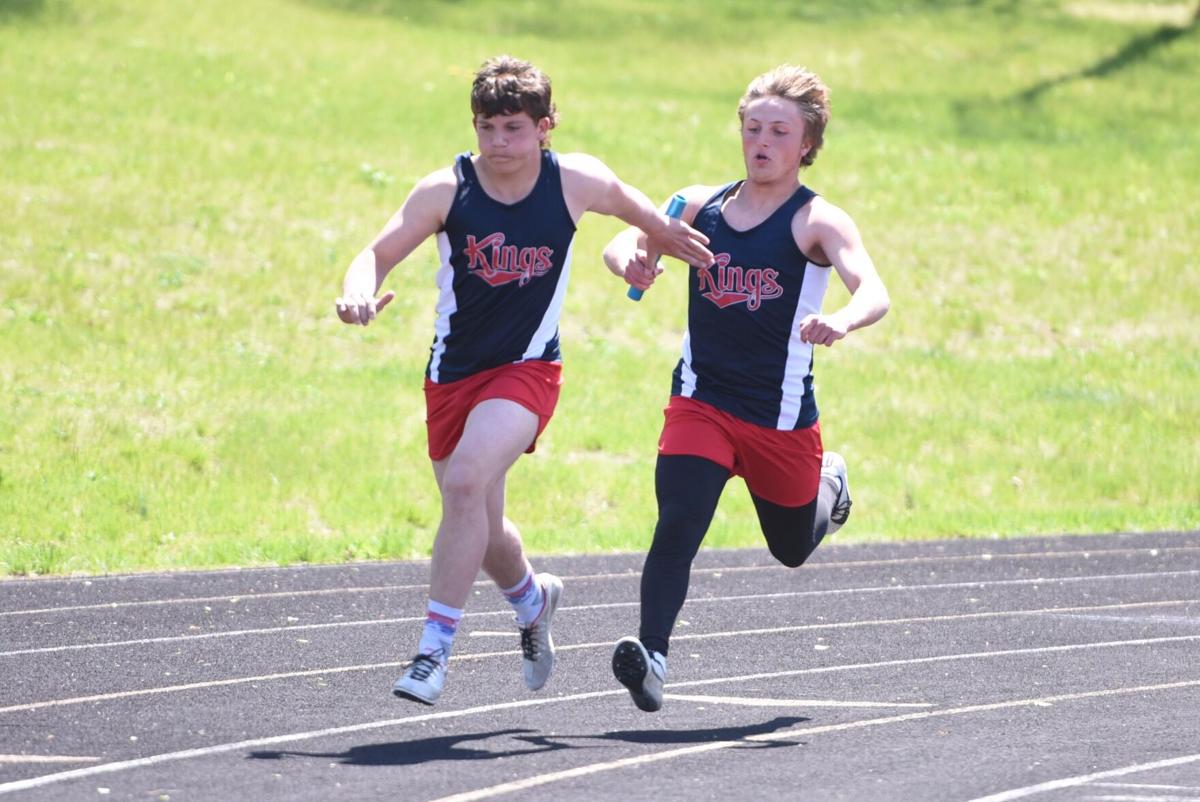 Pioneer senior Addai Lewellen runs to a win in the 200-meter dash on Saturday.

Ezra Lewellen competes in the 400 dash.

Addai Lewellen competes in the 300 hurdles.

There was a lot of twinning and winning at the 2021 Cass County track meet on Saturday at Logansport Memorial Hospital Stadium.

Leicht’s honorary running twin on the day was Pioneer’s Violet Montgomery, as the two spent a lot of the day on Saturday alongside each other as the county’s top girls distance runners.

Leicht said Montgomery helped push her to recording personal-best times on the day. Montgomery had to settle for three close runner-up finishes in the individual events.

“It’s really good to have someone close to my age to be running with for the rest of my high school career,” Leicht said. “And she’s a really good competitor. So she keeps with me the whole time and I know I have to stay with her.”

Her twin sister Taylor was her top competition in the 100.

“In the 100 it’s always me and her back to back,” Madison said. “She’s usually in the 200 but today it was Jackie [Wiles] and me and Jackie are very competitive. We also do long jump and help each other out, fix each other. Our 4x1, we just have good connections with each other. Logansport was right next to us so it was really good.”

“Coach Carlton wasn’t able to be here today because of a prior engagement. He had them all ready to go today,” Cass assistant coach Craig Barr said. “Coach Bonsett and I were in charge. We challenged them this morning to come up with 12 PRs. Don’t worry about winning, just get a PR, do better, compete against yourself and get better and rack up points. We had 13 PRs and our goal was to get 12. We ended up winning by 19 and that was the difference-maker. I couldn’t be more proud of them. We had the two award winners, Madi and Makenna, both had four ribbons, four PRs, eight between the two of them. So that’s just good senior leadership and that’s what being successful comes from.”

It was quite a double for Camp, who edged out Parker to win the shot put and Pioneer’s Mackenzie Rogers to win the 400.

“She’s a hard worker,” Logan coach Randy Kuhn said of his stepdaughter. “She sets her mind to do things and she does. The combination of things she has to do sometimes gets in her way. She’s not necessarily got all her throws in and she has to go run the quarter, which is probably the toughest race of them all, and then come back and make throws again. Today the way we set it up is they had a whole half hour to get jumps and throws in, so it didn’t put as much pressure on her.”

“Coming in I thought Ezra would have got me in the 100 and the long jump, but then he decided to switch it up and do high jump, and I was like, oh man, I might have a chance,” Addai said. “Then we ended up tying. But it’s been amazing running with him. It’s been really fun competing against him. But I really love my team and my coach and they’ve been pushing us. It’s been a good year so far.”

“I’m excited. I really want to try different events in college. I’ve heard they’re trying to get javelin, so I’m really excited, so I might try that,” he said.

Addai has also made his college choice. He plans to attend Marian University run track and play football.

Logansport edged Pioneer 80-78 to win the team title. Cass was third with 46 points and Caston was fourth with 39.

“We knew we didn’t have the fastest guys, so our strategy was to get everybody to place,” Kuhn said. “Everybody’s got to score. You get two people in each event and you get double scores that way. That’s the only way we can pull it off.”

Logan won the final event of the day, the 4x400 relay, for the win. Roberto Santos, Sam Dexter, Peyton Herr and Noah LaOrange won in 3:50.19.