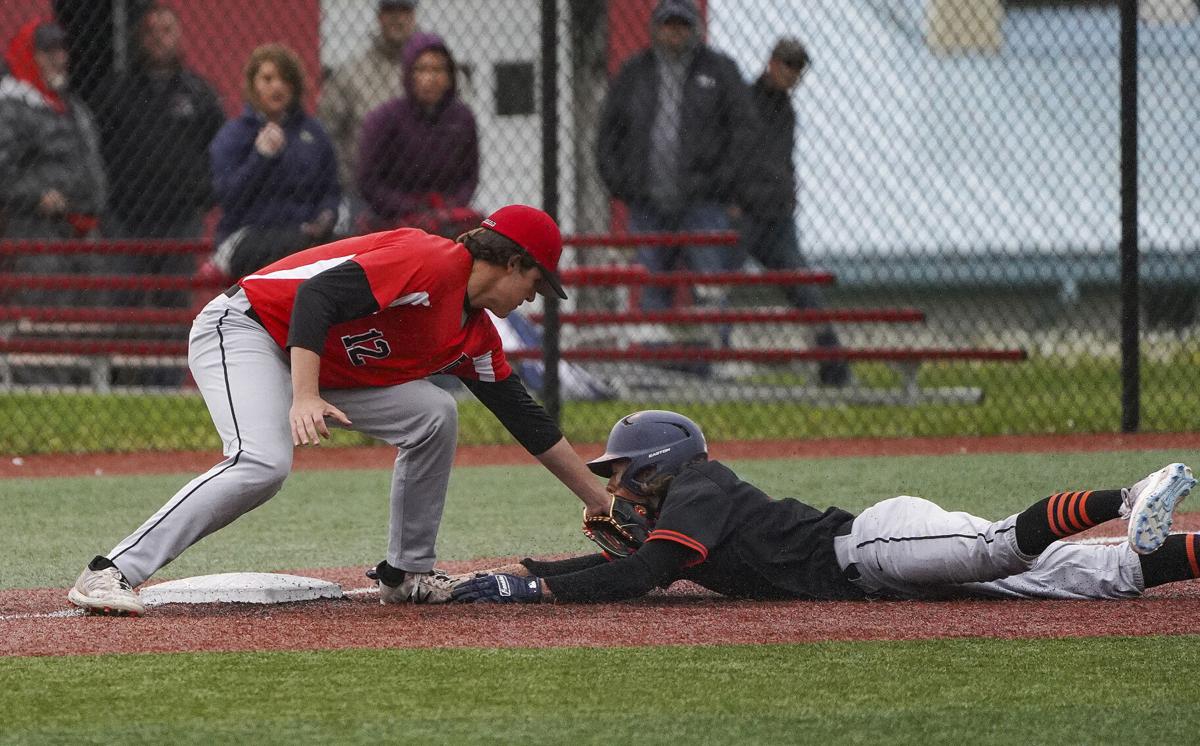 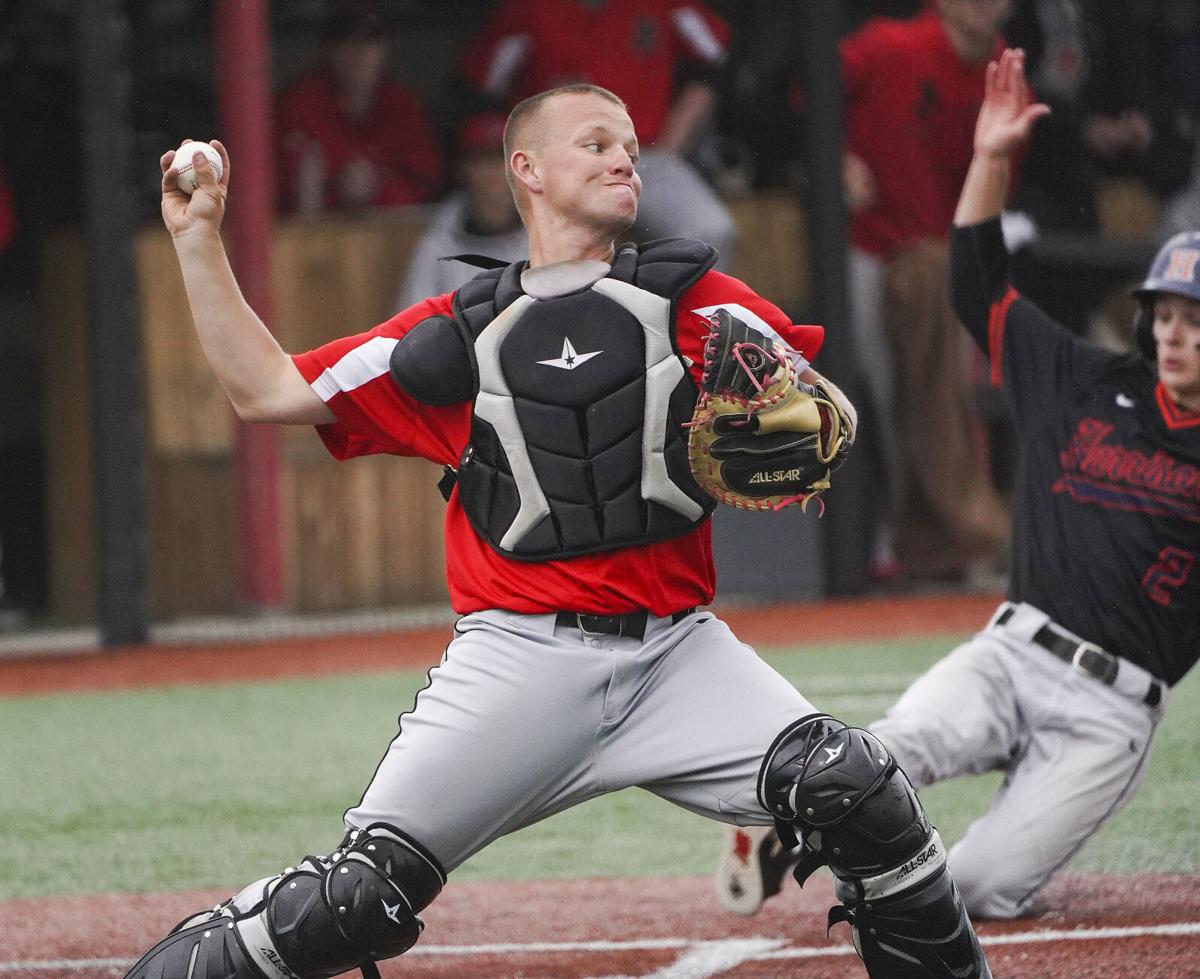 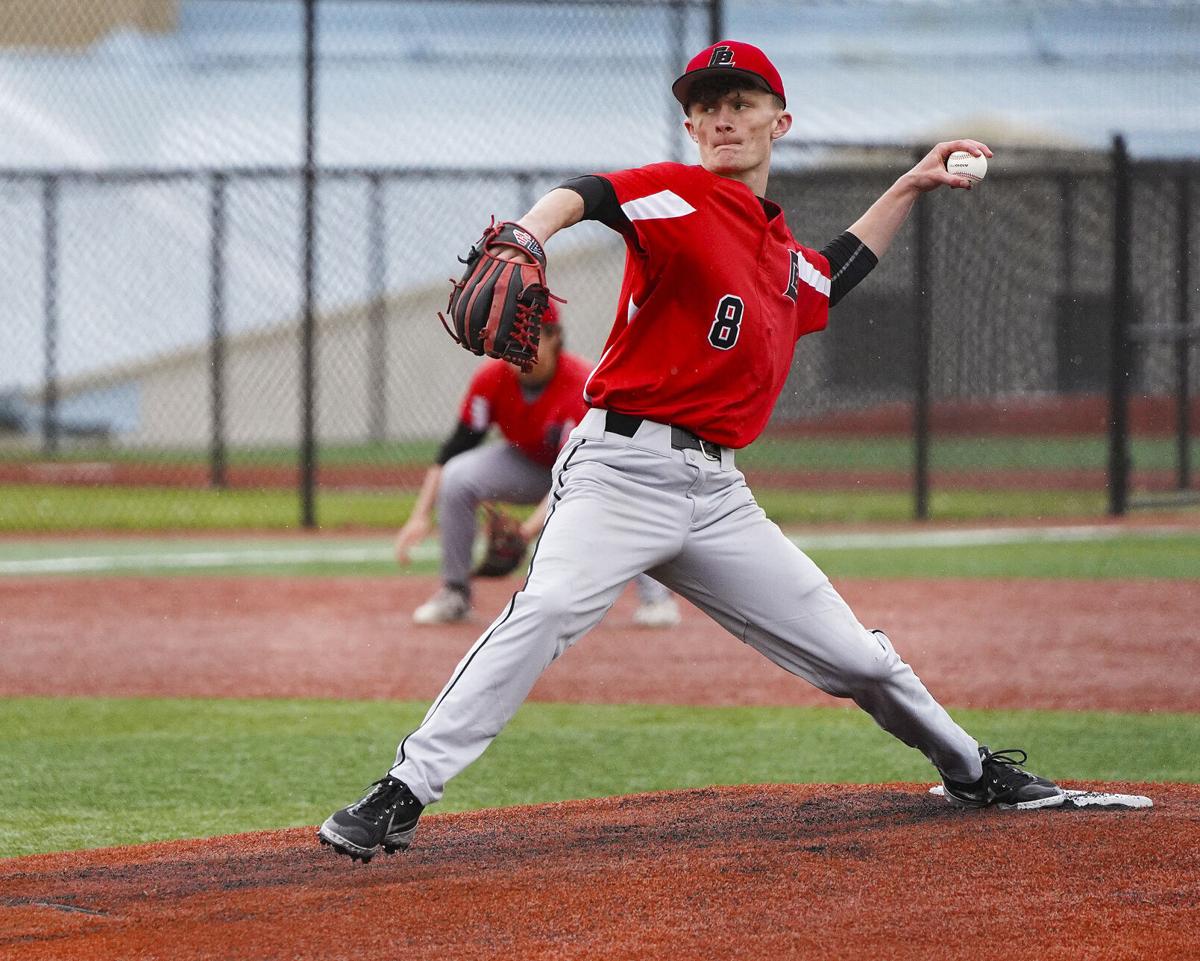 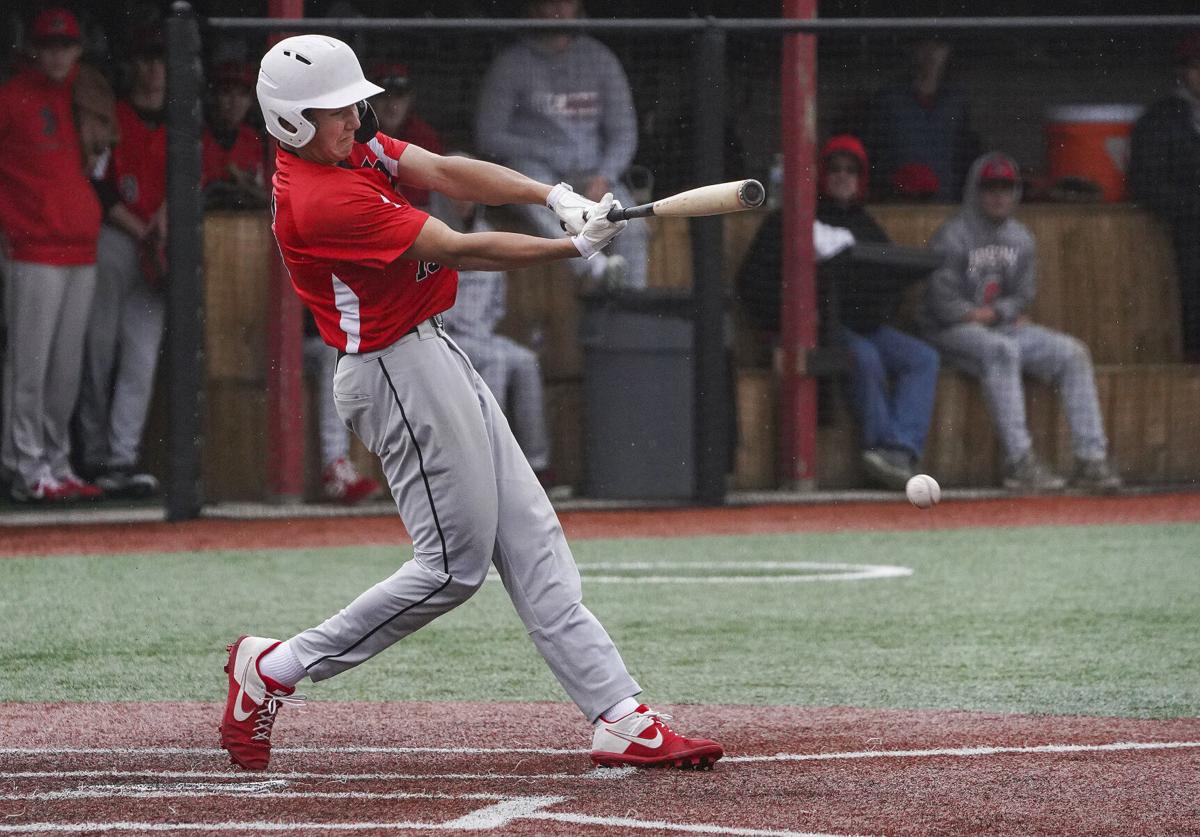 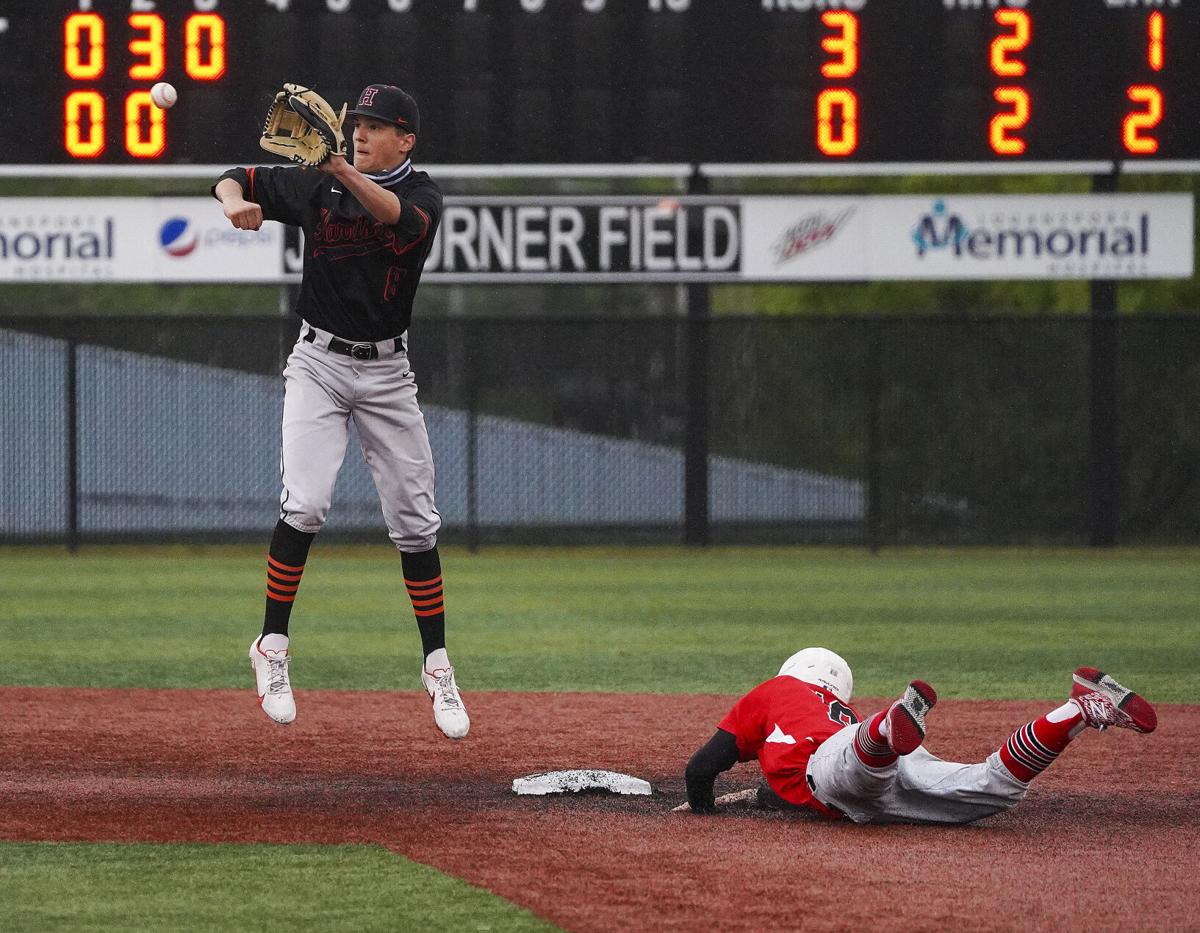 It was a miserable day for the Logansport baseball team.

The cold and rainy weather wasn’t very nice as well.

On a day the Berries learned that senior ace pitcher Mike Meadows is likely out for the season, the Berries’ nine-game win streak was snapped by the Harrison Raiders, who recorded a 7-0 win at Jim Turner Field on Tuesday.

The big news for the Berries was that Meadows’ senior season is likely over after suffering a hand injury last Friday at Maconaquah.

Logansport coach Dan Frye said Meadows has a broken pinkie finger in his right throwing hand that will take six weeks to recover from. Sectional play is less than four weeks away.

“He was diving towards third base at Maconaquah and they had a base runner that tried to go over the top of him and landed on his wrist and hand,” Frye said. “So I’m not sure exactly how he planned on getting over or under big Mike, but it cost us dearly. Our No. 1 pitcher is down and obviously he’s a threat in the batter’s box every time he steps in there. As unfortunate as it is, it’s all about big Mike. We’re more concerned that he gets his health back and his finger repaired. He’s going to go to college and play baseball. He’s got days to look forward rather than do some stupid stuff and injuring it worse now.”

Juniors Ethan McCormick and Xavier Biggs combined on a three-hit shutout. They combined for nine strikeouts as the Berries left five runners stranded.

“We thought our pitchers threw the ball pretty well. The Harrison pitchers threw the ball pretty well,” Frye said. “When I look at the book, they had six hits and we had three. We had some crucial defensive lapses that allowed some runs. But it was not a day conducive for playing the game of baseball. It would be very difficult to be in the batter’s box. But we both played, they took advantage of our mistakes and they put some runs on the board and we weren’t able to get more than three hits.

“Too many strikeouts as of late, swinging through too many fastballs. We pride ourselves on being a fastball hitting team and we didn’t catch up to them today. We can chalk it up a little bit to the weather. And of course the Harrison pitchers, not taking anything away from them, but the 80 degree weather is coming, the 90 degree weather is coming.”

Three errors hurt the Berries, who also misplayed a couple other balls that fell for hits.

Miller doubled to lead off the fifth when it was a 4-0 game. John Scott drew a one-out walk. But Biggs entered and got back-to-back fly outs to center to end the inning. He retired the last eight Logansport hitters.

The Raiders cooled off the Berries and ended their nine-game win streak.

But the bigger news was when the Berries learned that Meadows was likely out for the season earlier in the day. Meadows will play baseball at Bethel College in Minnesota.

“Obviously we lost big Mike today. We got the news on big Mike earlier this afternoon or late morning,” Frye said. “He sent me a text message that said the x-ray showed that his finger had a fracture. So unfortunately he’s down for six weeks. So the only way that we’d be able to see big Mike back in uniform and probably playing with us is if we make a deep run in the tournament at the end of the year.

“That’s probably the worst news you could get for a young man that exemplifies about being a baseball player and a decent human being. He missed his junior year due to the pandemic and now he’s going to miss the remainder of his senior year here. So he’s a kid that started as a freshman and he missed the last two, maybe the most important two years of his high school career.

“Of course we’re fortunate to have plenty of arms. So we’ll run Garrett out there and we’ve got some other kids that can throw the baseball. So it’s all about big Mike and we’re just upset for him that he’s not going to be able to finish out on the field like you’d like to.”