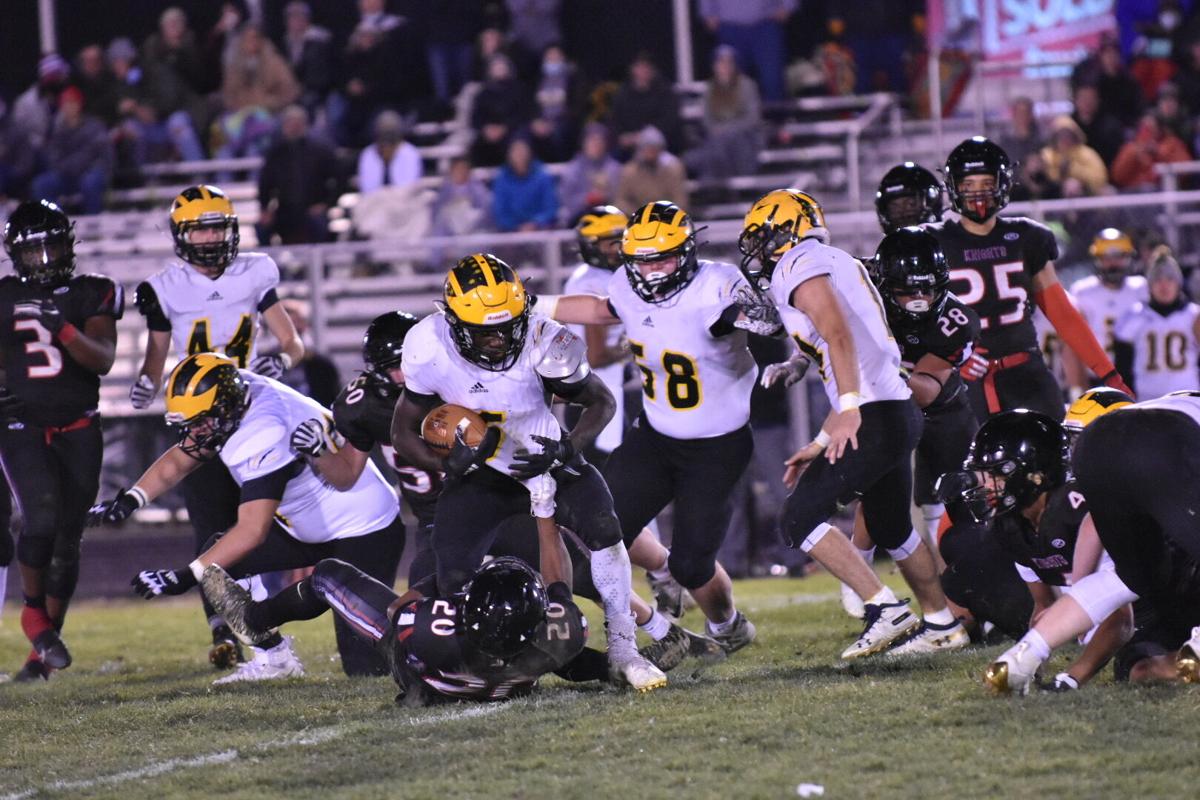 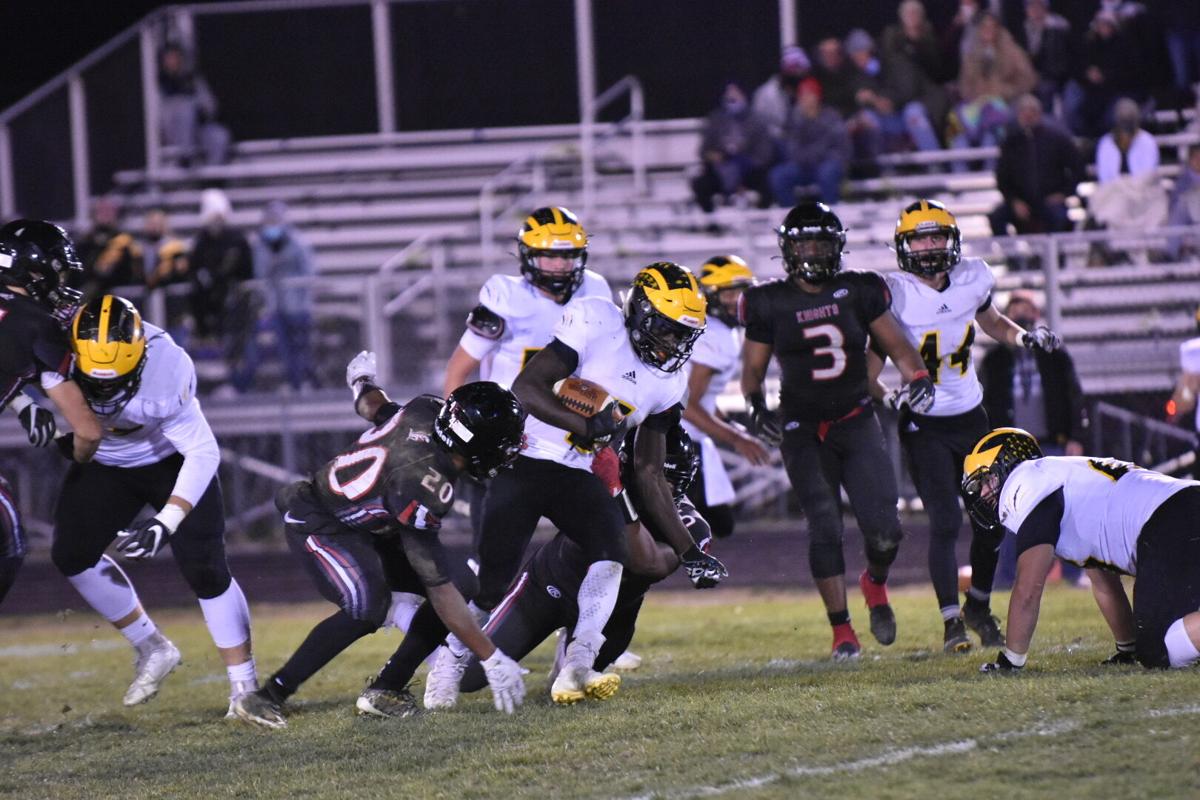 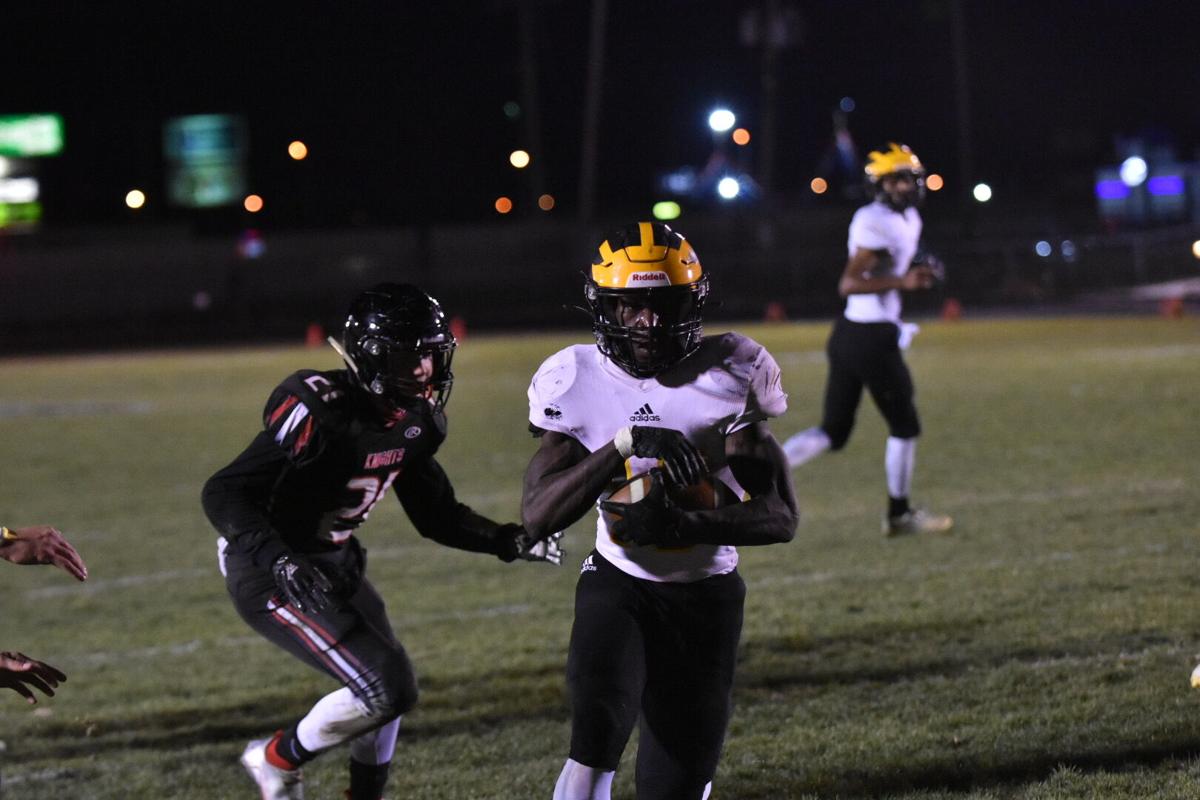 Addai Lewellen runs in for a touchdown on Friday night.

Addai Lewellen runs in for a touchdown on Friday night.

It was a tale of two halves for Pioneer in a Class 2A semistate game at Fort Wayne Bishop Luers on Friday night.

The Panthers were dominant in the first half in jumping out to a 28-7 halftime lead. But they accumulated more key injuries as the game went along, and the Knights turned the tables on them in the second half.

Luers came back in the second half for a 42-34 victory, outscoring the Panthers 35-6 in the final two quarters.

It was a heartbreaking defeat for the No. 3-ranked Panthers (12-2).

“We had some pretty good momentum in the first half,” Pioneer coach Adam Berry said. “Even when we gave up that score we came back and had a pretty big score ourselves. Halftime we thought we made the adjustments we needed to make and we thought we had it. Obviously they came out and made more plays than we did. Their defense came out a lot more fired up in that second half and just kind of threw us off a little bit. Their offense, that’s what we saw on film. They could quick-strike offense, not afraid to throw downfield and they completed passes in the second half that they didn’t quite get in the first half.”

Pioneer then recovered a fumble and had a chance to go up even more, but gave the ball back on a fumble. Luers (8-6) converted it into a touchdown, but Ezra answered with a 70-yard TD run just before the half to give Pioneer a 28-7 lead at halftime.

An ominous moment occurred late in the half when right guard/inside linebacker Tyler Gaumer had to leave for good with a knee injury.

Luers started with a short field to begin the second half and quickly scored. The Knights then kicked to an open spot on the field and recovered, and on fourth-and-goal from the 4 converted a TD pass to make it 28-21.

Pioneer’s next possession ended on downs, but the defense forced a punt. But on third-and-9, Luers recorded a pick six with a 15-yard return for a touchdown to tie the game late in the third quarter.

Pioneer was again forced to punt and Luers again drove down the field. A 28-yard screen pass for a TD gave the Knights their first lead of the game at 35-28 with 10:48 remaining.

Pioneer answered this time. On fourth-and-2, Addai Lewellen rushed up the middle for a 53-yard score. But the 2-point run was stopped and Pioneer trailed 35-34 with 8:17 left.

Luers converted a couple key third downs and an 8-yard TD pass gave the Knights an 8-point lead with 4:12 left.

Pioneer drove down the field and faced third-and-inches from the Luers 25 with 1:55 but lost a half yard on a run play. On fourth-and-1, Luers again came up with a stop. Luers took over with 1:12 left and Pioneer had just one timeout left and Luers was able to run out the rest of the clock.

“Marshall, I don’t know if it was his leg or cramping in the second half,” Berry said. “That’s where depth comes in to play as well. Just having Gaumer go out, we had to rearrange our defense, When Marshall wasn’t in there, we had to rearrange what we were doing offensively too. But no excuses. I’m extremely proud of our guys. They never gave up. We gave ourselves a chance at the end. We just didn’t convert a fourth-and-short that we normally did over the course of the year. But hat’s off to Luers. They made the plays when they had to and that’s a heck of a team, heck of a program.”

Luers quarterback Carson Clark was 23 of 35 passing for 327 yards and five touchdowns.

Some fans argue that it’s not fair that a public school like Pioneer should have to play up in classes and that the success factor should apply only to private schools.

“We can’t look at it like that,” Berry said. “We talked to our boys after we won the sectional, we made history. We’ve had a great program since the mid ‘90s and this is the first team that made it to the 2A semistate. So obviously this is going to sting for a long time, but these 30 guys on the team — not too many 2A teams can say they only have 30 guys — but these 30 guys are going to look back at this season in the future and have some great memories. Especially going into this season week to week not knowing if we were even going to be able to play. I’m extremely proud of this group, love them all and definitely memorable.”

Pioneer possibly could have won four state titles in a row in Class A, though we’ll never know.

Berry noted that Luers recently “went up to 3A. It’s one of those things they happened to move back down to 2A when we were here. But there’s nothing you can do about that.”

Pioneer knocked off mighty Andrean and had Luers on the ropes with a 28-7 halftime lead.

“We came out and played like we have the entire tournament so far. We caused two turnovers and we were getting the big plays,” Berry said. “Our line, our offense was clicking. It seemed like everything we were running was working. But it was a tale of two halves, and once again hat’s off to Luers.”