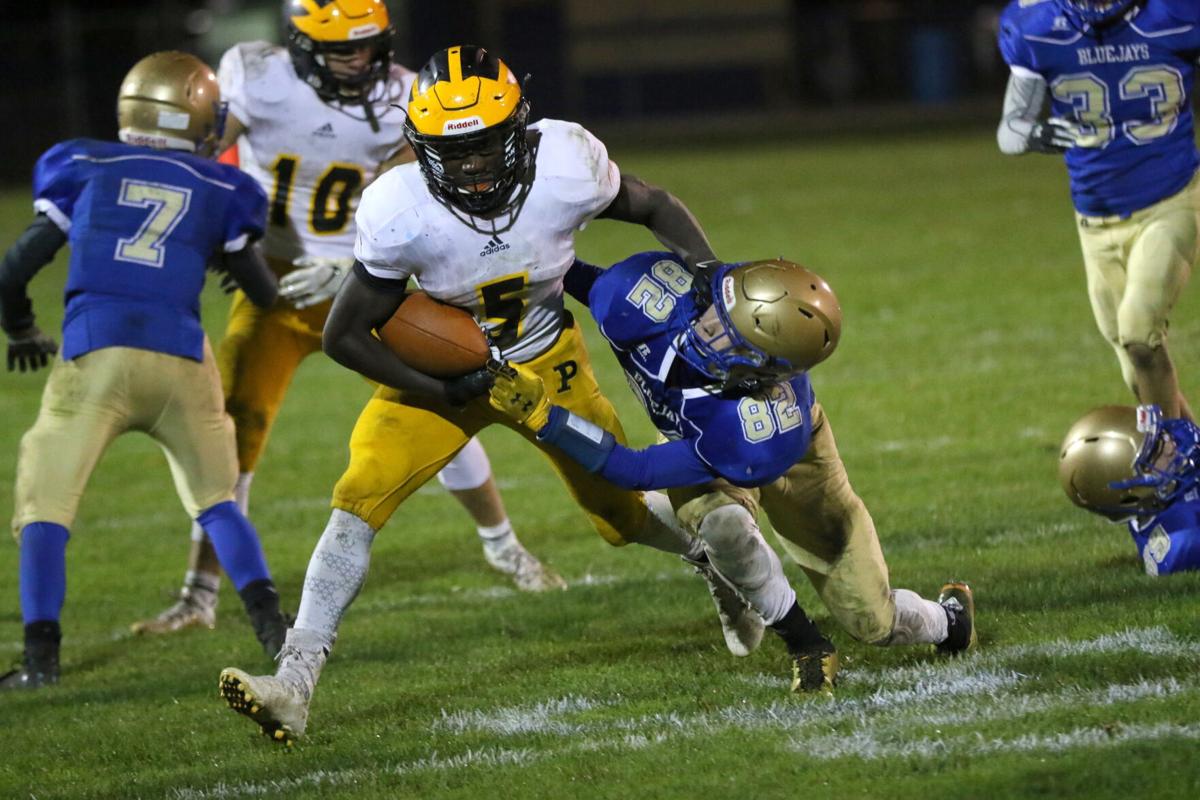 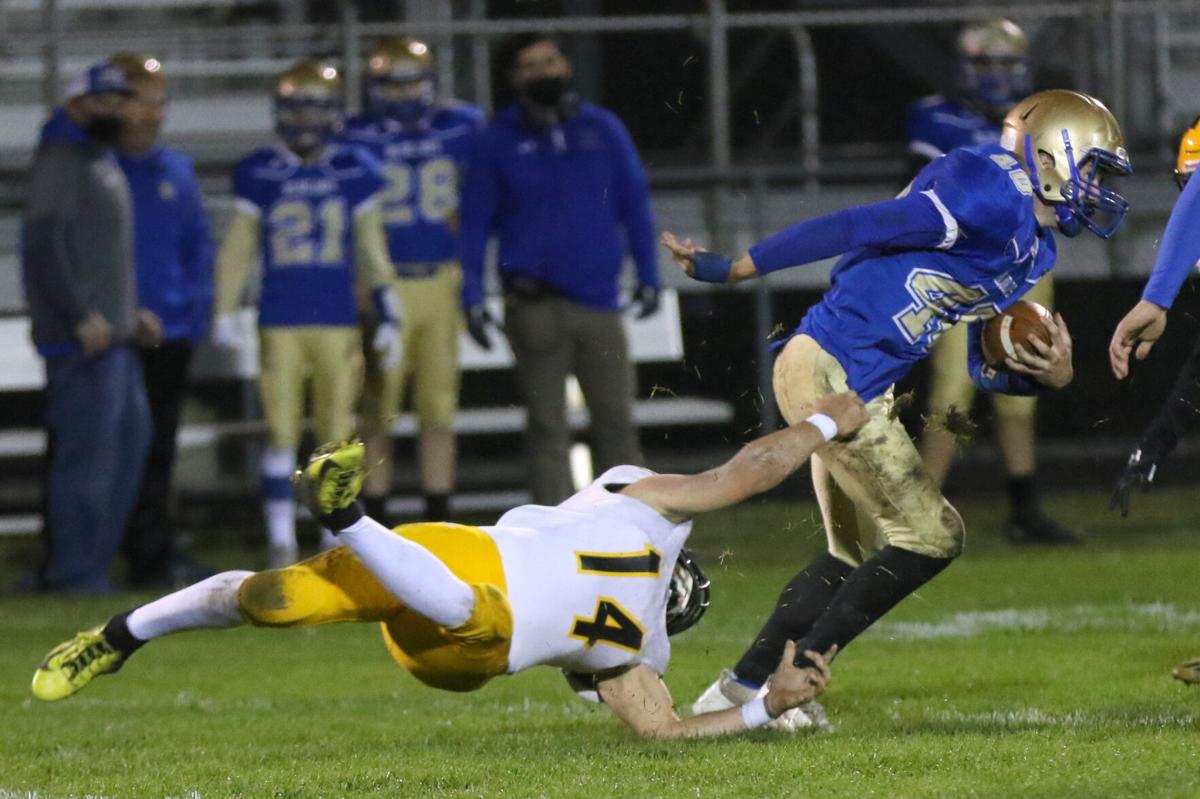 The Class 2A No. 3 Panthers recorded a 38-13 win at Class A No. 9 North Judson on Friday night at Liberty Field.

Pioneer outgained Judson 321-160 in total yardage. The Panthers rushed for 316 yards on 43 carries.

“Going into the season I wanted to try to be as balanced as possible on the offensive side of the ball between Ezra, Addai and Brock,” Pioneer coach Adam Berry told Hoosier Country 103.7-FM in a postgame interview. “I’m not exactly sure how many carries each one of them got but that’s probably the most balanced we’ve been all year. That’s what we want to be. Then sneak Cayden [Hill] there when we can, because although he is a freshman he can be a threat when we need him to be.”

The Panthers were strong on both sides of the ball.

“Our team defense, that first half Tyler Gaumer probably played the best half of football he’s played all season and in his career,” Berry said.

The Bluejays rushed for 107 yards on 41 carries. Sophomore Cheyenne Allen rushed for 57 yards to lead them. Trey Hampton was 2 of 3 passing for 53 yards.

“We knew what type of ballclub North Judson is. They’re an extremely well coached ballclub, they do things the right way. They are physical and all three phases for them are spectacular,” Berry told Hoosier Country. “They were sectional champions last year, they have basically all their guys back and they’re probably going to contend for another sectional. We came out in that first half, offensively and defensively playing them exactly how we wanted to.”

Pioneer hosts Delphi (7-2) for a sectional game next Friday.

The Warriors came up with a stop on a late 2-point conversion attempt to hold on at Triton.

Max Murray, whose late 29-yard field goal lifted Winamac to a 23-20 win over Triton last year, again came up with the winning point. He kicked a 33-yard field goal in the third quarter Friday night to tie the game at 3-all. He then kicked the winning extra point following Russell Compton’s 25-yard touchdown run with about four minutes left in the game.

The Warriors (5-3, 3-2 HNAC) struggled offensively for most of the contest but put together the game-winning drive in the fourth quarter.

The Trojans (3-5, 2-4) answered with a touchdown drive of their own, which was helped by a facemask penalty and capped by a 6-yard TD run by Anthony Schuh with about two minutes remaining. They decided to go for 2 and the win but the Warriors came up with the stop.

Compton rushed for 49 yards on 14 carries and was 4 of 12 passing for 43 yards. Trent Fox had four carries for 25 yards and three catches for 29 yards. Hayden Clark had 29 yards from scrimmage on eight touches.

The Warriors forced four turnovers. Fox and Compton each had an interception and Patrick Kiefer and Jaden Terry each had a fumble recovery.

Winamac won the battle of field position much of the night.

“The kids really stepped up and made plays when they had to make them,” coach John Hendryx said. “I thought our punter, Brayden Heater, did a great job of controlling the field position. He had them pinned inside their 20 I don’t know how many times tonight. I thought that was one of the big keys to the game. We struggled offensively.

“I’ve had teams that have done this before and you shake your head about it, but it came to be winning time and down the field we went and they couldn’t get us defended and we looked really good offensively after we had struggled for about three and a half quarters. Sometimes it’s hard to figure high school guys out but I’ll give our kids credit, when it was time to go, they went.”

On the late 2-point stop, Hendryx said, “[Logan] Schultz, Kiefer and our two tackles, again, when they had to make a play they stepped up and made it. We just got massive penetration in the front and they didn’t even get the play off, caused a fumble and Kiefer ended up picking it up.”

Defense and special teams were keys to the win.

Winamac travels to South Central (Union Mills) (4-5) for a Class A sectional game next Friday.

Sam Smith rushed for 53 yards and a touchdown on 16 carries. He added a 2-point conversion. Greg Brault rushed for 77 yards on seven carries. Landon Shafer added 23 yards rushing and 15 yards passing. Jessie Rock-Wolf had a 15-yard reception. Smith and Rock-Wold each had four tackles and a fumble recovery. Evan Howard had three tackles and a sack.

Caston hosts North Miami (1-8) for a sectional game next Friday.