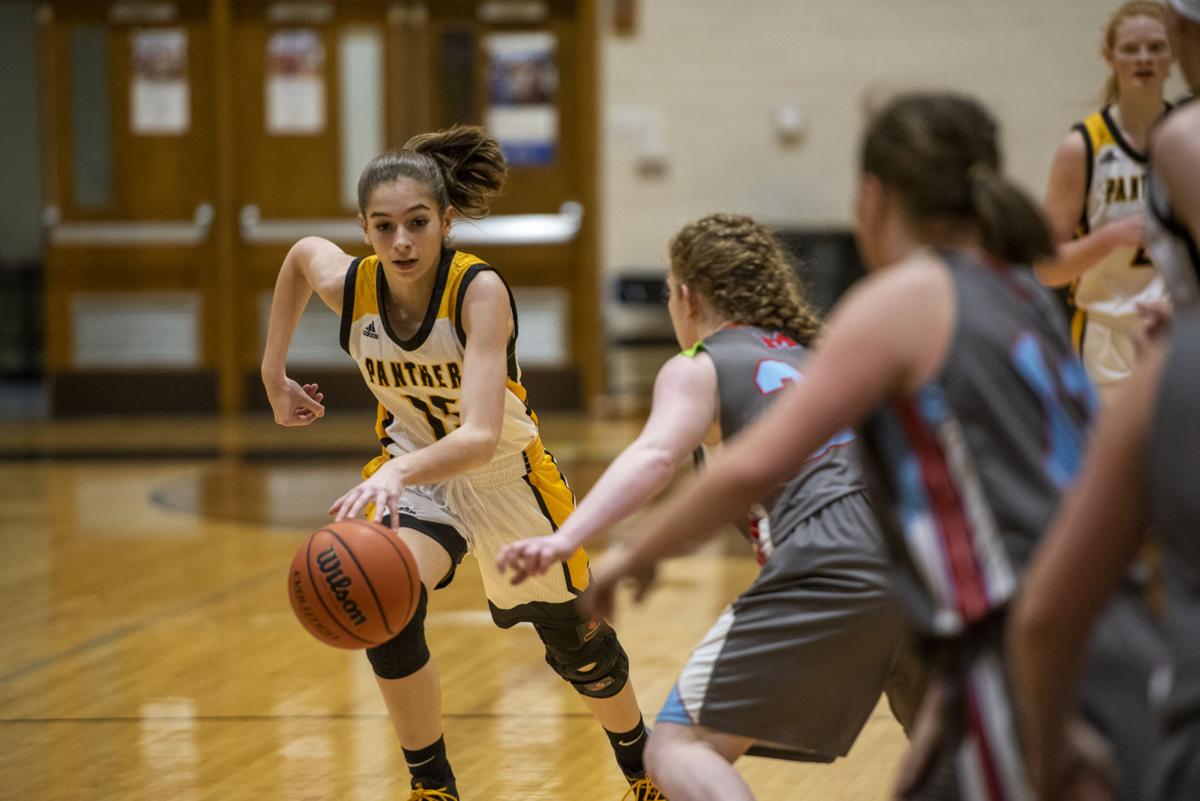 Pioneer freshman guard Ashlynn Brooke takes the ball to the basket against Maconaquah. 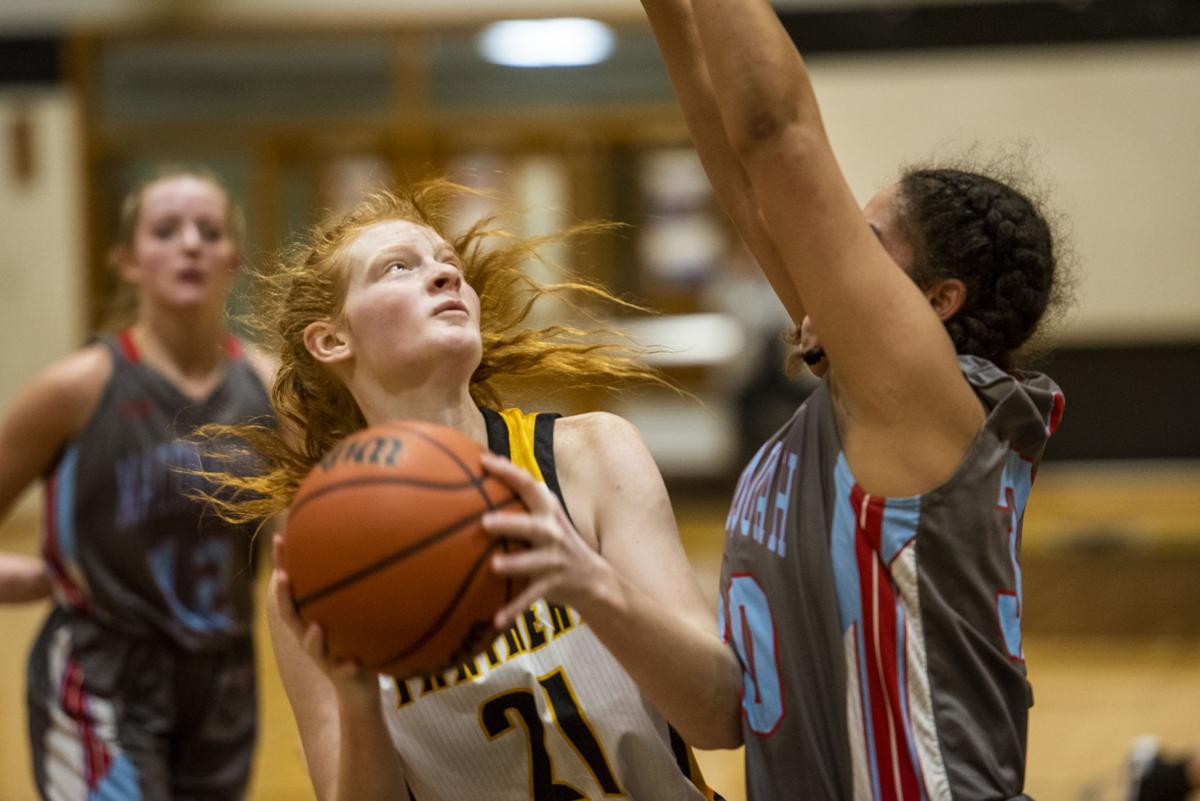 Pioneer junior Madison Blickenstaff had 24 points and 10 rebounds on Tuesday. 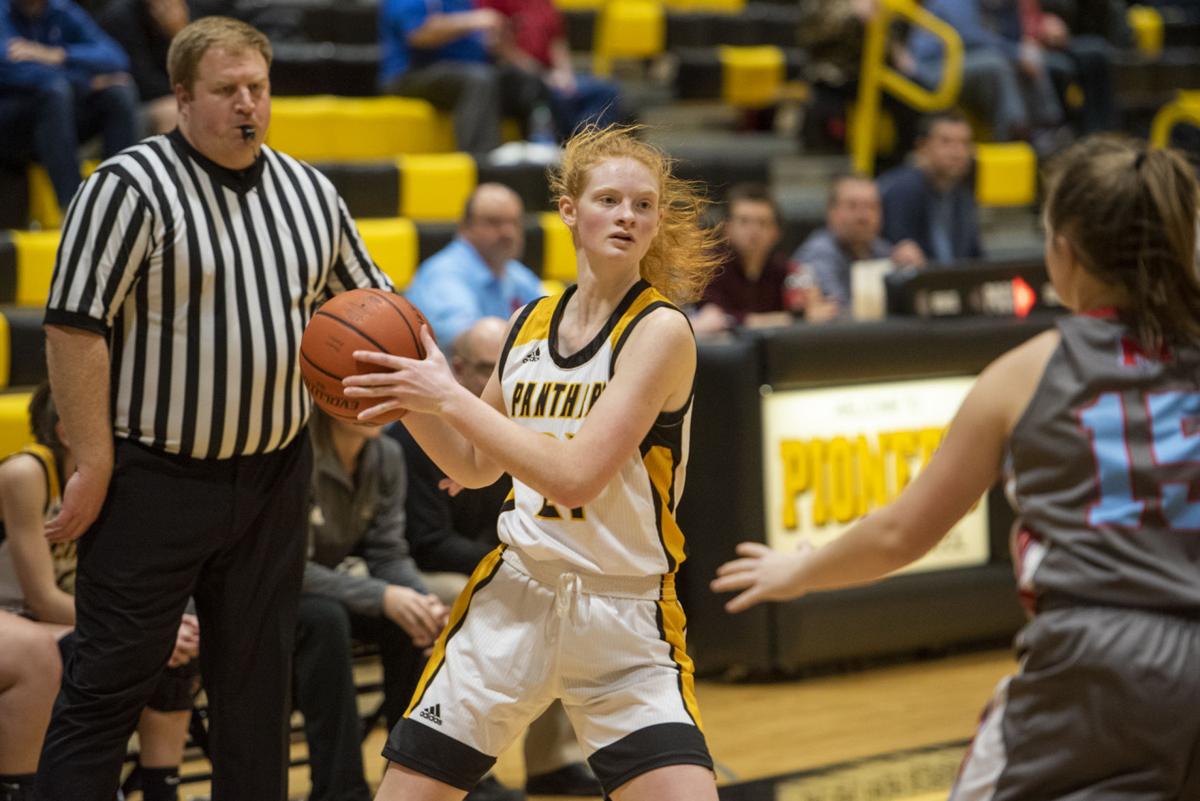 Madison Blickenstaff had a career game on Tuesday night. 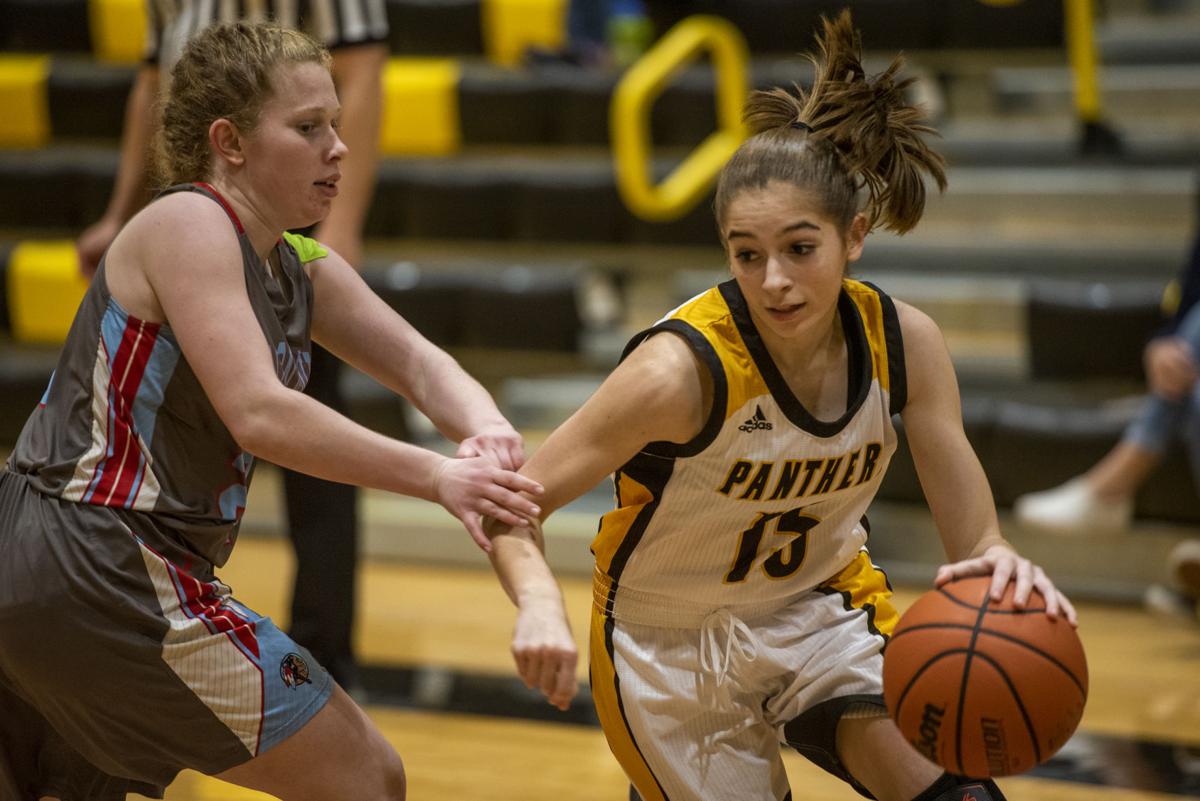 Pioneer freshman Ashlynn Brooke made a big impact in her 14 minutes on Tuesday. Tony Walters | Pharos-Tribune

Pioneer freshman guard Ashlynn Brooke takes the ball to the basket against Maconaquah.

Pioneer junior Madison Blickenstaff had 24 points and 10 rebounds on Tuesday.

Madison Blickenstaff had a career game on Tuesday night.

Pioneer freshman Ashlynn Brooke made a big impact in her 14 minutes on Tuesday. Tony Walters | Pharos-Tribune

ROYAL CENTER — The Pioneer girls basketball team has built a No. 8 ranking in Class A despite not being at full strength.

The Panthers are building more and more towards full strength and they showed that in a 71-49 win over Maconquah on Tuesday night.

Ashlynn Brooke made her home debut at the Cage for the Panthers (14-2) and in just her third game back from a torn ACL the 5-foot-6 freshman point guard had 11 points, three assists and three steals in 14 minutes.

Her impact was certainly felt as the Panthers outscored the Braves 40-16 in her 14 minutes of action.

“It started off a little rough but as I got going the team was encouraging me, definitely Olivia, Hailey, Jo, they all were ‘you’ve got this, you’ve got this, keep pushing and shooting,’ and then we started going and it felt really good,” Brooke said.

Madison Blickenstaff had a career game for the Panthers as the 5-11 junior had 24 points, 10 rebounds and five assists. She had a lot of fastbreak points and was 12 of 15 shooting from the field.

“It’s great to have Ashlynn back,” Blickenstaff said. “We can just push the ball up the floor a lot. It’s something we focus on, going all 84 feet. So it’s good to be able to go full speed.”

Hailey Cripe had 16 points, seven boards and six assists for Pioneer. She was 4 of 9 shooting from 3. Olivia Brooke had 10 points, eight boards and two blocked shots.

The Braves were without a starter, Alexandra Merritt (7 ppg, 7 rpg), who was out with a head injury. They led 14-11 after one quarter before the Panthers got their transition game going in full gear. Pioneer led 41-27 at halftime and 56-41 after three.

The Braves shot 8 of 19 from 3 as a team but had bad timing as the Panthers might have played their best game of the season to date. It helped that they had Ashlynn Brooke back for her home debut. She already holds offers from Ball State, Detroit Mercy and Miami of Ohio.

Brooke said the rehab on her injured knee has gone well. Even though she’s not even to the six month point following her surgery she said she feels she’s already back to being better than 80%.

The Panthers travel to Argos for a Saturday afternoon game. They then travel to Class 2A 6 North Judson next Tuesday and still have a shot at winning a share of the HNAC title if they can get the win.