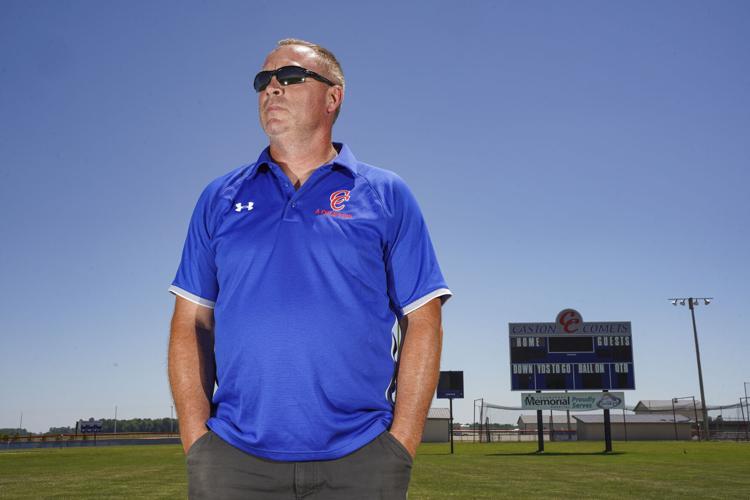 Caston football coach Chris Ulerick is pictured at the Crater on Thursday. 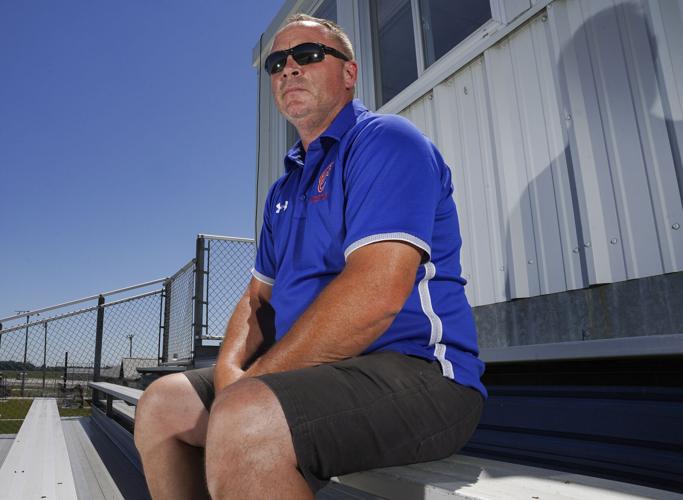 Head coach Chris Ulerick looks out to the football field from the stands at Caston High School in Fulton.

Caston football coach Chris Ulerick is pictured at the Crater on Thursday.

Head coach Chris Ulerick looks out to the football field from the stands at Caston High School in Fulton.

Caston didn’t have to look too far to find its next football coach.

Caston hired longtime coach Chris Ulerick, who has spent the last several years as the defensive coordinator, as the head coach this past spring following the resignation of Will Porter.

Ulerick’s Comets won eight games in each of the 2009, 2011 and 2012 seasons. His best season was 2003 when the Comets went 9-3 and reached the sectional finals before a loss to eventual state finalist Seeger, which went on to win the state championship the next season.

Ulerick said it was a good time for him to return to the helm.

“It felt right. The kids that we have coming and with everything going the way it has been, I think the kids just needed hopefully someone stable I guess is my best term. Someone who kind of understands the community,” he said. “I was already coaching so I was like ‘I may as well make the schedule up so I can’t be mad about it.’ That’s where I was. I kind of had the itch to get back into it. They approached me about it, my family and I talked about it and we thought it’d be a good idea so here we are.”

Ulerick has been working with the team this summer.

“The kids have been working extremely hard. I couldn’t ask for better kids,” he said. “We need to get a little bit of meanness in them but we’re working on the meanness.”

Numbers have been an issue for the Comets the last several years but Ulerick said the program is back on an upswing.

“We’ve had a consistent 25 there. Most of those are younger kids but the seniors that are there are consistent. I think there’s five seniors that are consistent,” he said. “The juniors and sophomores are the bulk of our team. The freshman class, they will be small in numbers but high in quality. We’ll probably have three or four freshmen starting.

“We’ve had decent numbers all year. It’s not like in years past where you wonder, we went and scrimmaged Logansport, I didn’t wonder if we were going to have 11 and it was more of getting everybody and equal opportunity to play and show us what they can and can’t do against another team.”

“I’m overseeing everything. I’m going to try to get somebody that’s in charge of the defense but everything is going to be the scheme that I’m wanting to do,” Ulerick said. “We will go back to what we were doing when I left how many ever years ago that was where we were doing some RPO stuff. We’re going to do a lot of wing-T stuff, just not the way Pioneer and Logansport runs it. We’re going to be more in a shotgun.