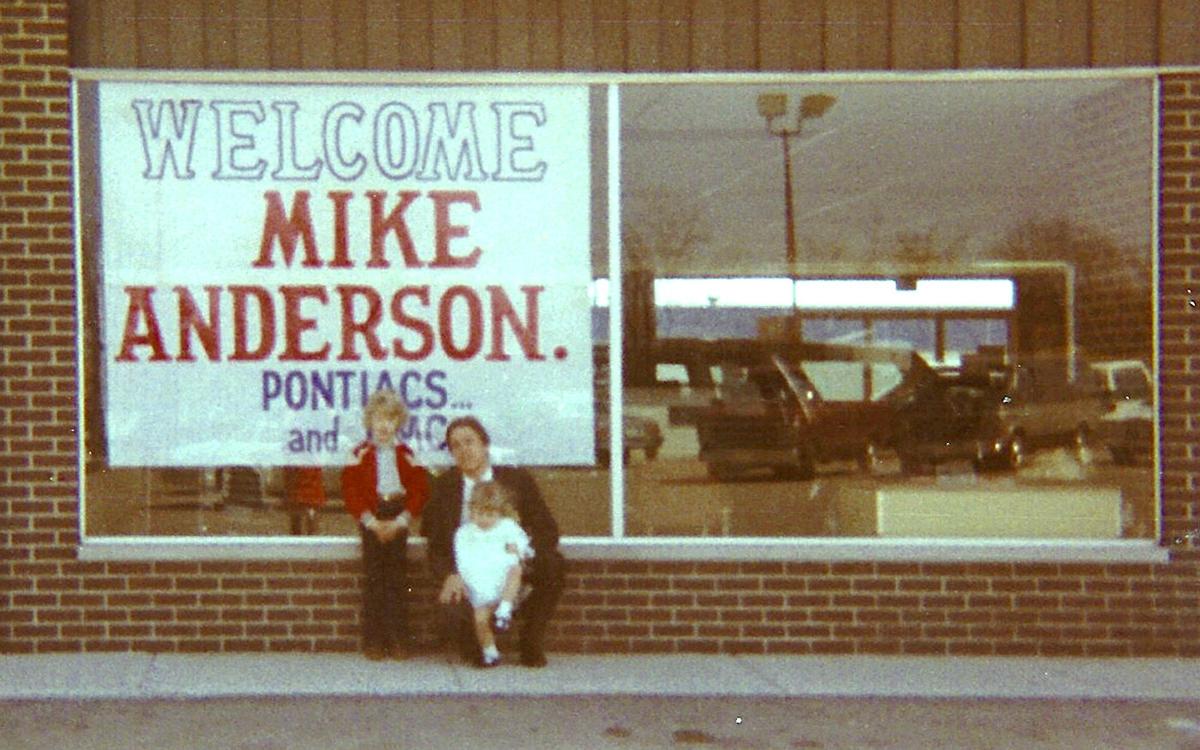 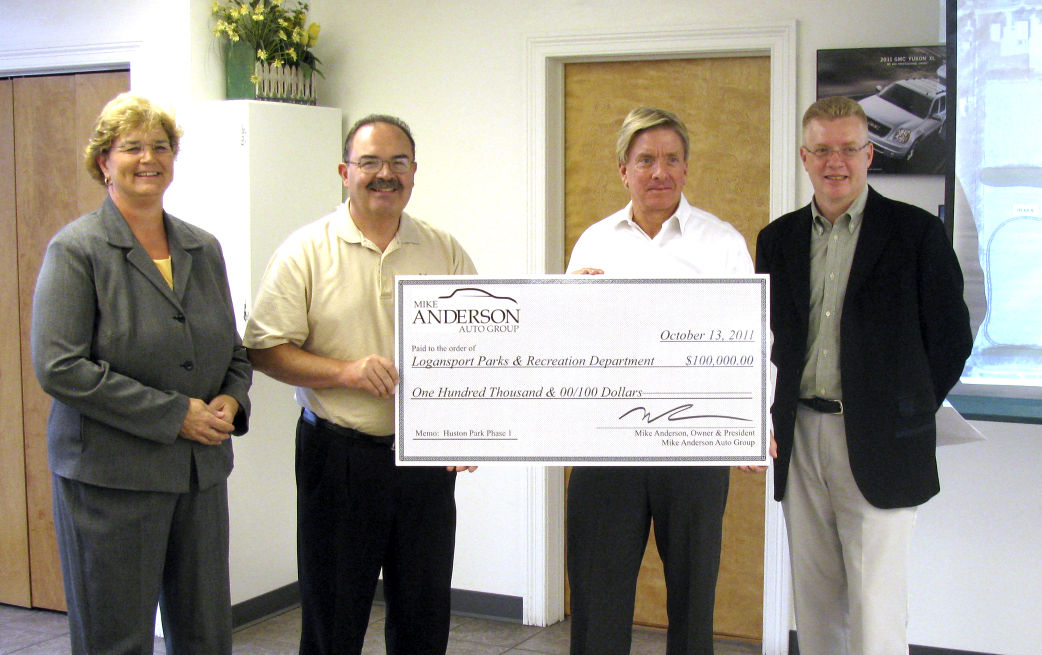 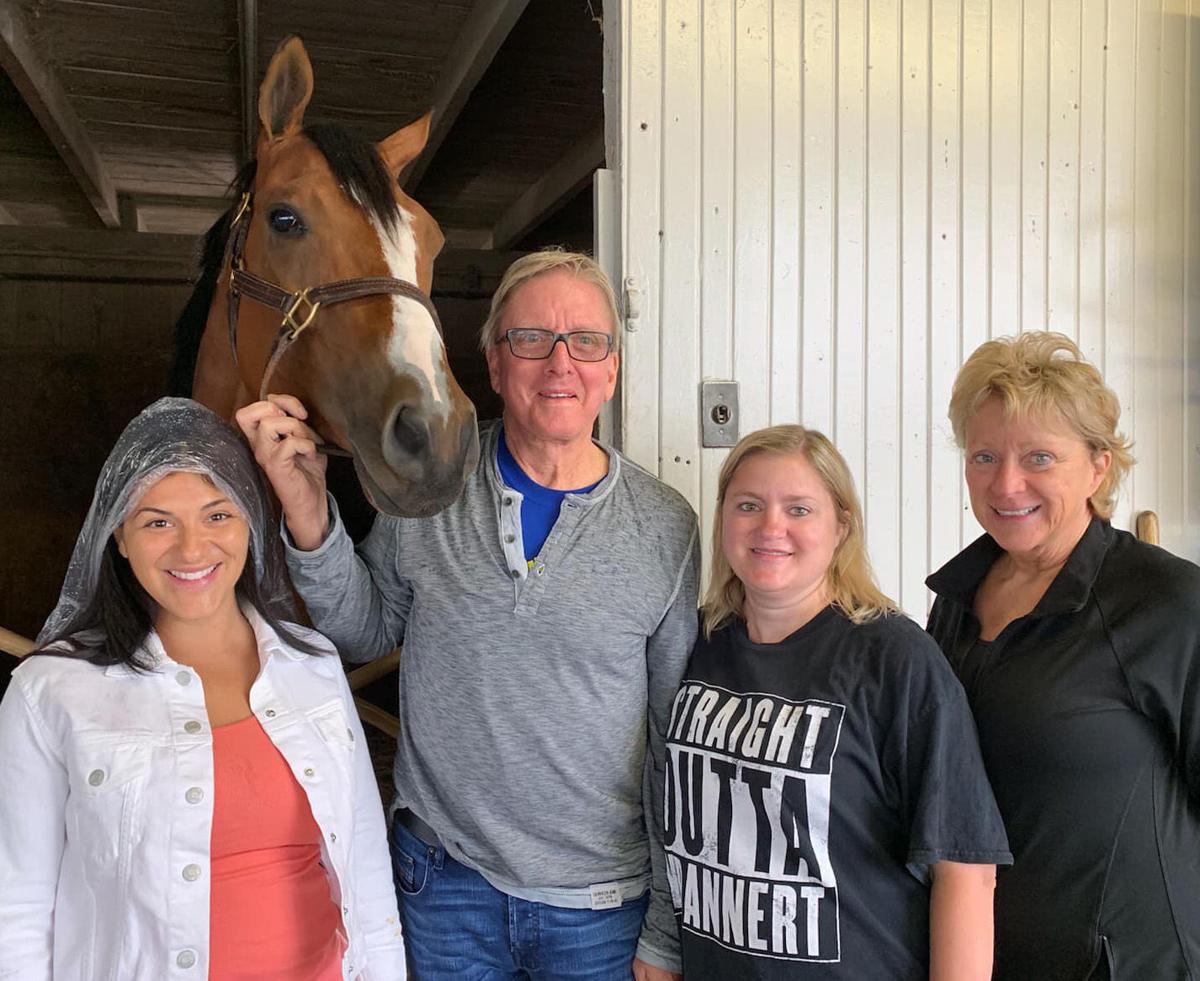 Mike Anderson posed with, from left, his daughter-in-law Maria Micaela Arambula Anderson; daughter Katy Props; and his wife, Linda Anderson. His horse, Jais’s Solitude, was named after his grandson, Jais, who is Maria’s son. 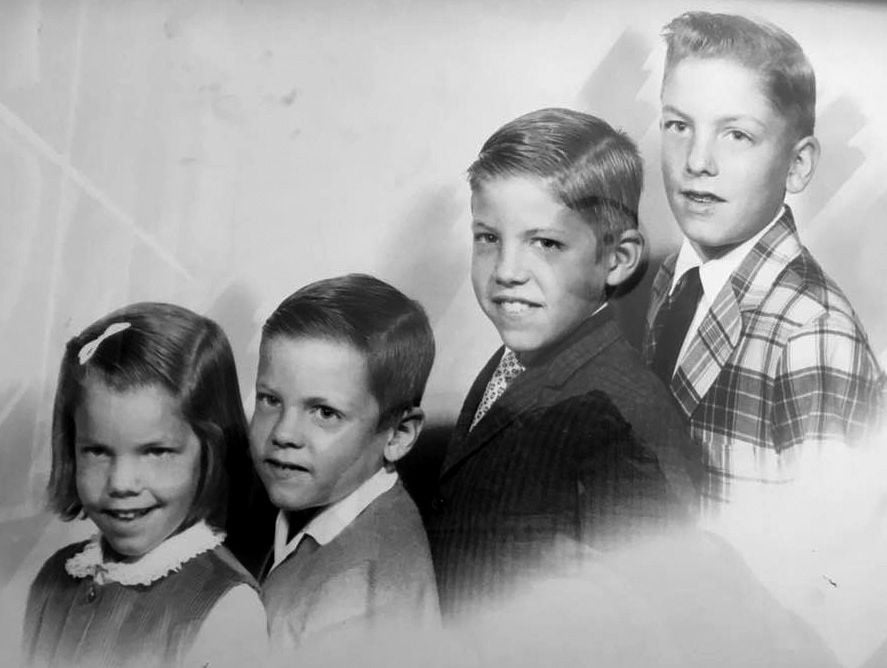 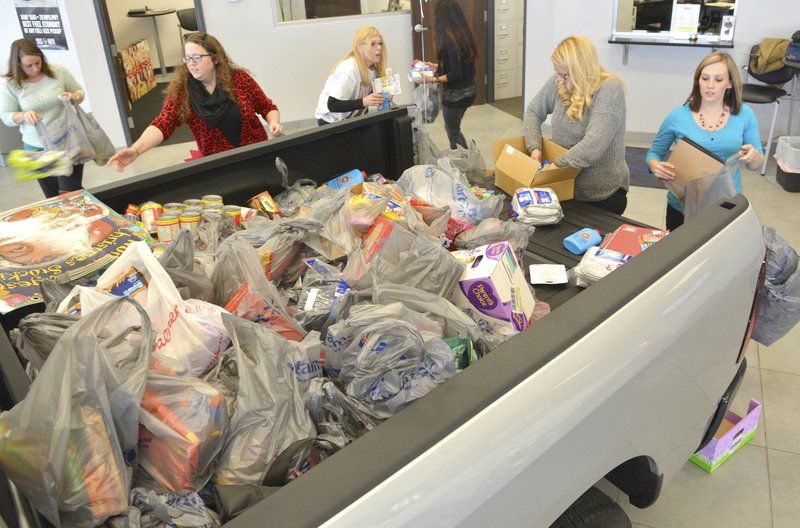 Mike Anderson posed with, from left, his daughter-in-law Maria Micaela Arambula Anderson; daughter Katy Props; and his wife, Linda Anderson. His horse, Jais’s Solitude, was named after his grandson, Jais, who is Maria’s son.

Logansport was not Mike Anderson’s hometown. However, the city will likely bear the imprint of his generosity for decades to come.

On Sept. 1, Anderson died after a two-year battle with esophageal cancer. At 2 p.m. on Sunday, his family and friends will meet in Logansport to celebrate his life.

Anyone who’d been around Logansport for any length of time knew Anderson, said Bill Thompson, general manager of the Mike Anderson Auto Group and longtime partner of Anderson’s.

“He credits this community for launching his career,” Thompson said. In appreciation, “Mike was very well known for his community support.”

He gave to scholarships at Ivy Tech, the Cancer Care Center and Family Birth Center at Logansport Memorial Hospital, the Cass County Family Y, local schools, the 4-H fairgrounds, the historic State Theater and many other causes.

He not only donated to Huston Park but participated in its formation, Thompson said.

His wife, Linda, said that, in 2013, the Automotive Dealer Association of Indiana awarded Anderson the Hermann Goodin Civic Service Award for his record of service to his community.

“The best thing is, the Ford dealer in town nominated him for it,” she said.

Mayor Dave Kitchell believes it was part of Anderson’s Indiana upbringing that instilled in him a strong sense of generosity.

“Mike was somebody who wasn’t just a good man but a community leader,” said Kitchell. “It was good business, that’s for sure, but it was also the right thing to do,”

Even when he no longer lived in Logansport, “Mike still wanted to be a part of that,” Kitchell said.

“He truly cared about the community,” said Chris Armstrong, executive director of United Way of Cass County. “Since 1998, he has been supporting the United Way as a leadership level, which is $1,000 and up (annually).”

As of 2016, he was an annual Tocqueville Society member of the United Way — someone who gives at least $10,000 annually ... personally, and not from a business.

“He was always very supportive — just generally a nice guy, someone with a lot of clout, but he would talk to anyone,” she said.

He also kept up on his local Noontime Kiwanis membership, even though he wasn’t in the city often enough to attend meetings.

Logansport Community School Superintendent Michele Starkey said, “You could always count on him to be supportive of our students, and it really didn’t matter what area. It could be an academic team” or the arts or athletics.

Anderson supported the girls’ basketball team when they went to China, and often supported extracurricular activities, especially in the arts, she said.

Anderson’s personality shown through in his business dealings.

“He was somebody who believed — as he was a business owner — of giving back to the community,” Armstrong said. He believed in helping community succeed, she added.

Thompson said that “Quality of life would’ve really tied into a lot of what he gave to or would donate to.”

He didn’t just cut checks for causes but knew where and how the money was going to be used.

Anderson’s family is planning to make an endowment to the Cass County Community Foundation so his generosity to his adopted home will live on. The family is still getting his business affairs in order, so the nature or value of that gift isn’t yet known.

He owned more than 80 thoroughbred horses in across the country and in Canada — 50 outright and others in partnership with trainers who wanted to go into the business but needed a partner.

People would call Anderson with problems — like a widow who lost her insurance and asked whether he would help, Linda said.

In his running group, a woman talked about receiving an expensive running stroller from Anderson so she could run with her disabled daughter.

“He would do that very discreetly. He did a lot of things like that,” Linda said.

Anderson came to Logansport in 1980 to establish himself in business, buying the Bill Cox Pontiac dealership and going out on his own after working at his father’s dealership in Crown Point after graduation.

At that time, the economy was harsh — the prime interest rate was at 18 percent or higher. “And here he was buying a car dealership,” said Thompson.

Anderson said he bought used cars on consignment to have enough for the car lot. Linda said that, for three years, they weren’t sure whether the dealership would survive. “It was very scary,” she said.

However, he had perseverance.

“He was always a really good businessman, and he was proud of the fact that he surrounded himself with good people,” she said.

His daughter, Katy Props, said that it was important to him that everyone in his family have a strong work ethic and be self-sufficient.

He did well enough to start buying other dealerships and, in 1989, he bought a Chevrolet dealership in Gas City. Under Anderson, it flourished, Thompson said. “They love that dealership, and it’s still going,” Thompson said.

In 1993, he bought Western Dodge in Marion. Around 1995, he opened a used car dealership in Kokomo and a Ford dealership in Tennessee. In 1998, he added the Rochester dealership and Thompson went from chain controller to partner. In 2001, Anderson bought the Chevy store in Ossian.

He had used car super centers in Peru and Plymouth and dealerships in northwest Indiana and Chicago.

Thompson said that Anderson’s expertise wasn’t necessarily in numbers or mechanical knowledge but in people — whether they were his employees or customers.

“He was a very confident man, but he would always show empathy and compassion,” Thompson said.

He had an incredible memory for names, so he could go to any employee and address them by name and talk to them about something that happened in their lives months earlier. He felt if employees were happy, his customers would be happy.

“He was very personable,” said Linda.

“When we first moved to Logansport, we really didn’t know anybody,” she said. “We went anywhere we could meet people.”

He was also good at keeping in touch, he said.

Props said, “He liked to have a good time and make sure the people around him had a good time.”

He’d take a group to places such as Arlington Heights to see one of his horses race, and he’d make sure everyone had someone to talk to and enjoyed themselves.

As he was able to get away from the dealership when he became more successful, there were more trips with family and friends, Props said.

“All of our stores are ingrained in the community,” Thompson said. He expected that not just of his managers — employees were encouraged to back charities and make personal time for church, civic or charity organizations, youth sports or other activities.

“And he was able to harness that and take it into the big stores in Chicago and Merrillville,” Thompson said.

As Anderson grew more successful, he was able to pursue other interests, including golf, horses and running. His wife said he was always going to Texas, Tennessee, Kentucky, Canada and wherever he had horses.

He played golf all over the world, joined a running club and ran marathons and attended sporting events, including some Super Bowls.

He also attended as many of his grandchildren’s sporting or school events as possible.

His 9-year-old grandson, A. J. Props, said at his funeral, “He loved when I would send him videos from my baseball games and videos of me singing Hamilton songs.”

“Mike was a passionate man about anything he touched. He was passionate about the stores,” Thompson said. “He was always all-in, whatever he was doing.”

Because of Anderson’s reputation, Thompson intends to retain the name.

“We view the name more like a franchise,” he said. “Especially in north-central Indiana, the Mike Anderson name is a sign of the way people get treated — the level of service.”