A bald eagle soars over a river. 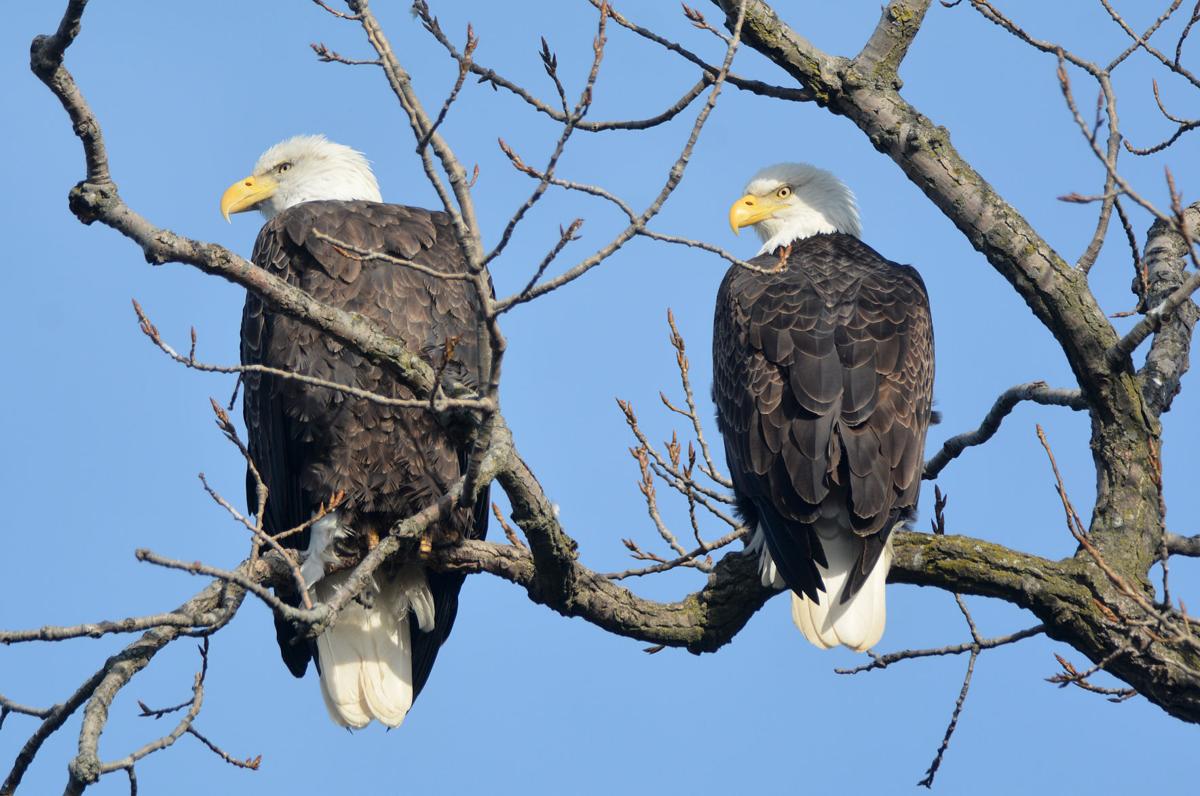 A pair of bald eagles occupy the same branch along the Wabash River. 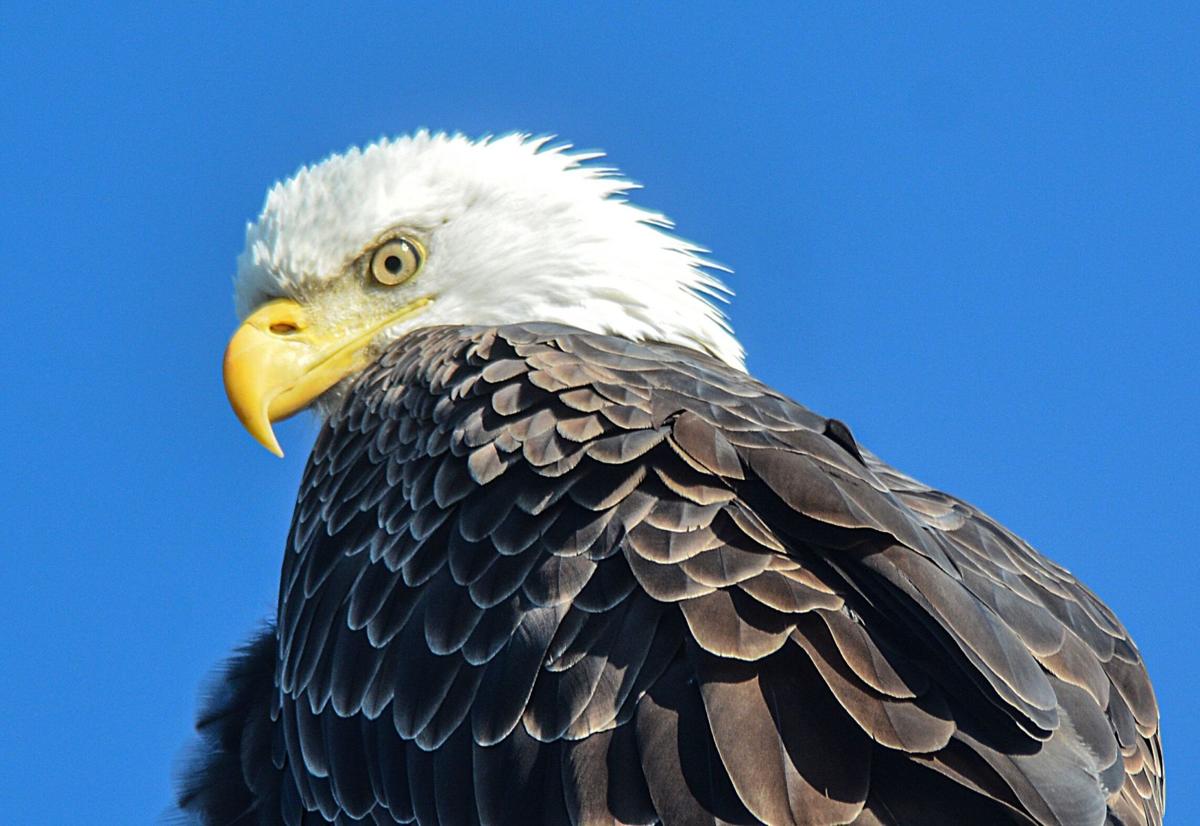 A bald eagle eye’s the photographer on a Saturday afternoon on Cliff Drive.

Several bald eagles rest in the trees. The eagles were spotted during a Indiana Department of Natural Resources Eagle Watch last year.

A bald eagle soars over a river.

A pair of bald eagles occupy the same branch along the Wabash River.

A bald eagle eye’s the photographer on a Saturday afternoon on Cliff Drive.

Several bald eagles rest in the trees. The eagles were spotted during a Indiana Department of Natural Resources Eagle Watch last year.

PERU — More than three decades ago, the sighting of a bald eagle in Indiana would have been a rarity.

But a symbol synonymous with the United States has since been reintroduced in the Hoosier State, and sightings of the bald eagle have become a common occurrence.

According to the Indiana Department of Natural Resources website, bald eagles nested in Indiana until the 1890s, and small numbers wintered in the state from November through March. Mid-winter bald eagle surveys conducted since 1979 have shown a dramatic increase in wintering eagles in the state.

In 1985, the Indiana Nongame and Endangered Wildlife Program began the Bald Eagle Reintroduction Program. Seventy-three eaglets (7 to 8 weeks old) were obtained from Wisconsin and Alaska from 1985 through 1989 and brought to Indiana. They were placed in a 25-foot nest tower in a secluded bay on Lake Monroe. The birds were monitored and fed daily until they were old enough to fly at 11 to 12 weeks of age. Since then, the eagle population has continued to expand. In 2016, there were an estimated 300 nesting territories in Indiana.

In Logansport, bald eagle sightings were rare a decade ago. But in recent years, it has become common to spot them along the Wabash River from the western edge of town to Georgetown and to the east near Miami Bend and the Logansport Golf Club. Less frequent are sightings along the smaller Eel River. Occasionally, bald eagles even briefly perch on downtown buildings.

The bald eagle is found throughout central Indiana, along major rivers and other large bodies of water. One of the biggest concentrations of these raptors is at the Mississinewa and Salamonie lakes.

DNR will host a Sunrise Eagle Watch on Jan. 18, starting at 6:30 a.m. at the Miami State Recreation Area boat ramp. Registrations are recommended by calling 260-468-2127.

This site is the largest bald eagle nesting roost in Indiana and worth getting up before the sun shines to witness.

Additional eagle watches are scheduled for Feb. 8 and Feb. 15 at 3 p.m., which start at the Salamonie Interpretive Center. Again, registrations are recommended.

At one location to the east of Peru last year, there were more than 25 eagles nesting along the river banks. At the Mississinewa Lake dam site, eagles were spotted drifting effortlessly through the air, snatching unsuspecting fish from the waters below.

Volunteers at all locations where eagles can be observed have spotting scopes in place.

Those taking part in any of the eagle watch opportunities should dress warm and bring a camera, not a cellphone, to capture images of the bald eagles either in flight or nesting.