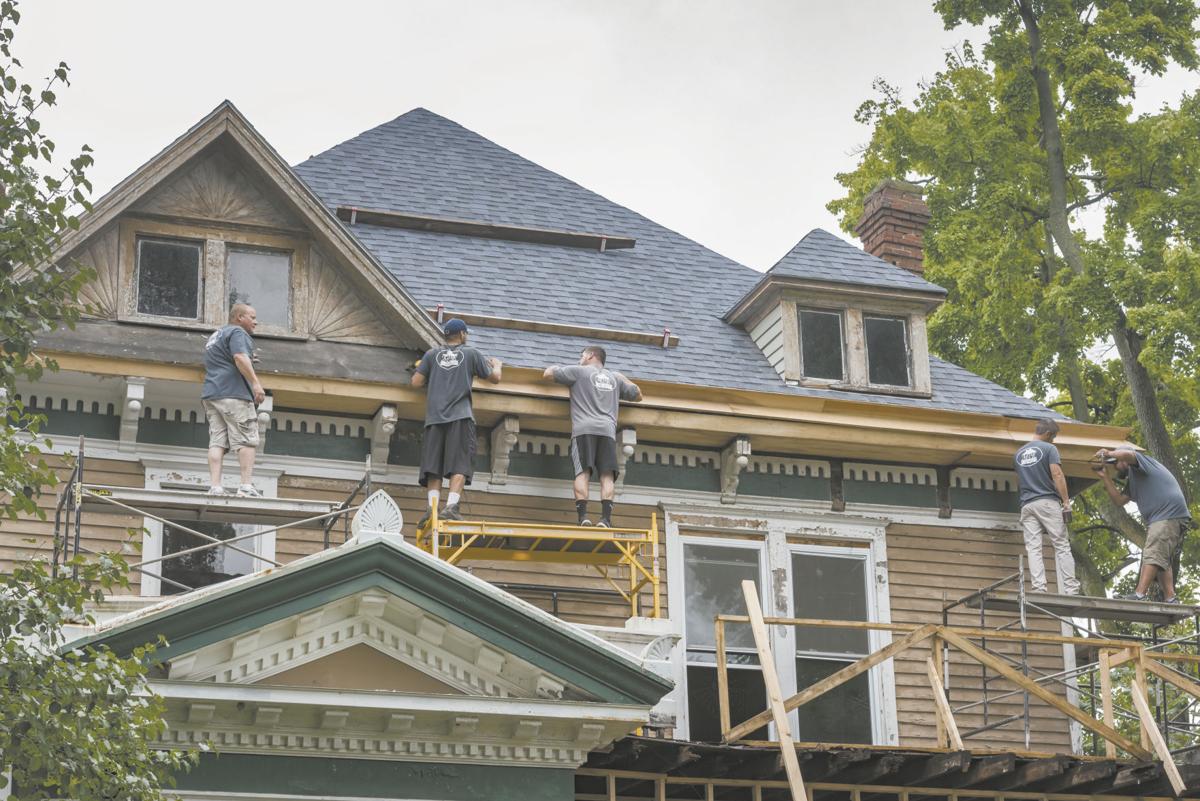 The restoration crew from MPR Realty work on the reconstruction of the Tipton House in the 2000 block of North Street on Thursday morning. The entire process will take about three years to complete. 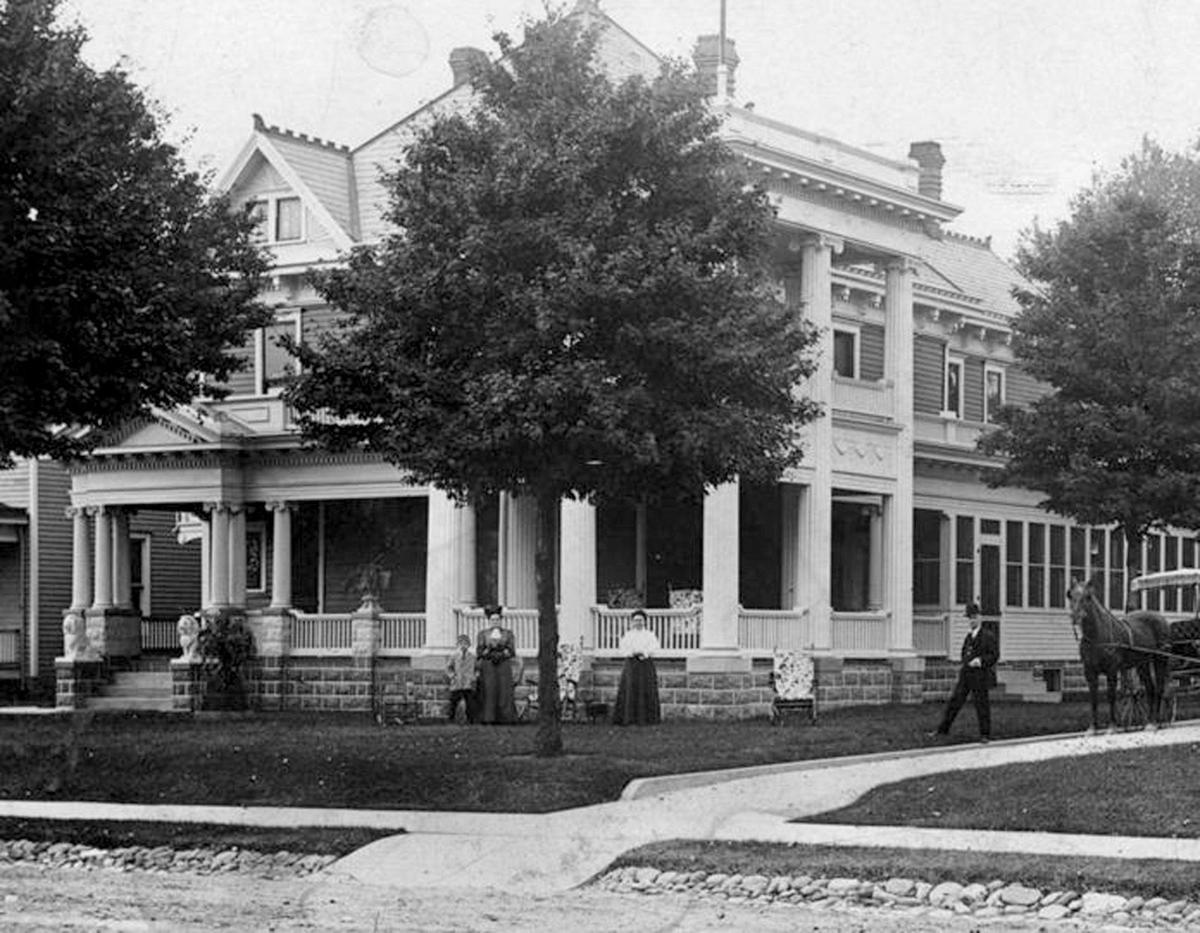 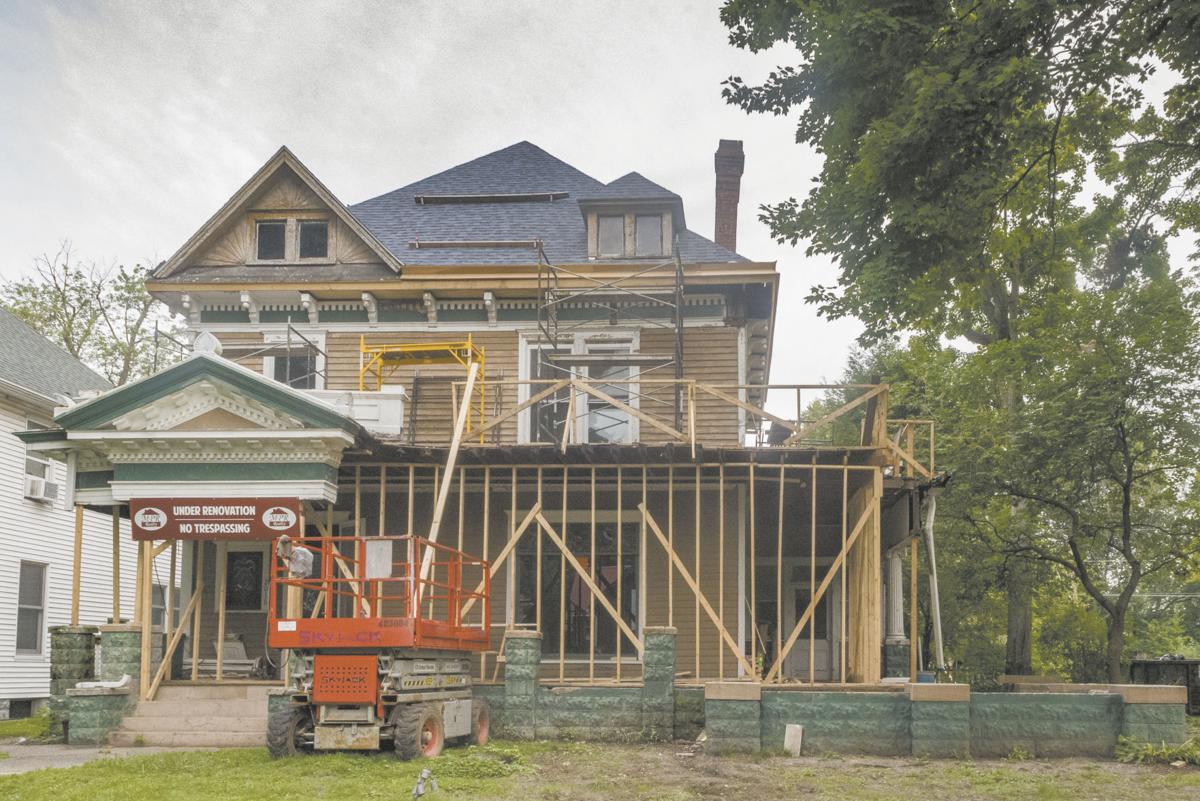 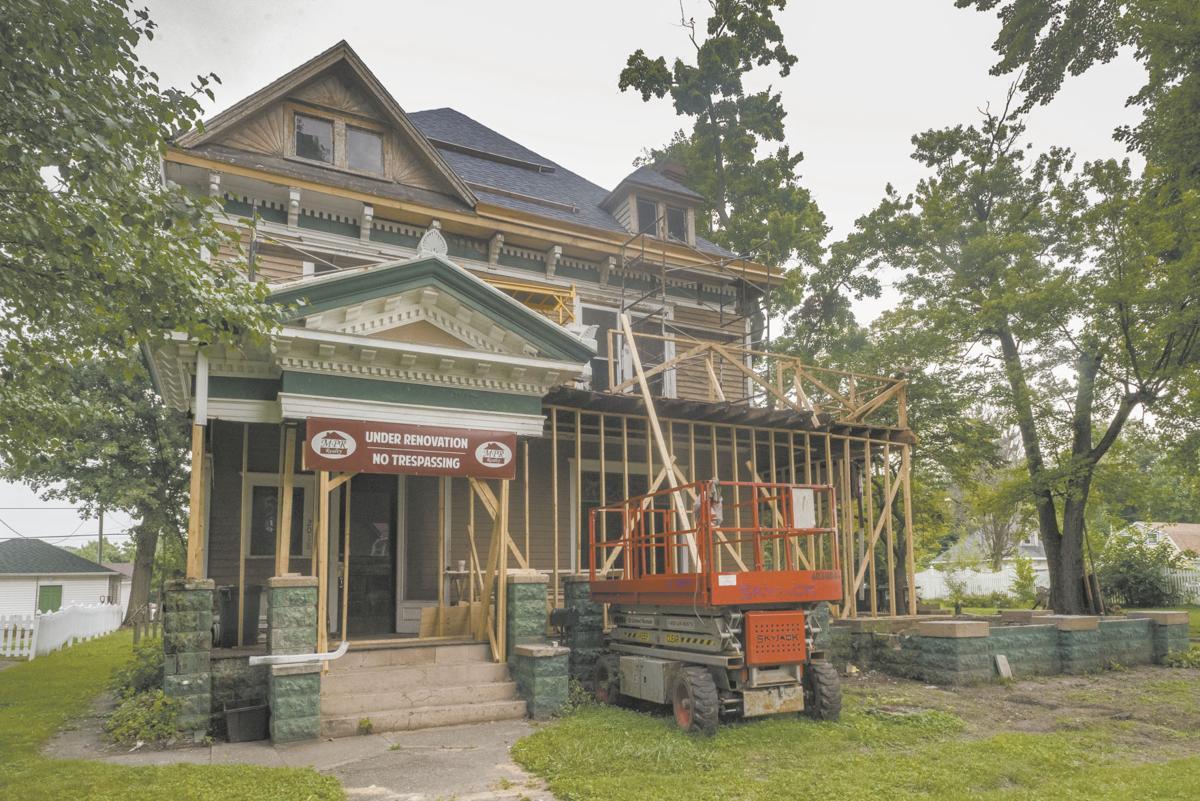 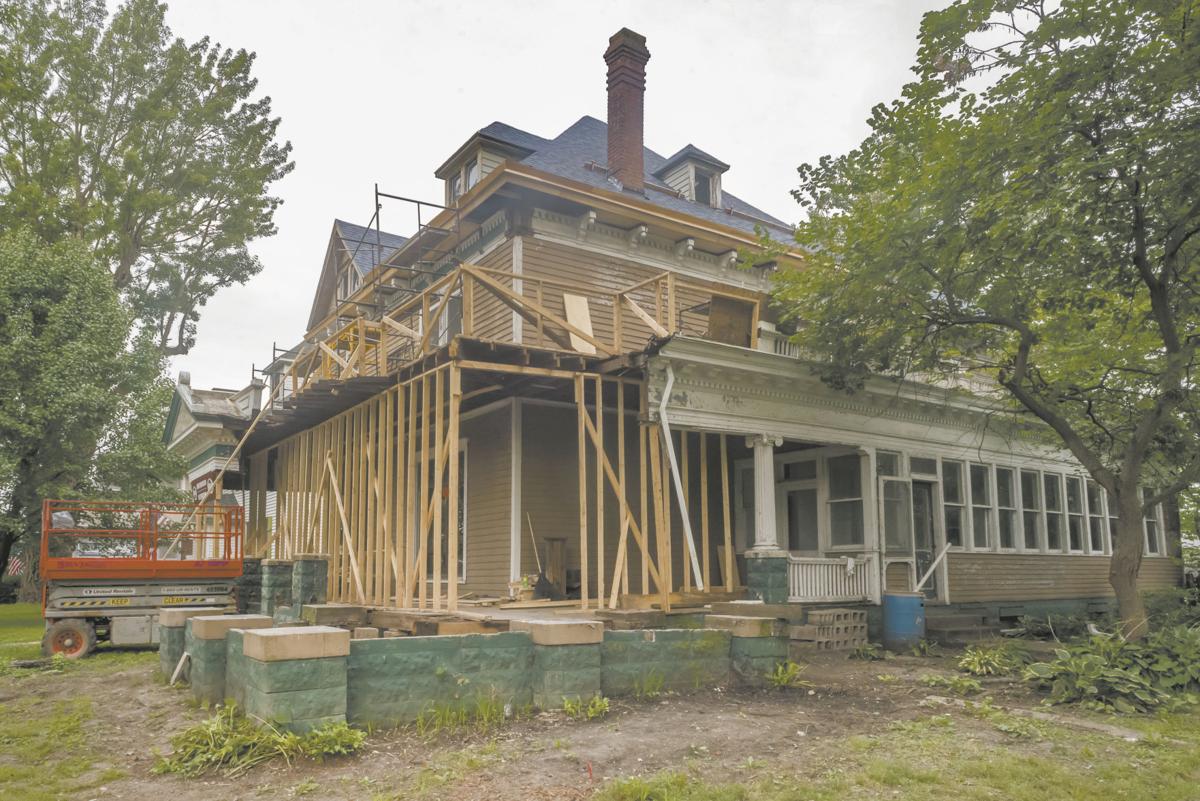 The restoration crew from MPR Realty work on the reconstruction of the Tipton House in the 2000 block of North Street on Thursday morning. The entire process will take about three years to complete.

Perry and Memi Rennewanz were not going to sell the historic house at 2018 North St. in Logansport to just anybody.

They had about 15 opportunities to do so, Perry estimated, recalling how the property drew interest from people across the U.S.

But as soon as certain plans were shared, the deal was off. Splitting the house into apartments. Tearing down the carriage barn. Doing away with the two-story porch.

"I didn't want just anybody to take the house, I wanted somebody that would love it as much as I did," Perry said at the property Thursday.

Then Christina Melissa Marie "Missy" Price and her mother, Paula Price, came up from Indianapolis to check out the property.

Perry said he could see "in their eyes" that they shared his love for the home. A deal over what was once known as Logansport's Domicile Square was squared away. What's expected to be a three-year restoration project then commenced to preserve part of the city's history.

Cass County Historical Society records indicate that the property is believed to have been built in the 1850s, originally faced High Street and was dubbed Domicile Square. George Tipton, eldest son of Gen. John Tipton, farmed the ground there. Sometime after he died in 1873, his wife, Sarah, traded the house and land for another Logansport home.

Peter Moore, who came to own the property sometime after 1883, had the structure turned to face North Street and added its three large porches. The ground on High Street was sold off in lots and houses followed.

Missy Price bought the property in April. After the extensive restoration is complete, she plans to move in with her mother and eight basset hounds.

"Oh my gosh, this is my dream house," she recalled thinking.

She emailed Memi Rennewanz of Logansport-based MPR Realty, who sent photos of "the good, the bad and the ugly," making clear the restoration work that would be required.

After seeing the property in person for the first time, Price admitted it was "rougher" than what she expected. She talked about it with her mom, who agreed it would require a lot of work they weren't qualified to do.

Then her mother asked what colors she'd make it.

"Seriously?" Price remembered thinking, surprised by her mother's lack of dismissal. " ... Shades of blue and white."

They spent the next week coming up with more ideas of what they could do with the house if they were able to get it. Eventually they paid the property another visit. They made an offer and after some negotiation, the house was theirs.

It won't be the first historical property Price said she's had restored, recalling a Victorian in Michigan she owned.

"I appreciate the craftsmanship, I appreciate the history," she said of old homes. "They just kind of speak to my soul, if you will. You see it and you think, 'What did it look like when it was first built? ...There's just that desire to return it to what it once was."

Even though the Rennewanzes no longer own the house, they're far from done with it. Price immediately enlisted Perry to be the general contractor for the endeavor.

"He and his crew are simply phenomenal," Price said.

Passersby have likely noticed that the house's two-story porch no longer towers out front. It'll be going back after its damaged 4-inch-thick foundational blocks are replaced with 8-inch ones.

Their work has been drawing its fair share of onlookers, Perry said, some of whom have even dropped off donuts for the workers.

"We got a lot of people who really appreciate what we're doing," he said.

When the porch returns, it will have new columns made out of a marble composite. Price said her motivation for those is to allow whoever owns the home 100 years from now to avoid the deficiencies compromising the columns that were recently removed.

In about two weeks Price said copper ridge caps will be going on the house's new roof. She hired a copper artist to redesign the property's former metal exterior adornments.

Perry praised Price's desire to not only return the house to its former glory, but amplify that glory as well.

"This house is going to be nicer than it was when it was built," he said.

Price plans to replace the property's gazebo, which was falling down and had to be demolished. She intends to add a back porch to the house. New landscaping and concrete work are slated for the front yard along with a tiered garden, old-fashioned lights flanking the walkway and a curved staircase leading to the front door. In the side yard, Price said she wants to put in a Victorian garden and a pond.

They'll be part of the many improvements coming to 2018 North St. over the next few years.

"I'm honored to save this house," Price said.

Work on historic home not yet OK'd