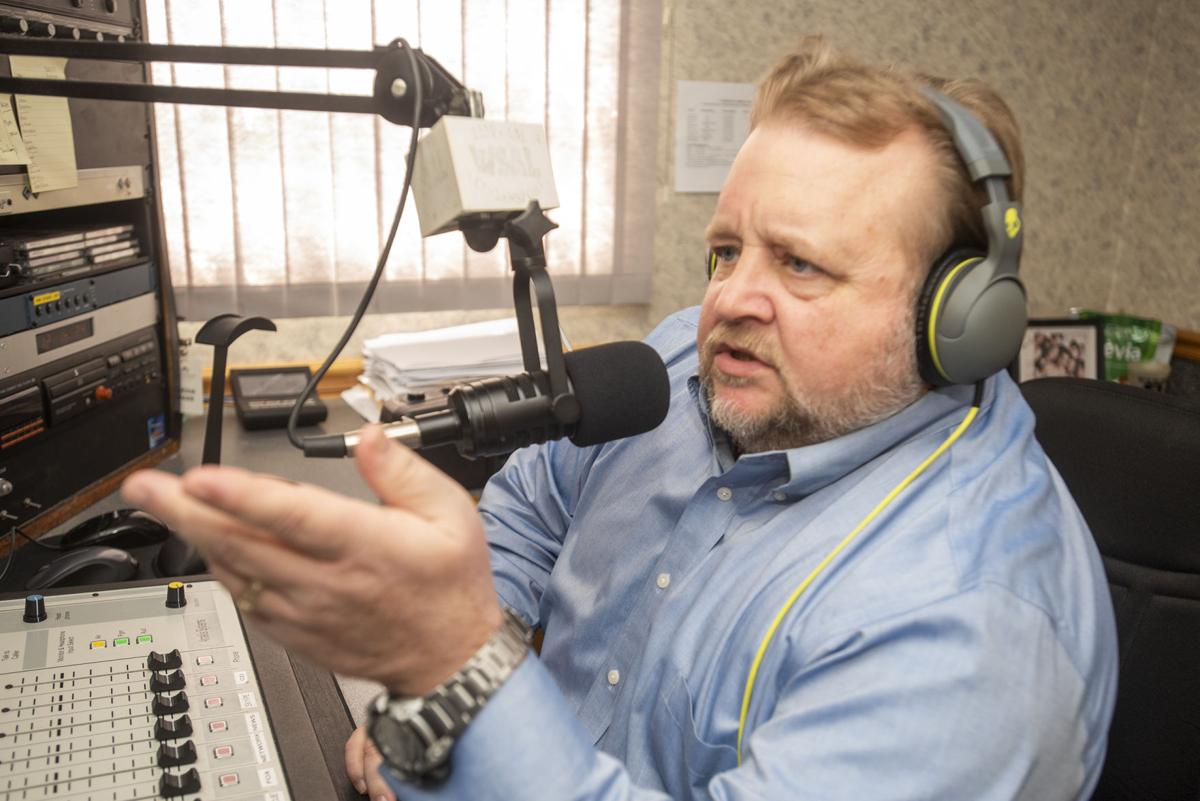 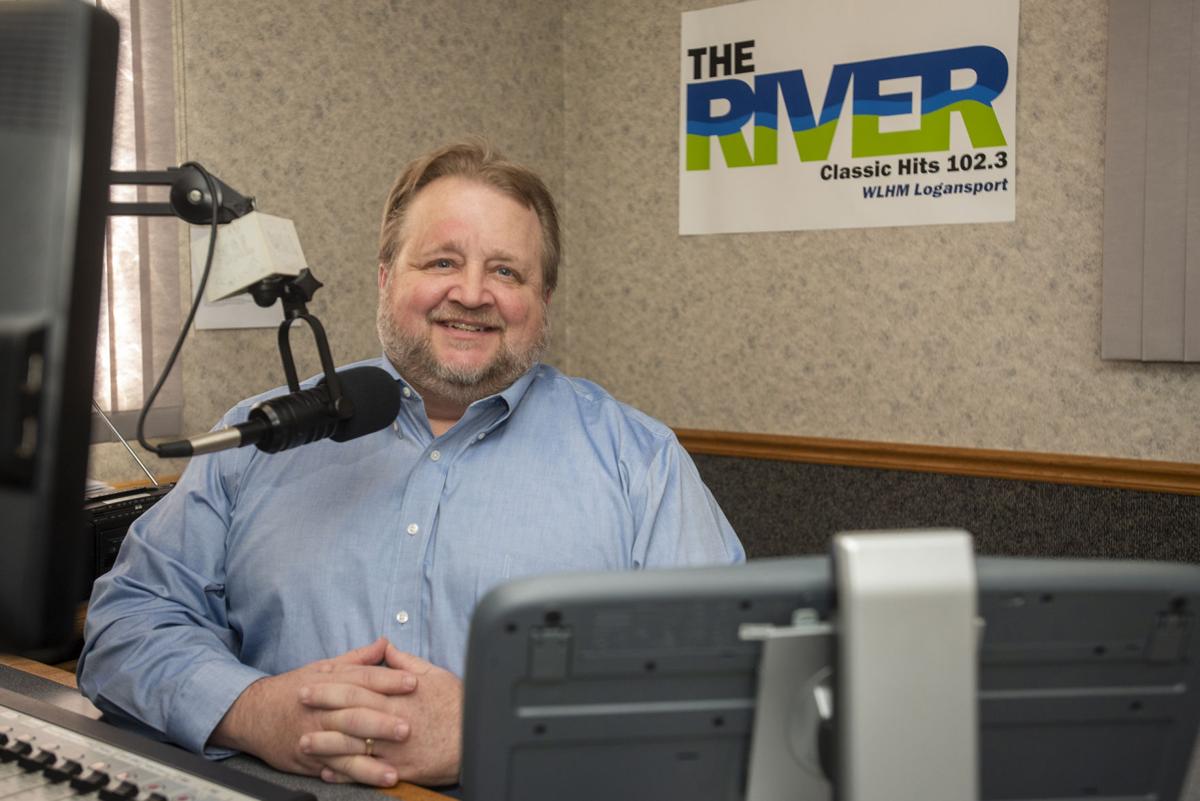 Allan James is the owner of Iron Horse Broadcasting, which took over Logansport’s three radio stations in January.

Allan James is the owner of Iron Horse Broadcasting, which took over Logansport’s three radio stations in January.

Officially, Allan James and Iron Horse Broadcasting took over Logansport’s three radio stations on Jan. 1. But the revitalizing and rebranding of them started about three years ago after Mid-America Radio owner Dave Keister made him an offer he couldn’t refuse.

James, who’d worked for Mid-America for 13 years, wasn’t sure he wanted to leave a job he had with nationwide corporation Cumulus Media. But Keister gave him an incentive to become something unusual for an individual these days — an independent radio station owner.

“And once you do it — and these are his words — I’ll sell it to you, and I’ll be the bank,” James said. “I figured it was the only opportunity I’d have in my life to be a radio station owner,” he said. “It’s more than a dream for me.”

Keister, who’d been in the radio business since 1967, had bought Hoosier 103.7 in 1995 and then acquired the other two stations. His son had worked the Logansport stations but became ill, James said. Then things didn’t hold together.

“The model began to erode, not only with the economy,” James said.

Keister gave James one directive: get the stations making a profit again.

“He allowed me to do what had to be done.” James said.

James didn’t make changes to personnel. It was the three stations’ operating model that James changed, focusing on serving the community.

“Leadership has a great level of accountability,” James said.

And in radio, that means accountability to the citizens of the community, to government (FCC and local) and to his employees.

“If I don’t produce the right accountability, I’m going to fail,” he said.

He’s been restoring the relationships with the employees and local government, and for the community, the stations are providing professional city and county news, sports and weather.

“I don’t want to deliver the problems and issues of Indianapolis. That’s too far away,” he said. Even coverage for COVID-19 needs to be local.

And the stations have been working with the advertisers. Iron Horse Broadcasting recently launch its marketing strategy aimed at targeting “the Diamond Marketplace,” referring to the diamond-shaped area on a map between four communities — Logansport, Rochester, Peru and Galveston.

Iron Horse Broadcasting’s motto is “we will do the work,” James said. “That’s just putting into practice that we will need a strong work ethic.”

It’s also a matter of holding trust with all these groups and proving the company is a good steward of the public’s airwaves.

“You don’t just restore that trust in a minute,” he said.

Keister predicted it would take exactly three years after James started in 2017 for the stations to be ready for his takeover.

James hasn’t changed the music formats at the stations because they’ve been researched well, although consistency is important. WSAL is directed to baby boomers, and for WHZR, country always does well in agricultural-oriented areas and families.

He rebranded WHLM as The River to tie it to the city’s natural features that helped found Logansport as an early transportation hub. It’s classic hits programming because the broadcast area is 60 percent 45 years old or older, and that appeals to them.

The classic hits playlist takes the top 100 songs from 1965 (James’ birth year) through the 1990s, which gives the station a much longer playlist than most stations, which usually only play 700 or fewer songs.

Although WSAL and WHLM don’t market to millennials, that age group only make up about 10% of the population. And most advertisers aren’t interested in them, he said.

However, Hoosier Country is making use of local high school FAA members by having them do the Farming Underground reports, dictating it through their cellphones.

“We’re using their familiar technology. We’re harnessing it for radio,” he said.

That agricultural emphasis is how he ensures the station is competitive with other country stations. Hoosier Country’s all-request, Saturday morning show “Roots of Hoosier Country” is also the highest rated radio show in the area.

James also reversed the downsizing of the sports coverage, which is expensive but fits the three stations’ model.

“It was massively fractured when I got here,” he said.

Coverage was inconsistent and broken. Now the stations cover three school districts with full basketball and football game coverage. They also are streaming games online so that grandparents who live in warmer places like Florida can listen in.

Being a privately owned broadcasting company means James can also make immediate changes in programming, such as for COVID-19. He’s adapted to help businesses still open during COVID-19 through advertising and by playing Vietnam-era songs on Friday to honor Sunday’s National Vietnam Veterans Day after local vets contacted him with concerns it wouldn’t be recognized this year.

“I can do it because I don’t have to get the approval from Atlanta or New York or whatever. I can do it today and do what’s best for Logansport,” he said.

James found out how well all these changes have been noticed shortly after he started here. While in Monticello, he overheard someone talking about the new station in Logansport and how good it was.

He wondered why the FCC would license another station in someplace with three stations already, but he found out the man was talking about WHLM, which had also previously been broadcasting in mono for an unknown reason.

“People thought it was a new station completely,” he said.