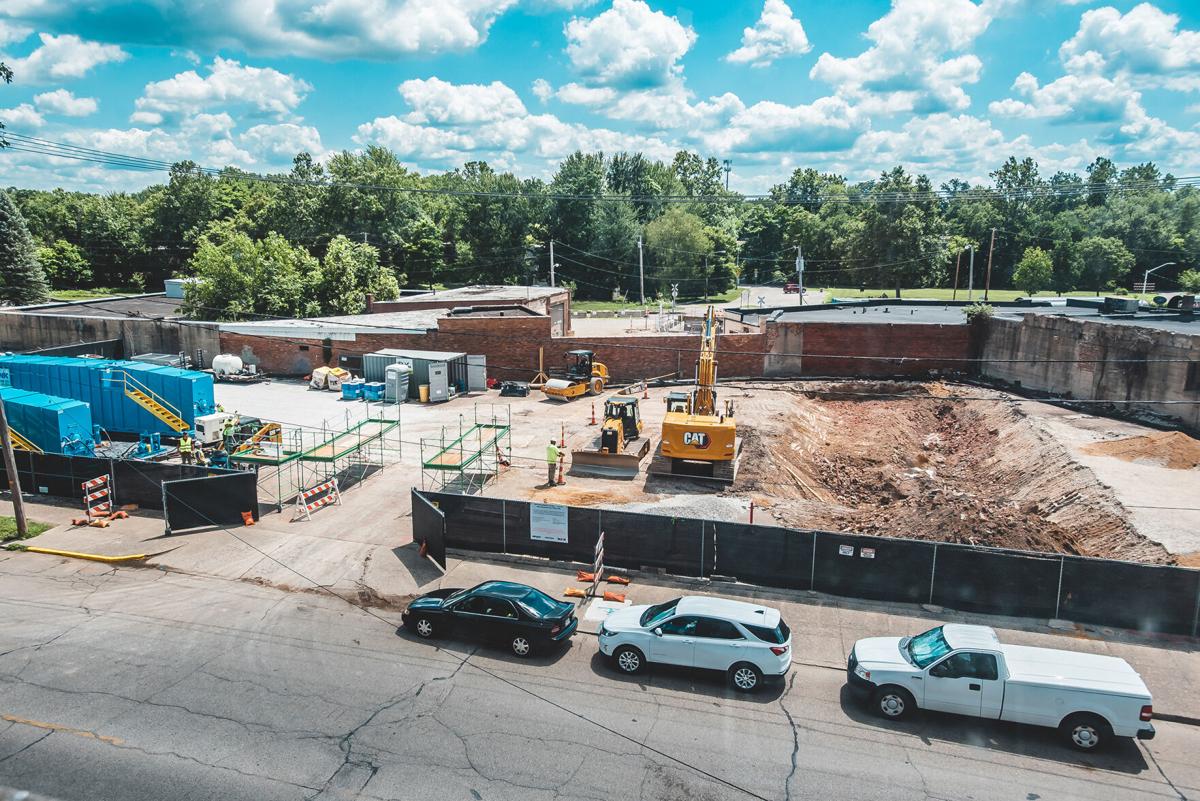 NIPSCO works to clean up a property on Erie Avenue. 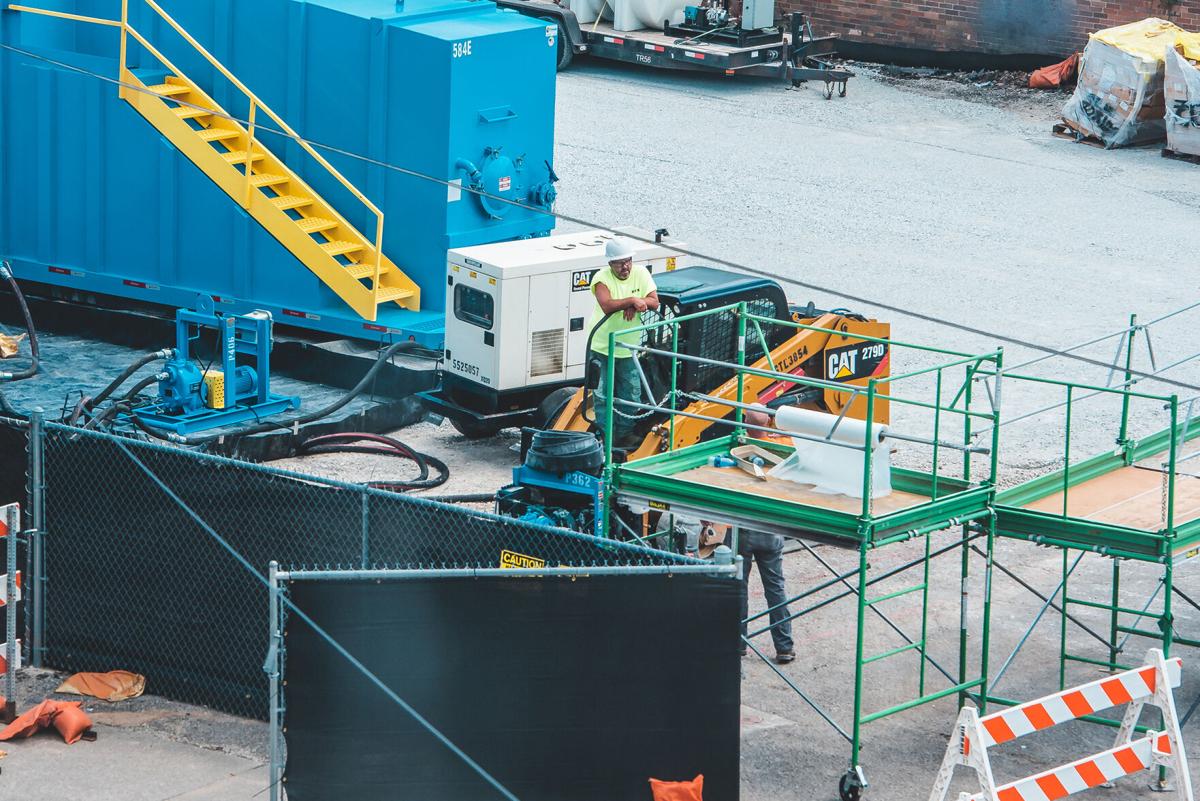 NIPSCO employees work at the site of a former manufactured gas plant on Erie Avenue. 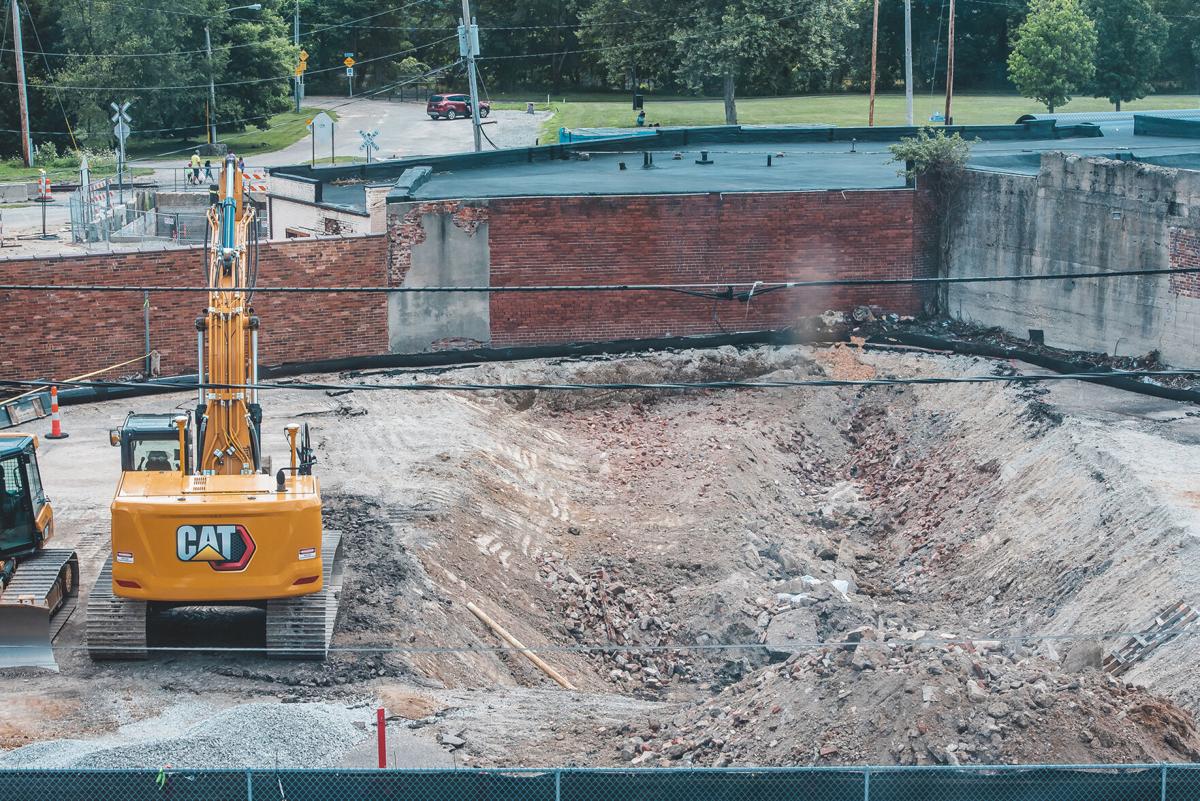 The excavation of a former manufactured gas plant site on Erie Avenue has begun. 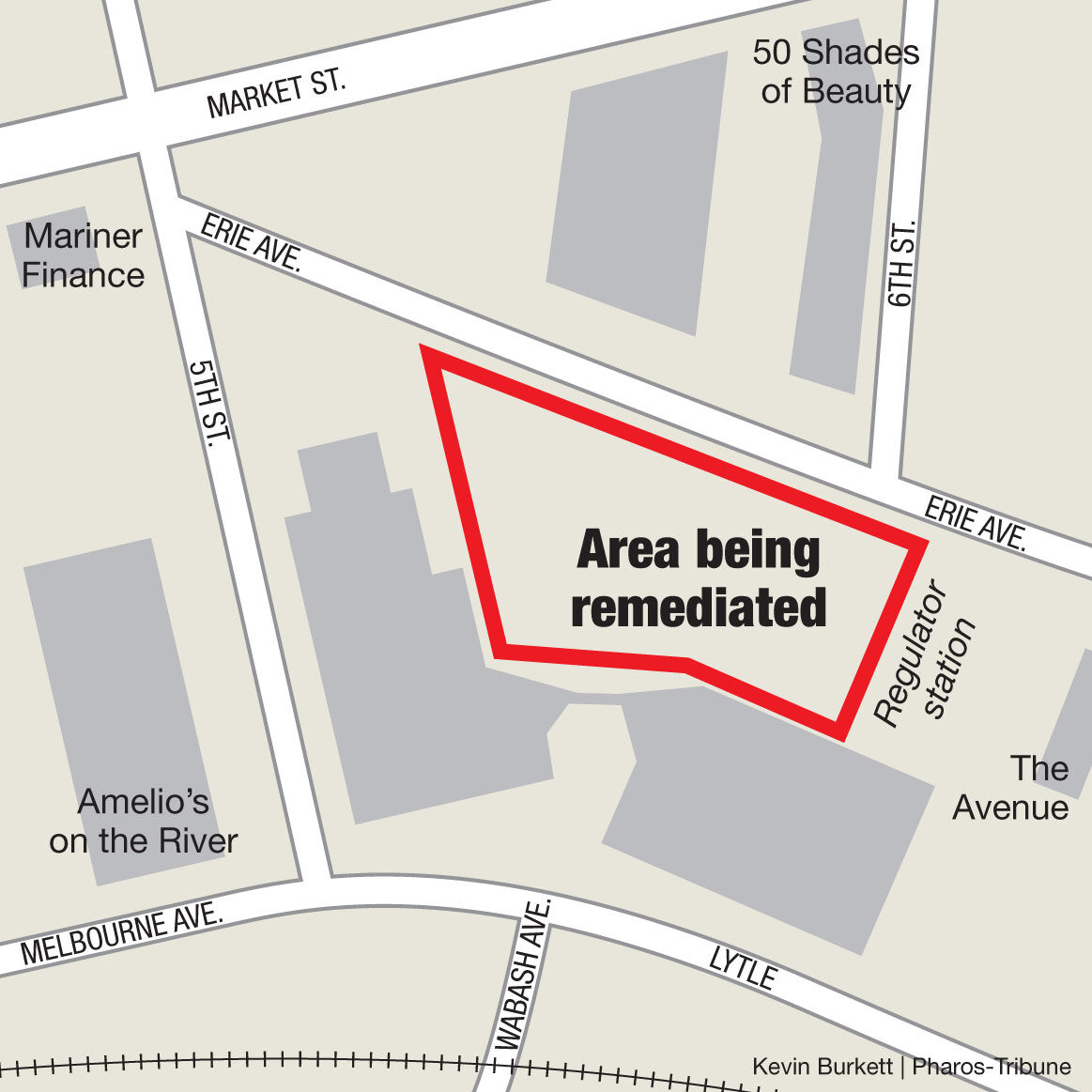 NIPSCO works to clean up a property on Erie Avenue.

NIPSCO employees work at the site of a former manufactured gas plant on Erie Avenue.

The excavation of a former manufactured gas plant site on Erie Avenue has begun.

Part of Logansport’s industrial-age past is being cleaned up this month.

NIPSCO is removing coal tar from the empty lot it owns near the five-point intersection of Erie Avenue, Market Street and Fifth Street.

Work officially began on July 6 as crews prepared the area that was once a manufactured gas plant (MGP) site, but trucks for soil removal arrived about July 17.

The workers will remove the tar residue and affected soil under it, finishing toward the end of September, if weather cooperates.

However, the easternmost part of the site, which is an operating regulator station and looks like pipes in the ground, won’t be part of this clean up.

“It is not being remediated because it is still in use. If and when we retire it, we will address any remediation if needed,” according to an email from NIPSCO Public Affairs Manager Karen McLean.

The rest of the 0.6 acre property is vacant, fenced in and divided into multiple lots, all owned by NIPSCO.

The manufactured gas plant was on the land from about 1885 to the early 1900s, heating coal to produce the gas used for cooking, heating and gas lamps in the era before natural gas became the norm.

“Coal tar is the significant contaminant at this site. It is the by-product of the combustion process,” McLean stated.

The tar residue contains some hazardous chemical compounds that are also common in asphalt products, according to NIPSCO documents.

However, those pose a health risk only if touched, breathed in or eaten in high quantifies over a long time, and the coal tar residues have been under asphalt and gravel and didn’t affect the city’s water supply, the documents stated.

The Cass County Health Department also has a list of contaminants on the site but didn’t return calls for comment on Friday.

NIPSCO began an environmental study on the site’s condition in 2004.

McLean stated that such studies have phases and often take a while to complete.

“The cleanup comes after testing has shown that there is no current risk to human health or the environment,” according to a NIPSCO press release.

However, the remediation means the property won’t end up posing problems over time.

NIPSCO hired environmental engineering firm AECOM to manage the remediation work, and the two companies are taking measures to protect the neighborhood.

Work will happen between 7 a.m. and 6 p.m. on weekdays with weekend work if necessary.

Materials excavated from the site is taken in covered trucks over established commercial routes, and air quality is monitored to ensure the safety. To keep the area clean, workers will wash trucks before they leave the worksite and do street sweeping as necessary.

Workers will use an odor-reducing foam during work to reduce nuisance odors to a minimum, although those in the area may notice an occasional odor of tar or mothballs.

If people detect an unusual odor from the work, they should contact AECOM’s Construction Manager Michael Chase at 812-322-6996.

NIPSCO is doing the environmental improvement as part of the voluntary Indiana Dept. of Environmental Management (IDEM) Voluntary Remediation Program. NIPSCO’s parent company, NiSource, has been participating in the program since the early 1990s according to McLean.

The program looks for environmental problems at former gas manufacturing sites and cleans them — with IDEM’s oversight — if needed.

“The program encourages environmental cleanups; facilitates the redevelopment, sale, and reuse of commercial and industrial properties; and reduces the risks that contaminants pose to human health and the environment,” according to the press release.

After crews remove the contaminated soil and the site is clean, they will replace the soil with clean fill and pave over it with new asphalt. IDEM will issue a certificate of the remediation completion then.

The utility company has no immediate plans for the property, McLean stated.

NIPSCO invites anyone with questions about the project to contact McLean at 765-434-6056 or karenmclean@nisource.com.