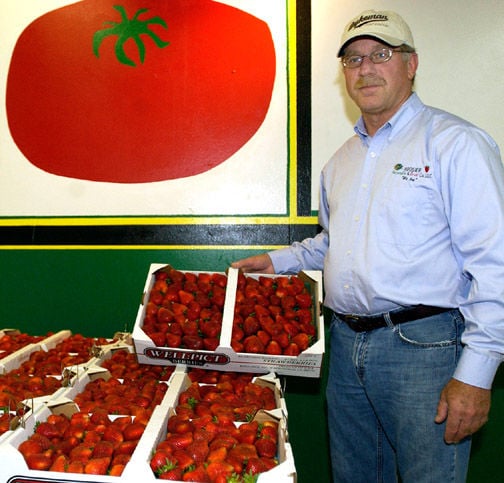 Steve Kiesling, owner of Hoosier Vegetable and Fruit Co. LLC, shows one of his boxes of strawberries he sells with his home delivery produce business. 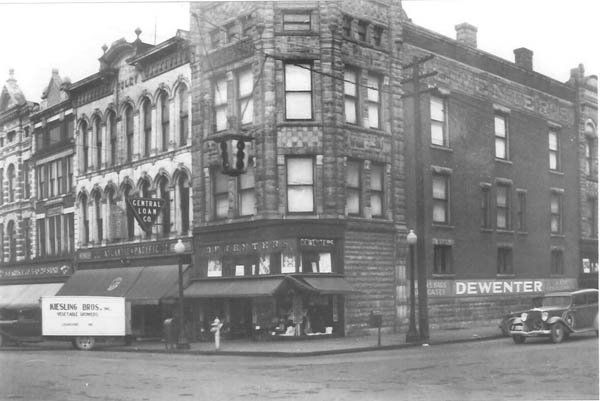 Steve Kiesling, owner of Hoosier Vegetable and Fruit Co. LLC, shows one of his boxes of strawberries he sells with his home delivery produce business.

Steve Kiesling never expected his business to take off so quickly in just three months. “I knew what I could do, and I had the confidence in my product,” he said. “It goes back to service, though. People want service.” Kiesling, the owner of Hoosier Vegetable and Fruit Co. LLC, sells fruits and vegetables by home delivery. He works between 14 and 16 hours a day and travels around Logansport and to Zionsville. He started delivering to Zionsville, he said, because he thought the Indianapolis area would be a great market, and he said he had received a large response from the area. He hopes to expand the business to Carmel and Fishers area, and possibly Lafayette. “The reason I wanted to go into home delivery is because I found my niche,” he said. “I really enjoy selling.” The business is a way Kiesling feels he can give back to the community by helping nourish people’s bodies and minds. “It’s a tough industry,” he said. “Everyone has different taste buds. One fruit or vegetable may taste differently to someone else.” He sells the orders in $20 minimum purchases. “There are families out there who have told me they changed their eating habits because of the home delivery,” Kiesling said. “Some people feel better about themselves since changing their eating habits.” Kiesling said his business was all about convenience, and a good percentage of his customers are people who don’t like to shop. He sells an average of 25 to 30 types of fruits and vegetables, including grapes, tomatoes, bell peppers, oranges, kiwi, cucumbers and strawberries. His job is to help each customer know which fruit to buy, depending on the season. He pointed out there are different varieties for each kind of fruit and vegetable. His products come from wholesalers, brokers and a number of people he has made connections with over the last 18 years. Every day is different, he said. Some days are spent selling to customers all day, while others he must accept shipments of produce and sort items. His agricultural roots run deep. Kiesling’s family began farming fruits and vegetables in Logansport in 1891. The family farmed 93 acres in Logansport, growing a variety of items including asparagus, sweet peppers, tomatoes, strawberries, green beans and pumpkins. In the winter, the family grew leaf lettuce and radishes. The family also farmed about 350 acres in Fulton County, growing potatoes, cabbage, celery, onions and field corn. Kiesling started working on the family farm when he was 13. Paid 50 cents an hour, he worked nine and a half hours a day, six days a week. When it was time to sell the leaf lettuce, he would travel to Chicago’s South Water Street. “I couldn’t wait to get on that truck,” he recalled. Kiesling credits his mother, Mary Alice Kroeger Kiesling, and father, George Kiesling, with instilling him with integrity and a good work ethic. By 1972, the family had stopped farming, but Kiesling remained in the produce business. He took a job selling fruits and vegetables in 1976 at the South Water Terminal in Chicago, first with LaMantia and Arrigo Co. and then with August Battaglia Co. He eventually left Chicago, going to California where he worked in the produce section at a Mayfair Gelson supermarket, where he learned a lesson in marketing. Kiesling decided to move to Atlanta, Ga., where he worked briefly as a truck broker. He was hired to start a produce division with the company. His job required him to sit in an office and coordinate different trucking companies to ship product from one point to another throughout the United States. After just three months, Kiesling decided he didn’t want to work in an office. During this time, he was also working in Kroger’s produce section part-time. While at Kroger, Kiesling was surrounded by pessimistic people, he said. “I said, ‘If I can’t buy my own truck and sell a few boxes of produce, I should be here,’” he recalled. Seeking to step out on his own, he approached a bank in Georgia for a loan to buy his own truck. Knowing he had no collateral, Kiesling asked the branch manager to take a chance and have faith in him. He got the loan and became self-employed for the first time in 1992. While in Georgia, Kiesling sold wholesale tomatoes, cantaloupes and any other product available. Three years ago, Kiesling decided to move back to Logansport, since he still had a home and a warehouse in the area. During his time in Georgia, Kiesling had begun contacting buyers in the Midwest area. “I started trucking tomatoes from Atlanta to the Midwest,” he said. “I built a rapport with customers up here. That is why I basically moved back up here.” After moving back to Logansport, he started a new wholesale tomato business, until he became tired of what he was doing and stopped last year. Kiesling decided the time was ripe for a change in direction. At first, Kiesling said, he didn’t know what he was going to do, but one day while saying a prayer, he heard a voice tell him to “just be yourself.” “If it wasn’t for my Christian faith, I don’t know where I would be,” he said. Kiesling has plans for franchising the business. “I see a great opportunity for myself and other people,” he said. Where to call To contact Steve Kiesling, call (317) 565-9455. Denise Massie is a staff writer at the Pharos-Tribune. She can be reached at (574) 732-5151 or denise.massie@pharostribune.com