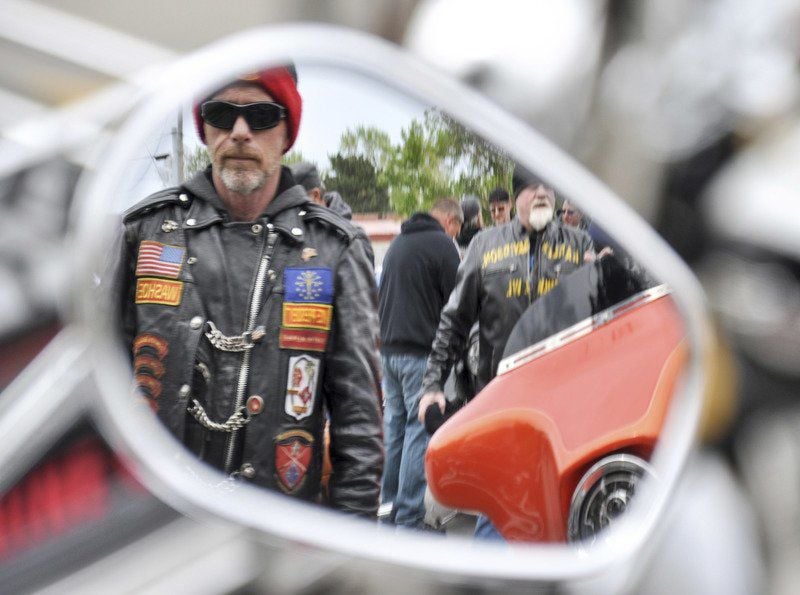 Kevin Burkett | Pharos-TribuneRiders prepare to leave the Neighborhood Tavern for the Brad Brown and Jamie Melroy Memorial Ride on Saturday. Most agreed that when they hit grass in the road, it’s the equivalent of hitting black ice. 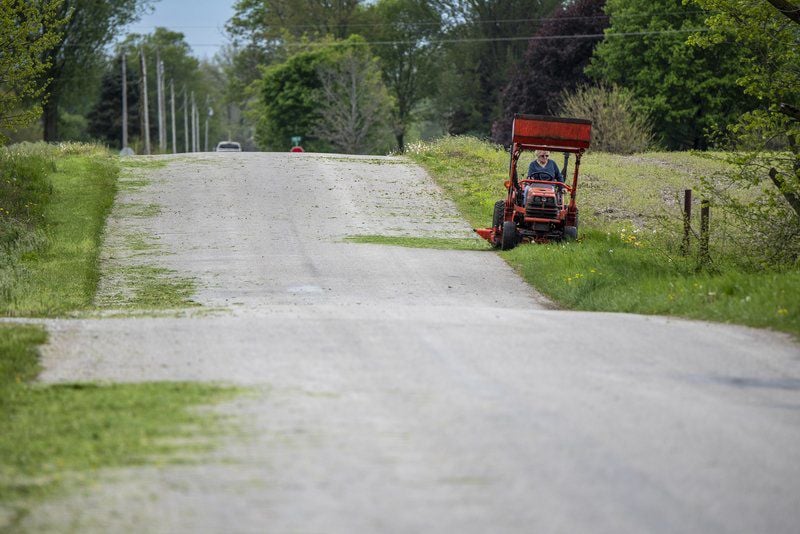 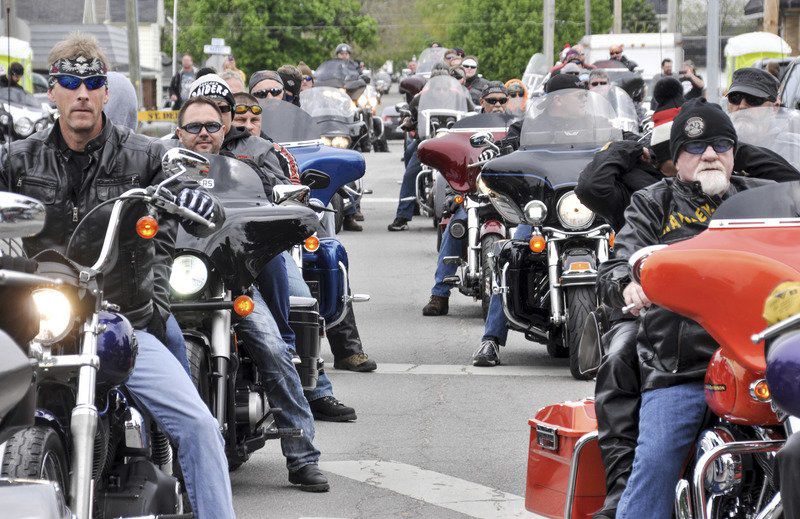 Spring brings motorcycles to roads throughout our region — and grass clippings in roadways are among their biggest safety concerns. Kevin Burkett | Pharos-Tribune

Kevin Burkett | Pharos-TribuneRiders prepare to leave the Neighborhood Tavern for the Brad Brown and Jamie Melroy Memorial Ride on Saturday. Most agreed that when they hit grass in the road, it’s the equivalent of hitting black ice.

Spring brings motorcycles to roads throughout our region — and grass clippings in roadways are among their biggest safety concerns. Kevin Burkett | Pharos-Tribune

Spring has arrived, meaning that the sounds of lawnmower engines are beginning to fill the air.

But local motorcyclists are warning the public about the dangers – and consequences – that can arise from not being careful with your lawn maintenance.

Last week, Indiana Gov. Eric Holcomb proclaimed May to be “Motorcycle Safety and Awareness Month” in Indiana. Spring weather means that motorcyclists will be on the streets in greater numbers and the governor, along with the National Highway Traffic Safety Administration, the American Bikers Aimed Toward Education (ABATE) and local city and county officials are urging residents to cease placing yard debris in the roadway.

As lawns are getting trimmed across the state and county, grass clippings are often blown or left in roads and can lead to serious injuries or even death for those that ride.

More than 50 bikers in Cass County met at the Neighborhood Tavern for the Brad Brown and Jamie Melroy Memorial Ride on Saturday. Most agreed that when they hit grass in the road, it’s the equivalent of hitting black ice.

Jennifer Davis, an avid rider from Logansport, said that she’s uneasy whenever she sees grass clippings in the road.

“It makes it really slick and the bike will fishtail,” Davis said. “It’s scary – you can’t control it. It’s almost like if you’re out riding too early and they haven’t cleaned the roads up yet – with some of the gravel and sand and stuff they put out there – it makes it hard to control your bike. Even a seasoned rider could easily wreck.”

“Once you hit it – it’s like ice – you have no control and lose traction,” Hettinger said. “You’re going wherever the grass wants you to go – whether that’s off the road into a tree, into a ditch, oncoming car – it doesn’t matter.”

According to Hettinger, the issue simply comes down to common sense.

“They need to remember, if you cut your grass, blow it into your yard. It’s not that hard – it’s common sense safety.”

“They are akin to riding over a sheet of ice,” Russell said. “And a swirling vortex of grass in the eyes creates its own problem, especially if you are a motorcyclist.”

Grass clippings are considered an agricultural byproduct that is nontoxic and biodegradable, but many municipalities across the state – in an effort to alleviate drainage and flooding issues – have put ordinances on the books that cite people who blow lawn waste into the street.

“You’ve got the issue that it’s extremely slick for motorcyclists – especially if it’s wet,” Smith said. “It can also clog up storm drains and cause drainage issues.”

According to the Clean Water Coalition of the Wabash Valley, grass clippings and other yard debris are a significant source of storm water pollution.

The coalition states that there is no treatment to remove the debris from the water before it reaches nearby lakes, streams or rivers.

Smith also added that not all yard waste is blown into the street on purpose.

“I think you also have to consider that not everyone is blowing their waste into the road intentionally,” said Smith. “We all understand that something needs to be done with the grass clippings, but it should be done properly. We ask residents – especially those who live close to the streets – to direct the clippings toward their yard.”

Lawsuits have been filed against property owners claiming that covering the roadway with grass clippings creates a dangerous situation.

A Channahon, Illinois couple – who dumped their grass clippings in the road 2015 – were sued for negligence after a pair on a motorcycle struck the grass, wrecked and sustained injuries.