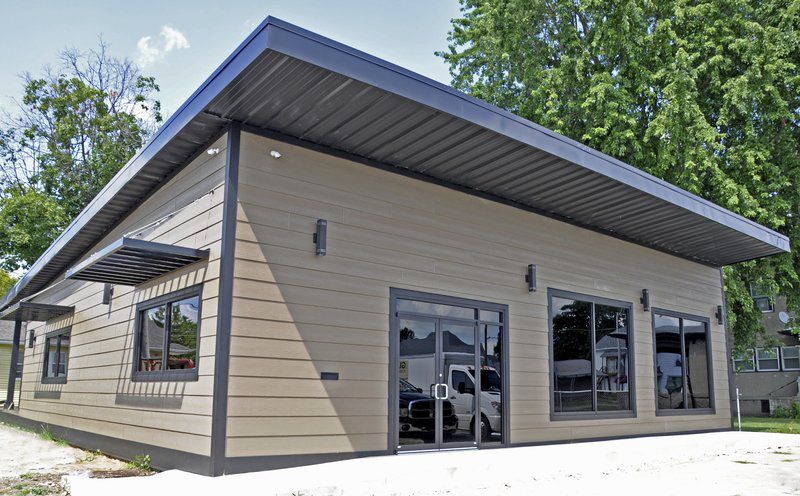 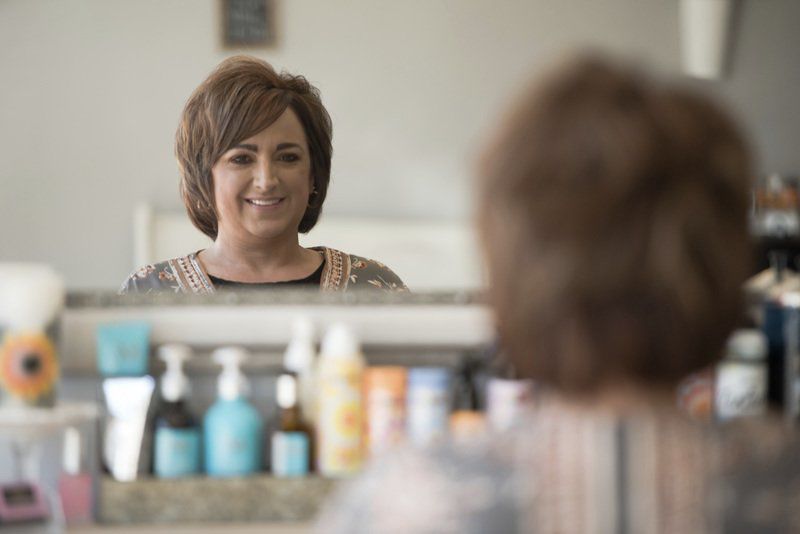 Dyan Neuendorf sits in her salon, Hair by Dyan — a cozy salon for the entire family. Tony Walters | Pharos-Tribune

Dyan Neuendorf sits in her salon, Hair by Dyan — a cozy salon for the entire family. Tony Walters | Pharos-Tribune

Paul Gothra isn’t the only one who’s seen Logansport as a good place to start a business this year.

Several others have decided that the city was the right place to come and open a business or that their hometown of Logansport needed what they had to offer.

The store offers clothes for sizes of infants to size 14 — a preteen size.

“We have a little bit of everything,” Ornsri said. He sells everything from play clothes to dress clothes.

He said he doesn’t know of any kids clothing stores that have been in Logansport before, though some of the women’s boutiques carry children’s clothes.

However, when Ornsri helped his parents shop for his seven younger siblings, they usually went to Lafayette or Kokomo to get what they wanted. So he wanted to bring that shopping experience here.

“I’m doing pretty good for our small town. I’m getting the word out,” he said.

• Dyan Neuendorf opened her salon Hair by Dyan at 309 S. 5th St. this summer with a plan.

After 10 years in the business, she wanted some place small and personal, without the noise and commotion that happens at large hair cutteries.

Her salon has one chair, and Neuendorf does all the haircuts, perms, coloring, brow waxing and ear piercing by herself.

It’s a full-family salon, serving men and women and even young kids.

She’d searched for awhile for a location before finding the downtown shop.

“Downtown is so wonderful,” she said. “There’s so much good coming from downtown, you don’t realize.”

• Rachel Henry opened Modern Real Estate at 530 W. Market St. around Aug. 12 after renovating a west-side building that had been a convenience store, a gas station and a beauty salon.

Her husband, Tom Henry, and his uncle led the reconstruction not just of the inside and outside of the building but also of the parking lot area, redesigning the entire property and making it all more energy efficient.

The improvements received a lot of attention, even while the Henrys were making them.

Henry has worked as a realtor out of their home for a year and worked in real estate offices for 11 years before that, earning her license to sell in 2010, she said.

It also allows her easy access to the city and to the surrounding areas.

She specializes in houses and keeps a list of properties she’s selling, although she works a lot with buyers in Cass County and the surrounding areas.

• Homestead Realty Group has been in Logansport since 2017.

Abby Miller ran it out of her home but was looking for a place she could meet people privately and have a home base.

So moving into the red barn-like building at 2429 E. Market St. was the next logical step for business.

“Location-wise, I think it’s one of the best in town,” Miller said.

It’s central and on a busy street, where people see it.

“If you’re from Logansport, you know it,” she said.

Prior to starting in Logansport, she was licensed in real estate since 2014 and working in the Lafayette area until 2017.

So it made sense to work here, rather than drive the 45 minutes to her job.

The business focuses mostly on residential listings in Cass County and the surrounding counties.

However, Miller will also handle commercial and farm properties.

She hopes to start bringing in associates by the end of the year.

• Logan Square apartment complex is slated to open around Christmas, bringing an expected 120 to 130 people downtown with its 43 units at 300 E. Broadway Street.

Indianapolis developer John Dugan, the owner of Logan Square LLC, is renovating the building that once housed the historic Captain Logan Hotel — where historic political speeches were once given — and the Logan Theater.

Most recently, it became business space for about 50 offices, and most of the furniture was left there when that shut down.

Clean up and demolition took three to four months, and walls were removed.

Dugan said that even now, he’s gotten more inquiries than the building has apartments.

He presumes it will fill up quickly.

The first floor will house businesses, and the top four floors will be apartments with a disabled-accessible unit on each floor.

Dugan said he’d be interested in creating more apartment buildings in Logansport and its downtown. However, that won’t happen until Logan Square is done.

• Mi Mexico opened at 3101 E. Market St. where the old Mi Camino Real had been and, before that, the Burger King.

When renovating for their business, Mi Mexico partners Ricardo Barajas and Richard Salinas removed the old fast food booths and made the décor and food more authentic.

Both were working at El Camino Real when it closed and found themselves out of a job.

“We decided to take it over,” said Barajas. “No work, nowhere to go — so we decided to do it on our own.”

Both men have worked in the restaurant business for about a decade each.

They plan to continue to increase the menu, perhaps adding Mayan-style food that’s wrapped in banana leaves and cooked over charcoal and also getting licensed to serve margaritas.

Since then, Jen and Jeff Burton have been making changes, including re-instating food and beginning lunch service on Sept. 3.

They’re also cleaning things up and plan more improvements, including to the parking lot.

They both have been going to the Bungalow since they were old enough to get in, when the original owners, Zora and Bill Kinder, still ran it, the Burtons said.

“It was my favorite bar for a long time, and it went to hell. I just wanted to bring it back,” Jen said.

Jeff said, “This was a very successful bar back in the day, and when the Kinders passed away, it suffered.”

They’re the fourth owners in less than a decade since the Kinders’ son took over after Bill Kinder died, and then the son died shortly after.

Their return to what the Bungalow used to be seems popular.

• Braves Pancake House and Restaurant is going in at 2701 E. Market St., where The Fireside restaurant used to be.

Victor Rojo of Peru and two silent partners plan to reopen the former Fireside building by Oct. 1 with regular hours from 6 a.m. to 3 p.m., seven days a week, serving breakfast and lunch.

Until then, they’re working on some improvements and cleaning the restaurant, but they intend to keep as much of the Fireside décor as possible.

“We’re leaving everything inside,” Rojo said. “We like how it is.”

Rojo and his partners have worked in the restaurant business for decades, with Rojo, who also is part owner of Los Tres Caminos in Peru, having 20 years in the business himself.