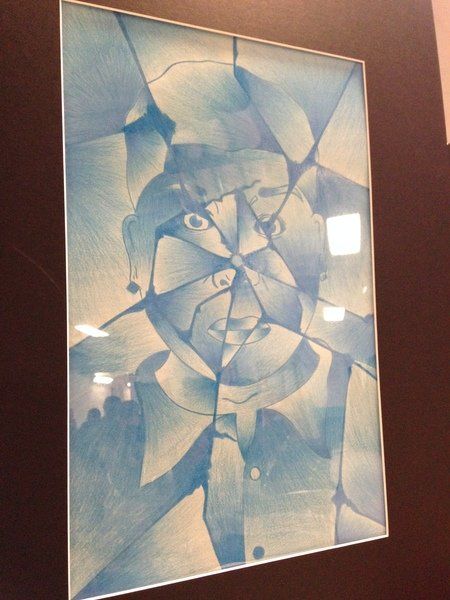 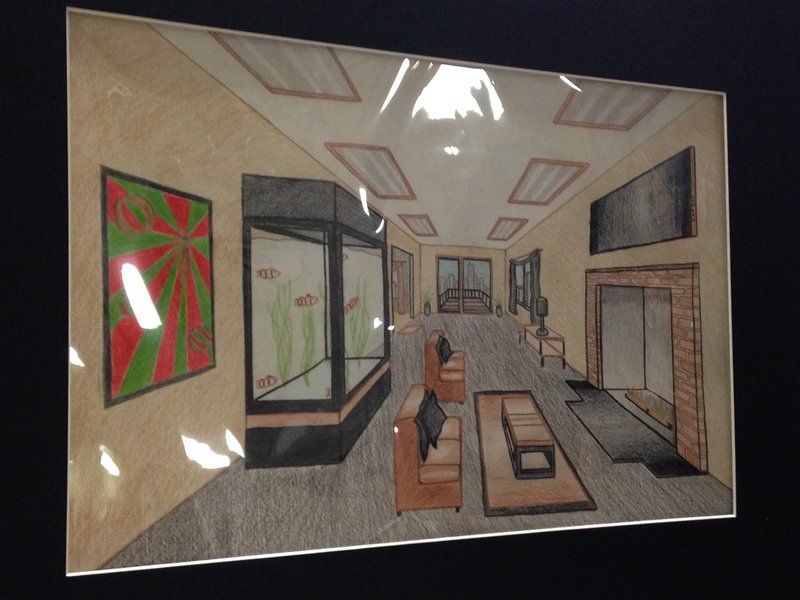 Two students with the Logansport Juvenile Correctional Facility won the top two honors in a category of a nationwide art contest as they continue to use the craft to improve how they express their feelings and work toward a positive future.

The contest was hosted by the Emanuel Project, a nonprofit based in Greenwood, Colo., that works to provide juvenile correctional facilities across the U.S. with art supplies and programs. It's named after Emanuel Martinez, a renowned sculptor and muralist who was incarcerated at 13 and used art to better his life.

Dr. Randy Minnick, executive director of the Emanuel Project, presented the awards for the contest's colored pencil category in the facility's recreational room in front of a mural Martinez helped students paint in 2012.

Skyler won first place for his piece, "Broken Boy," a blue-shaded, shattered portrait of a boy with an angst-ridden face.

Skyler said he was in shock when he found out he won.

"I knew I could draw but I didn't think I was that good," he said.

Following in the footsteps of his father, whom Skyler calls a talented artist as well, he started participating in competitive art activities at 13 through 4-H. He said he realized shortly after that he had a talent and that he "wasn't drawing just to draw."

Skyler said he prefers abstract themes, explaining they provide a variety that allows him to not grow bored with his work. He continues to draw on a daily basis, whether it's in an academic setting or doodling to kill time.

"Broken Boy" represents himself in a way, Skyler continued.

"When you come to a place like this, you feel like your heart breaks kind of," he said.

Minnick shared a similar sentiment when presenting Skyler his award.

"The name of it is actually why the Emanuel Project exists," Minnick said, going on to explain one of its goals is to provide tools for kids to fix themselves.

For Skyler, it's starting to. He said the program, the award and art itself has reminded him he can do positive things with his life, helped him realize the talent he possesses and presents possibilities for a bright future.

DaShawn won second place for "Dream Room," which depicts a living room adorned with an enormous fish tank, a wide-screen television hanging over a fireplace, modern furniture and a balcony overlooking a big-city skyline.

He grew up in an opposite environment, he said, with few possessions and having to share a bedroom with his siblings. The piece represents something he plans to work hard for.

"It's something I wish that I had," he said, "a room to just relax and be peaceful."

DaShawn said he grew up being jealous of his artistic brother, at times even tracing over his pictures. What started out as an endeavor to receive similar praise is now a way for him to keep calm and express his feelings healthily. He said he didn't always know how to express himself in the correct way, which often led to fighting.

Now he gets to feel something other than jealousy when it comes to art, going on to describe how excited he felt when he found out he won and how fulfilling it was to realize people noticed his work.

Skyler and DaShawn were the only two entries from the Logansport Juvenile Correctional Facility. They won the top two awards in the colored pencil category out of more than 100 entries across eight states. The contest started out with online voting before nine finalists were considered by a panel of three judges, one of whom was Martinez.

Part of the winners' prize is a charcoal art class hosted by Martinez, who will visit the facility in early December.