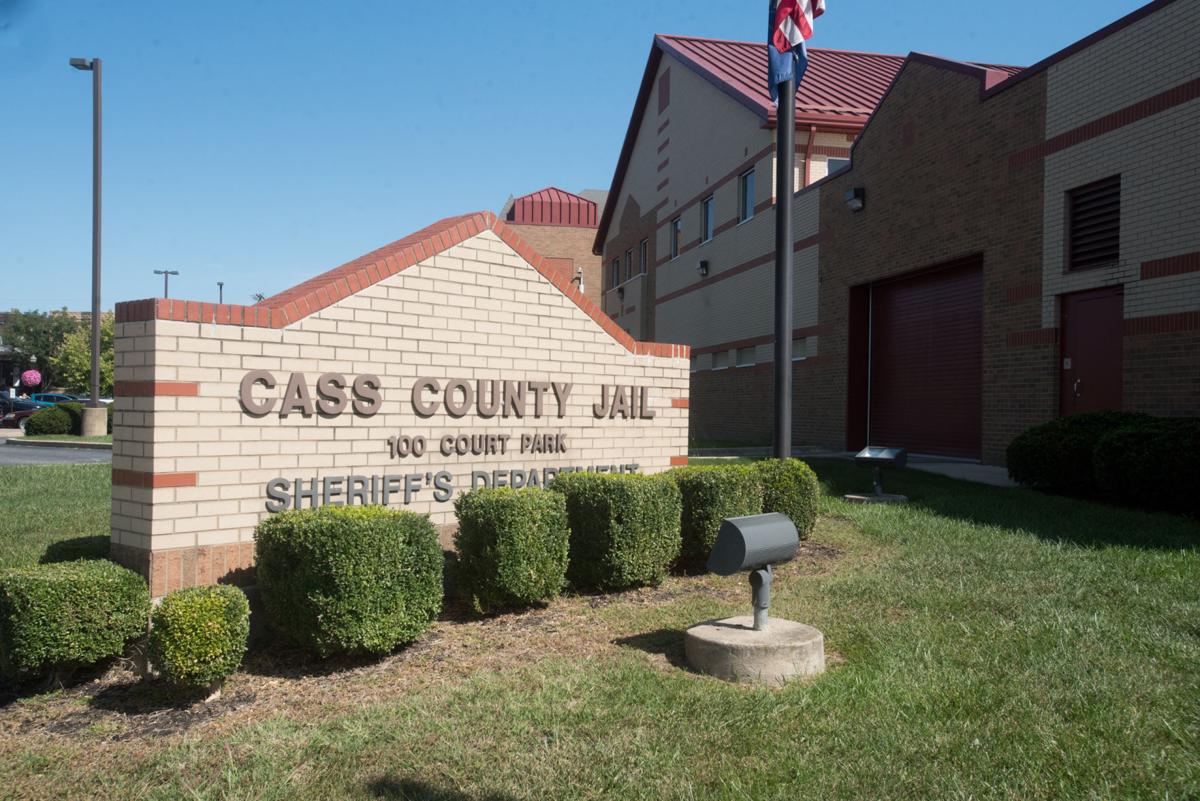 The Cass County Jail — where social distancing is not an option — is working to keep inmates and staff safe from the spread of COVID-19. 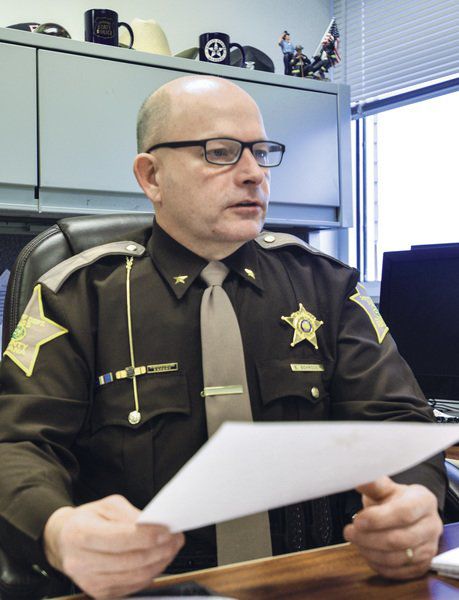 “The visit is important for the families to be able to see their loved ones,” said Cass County Sheriff Ed Schroder. “I tell the staff that everyone in here is somebody’s family member. ... There are a lot of good people in here who have just made a bad choice.” 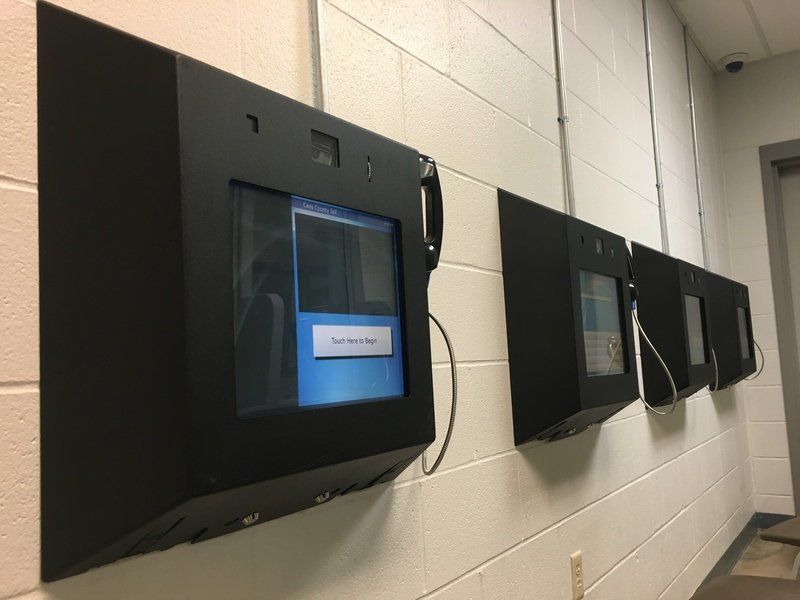 On-site video and phone visitation is currently closed. The jail is now offering remote video visitation and other messaging services to allow inmates to stay in contact with the outside world. 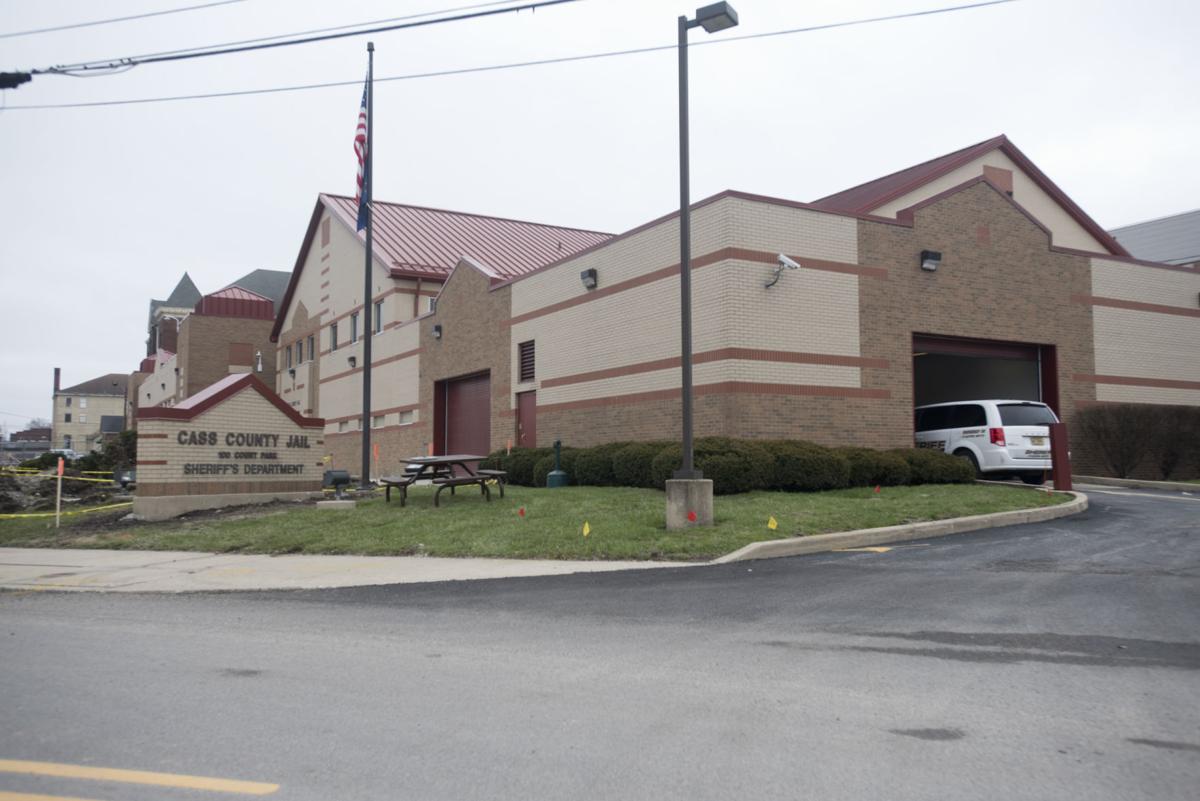 The Cass County Jail — where social distancing is not an option — is working to keep inmates and staff safe from the spread of COVID-19.

“The visit is important for the families to be able to see their loved ones,” said Cass County Sheriff Ed Schroder. “I tell the staff that everyone in here is somebody’s family member. ... There are a lot of good people in here who have just made a bad choice.”

On-site video and phone visitation is currently closed. The jail is now offering remote video visitation and other messaging services to allow inmates to stay in contact with the outside world.

Coronavirus has become a “get out of jail” card for hundreds of low-level inmates across the country, and even hard-timers are seeking freedom with the argument that it’s not a matter of if but when the deadly illness sweeps through tightly packed populations behind bars.

While widespread outbreaks of coronavirus behind bars have yet to happen, the frenzy of legal activity underscores a crude reality that’s only beginning to sink in: America’s nearly 7,000 jails, prisons and correction facilities are an ideal breeding ground for the virus, as dangerous as nursing homes and cruise ships but far less sanitary.

Inmates put into the Indiana Dept. of Corrections — whether convicted, in custody awaiting trial or can’t afford bond — are quarantined from the outside world, but that doesn’t mean COVID-19 isn’t a threat to them.

The Cass County Jail is taking extra precautions to keep inmates and staff safe. As of Tuesday, the jail housed 191 inmates. Their capacity is 220.

Schroder said that last week there were well over 200 inmates in the jail.

With the average jail cell being 6 by 8 feet, social-distancing between inmates is not an option.

“What we’re trying to do is limit contact from outside the facility,” said Cass County Sheriff Ed Schroder. “In the jail custody, it’s very difficult to keep the 6-foot separation. What we’re doing is trying to protect the interior of the facility from the threat from the outside.”

Schroder said the jail remains open for business and taking in offenders.

“We are asking discretion from the officers and with the prosecutor,” he said. “If we can summon someone [to hearings] instead of incarcerating them, then we’re trying to do that, keeping in mind that we know there are people who need to come to jail at times or should be arrested.”

When inmates go into custody, the staff takes and logs their temperatures. The inmate will remain at intake and be monitored for 24 hours while jail staff screen them and ask a series of symptomatic questions. Staff will take inmates’ temperatures again before they’re moved into the general population.

“Our hope is that between 48 and 56 hours — if they are still asymptomatic — then we can remove them to the general population,” said Schroder. “But we’re not just moving people into general population without some screening.”

If an inmate appears symptomatic, they’ll go to one of the two negative pressure holding cells, both equipped with four beds.

Schroder said employees are urged to practice personal hygiene and etiquette and to not come in if they’re sick, while all surfaces are wiped and cleaned every shift.

Those who visit the jail and are coughing need to wear a surgical mask. The same goes for employees, who also have their temperatures taken before each shift.

“Which is great,” said Schroder. “I’m not naïve enough to think that won’t change, but right now when you start looking, we’re okay. I just hope that people don’t get over-confident because we don’t have any. It’s just a matter of time.”

There are people coming and going to and from the jail on a daily basis. The sheriff’s department and jail are currently closed to the public, and only essential workers may enter. All volunteers and church services are suspended, sales delivery services are not allowed and all tours are cancelled.

Shroder said that he adjusted current policy with the third-party provider, and each inmate is now allowed one free 30-minute remote video call per week.

“It’s important that we still have contact,” Schroder said. “We’re still taking their mail, and we’re still passing out mail. The visit is important for the families to be able to see their loved ones. I tell the staff that everyone in here is somebody’s family member. Please keep that in mind. There are a lot of good people in here who have just made a bad choice.”

The IDOC and Wexford — the contracted medical service provider for IDOC — are working closely on screening and treatment protocols for any IDOC or Wexford staff or for any offender in an IDOC facility if they’re diagnosed as having COVID-19.

The IDOC says that Indiana prisons and health care units have sufficient inventories of supplies necessary to control spread of the virus, including disinfectants and treatment materials, and offenders have access to both hand sanitizer and clean running water with soap.

The IDOC and Wexford screen for the virus at offender reception centers and visitation areas. Screening procedures are also done on all parole violators who are returned to the IDOC system as these individuals have been exposed to unknown external environments.

If screenings reveal that an offender has either recently been in a location known to have an outbreak of the COVID-19 virus or is showing symptoms associated with the virus, Wexford immediately places the individual in medical isolation until infection can be ruled out. If the individual’s symptoms are severe, then he or she is immediately sent to the emergency department of a local hospital.

For prospective visitors who present with the same conditions, the IDOC informs the individual of the screening results and declines permission to enter the IDOC facility.

COVID-19 has also changed the way court proceedings are held in Cass County. The courts do video arraignments to limit moving offenders in and out of the court.

In a move authorized by the Indiana Supreme Court, courtroom proceedings are now only conducted if essential or time sensitive in nature. This means that all proceedings except for protective orders — emergency CHINS proceedings or CHINS fact-finding hearings, emergency juvenile detention hearings, emergency custody and parenting-time motions and other emergencies deemed “urgent” — will be postponed at least a month.

Criminal hearings still being held inside courtrooms over the next 30 days will include initial hearings, bond issues, emergency motions and certain sentencing situations involving inmates currently incarcerated. Hearings involving current jail inmates or juveniles currently being held in custody will be conducted through video conferencing.

The board overseeing New York City’s jails urged officials to start releasing vulnerable populations and those being held on low-level offenses as the coronavirus outbreak hit the notorious Rikers Island complex and nearby jails — infecting at least 38 people.

“Fewer people in the jails will save lives and minimize transmission among people in custody as well as staff,” Board of Correction interim chairwoman Jacqueline Sherman wrote in a letter to New York’s criminal justice leaders this weekend. “Failure to drastically reduce the jail population threatens to overwhelm the City jails’ healthcare system as well its basic operations.”

Sherman pushed for the release of more than 2,000 people in custody in New York City jails, including those over 50 years old, those with health conditions such as lung and heart disease, those being held for parole violations such as missing a curfew and those serving sentences of less than a year.

More than 2.2 million people are incarcerated in the United States — more than anywhere in the world — and there are growing fears that an outbreak could spread rapidly through a vast network of federal and state prisons, county jails and detention centers.

It’s a tightly packed, fluid population that is already grappling with high rates of health problems and, when it comes to the elderly and the infirm, elevated risks of serious complications. With limited capacity nationally to test for COVID-19, men and women inside worry that they’re last in line if showing flu-like symptoms, meaning some may be infected without knowing it.

The first positive tests from inside prisons and jails started trickling out just over a week ago, with less than two dozen officers and staff infected in facilities spanning from California and Michigan to Pennsylvania. New cases pop up almost every day.

The Associated Press contributed to this article.