Shown here is a friendship garden on the grounds of the Logansport State Hospital circa 1960. 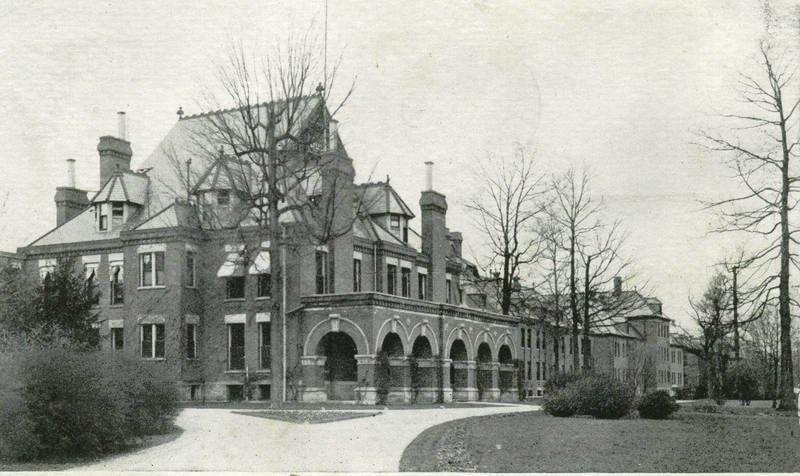 A photo of a Logansport State Hospital building taken in 1908. 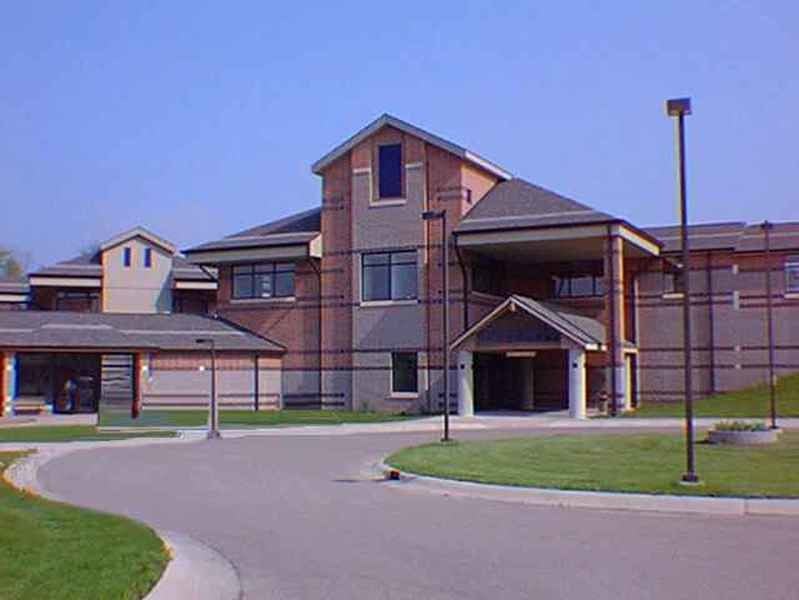 Shown here is a friendship garden on the grounds of the Logansport State Hospital circa 1960.

A photo of a Logansport State Hospital building taken in 1908.

In "History of Cass County" published in 1913, Jehu Powell wrote of what would go on to be called Logansport State Hospital, "Cass County may well take pride in this handsome, healthful" facility.

On Sunday it will be 130 years since the hospital opened and the pride Powell wrote about is still present there.

The Indiana Family and Social Services Administration's website recalls the state Legislature passing a law in 1883 to build hospitals in Evansville, Richmond and Logansport. Over 280 acres were secured for the Logansport facility, which opened as the Northern Indiana Hospital for the Insane on July 1, 1888 and received 309 patients. Renamed Logansport State Hospital in 1927, it is Indiana's oldest operating psychiatric hospital.

Powell's history recalls the facility's development on the south bank of the Wabash River about 1 1/2 miles west of Logansport.

"Its surface is broken by a rocky ledge running east and west through the center, hence the name usually applied to the whole institution, 'Long-Cliff,'" Powell wrote. "The ground below the cliff is level, as is also that above, comparatively so, and from the cliffs affords a remarkably commanding view across the valley of the Wabash to the city of Logansport, and the hills beyond."

The campus started with an original hospital building, administration building, four ward buildings for men and four for women, a rear central building, boiler house and laundry before expansions followed over the decades.

In 1979 the hospital's Isaac Ray Treatment Center opened, which the FSSA's website calls a "sole-source provider for forensic psychiatric services for the state." It's an 88-bed, four-unit "forensic service line that services male patients incompetent to stand trial, who have served their sentences with the Department of Correction and continue to need mental health services, found not guilty by reason of insanity and those individuals with mental illness and severely dangerous behaviors."

"It allows for us to have that security but still have an atmosphere of treatment as opposed to confinement," said Daryl Hall, superintendent of the hospital. "There are a lot of things we do to make sure that everyone stays safe but when you walk in there it does not look like a prison, it does not look like a jail, it's not run and operated that way. Folks are in groups, they have cooking classes, they do ceramics, horticulture, a variety of different things."

The hospital's other service line is its Larson Treatment Center, which the FSSA describes as an 82-bed, four unit line providing "specialty programs of sexual responsibility programming, female forensic services for those that are incompetent to stand trial or who have served their sentences with the Department of Correction and require additional mental health services."

Logansport State Hospital's objective is not to warehouse people, Hall said, but to return patients to the community.

"It is scientific, it is planned," he said. "We know a lot more than we did 20, 30, 40 years ago and our goal is to get folks out, it's to get them back into the community, become productive members of our society in the best way that we can."

Hall said about 75 percent of the hospital's patient population is forensic, or court-involved, and that the facility has about an 85-percent success rate getting patients returned to the justice system.

The hospital's staff is just shy of 500, Hall said. He and Jacque Phillips, a training officer, added employees take pride in their work and that it's not uncommon for multiple generations of families to have ties to the staff.

"Folks take what they do very seriously and our culture is that we're proud of what we do," he said. "It's not a job that everyone can do, but it's something that's necessary given the population that we work with."

That pride has been evident throughout the hospital's history, Phillips said, ever since its first superintendent, Dr. Joseph Rogers, found a way to maintain the facility's payroll when the state couldn't.

"That's our roots," Phillips said, "that's where we come from."

One part of the hospital's past that stands out for Hall is the former superintendent's residence on the grounds being preserved as the Longcliff Museum, which is filled with exhibits detailing Logansport State Hospital history.

That history includes times when ice was cut from a pond on the property and crops and livestock were raised. There were over 2,000 patients at one time as opposed to the 170 treated there today.

"At one time it was just a really self-sufficient operation and its own little city," Hall said.

When it comes to the hospital's future, Hall said the facility prides itself on being flexible.

"Our staff really pride themselves on the fact that we don't turn anyone away," he said. "We take the toughest of the tough cases and we work with those folks."

The hospital is up for any challenge, he continued, adding that could one day mean the opioid epidemic that's been sweeping the nation.

"We look at ways we can partner with community efforts to be a part of that and if that knock comes on the door, we'll answer and we'll figure out what it is that we can do," he said.

INFO: A public reception hosted by Brian Newell and Marge and Jim Foster will be 5:30-7 p.m. Thursday, June 28.

LOGANSPORT STATE HOSPITAL THROUGH THE YEARS

1883: The Indiana General Assembly allocated funds for the building of three regional mental hospitals to ease overcrowding in the state’s only facility.

1888: The Logansport facility, chosen for its tranquil setting, opened as the Northern Indiana Hospital for the Insane.

1889: With the hospital facing bankruptcy and the state not yet able to help, Superintendent Dr. Joseph G. Rogers solicited IOUs and a personal bank loan so employees could be paid.

1927: Name changed to Logansport State Hospital, but many from the area know it as Longcliff, referring to the long bluff the campus stands on.

1968: Farming operation on grounds terminated after amendments to federal law would have required hospital to pay patients involved in work therapy.

1979: Isaac Ray Treatment Center opens as a "sole-source provider for forensic psychiatric services for the state."

2008: In a case involving a Logansport State Hospital patient found mentally competent to stand trial if represented by counsel but not mentally competent to conduct the trial by himself, the U.S. Supreme Court rules that the Constitution does not forbid a state to insist that such defendants proceed to trial with counsel.