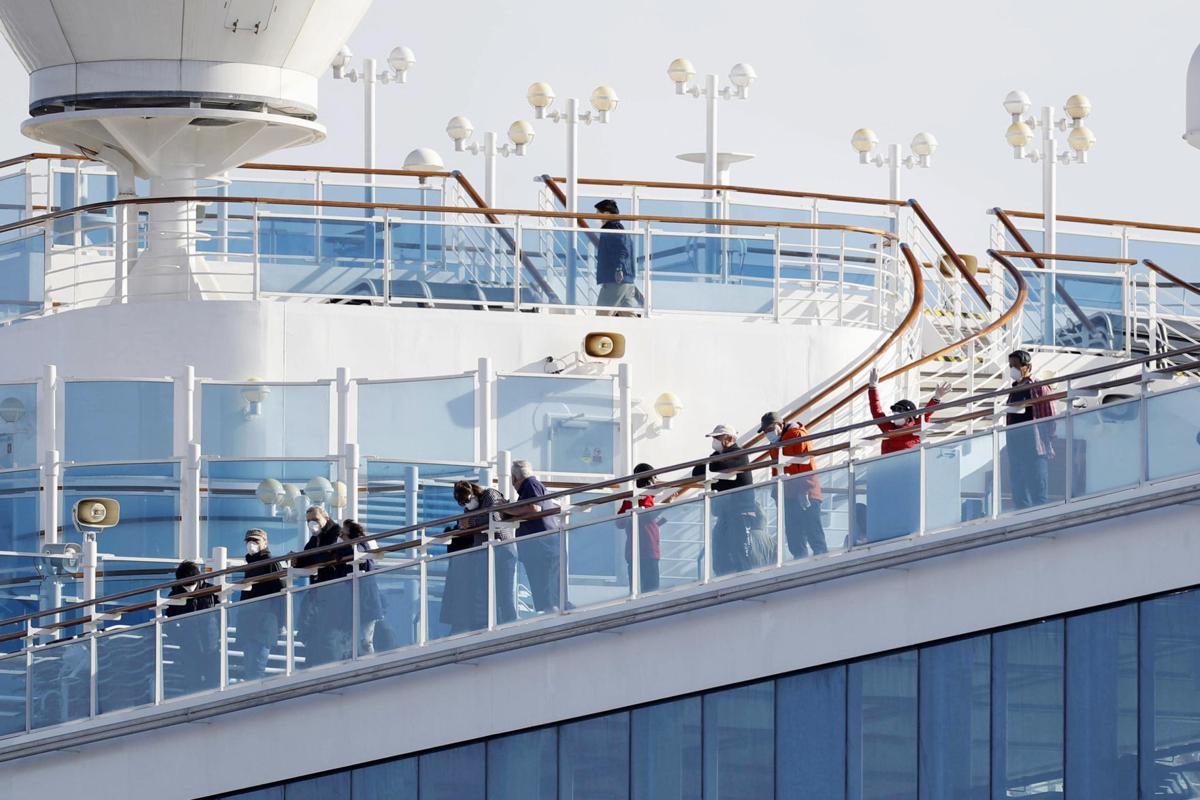 Passengers stand on the deck of the Diamond Princess cruise ship anchored at Yokohama Port in Yokohama, near Tokyo, on Wednesday. Logansport native Marianne Obenchain is among the passengers quarantined on board. 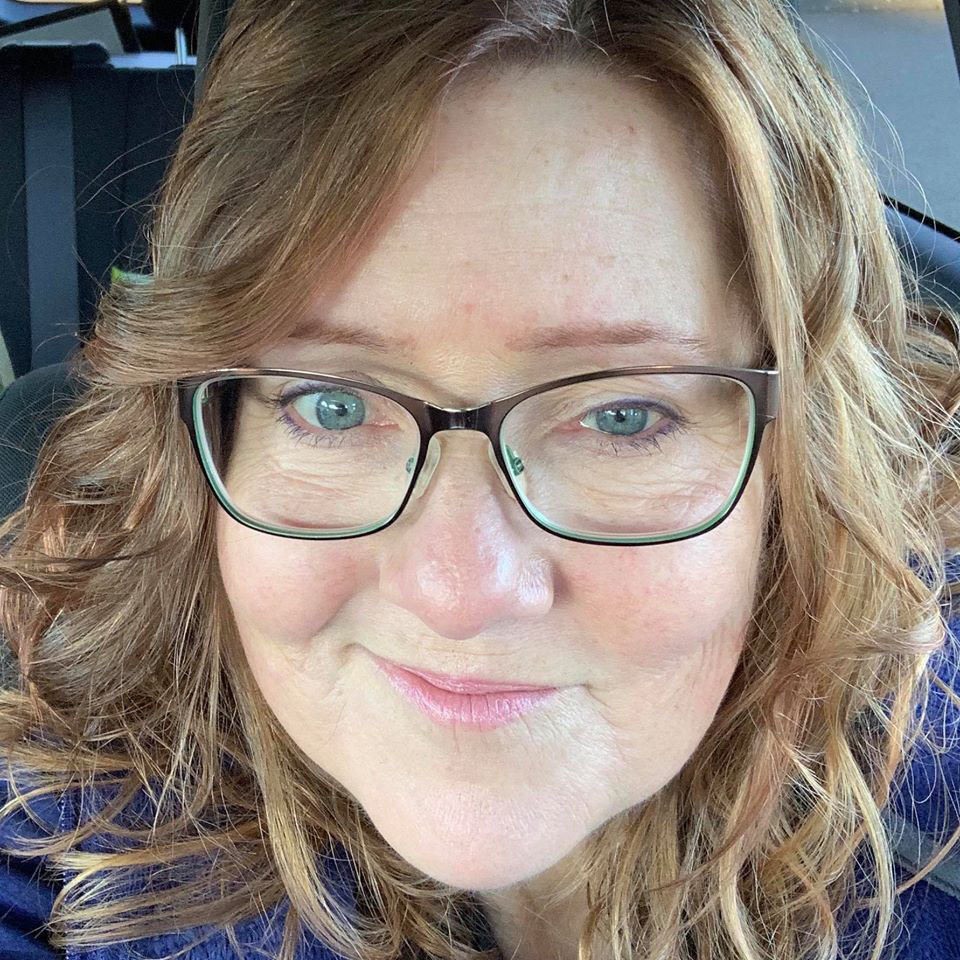 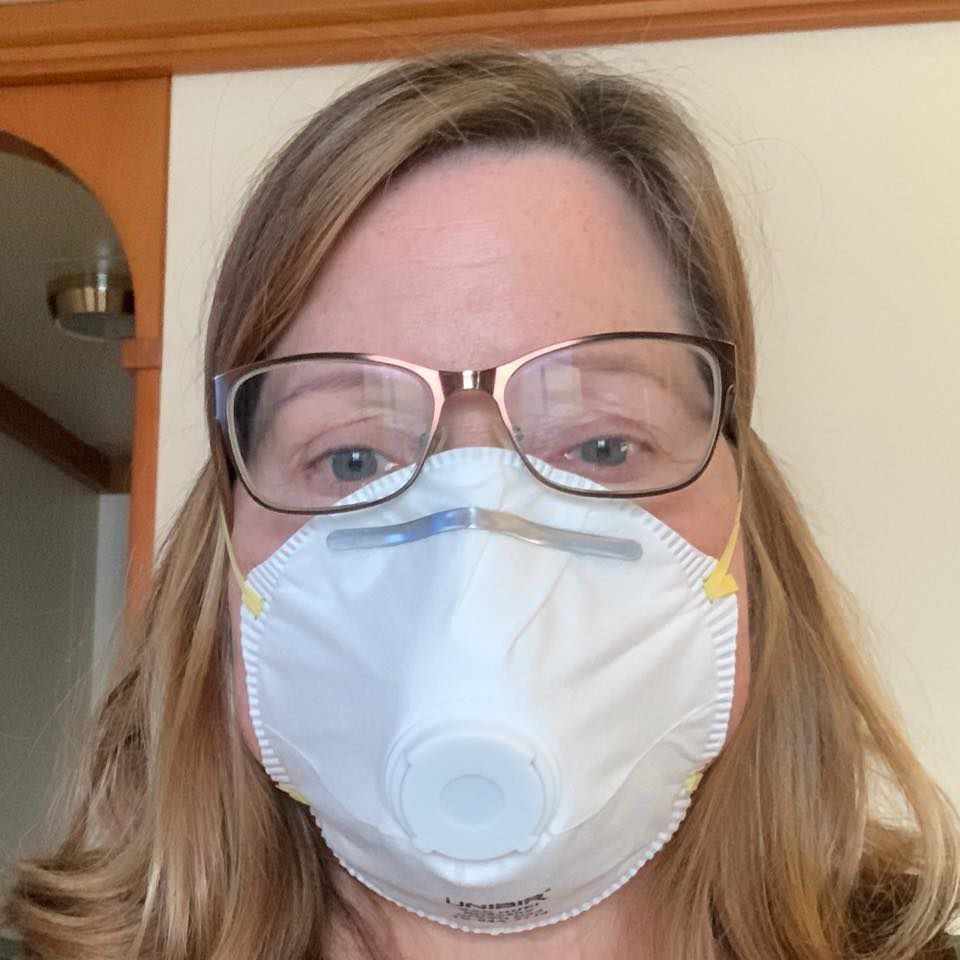 Marianne Obenchain posted this photo of herself wearing a mask on board the Diamond Princess. 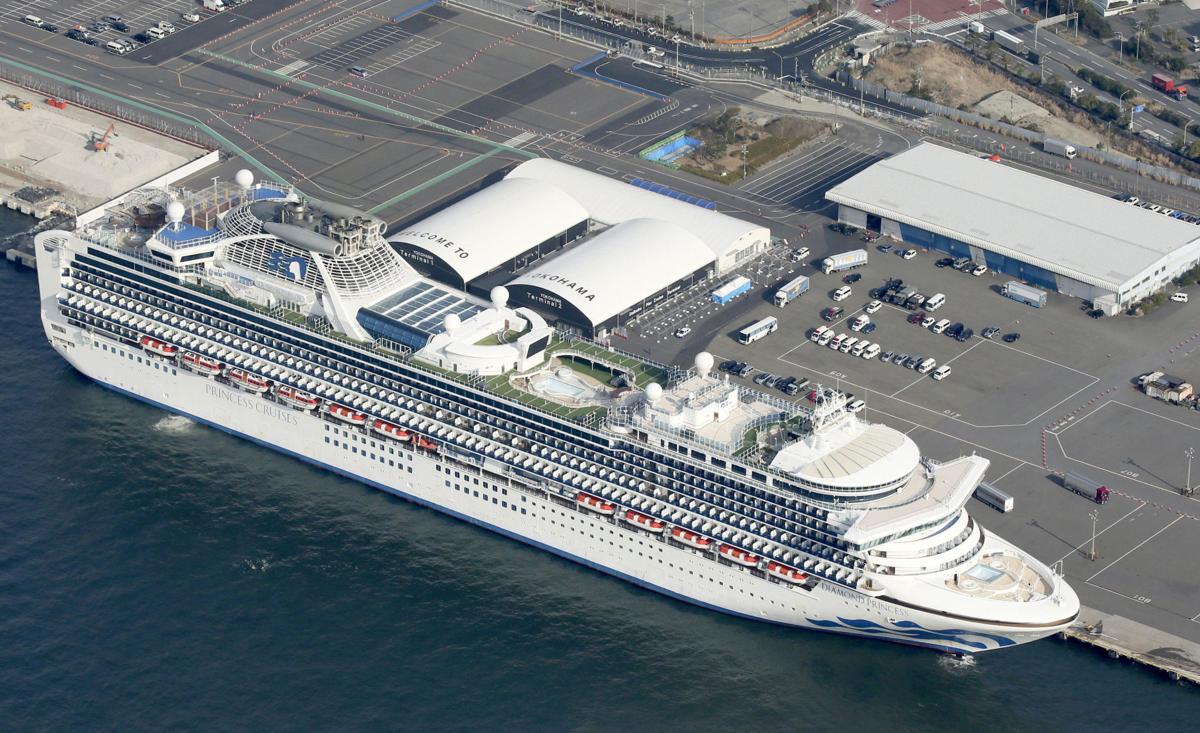 The U.S.-operated Diamond Princess is anchored as emergency vehicles stand by at Yokohama Port, near Tokyo, on Wednesday. 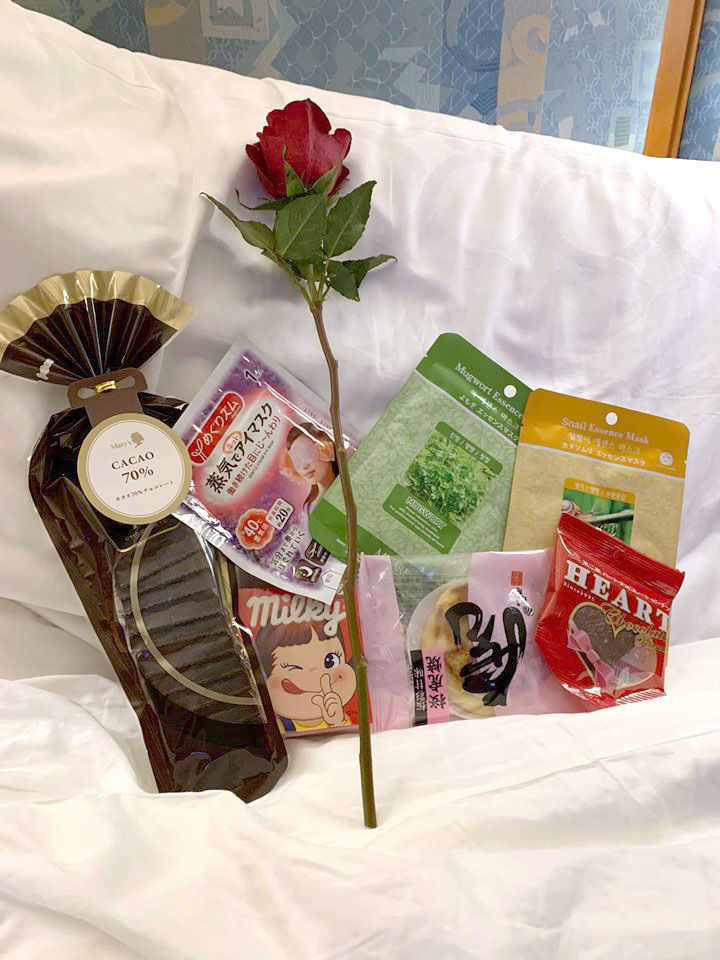 Obenchain posted this photo to Facebook with the caption "A Valentine surprise for us on the Diamond Princess."

Passengers stand on the deck of the Diamond Princess cruise ship anchored at Yokohama Port in Yokohama, near Tokyo, on Wednesday. Logansport native Marianne Obenchain is among the passengers quarantined on board.

Marianne Obenchain posted this photo of herself wearing a mask on board the Diamond Princess.

The U.S.-operated Diamond Princess is anchored as emergency vehicles stand by at Yokohama Port, near Tokyo, on Wednesday.

Obenchain posted this photo to Facebook with the caption "A Valentine surprise for us on the Diamond Princess."

Some Cass County residents have been following the story of the quarantined cruise ship in Japan on a personal level, thanks to a former county resident.

Marianne Obenchain, who graduated from Pioneer Junior-Senior High School in 1978 and left the area in 1982, is one of the 3,500 people on board the Diamond Princess. She has been giving her Facebook friends updates about the quarantine situation through posts that include photos, brief statements and even humorous memes like one that reads “On the surface: cool as a cucumber. One the inside: squirrel in traffic."

Like every passenger, she has received a personal thermometer to check for fevers, as has a friend she is traveling with who declined to be identified for this story. On Valentine’s Day, she posted photos of gifts passengers received from Princess Cruises and of herself wearing a medical mask for safety.

The ship is the site of the largest outbreak of the virus — now officially named COVID-19 — outside of China, according to news reports.

In a video that Obenchain shared on her Facebook, Princess Cruises’ Chief Medical Officer Dr. Grant Tarling said that the ship and its passengers are being quarantined for 14 days in Yokohama, Japan, until Feb. 19.

She stated in an email to the Pharos-Tribune, “Personally, I am resolved to stay positive and view the entire situation from all perspectives, use empathy and thankfulness to make this situation less stressful. I am thankful I learned from my childhood in Logansport. I learned how to make it through a long deep winter, how to deal with cabin [fever]. As for the general mood, I cannot vouch for everyone but I believe all in all it is pretty optimistic.”

Tarling said in the company’s video that someone who traveled on the Diamond Princess from Yokohama to Hong Kong on Jan. 20-25 was diagnosed with the virus in Hong Kong on Feb. 1, six days after leaving the ship. The guest didn’t report any signs of illnesses to ship crew or staff, he said. The passengers found out on Feb. 1, according to Obenchain.

“The Diamond Princess arrived in the harbor in Okinawa," Obenchain said. "This was the last stop in the 16-day cruise. I mention this only because it was the very first hint of any issues concerning us and the coronavirus. I was expecting that we could remain outside of the danger zone.”

However, when Princess Cruises learned of the situation from Hong Kong authorities, it worked on a quick response plan with the Japanese Ministry of Health, Labor and Welfare, Tarling said. That included testing “several hundred” of the passengers and crew with symptoms or likely exposure.

And that meant passengers could not go ashore at first, stated Obenchain, who had already booked an excursion in the city.

“All excursions were canceled," she said. "The confusion was upsetting but not a complete waste of time. We were allowed to go into the harbor town on our own once we were clear to be fever free. [It was] a few hours out, then back to the ship. Then two days to Yokohama. Then it began.”

The Japanese Ministry of Health is working with the U.S. Centers for Disease Control and Prevention (CDC), the World Health Organization (WHO), the Red Cross and other health organizations on the situation. The Ministry also put more doctors, nurses and pharmacist on board the ship, Tarling said. Those who test positive are kept in isolation on the ship, then transferred to medical facilities onshore.

According to the latest updates available Friday afternoon, the ship now has 218 people infected with the virus out of 713 tested since it entered Yokohama Port.

In all, Japan has 250 confirmed cases of the disease. China has reported 1,367 deaths among 52,526 cases on the mainland. Three other locations outside the mainland, Hong Kong, Japan and the Philippines, have recorded one death each.

As of Friday, 28 countries, including the U.S., have found confirmed cases of COVID-19. At least another 19 countries are investigating suspected cases of the virus.

The ship docked at Yokohama, but because of the number of positive diagnoses, it was placed under quarantine, said Tarling.

These stricter measures in Yokohama were jarring to many, according to Obenchain.

“[Passengers] were rather confused and upset when we weren't allowed to go catch our flights," she wrote. "Then [came] the shock of hearing that we had cases of coronavirus. I cried and almost fell into despair. I made panicked calls home to inform work and my pet sitter of my situation. The level of support I received was calming.”

She remains positive and stated that she would try to remain that way until she can return to the safety of her home.

As of the fifth day of quarantine, “I have heard there have been passengers who are having a difficult time in this,” she continued.

However, she believes there’s no one to “heap blame” on because the ship’s company was blindsided and is losing revenue, and the crew members are taking risks by delivering food, prescriptions, laundry and other items to passengers’ doors.

Tarling said that the passengers should remain in their rooms until the quarantine is lifted, but if they need to leave the room they must wear a medical mask and stay about six feet away from others.

The WHO and CDC believe the virus is spread by human contact, coughing and sneezing, like the flu or a cold, Tarling said. Although there’s no evidence that the virus spreads through ventilation systems, the crew has maximized the flow of fresh air into all cabins, he said.

The cruise line has also delayed cleaning passengers’ cabins until it gets a protocol from the health organizations about it, but Princess Cruises is trying to make the quarantine otherwise comfortable.

For entertainment, they have free, expanded WiFi and televisions in the cabin, plus playing cards, origami paper, crossword and Sudoku puzzles and access to current movies, television series, tai chi videos and music, Obenchain wrote.

“We also get regular daily updates, as well as newspapers,” according to her email.

“I feel for those in interior cabins because there are no windows," she said. "That would be very stressful. We now have a number to speak with therapists when you are having especially hard time. I think (just guessing) we have had a few emotional melt downs since this all began. Things have calmed down since we are getting an hour outside the cabin on a rotating basis. Food has improved from the first day.”

She also believes the general mood on the ship is “pretty optimistic.”

“I have spoken to our neighbor," she continued. "They seem to be in good spirits as well. Our neighbor across the hall always has a smile when we open our door to get our meals. Are [there] things I'd like to change? Yes, the food. I'm not complaining because I understand how hard it must be to feed us all. We get two choices per lunch and two per dinner. They can be starch heavy and sometimes protein light. But hey, it's food, and I'm thankful for every morsel.”

The disease tends to be more serious for those with pre-existing conditions, and special care should be given to those diagnosed people who are older than 80 or younger than 6 years old.

Tarling also cautioned that the situation can change daily as they learn more about the virus.

Obenchain stated that she misses her her friends and home in Washington state, but remains patient as she awaits her trip back home.

“[Because] the return flights were scheduled through Princess, they will schedule our flights home then. Very likely after a health check,” she said.