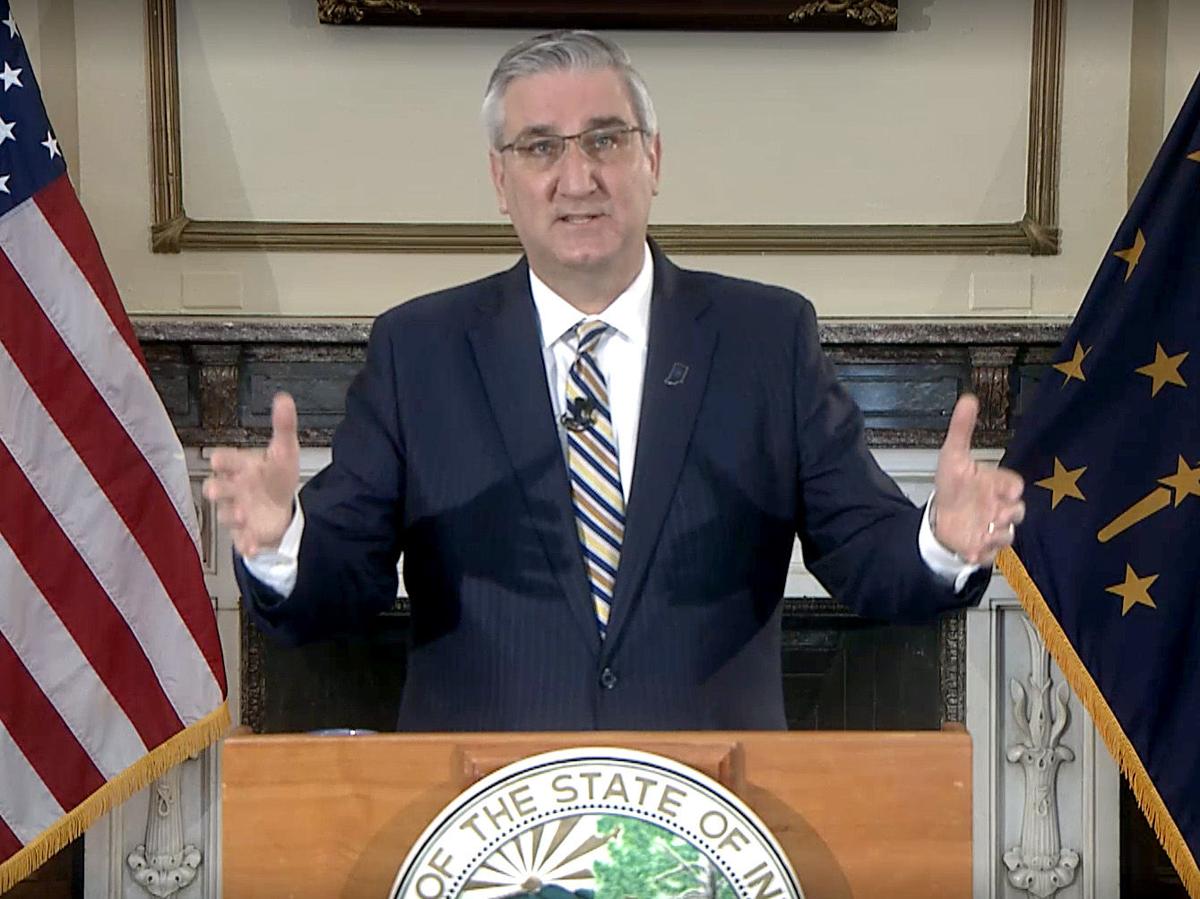 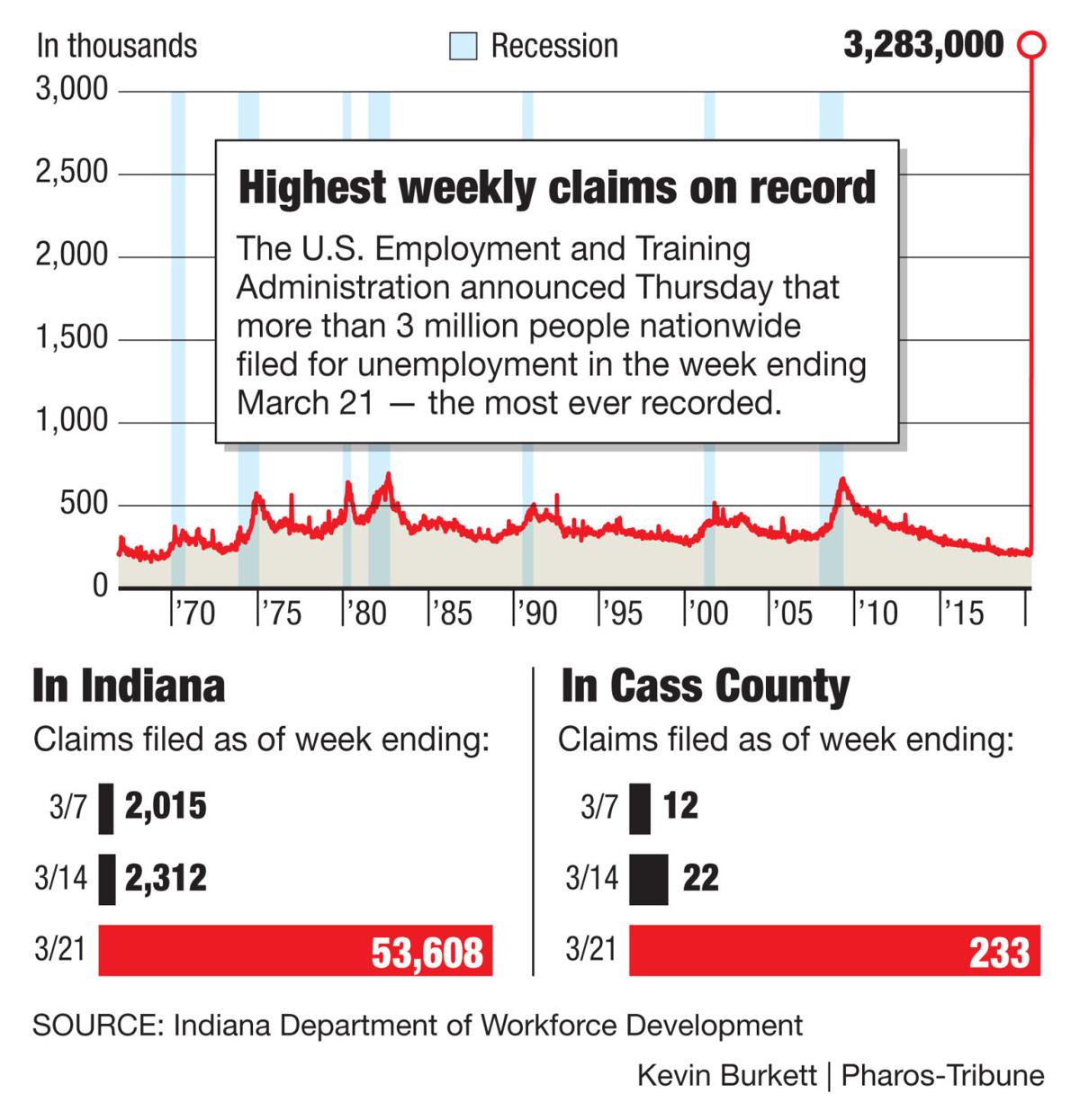 Unemployment claims announced Thursday crushed records across the country, the state and locally.

In Cass County, there were just 12 new unemployment claims in the week ending March 7 and 22 claims for the following week according to the Indiana Department of Workforce Development. But for the week ending March 21, that number shot up dramatically to 233 — an increase of 1,194% over the same period last year.

The state had a 3.1% unemployment rate in January, a month when the state had the highest number of people that have ever been employed, said Fred Payne, Indiana Department of Workforce Development commissioner during Gov. Eric Holcomb’s live-streamed press conference Thursday.

But it may be easier for some Hoosiers to get unemployment and get it without the waiting period.

Holcomb has given state officials broad flexibility in what’s eligible to ensure coverage, said Payne. He also waived the one-week waiting period to be eligible for unemployment benefits. That’s retroactive to March 8.

He added that exact unemployment numbers and the industries they’re from are hard to define right now because the state is also getting partial workweek payment claims.

Payne and other officials spoke Thursday at the governor’s new daily press conferences about the COVID-19 situation and efforts to combat the virus.

Through federal legislation, the state is now able to include independent contractors, the self-employed and those with a limited employment history as those who can make unemployment claims, said Payne.

There is also a 13-week increase in unemployment benefits through the federal government, increasing the time from the 26 weeks now available.

And through the federal government, there’s a $600 a week emergency increase for four weeks for some situations.

Before calling in about benefits, people should first go to the state’s unemployment.in.gov, which will answer most questions. There are long delays in the calling center because of the number of people affected, he said.

Also at the press conference, state officials announced that the Indianapolis 500 will be moved from its traditional Memorial Day weekend to August.

Holcomb said he wasn’t going to second guess those who made the decision.

“It’s not just a race on Memorial Day. There’s a whole big lead up to that event,” he said. “I’m just tickled that we’re still going to have it.”

Chronic care and other steps

• Hoosiers with chronic health issues will be able to receive a 90-day supply of their non-controlled prescription medication, such as insulin or cholesterol medications.

• Medicaid recipients can use their benefits to cover costs of using alternate forms of transportation, such as ride-sharing services, for appointments to see their healthcare providers.

• The Family and Social Services Administration has additional funding flexibility to allow for additional home delivery of meals.