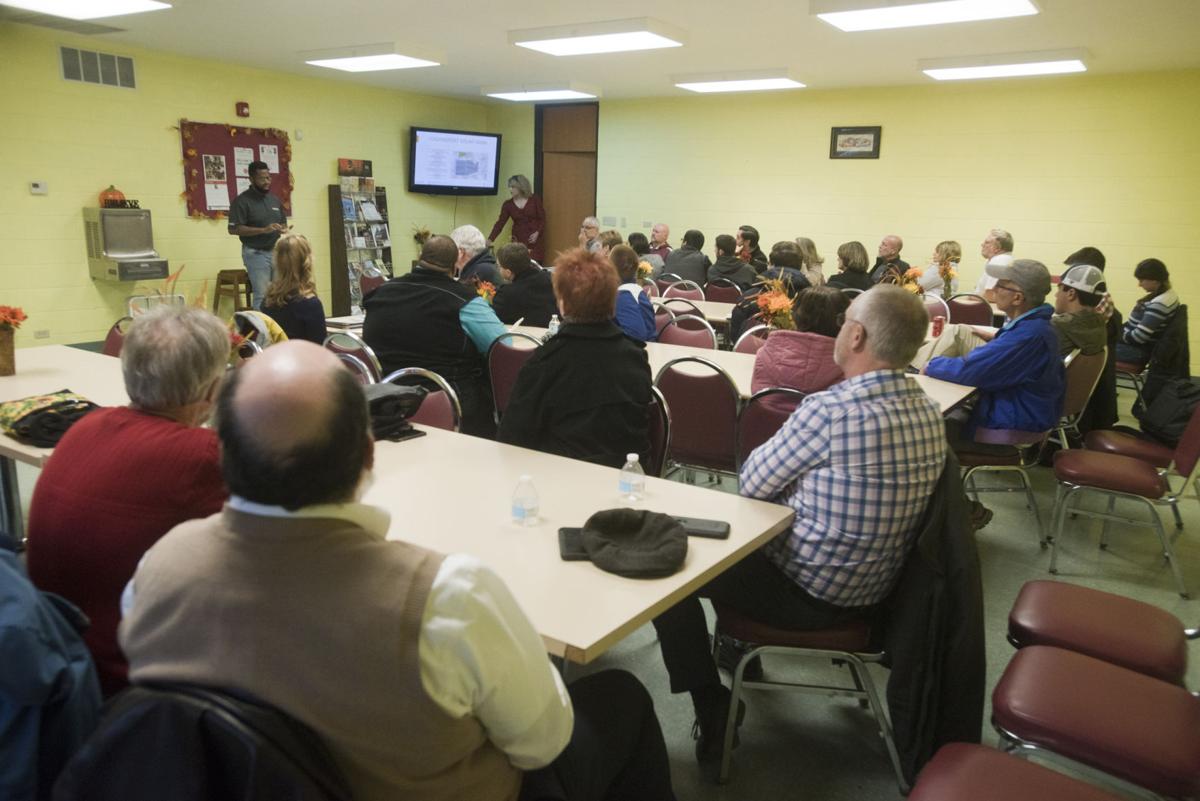 The Salvation Army was full on Thursday night as community members raised their concerns about a possible solar farm coming to town. 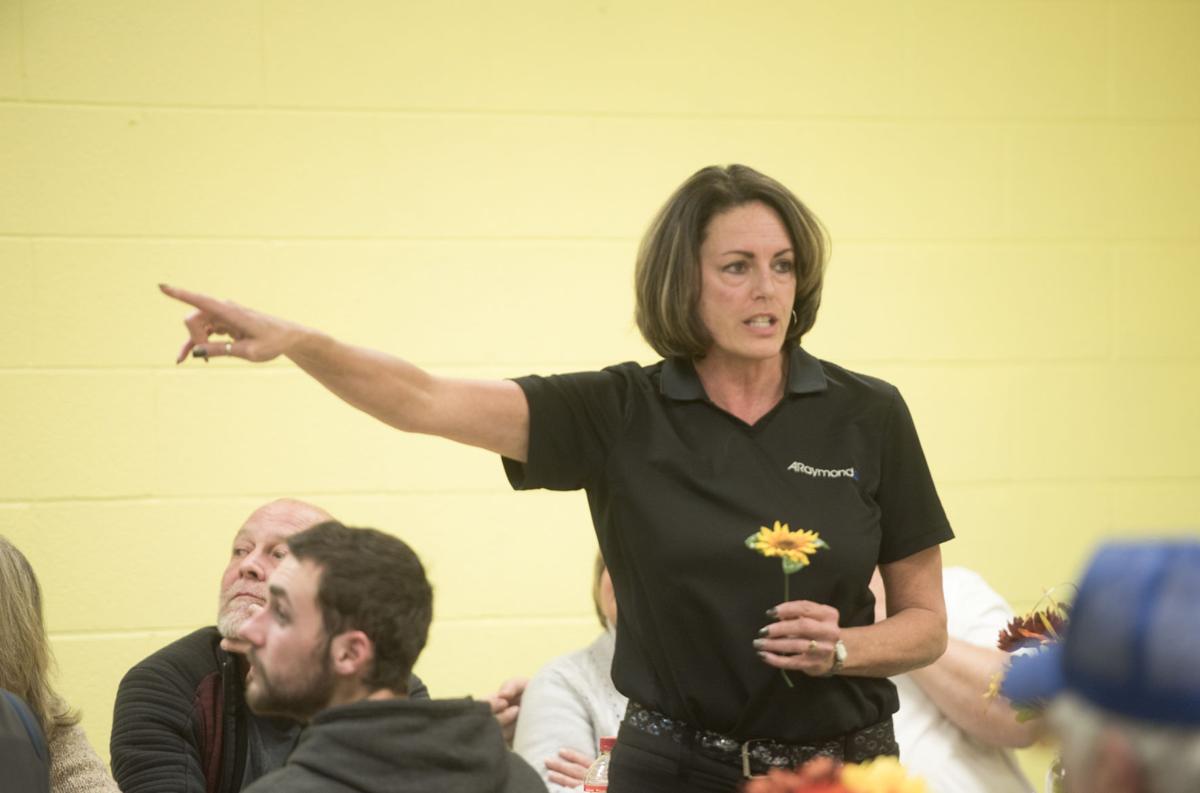 Cindy Barron asks audience members if they would like to live in her house once its surrounded by solar fields. 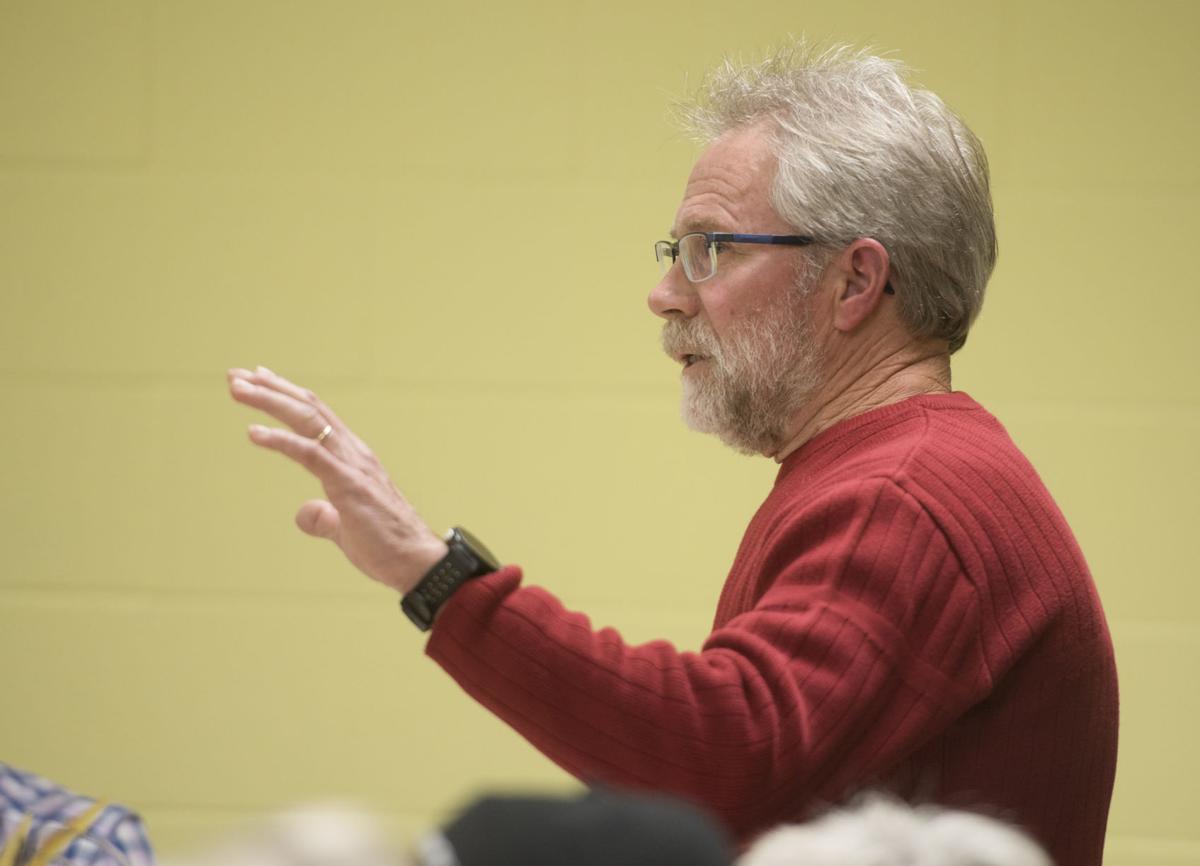 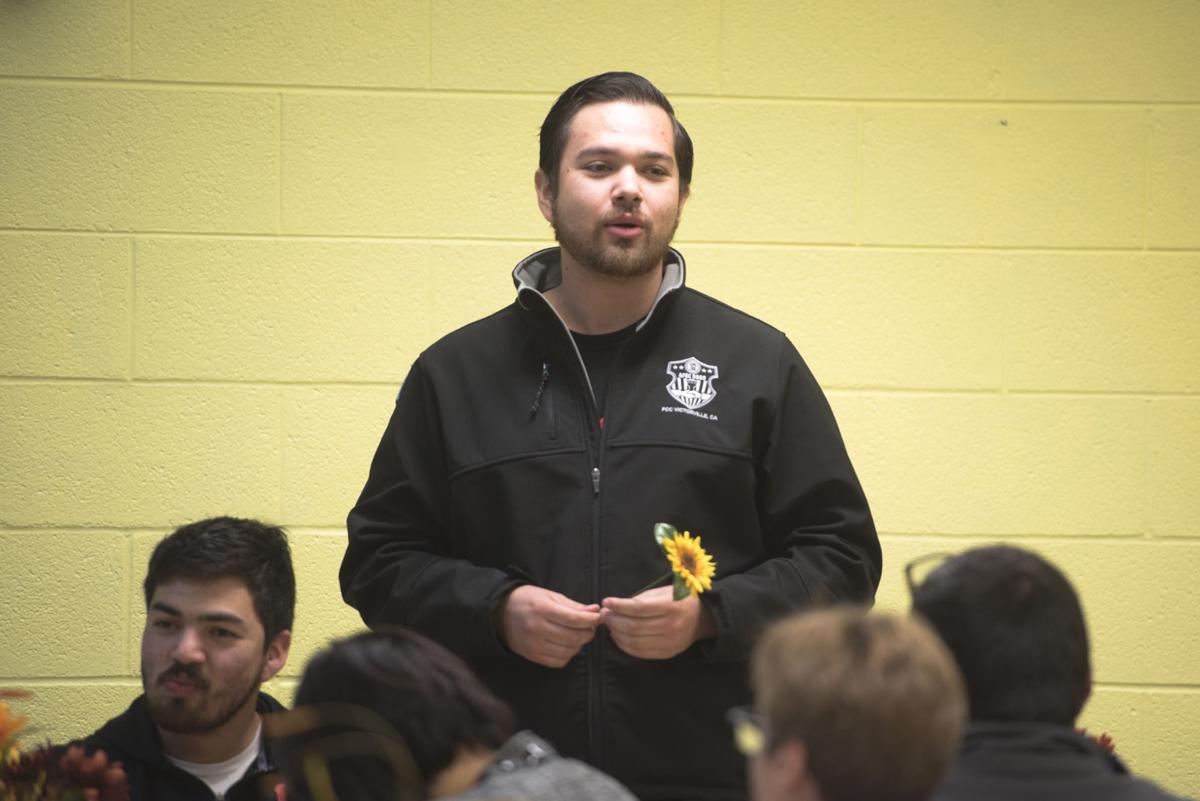 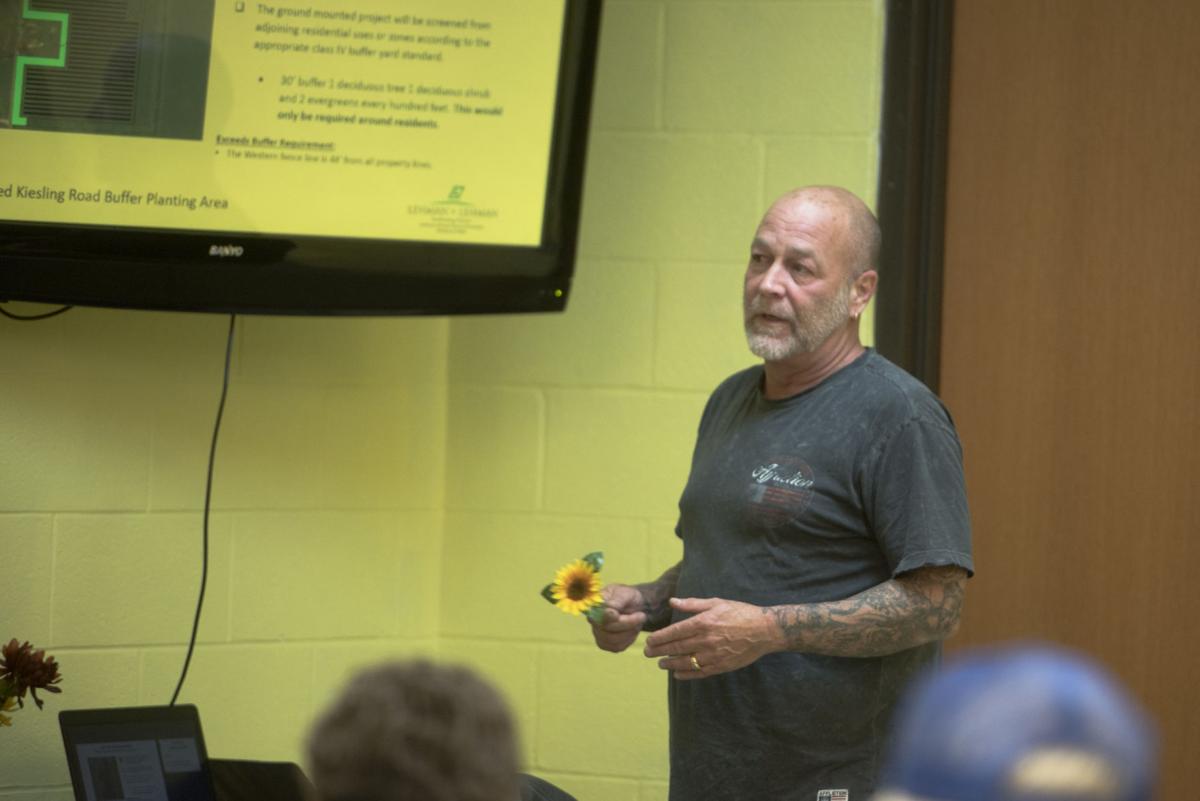 Dave Barron shares his concerns with the solar project being developed around his property. Tony Walters | Pharos-Tribune

The Salvation Army was full on Thursday night as community members raised their concerns about a possible solar farm coming to town.

Cindy Barron asks audience members if they would like to live in her house once its surrounded by solar fields.

Dave Barron shares his concerns with the solar project being developed around his property. Tony Walters | Pharos-Tribune

Acres of country views are a welcome sight on the outskirts of Logansport. Acres of green energy in the form of solar panels ... not so much.

The City of Logansport and Inovateus Solar held a “Pizza and Solar” event on Thursday evening where they presented a planned solar project to citizens and listened to the concerns of those who live nearby.

Last month, the Logansport Utility Service Board voted 5-0 to approve a proposal from Inovateus to install the solar farm.

Jordan Richardson represented Invovateus Solar and provided a thorough presentation regarding the city’s proposed solar farm on the property in the 1400 block of Holland Street owned by Milt Cole and Jim Donato.

Richardson said there are a number of factors for why a solar project may be located in a certain area including availability of land, quality of land, shade, the opportunity to conserve trees and access to power lines that can accept renewable energy.

The city requires a 30-foot buffer zone from property lines.

Inovateus, which previously installed solar panels on the former Continental Steel site in Kokomo, is working with three Logansport lenders to secure funding for the project. Its goal is to begin the project before the end of 2019 when the 30 percent solar tax credit is scheduled to expire.

Prior to beginning the question-and-answer portion of the meeting, Richardson asked for audience members to be patient and respectful of each other.

“The most important reason of why we’re here is to be patient and respectful as there are some necessary emotions as there always is with development that are attached around the project,” he said.

Rene Torres lives on Kiesling Road and while he said he loves solar energy, he doesn’t agree with the location of the proposed project.

“We’re farmer folk over there — we grew up with goats, chickens and everything. I grew up playing soccer in those fields with my friends,” Torres said. “A lot of the way of life here could be greatly changed. We want this area to stay as pretty as it has been and we want to see the project happen somewhere else.”

The proposed solar project would be next to Dave and Cindy Barron’s property on three sides.

Other concerned residents said that the proposed project could potentially lower surrounding property values. Richardson referred to a study conducted across Indiana and Illinois that showed the value of properties within one mile of a solar farm increased by approximately two percent after installation.

Inovatues will be working to provide the public renderings of the proposed project and the buffer zones between properties.

A petition of Inovatues Solar requesting a use variance, special exception and other variances relating to solar energy systems will be heard in front of the Logansport Board of Zoning Appeals on Monday, Nov. 18 at 5 p.m. in the City Council chambers.

City officials have been working on plans for solar panel installation at the former Trelleborg site on the northwest side. More environmental remediation below the surface of the land is necessary before solar panels can be installed there. That property is owned by the city.

Solar power in Indiana continues to be on the rise in recent years thanks to new technological improvements and a variety of regulatory actions and financial incentives — particularly the 30 percent federal tax credit for any size project.

In Indiana, the electric utility industry is pursuing a variety of green power initiatives to help municipalities meet their financial and renewable energy goals, including the development of renewable generation facilities, agreements to purchase renewable energy on the wholesale electric market and green power billing options for customers.

In 2018, Indiana ranked 29th among U.S. states for installed solar power. It’s estimated that 18 percent of electricity in Indiana could be provided by rooftop solar panels.