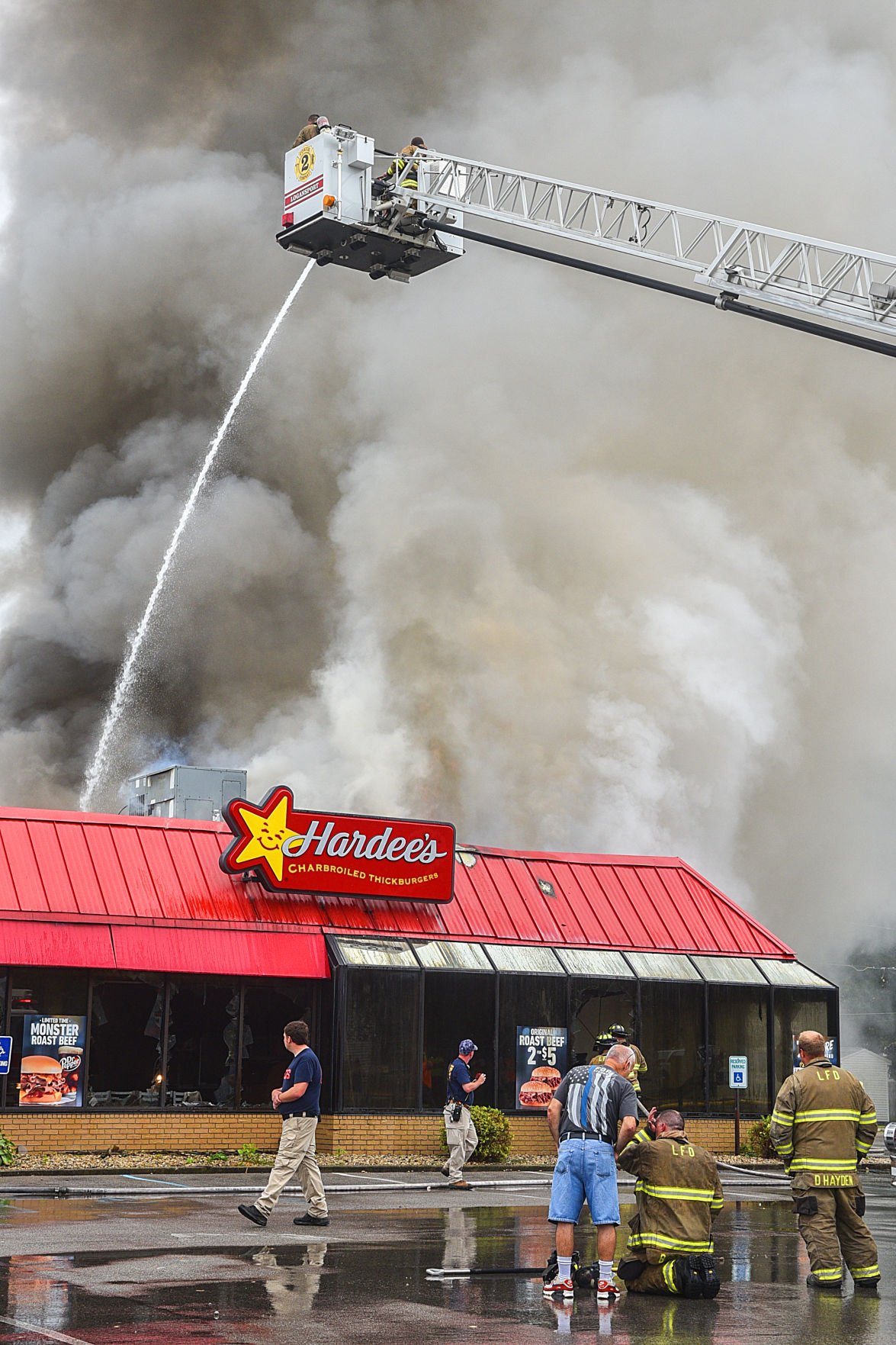 Firefighters spray water on flames in the front portion of the Hardee’s building from a ladder truck on Sunday. 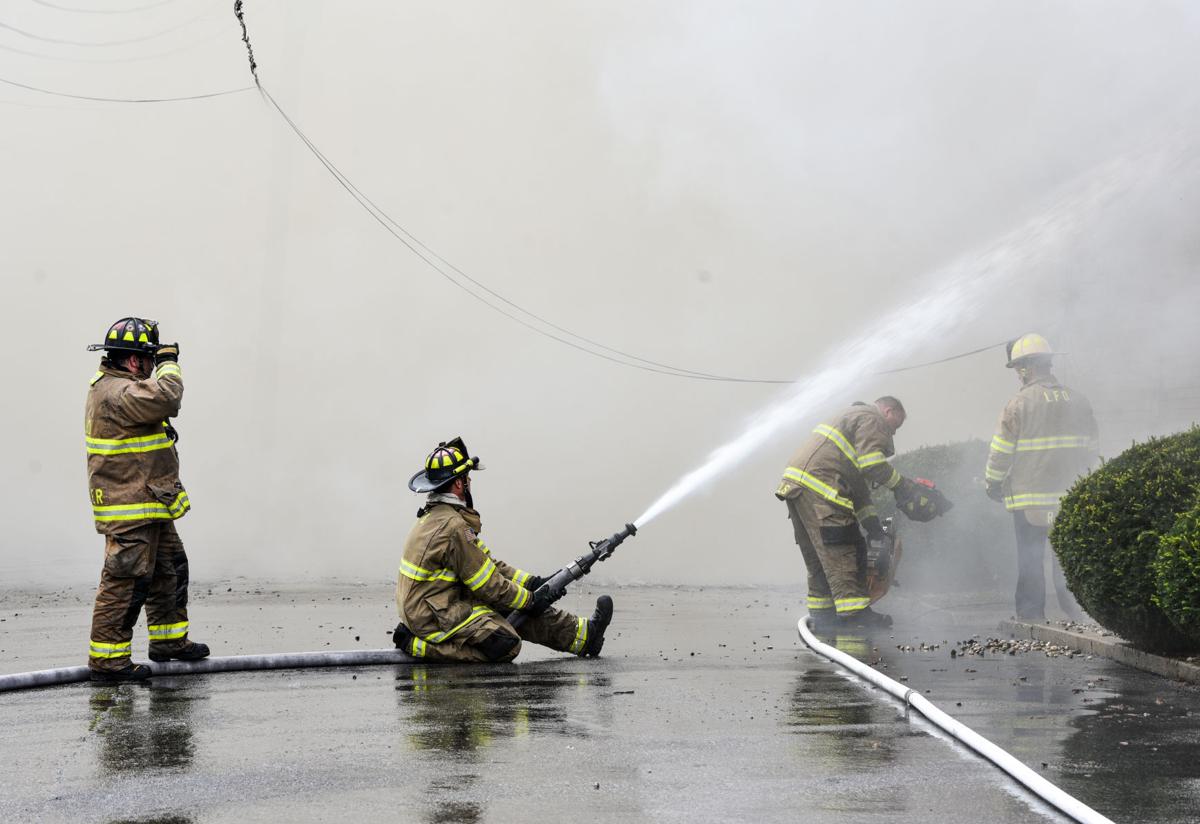 Firefighters continue to work on the back side of Hardee’s after flames erupted when the roof began to buckle on Sunday. 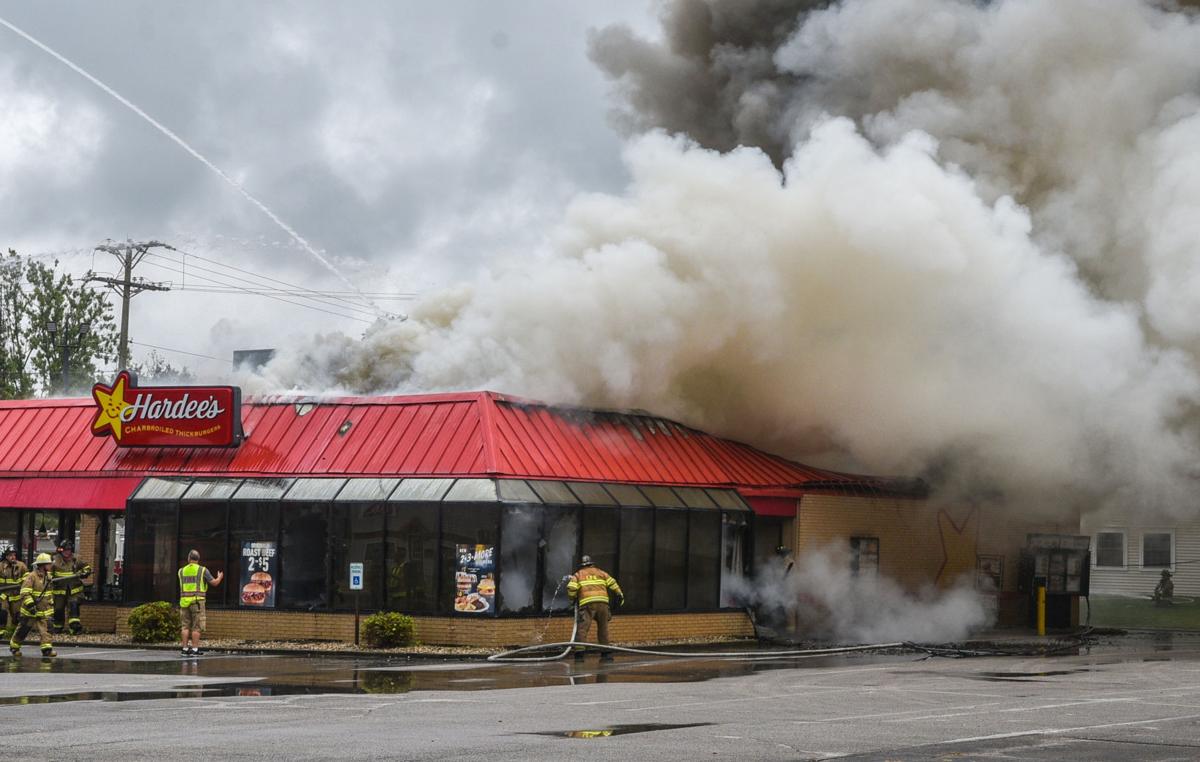 Smoke rolls through and over the top of Hardee’s as firefighters begin to gain control over the fire on Sunday.

Firefighters spray water on flames in the front portion of the Hardee’s building from a ladder truck on Sunday.

Firefighters continue to work on the back side of Hardee’s after flames erupted when the roof began to buckle on Sunday.

Smoke rolls through and over the top of Hardee’s as firefighters begin to gain control over the fire on Sunday.

A location that has been home to a restaurant for more than 50 years will continue to have a presence there.

The Hardee’s restaurant in Logansport was destroyed by an accidental fire Sunday afternoon. A representative of the company said Monday that Hardee’s will rebuild at the location on the southwest corner of 12th and East Market streets.

“We were fortunate that everyone escaped harm in this situation,” Mayor Dave Kitchell said in a press release. “It’s a difficult time for Hardee’s employees and customers, but word that it will be coming back is welcome news to that area of the city.”

Fire engulfed the Hardee’s restaurant at the corner of 12th and Market streets on Sunday, drawing a large crowd of onlookers as firefighters worked to put out the flames.

At around 2:30 p.m., the Logansport Fire Department was dispatched to the scene, according to Fire Chief Bernie Mittica. Officers with the Logansport Police Department said the 911 caller indicated that a semi-truck making a delivery to the restaurant caught and downed a power line, which then landed on the roof of the building and caught a piece of equipment on fire.

Robert Dunderman, manager of Logansport Municipal Utilities’ Electric Department, confirmed that report. Dunderman indicated that the delivery driver struck a service line running from an electric pole on the north side of the alley behind the restaurant, causing it to collapse on the building.

It was the driver’s second time making a delivery to the Logansport Hardee’s location.

“He came in right next to the building and that’s the lowest point of that wire,” Dunderman said.

Dunderman said it’s likely that during the driver’s first delivery attempt, there was a car in the drive thru causing him to swing around and clear the wire since it’s at a higher point near the electric pole.

“It would all depend on where they put their riser on how high it can get,” he said.

Logansport Municipal Utilities turned off the electricity in the area for a short period of time because of the fire.

Flames had just about been extinguished by 3:30 p.m. when a section of the roof at the rear of the building began to buckle. The influx of air caused a large fireball to erupt, sending crews to the back of the building to continue their efforts there.

Extensive damage was done to the building and firefighters were still on the scene into the evening on Sunday.

Mittica confirmed that there were no injuries reported.

The location was the original home of Burger Chef, an Indiana-based chain that opened its doors there in the 1960s, featuring the “Triple Treat” — a hamburger, fries and shake.