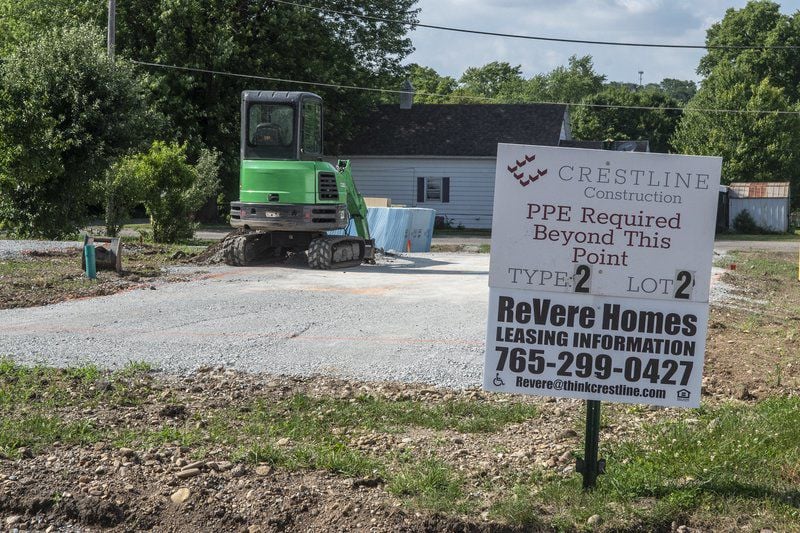 Construction is underway on Washington Street for a future ReVere Home on the west side. Tony Walters | Pharos-Tribune 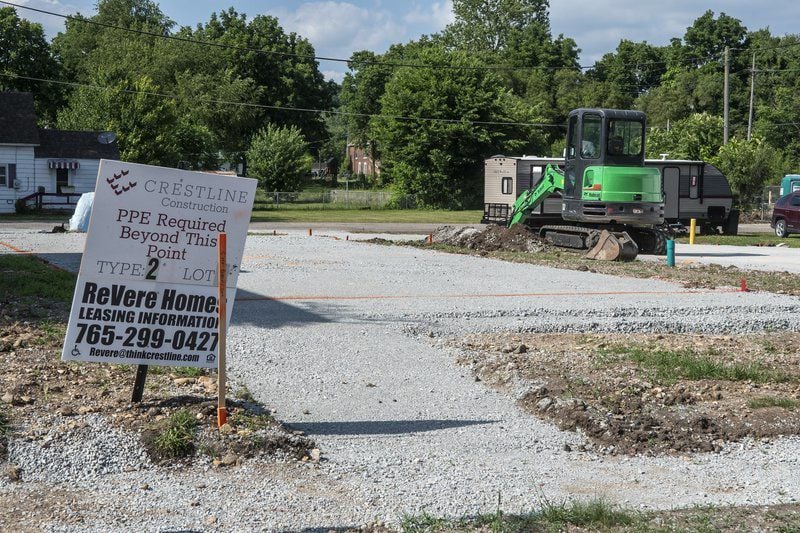 Two lots on Washington Street are among those under construction by Crestline Development Co. for future ReVere Homes. Tony Walters | Pharos-Tribune

Construction is underway on Washington Street for a future ReVere Home on the west side. Tony Walters | Pharos-Tribune

Two lots on Washington Street are among those under construction by Crestline Development Co. for future ReVere Homes. Tony Walters | Pharos-Tribune

The Logansport City Council recently approved the expenditure of up to $475,000 for the remediation of properties in the Blight Elimination Program (BEP) that were not properly razed.

At their meeting Monday evening, council members suspended the rules and unanimously passed an ordinance on second reading authorizing the use of up to $300,000 from the Rainy Day fund and up to $175,000 from the CEDIT fund to remediate properties in the BEP program — a statewide program designed to allow municipalities to demolish blighted properties and offer a variety of end uses for the newly cleared properties, including green space and redevelopment.

Logansport mayor Dave Kitchell said the properties will be remediated to conform to federal and state regulations. Afterward, new single-family homes will be going up on the lots as part of the ReVere Homes project, which officially broke ground in May.

“We are determined to finish the job of remediating those lots and are not postponing the project,” Kitchell said.

According to Kitchell, while the city didn’t anticipate the upfront costs, they are involved in the state’s program and therefore have to pay for the costs of participation. The program was started during the previous mayor’s administration.

Kitchell described it as the” bureaucratic quicksand of unfunded mandates.”

“It inflates the cost of needed housing projects not only in Logansport, but other Indiana cities,” he said. “I have placed calls to Sen. Mike Braun’s office in hopes that we’ll get some relief from the federal government.”

He said he hopes other state and federal officials will also appreciate the city’s situation as “a good problem to have” and respond with support and funding.

Housing was the number one issue listed in the city’s “Nineteen for 19” agenda at the State of the City/County Luncheon earlier this year, and according to Kitchell it’s also a top priority for other Indiana cities because of its impact on economic development.

“If people can’t live here, they may not want to work here if their only option is to commute several miles every day,” said the mayor.

A housing market study determined that the city needs between 250 and 400 units to meet the demand in the current market. That figure doesn’t include an estimated 40 new market-rate apartments under construction at Logan Square downtown. According to Kitchell, the ReVere Homes project is the first step in addressing the city’s need for additional housing.

City officials have taken other steps to expand housing options as well. In May, representatives of the city’s housing steering committee agreed to move forward with plans to work with a Fort Wayne Developer Biggs to add single-family housing to the city-owned properties near the intersection of High Street and Yorktown Road.

Discussions are still ongoing regarding potential housing associated with the redevelopment of the nearby Logansport Mall property.