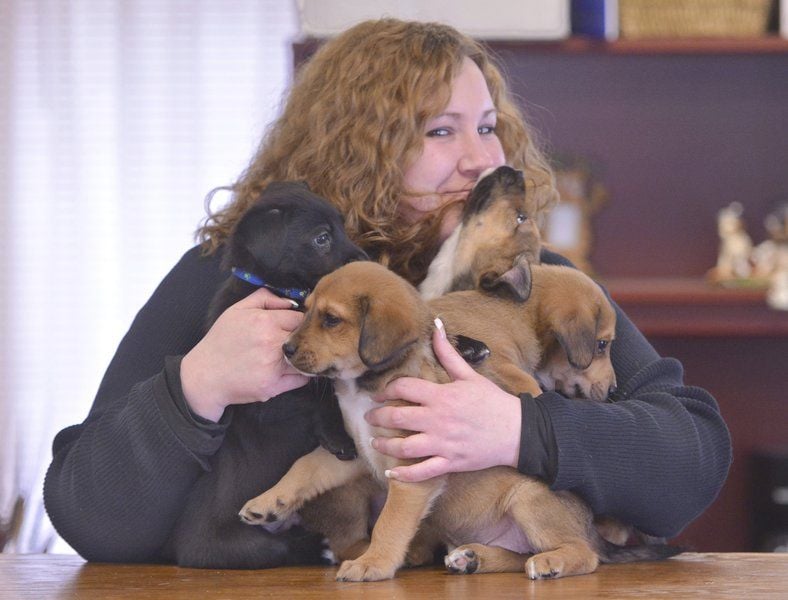 Photos by J. Kyle Keener | Pharos-Tribune Jaime Keller, manager of the new Pulaski Animal Center, has her hands full taking care of a litter of 8-week-old German shepherd and lab mixed puppies that have already been adopted. 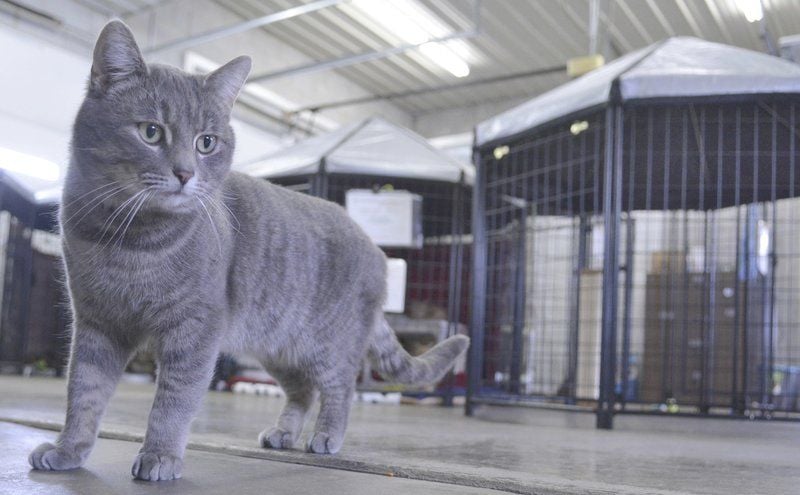 Bobo, a mature male tabby cat will be going to his new home next week where he won't have a fancy "cat condo" like the donated cages seen behind him. 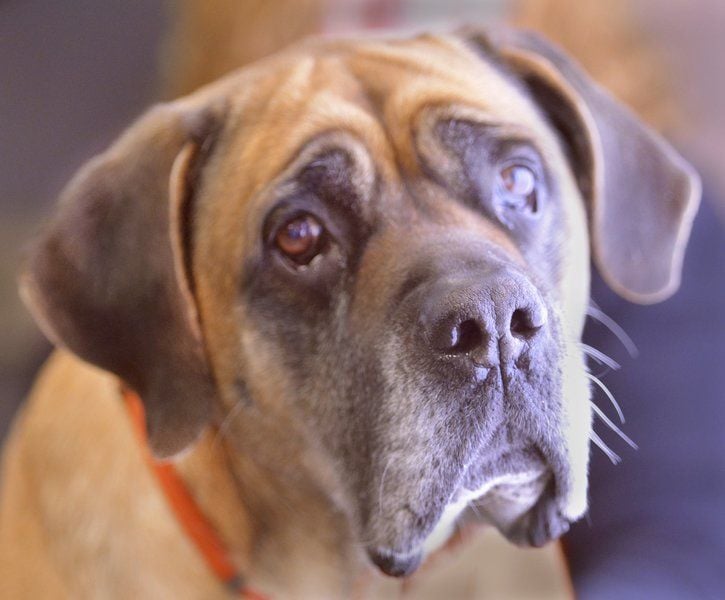 Sugga, a 7-year-old, female mastiff was found abandoned on the side of the road.

Photos by J. Kyle Keener | Pharos-Tribune Jaime Keller, manager of the new Pulaski Animal Center, has her hands full taking care of a litter of 8-week-old German shepherd and lab mixed puppies that have already been adopted.

Bobo, a mature male tabby cat will be going to his new home next week where he won't have a fancy "cat condo" like the donated cages seen behind him.

Sugga, a 7-year-old, female mastiff was found abandoned on the side of the road.

"It's empty at the house," the Knox resident said. "It's too quiet, too empty. Lonely is the word."

She had to have her cat put down after it was diagnosed with feline leukemia.

Then Wendt met Vinnie, an orange kitten, at the Pulaski Animal Center in Winamac.

Upon holding him for the first time, the young feline nestled his head up against Wendt's and let out a soft purr.

"When you get a head-butt and a purr like that, how can you say no?" Wendt said.

It became one of more than 100 adoptions Pulaski County's only animal shelter has facilitated since opening in June 2014. In its first eight months, the facility has been bringing in cats and dogs out of the elements and providing them with care before finding someone who can hopefully do so for the rest of their lives. While the center sets out to benefit animals, it also creates a sense of fulfillment for volunteers and has become a positively recognized part of the community.

Read the P-T's coverage of the center getting started.

Octagonal pens affectionately referred to as "cat condos" line the room off the entrance to the Pulaski Animal Center at 13 E. Indian Hills Road in Winamac. Amenities for their occupants include beds, blankets, scratching posts and a separate, larger pen filled with toys used as a play area.

The next room accommodates their canine neighbors who reside in kennels marked with cards introducing them to visitors.

Among them are Sugga, a mastiff described as a "sweet girl" and Buster, a Labrador mix who knows basic commands and "loves to play ball."

All around are shelves filled with donated blankets, pillows, pet food and dishes. A chore board leans against a wall. Occasional barks are returned by the yips of a litter of lab mix puppies.

Jaime Keller, manager of the center, said the garage doors of the former automobile sales building are often opened during warmer months to let the animals enjoy the spring and summer air. The cat condos will be moved outside, she added, while dogs will be let out into the facility's two outdoor play areas.

The Pulaski Animal Center currently has room for 10 cats and seven adult dogs. Keller said they hope to expand in the future.

"I'm impressed with what we've done so far," she said. "I know we've made a difference."

The facility and its mission are funded through the donations of money and supplies. About 20 volunteers assist Keller with duties like cleaning and making sure animals exercise.

"We've been really, really blessed," Keller said of the volunteers.

Before the Pulaski Animal Center, the boarding kennel belonging to Sarah Kasten, the county's animal control officer, was the only refuge for strays.

While she hasn't noticed a decrease in stray animals in the months since the new center opened, she said she expects to in the future.

"I haven't really seen a huge impact yet but I'm hoping as they progress as an organization and get more volunteers and take on more animals that we'll see more of an impact as time goes on."

When visitors come in to consider adoptions, Keller said they're asked about any animals they already have to determine whether it would make a good fit. Sometimes people will even bring in their pets to see if they'll get along with a potential rescue, she added.

Animals are spayed or neutered, provided with a microchip and vaccinated before they're adopted.

The Pulaski County Community Foundation awarded a $7,500 grant to the center to assist with these costs.

Wendy Rose, executive director of the foundation, said community impact is one of the elements considered by the grant committee when determining awards. The Pulaski Animal Center being the only shelter in the county demonstrates this factor, she continued.

"We're excited because this is a new nonprofit in our community and we've been impressed by their hard work and efforts and seeing how far they've come already," Rose said. "It's exciting all the way around."

The center is open 11 a.m. to 2 p.m. Fridays and Saturdays. Keller said new hours are being considered for the spring. More information is available on the center's Facebook page.