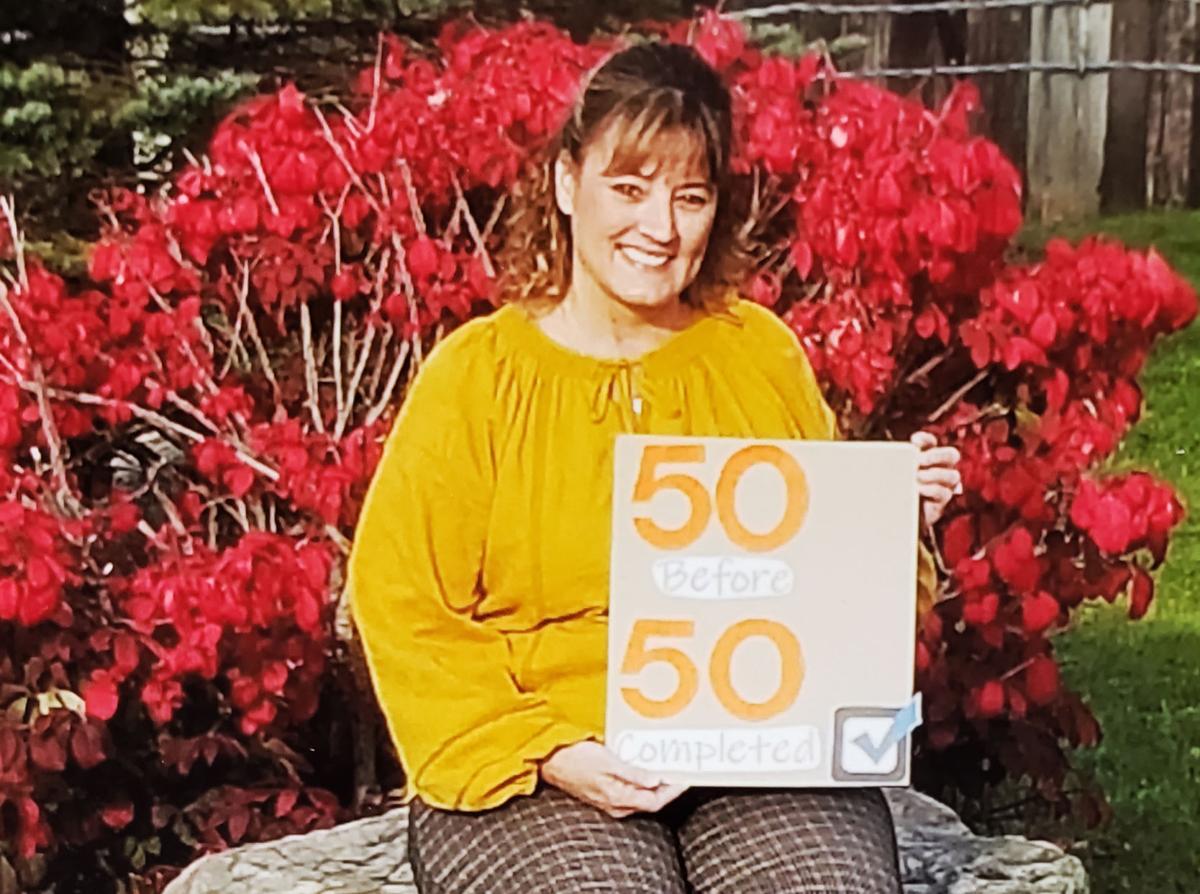 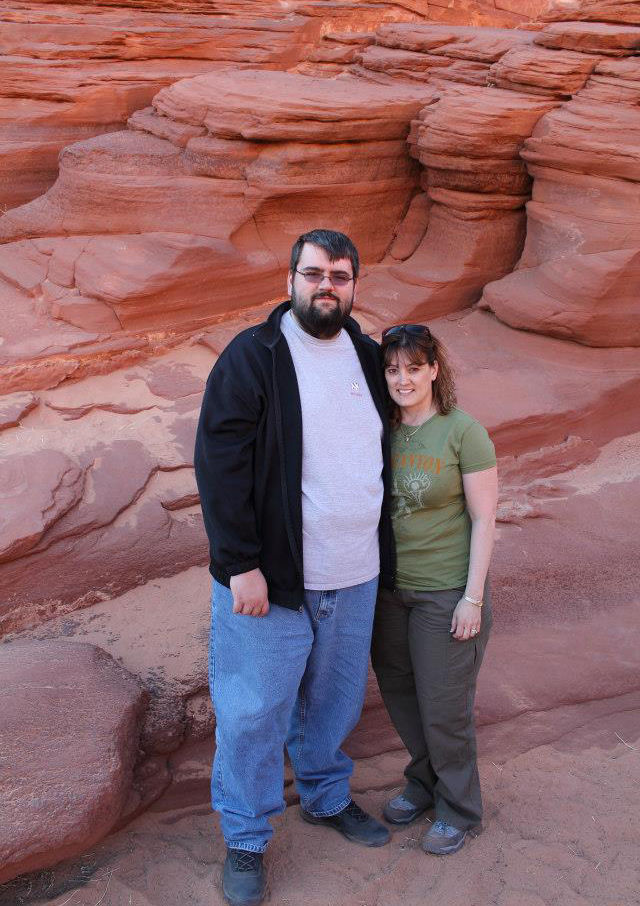 During her visit to Arizona during her quest to visit all 50 states, Kim DuVall, right, poses with her son Skyeler Rance at Antelope Canyon. 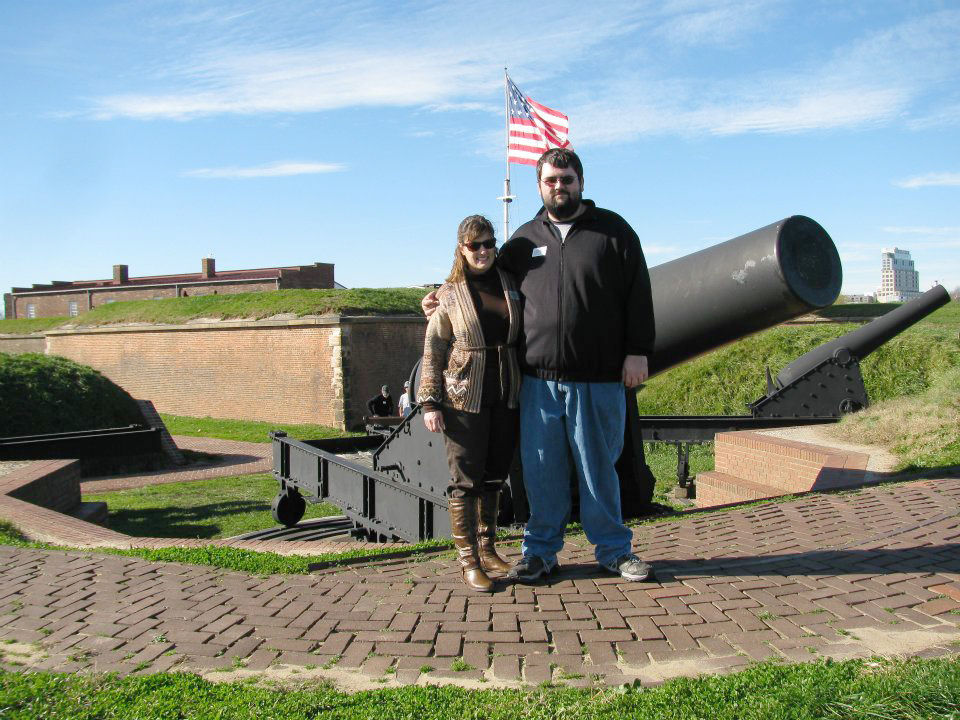 Skyeler Rance and his mom, Kim DuVall, pose in front of historic artillery at Fort McHenry in Baltimore in 2011. 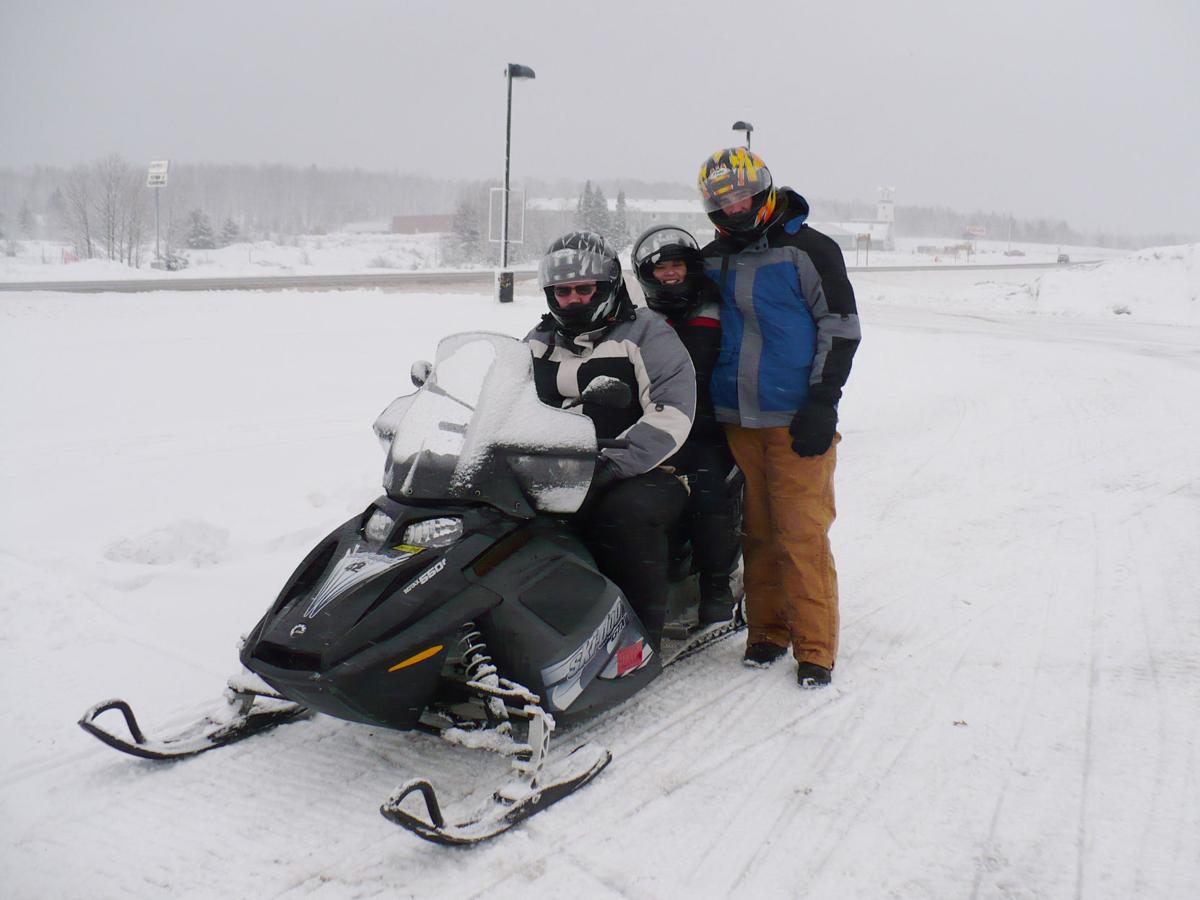 During her visit to Arizona during her quest to visit all 50 states, Kim DuVall, right, poses with her son Skyeler Rance at Antelope Canyon.

Skyeler Rance and his mom, Kim DuVall, pose in front of historic artillery at Fort McHenry in Baltimore in 2011.

When the Logansport schools went on fall break this year, Kim DuVall finished something in Vermont that she started 18 years ago in Las Vegas.

It was a sort of patriotic mission, as well as something that fit into her career as a social studies teacher.

Prior to New York’s World Trade Center towers coming down during the Sept. 11, 2001 terrorist attacks, DuVall had never been too far out of Indiana — mostly day trips to Chicago for museums and Dayton, Ohio, for the air show.

Her longest trips were to Florida with the Fellowship of Christian Athletes and North Carolina to help her sister move, not for sightseeing.

“[When] 9/11 had happened, and there was this feeling among people not to trust anybody,” DuVall said. “No trusting strangers in general and not being in large places with large groups of people... To me it was unsettling. To me, it was giving into the terrorists.”

It was also hurting places that depended on tourism because people were afraid to travel.

“After 9/11, there was a feeling that I want to see the world. I want to meet the people,” she said. “It was like a bold statement for me. I was not going to let them control my mindset and who I meet.”

The first trip was to Las Vegas because it presented itself to her. The trip was very affordable and DuVall was a single parent at the time.

They avoided casinos except to see the spectacular architecture, instead taking in sights and shows. She not only saw childhood idol Rick Springfield but got to meet him afterward.

“In each state, I made memories,” she said.

Just passing through a state would not count — they had to do something.

The second trip was in October 2002 to Pennsylvania, with her and the boys taking in Gettysburg, Pittsburgh, Philadelphia and Hershey.

Most of the trips they made by car, and DuVall and her two boys, Skyeler Rance and Zayne Trent, would read books for ideas on where to visit.

She also started making trips with her husband, Kevin, when they married.

Over the years, she’s done dog sledding in Michigan and Alaska, whitewater rafting in Tennessee and North Carolina, spelunking in Indiana and Kentucky, as well as hiking in a lot of places — including Mt. Saint Helens in Washington.

“I found myself gravitating to the national parks, as well as the historic sites,” she said.

She now has a national parks passport that get stamped at each park she visits.

DuVall once decided she wanted to stay in a yurt — a portable, round tent covered with skins or felt and used as a dwelling by several nomadic groups in the steppes of Central Asia — and she found one next door in White County.

She loves rhinos and wanted to feed, pet and even clean up after some. They found The Wilds in Ohio, where she got to feed and pet some, although she didn’t have to shovel up after them, she said.

“I would find things. That was my goal,” she said.

From Revolutionary War sites, Civil War sites, Plymouth Rock and other historical places, she brought back photos, postcards, teaching materials and recipes for her classes to make.

The post-9/11 goal wasn’t just to visit places but also meet people. “Everyplace I went, I made friends,” she said.

DeVall would sit and have conversations and get to know people, whether talking with people in airports or in their hometowns.

Originally, her family and friends would follow her through letters. Then they got to watch via Facebook.

Others also began rooting for her, including folks at her dentist’s office where they’d ask her at each checkup what was next. They also encouraged her to share her story with the Pharos-Tribune.

For her trip to her final state, Vermont, and the Trapp Lodge in Stowe from Oct. 14 to 18, she had a slight conflict. It was on her bucket list to see Jimmy Carter teach Sunday school at Marantha Baptist Church in Plains, Georgia, and the Sunday before she planned to go, he was there. Because he’s 95 years old, she felt she didn’t want to put off that experience much longer.

So the weekend after school ended, she drove there and queued up at 5 a.m., then drove to her son’s home in Tennessee afterward and flew to Vermont from there.

Some places she visited more than once, usually with someone. She took her parents to the Grand Canyon and Niagara Falls. And she has visited Washington D.C. a number of times.

She thinks the prettiest states are Maine, Tennessee, Utah and Arizona.

Besides visiting the 50 states, she’s also gone to U.S. territories Puerto Rico and the Virgin Islands. She wants to visit Guam, Northern Mariana Islands and American Samoa as well. And, though she’s been to California, she wants to return to see San Francisco and the redwoods.

DuVall has also visited 13 countries, including Spain, Iceland, Morocco, England, Italy and Greece. On each trip to a foreign land, she tries to visit a church, a school and a grocery store. She likes to see how people live and eat, and buying your own food is a more affordable option to fine dining, she said.

For those who want to follow in her footsteps across the country, DuVall has some practical advice. She took her camera (and shot everything because it changes each time she visits and she wants to make a wall of all the photos), duct tape in her carry-on and a sharpie to mark maps.

DuVall also has some general advice on how to approach it.

“Our country is beautiful, and we should get out and share it and make memories and everything,” she said. “I’m not through traveling. I’m ready to plan my next trip.”

And, she added, “Be adventurous.”