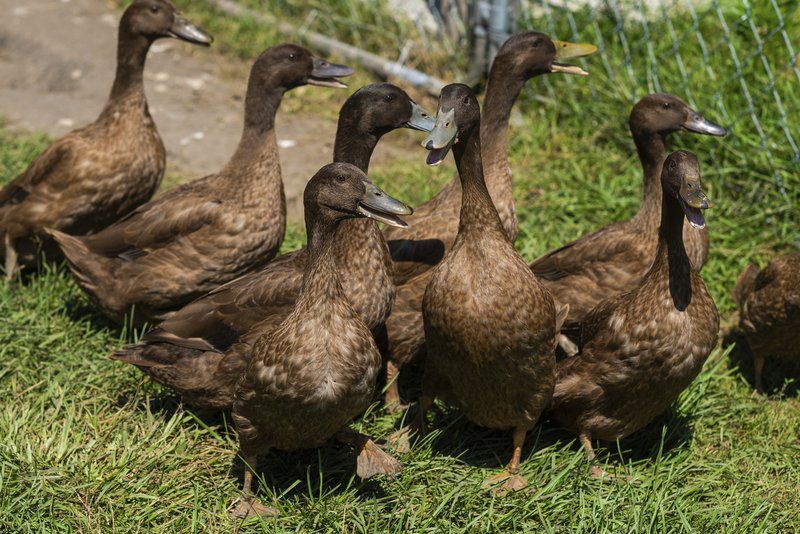 The Coopers also raise ducks for eggs and grow grapes to make their own jelly. 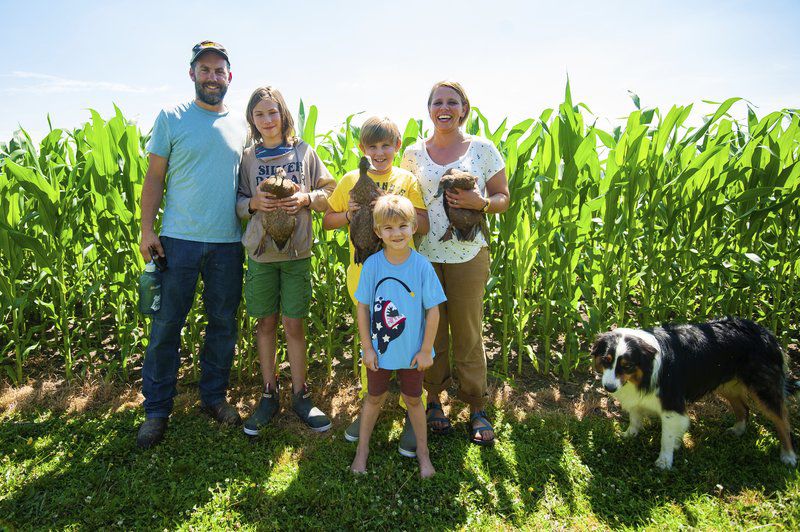 Photos by Juli Feller | For the Pharos-TribuneBilly and Li Cooper pose for a photo in front of the corn field they farm with their three children — Jack, 14; Elliott, 11; and Hugo, 5. 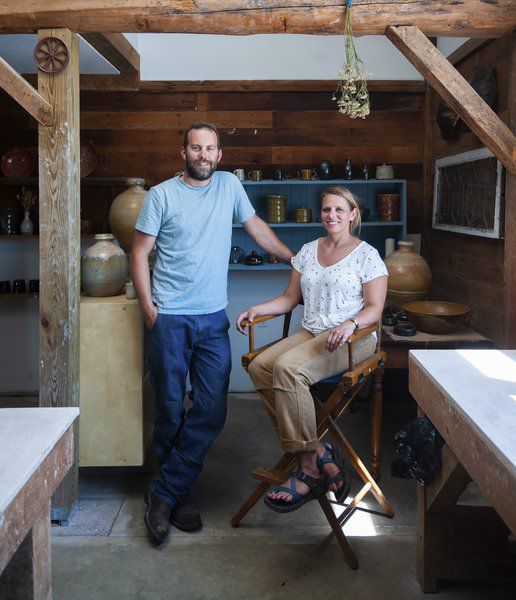 Billy and Li Cooper also make their own pottery in their studio, Lanesdale Pottery. 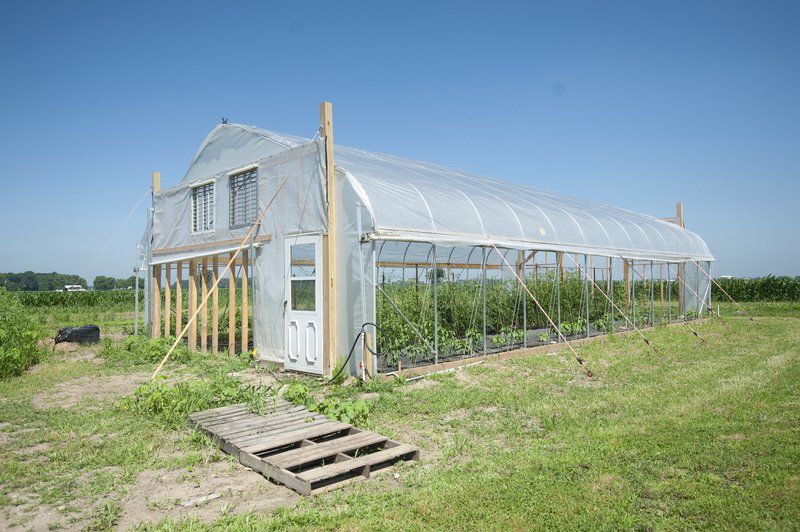 The Coopers use their seasonal high tunnel to grow vegetables that they sell at the Logansport Farmers Market.

The Coopers also raise ducks for eggs and grow grapes to make their own jelly.

Photos by Juli Feller | For the Pharos-TribuneBilly and Li Cooper pose for a photo in front of the corn field they farm with their three children — Jack, 14; Elliott, 11; and Hugo, 5.

Billy and Li Cooper also make their own pottery in their studio, Lanesdale Pottery.

The Coopers use their seasonal high tunnel to grow vegetables that they sell at the Logansport Farmers Market.

Billy Cooper and his wife, Li, met at Earlham College in Richmond. Although they were art majors, they quickly were made aware of Earlham’s dedication to educating their students on the importance of environmental care. Earlham’s influence would supplement Li’s family heritage of nurturing and caring for the Earth.

After college, Billy and Li married and carried on their love of art by starting a pottery business, in which they were involved for eight years. During the early years of their marriage, Billy became familiar with Li’s family’s love of the soil through no-till farming. Li’s grandfather, Marion Beecher, wanted to be a forester when he was young, but farming ended up being his way of life. So when Marion became a farmer, no-till farming was a natural progression.

Billy explained that with no-till farming they leave the ground alone and work it as little as possible with machinery. The advantage of no-till farming is that soil gains biodiversity in its substructure by not being disrupted. No-till also allows for more worms and microbial activity which will yield a higher fertility in the soil. Billy says that with no-till farming methods there is better erosion control and the top soil structure is better prepared to handle rain — something every farmer in the region has had to deal with this season.

“We also use cover crops,” Billy said. “Cover crops build soil structure and add nutrients to help eliminate compaction, which also helps control erosion. So when there is a large rain in winter or spring the structure in the soil in the root of the plant holds onto the soil so it doesn’t move as much. So nine to ten months out of the year, we try to keep something green in the fields, which creates more diversity in the soil.”

The no-till farming method was passed down from Li’s grandfather to her father, and now Billy and Li are the third generation in her family carrying on this environmental friendly practice. Billy is the chair for the Cass County Soil and Water Conservation District an is very involved with the Natural Resources Conservation Service (NRCS) in Cass County, which Li’s father, Jim Beecher, was also heavily involved with.

Billy says their relationships with the owners of the land they farm in Royal Center are also extremely important.

“We treat the ground as if it is our own,” Billy said.

One thing Billy loves about farming is sharing his philosophy with his landlords in preserving the ground for future generations.

Billy and Li have been farming now for over 17 years, cultivating over 1,700 acres of land to produce corn and soybeans. They have three children — Jack, 14; Elliott, 11; and Hugo, 5 — who they hope to pass their passion for no-till farming along to. But for now, Li laughed: “If they get to drive a tractor, they are all about helping on the farm.”

The Cooper’s are also growing vegetables in their seasonal high tunnel for their family and starting to share their produce at the Logansport Farmers Market. High tunnel systems are structure that are enclosed in plastic or fabric to help control weather related factors such as temperature, sunlight and wind in addition to aiding in the control of insects. They are considered an environmentally friendly way to extend the growing season.

“I feel it’s important for people to know their food is being provided locally,” Li said. Currently, they are producing zucchini, tomatoes, onions, kale and peppers during the summer months. With the seasonal high tunnel, they look to produce through December.

As if all that is not enough, the Coopers are also raising ducks for eggs and growing grapes to make their own jelly — as well as nurturing their love of art by creating pottery. The Cooper’s participate in two open houses each year in Royal Center where the public can purchase their pottery through their company, Lanesdale Pottery.