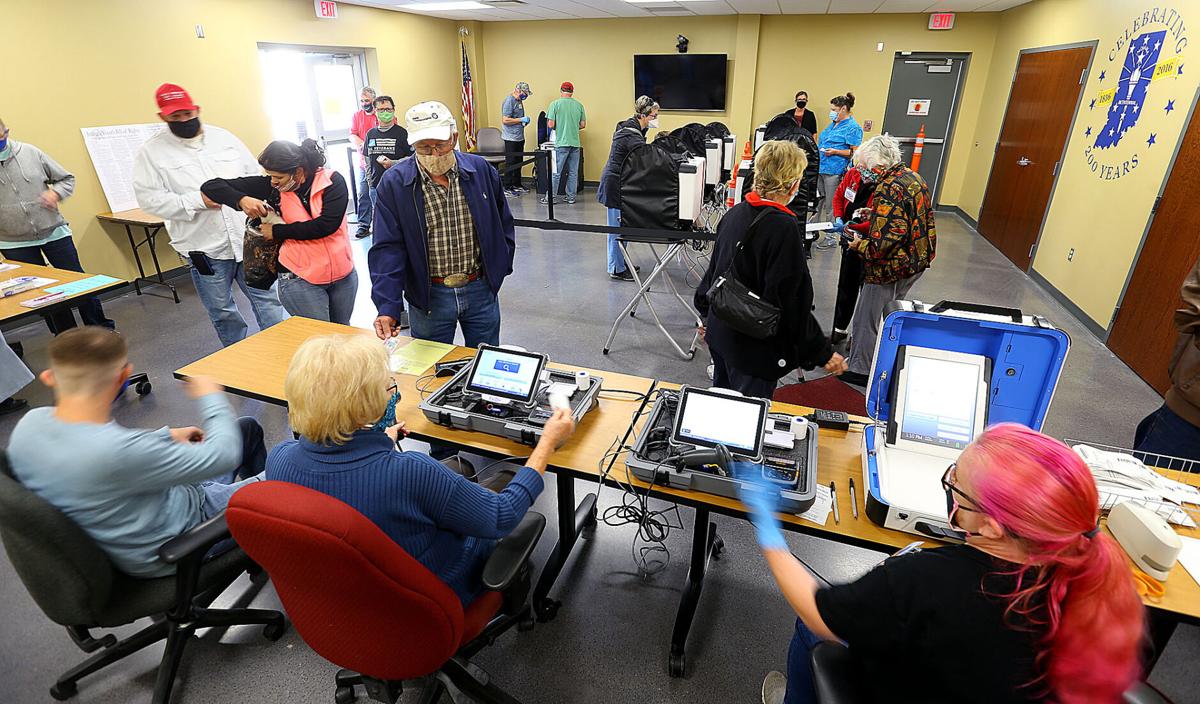 Early voting started with a line out the door at the Cass County Government Building on Tuesday. 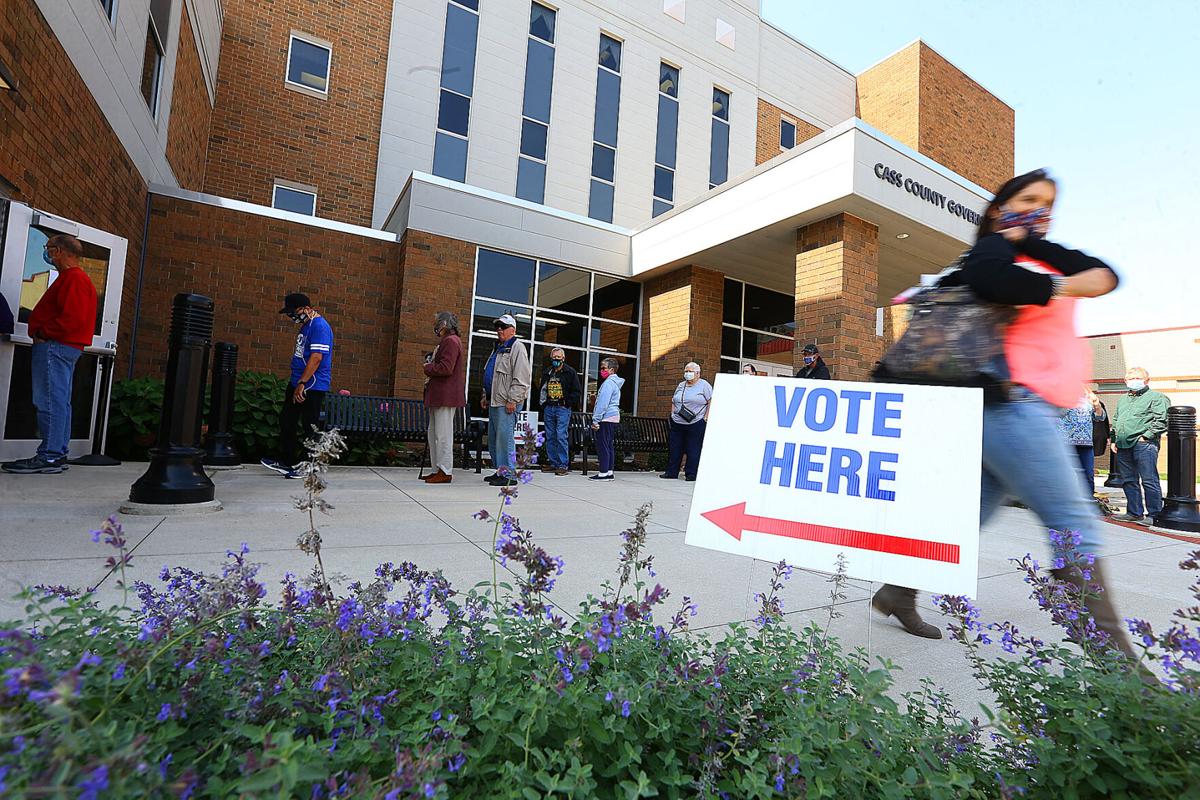 Early voting started with a line out the door at the Cass County Government Building on Oct. 5, 2020.

Early voting started with a line out the door at the Cass County Government Building on Tuesday.

Early voting started with a line out the door at the Cass County Government Building on Oct. 5, 2020.

For the first time since early voting began Oct. 6, the number of people voting at the Cass County Government Building has gone below 300.

The numbers still remained near that level with 280 early voters. To date, 2,751 Cass County residents have voted early.

Since the first day of in-person voting started, numbers have not dropped below 300, said Craig Handy, Voter Registration deputy. Typically, presidential election years see a spike in voter turnout as compared to midterms, and this year seems to be no different.

According to Handy’s numbers, Friday also saw 48 more ballots mailed in, giving a total of 1,552 to date.

It is likely those numbers will increase as the nation draws closer to Election Day.

Meanwhile, Handy continues to put in additional hours to make sure materials are provided at each voting center and proper training has been provided to poll workers. A part-time staff member assists for a couple hours each day as well.

Of course, those hours will increase once additional polls open, he said.

Cass County Clerk Beth Liming agreed there’s been a steady 300 to 350 voters at every day.

People’s early voting at the Cass County Government Building begins as soon as the doors open at 9 a.m.

“We’ve had people waiting almost every day,” said Liming. “The numbers are tremendous.”

About 1,500 mail-in ballots have come in, and more are out there, she said.

Voters still have time to request a mail-in, absentee ballot by the Oct. 22 deadline.

“We’re seeing a lot of first time voters. And I’m not talking 18-year-olds,” she said.

There have been a number of people in their 40s and 50s who’ve registered for the first time.

“I’ve never seen an election like this,” Liming said. “People are getting out there and voting, and that’s good.”

She did look into the 2008 records to see how may voted.

However, the new voting machines have been working well and without any hiccups, she said.

Liming thinks the real test will be when early voting opens at the satellite voting centers in the last week of October.

“We’ll see how lines are going then,” she said.

Outlying areas will be available for voting starting Thursday, Oct. 29.

Each of those locations also will be open for voting from 6 a.m. to 6 p.m. Tuesday, Nov. 3. This will be the only day that voters can cast a ballot at the Twelve Mile Community Center.