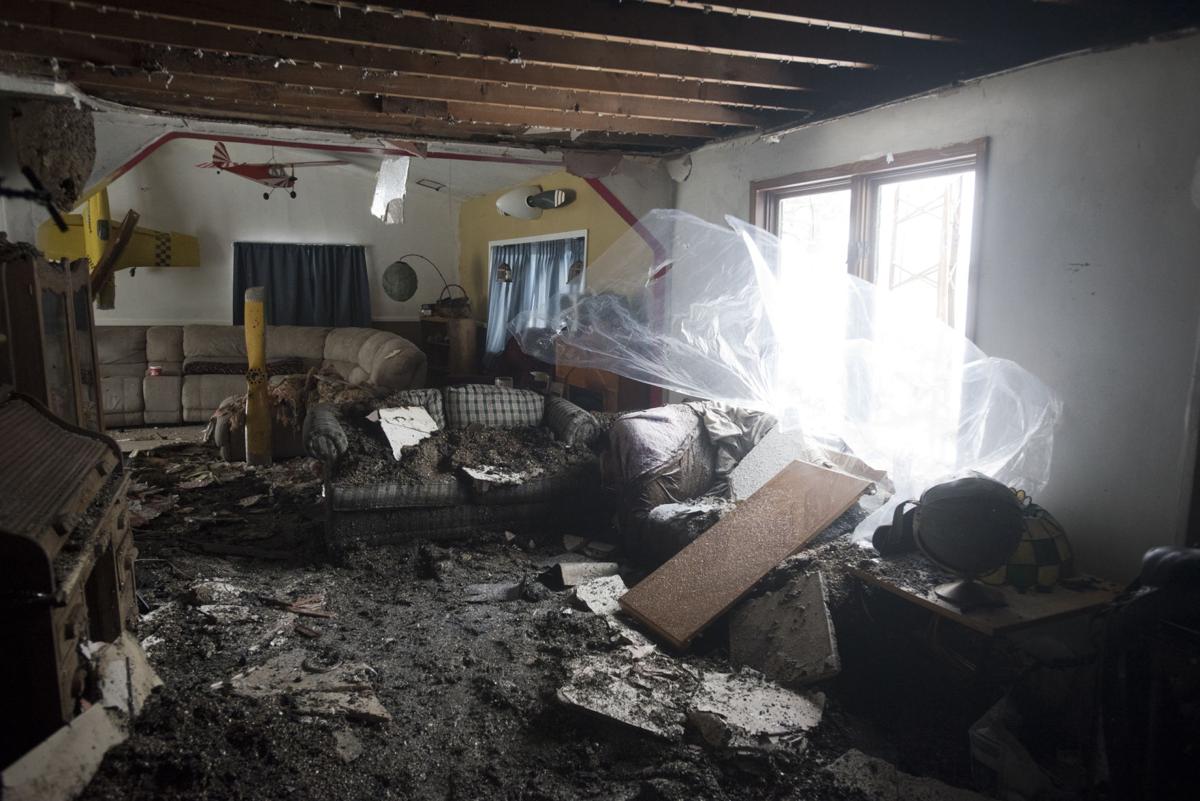 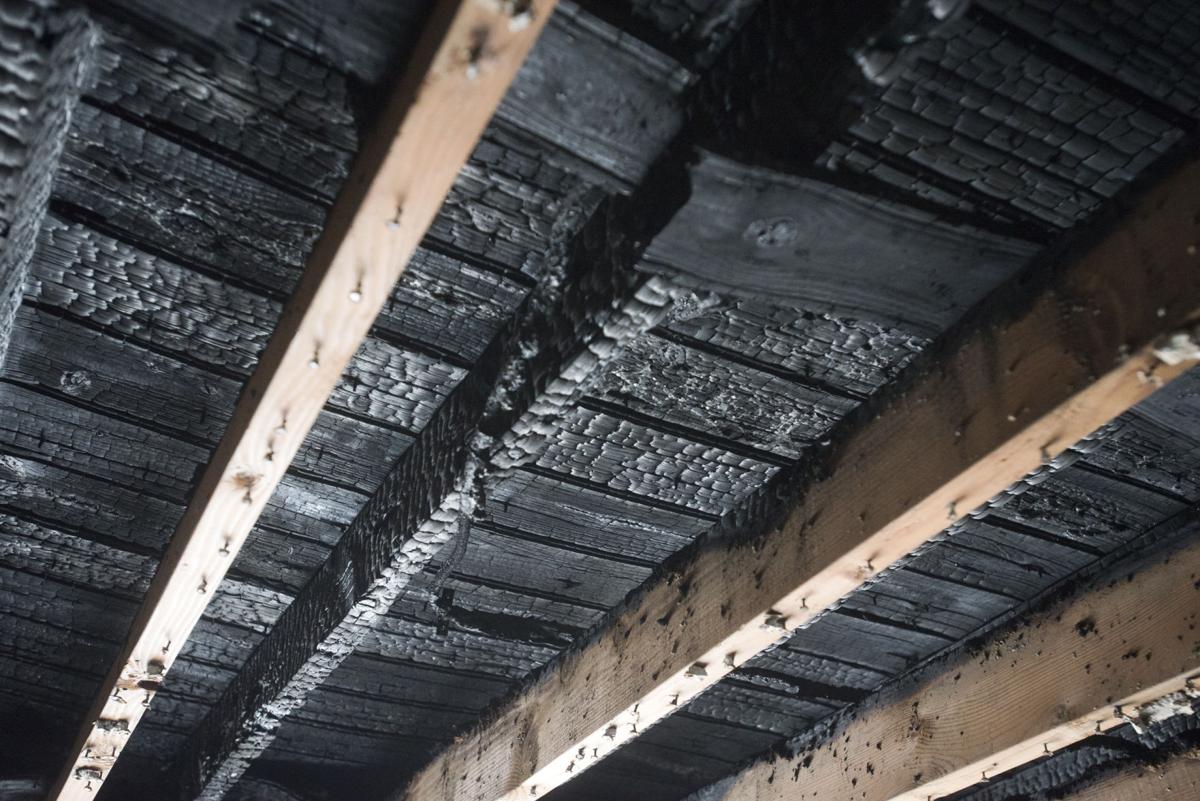 A chimney fire destroyed the roof and attic of the Walters’ family home.

A chimney fire destroyed the roof and attic of the Walters’ family home.

When fire engines arrived just before midnight on Tuesday, Maverick Walters was on the roof of his family home with a garden hose trying to save it.

Flames were poking through the shingles. At one point he thought he’d subdued it. However, a wind started up, fanned the flames and sending them through the roof again.

“He helped us a lot by containing it,” said Twelve Mile Fire Department Chief Pascal Moon.

Cass County Sheriff’s deputies who arrived at the home before the firefighters were trying to get him off the roof. “The first responders were screaming at me to get down,” Walters said.

No one was hurt in the fire. However, Walters saw the roof buckle after he got off and thinks he got off of it just in time.

Moon said the fire departments have some ideas about what caused the fire, but it is officially listed as undetermined.

Along with fire departments from Twelve Mile and Lucerne, the Cass County Fire District and Logansport and Royal Center departments came to help with the fire — as did an ambulance service that ending up being unnecessary.

“Excellent response — we got help from everybody we called out,” Moon said.

Because it’s a rural area, “When we call for water, we call for all the water we can get,” he said. They used about 15,000 gallons on the blaze.

Walters said that left about a foot-and-a-half of water in the basement.

However, he’s glad they saved so much of his home — where he’s lived since his family moved into it in 1961 — and irreplaceable items in it, like a roll-top desk and other heirloom furniture that’s more than 100 years old.

“I cried for half a day when I first came out in daylight and saw it,” Walters said. “For the first time in my life, I didn’t know where to turn.”

His friend, Ed Winegardener, who works in construction “walked in, looked at me and said, ‘it’s no big deal. It’ll be a lot of work,’” Walters said.

Winegardener told him the roof needs replacing, and the bank with his mortgage insured the house enough to rebuild.

On Thursday, Walters was continuing to remove heirlooms from the house and board up the windows. The floor was covered with three to six inches of ash and cinders, and the roof was covered in tarps to keep water and snow out.

The beams that were just above the ceiling were charred on top but looked untouched underneath. The furniture has some damage, but he’s restored antiques before.

“I can redo them. It’ll be redone. It’ll just take some time,” he said.

The business next to the house, Maverick’s Body Shop, is intact, and Logansport Municipal Utilities inspected it and turned power back on.

Walters believes the fire started after he and a friend staying with him, Robby Kilgore, used the basement fireplace for the first time in years. They checked the chimney before turning on the fireplace, and it looked clear, Walters said.

He believes that the fire started because squirrels stored nuts in the chimney, and that got between the flue’s layers. Before their bedrooms filled with smoke, he heard something that sounded like nuts falling in the area of the chimney.

Outside, they saw fire appear around the chimney, and that’s when Walters went after it with a garden hose.

After the fire was out, the Red Cross arrived around 4 a.m. with a card that would pay for a motel for the night.

Since Wednesday, Walters has gotten clothes out of the house and washed them, although they still smell of smoke, he said.

He’s staying with a friend, but his brother, Rusty Walters, who owns Walters Precision Collision Repair in downtown Logansport, has an apartment above the Bodyworks yoga studio where he will be able to live for awhile. Then his brother has another rental opening soon.

Except for not having the home’s contents insured, Walters believes he has what he needs and is waiting to work with the insurance company.

“The time being, we’ll get by. There are some good people in this world,” he said.

However, if anyone does want to extend help to Walters, he said they can contact Walters Precision Collision Repair at 230 E. Broadway at 574-753-6170.

Moon said people should take steps to ensure their own safety this winter.

“Everybody check their smoke detectors. It’s getting cold again,” he said.

People using fireplaces or wood-burning stoves should make sure their chimneys are cleaned and inspected and only burn dry wood. Portable heaters should not be operated by a string of multiple extension cords. And definitely don’t leave a heater running if you’re not home, Moon said.