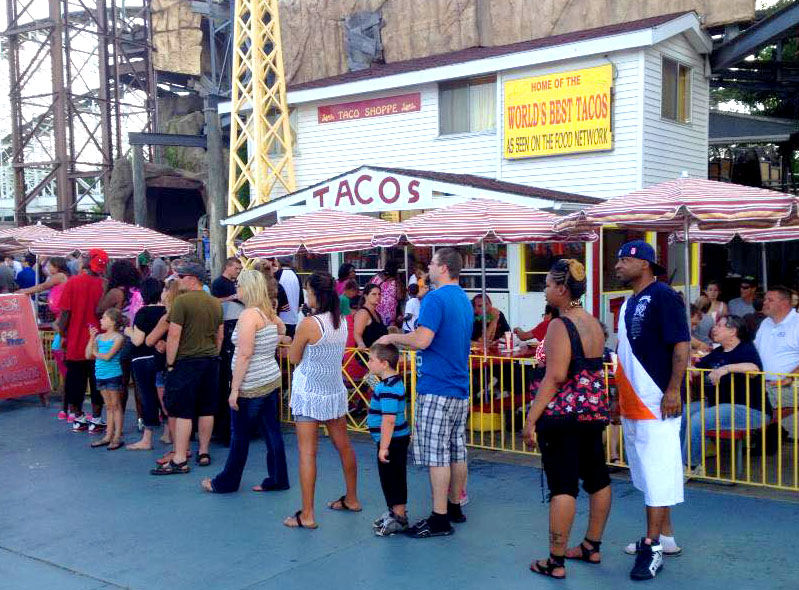 Patrons line up at the Taco Shoppe on the Indiana Beach boardwalk in this photo posted on the restaurant’s Facebook page. 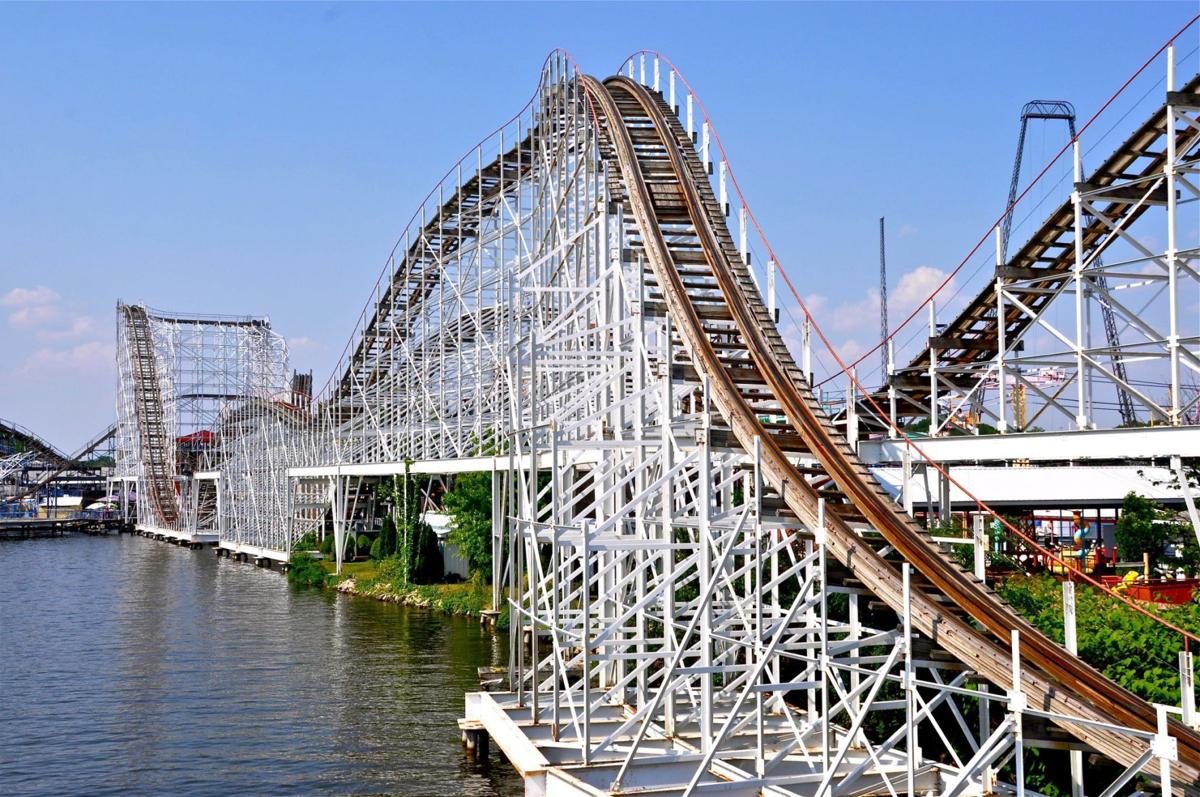 Indiana Beach’s new owner has announced a VIP event and other updates in advance of the park’s anticipated June opening.

Patrons line up at the Taco Shoppe on the Indiana Beach boardwalk in this photo posted on the restaurant’s Facebook page.

Indiana Beach’s new owner has announced a VIP event and other updates in advance of the park’s anticipated June opening.

Indiana Beach has set a tentative date for reopening and has announced that longtime favorite the Taco Shoppe is returning to the boardwalk.

The Beach officials have been teasing out details of its opening on social media, including making the announcement of the Taco Shoppe’s return at 1 p.m. Monday with Greg Johnson, owner of the long-time family business.

The Taco Shoppe had left at the end of last season after being at the Beach more than 30 years, announcing the departure in July 2018 and walking tacos out to the parking lot so customers didn’t have to pay admission price. The restaurant was once featured on the Food Network.

Indiana Beach’s opening won’t be the traditional Memorial Day weekend. The park announced a limited access VIP Grand Reopening Day scheduled for June 26, and the reopening for the general public is set for Saturday, June 27, according to a statement the amusement park.

The dates depend on how things open due to COVID-19 social distancing measures.

The campground owned by the amusement park will open at 12:01 a.m. May 24, but K.O.A. is not prepared yet, according a Facebook video on the Indiana Beach page.

In a Facebook broadcast, someone who identified himself as “Tom” said that all 2020 season passes that people bought from the previous owners, Apex Parks Group of Aliso Viejo, California, will be honored if people didn’t get a refund via their credit card company.

Apex had announced Feb. 18 that Indiana Beach would not open in 2020 and the company couldn’t find a buyer. But Indiana Beach Holdings LLC bought the amusement park in April after being in negotiations since shortly after Apex announced the closing. The company’s CEO is Gene Staples.

In the videos the new owners posted on the amusement park’s Facebook page, Tom said that ticket prices will be announced coming soon and he assumed that they’d be the same or similar to what Apex charged.

People have been asking online if there’d be less expensive passes for those just walking the boardwalk so they didn’t have to pay full price. Monticello residents were angry when Apex ended the ability to go to the boardwalk and its restaurants without paying admission.

In one of the Facebook videos, Tom said that one merry-go-round was gone but one remained and that most everything was still there. Maintenance is there every day working on the rides, he said.

The Shafer Queen paddleboat is getting repainted and the iconic “Fascination” game is once again ready to roll.

To be eligible to get in the first day for the VIP opening, people are required to buy a paver brick for the “Road to 100 Years” project.

“Space to this event will be extremely limited,” the official statement read.

A 4-by-8 inch brick is $75 without the VIP package and $169 with the package, and an extra $30 for “an exact duplicate of the brick that you are purchasing from your organization, with the addition of felt backing,” according to the email sent by the park.

“All proceeds from this initiative will go directly to infrastructure improvements throughout the amusement park, as well as the campgrounds,” it continued.

The VIP package includes two tickets to the event, the chance to see the park before anyone else, live entertainment and music, access to rides and more.

There will also be an 8-by-8 inch paver available for businesses that comes with four tickets, Tom said. Pricing for that option was not give.

He also said that Indiana Beach is working on more benefits for the VIP program. The pavers will go in later this year, he said. The order form for pavers can be found at https://www.bricksrus.com/donorsite/indianabeach.

The “Road to 100 Years” project is for the approaching anniversary of the park, and the bricks are this year’s fundraising effort, according to the statement.

All lodging for the park will be open for reservations starting May 24, about a month before the park itself opens, the official announcement stated.

The amusement park is also hiring, according to its revamped website at http://www.indianabeach.com

The site also has a “coming soon” post that promises information on daily tickets, season passes and season memberships.

Indiana Beach officials and the new owner, Gene Staples, have not responded directly to emails for an interview with the Pharos-Tribune.