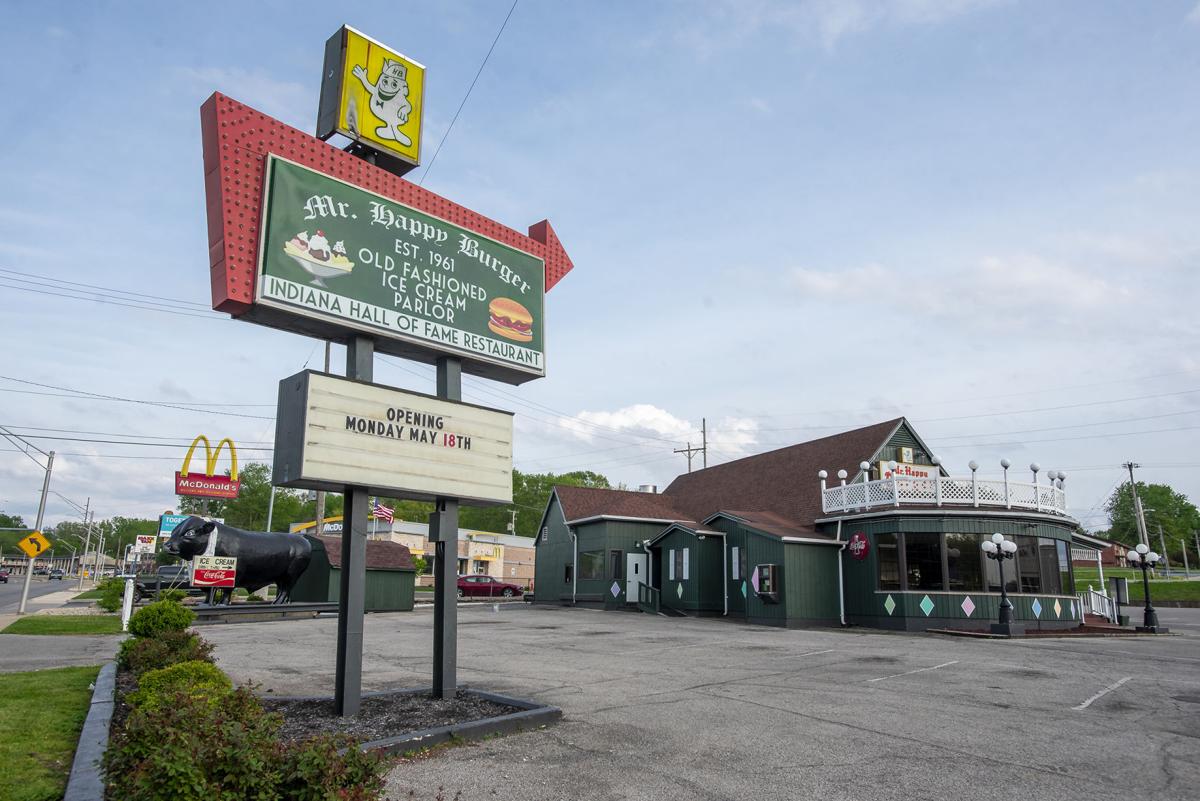 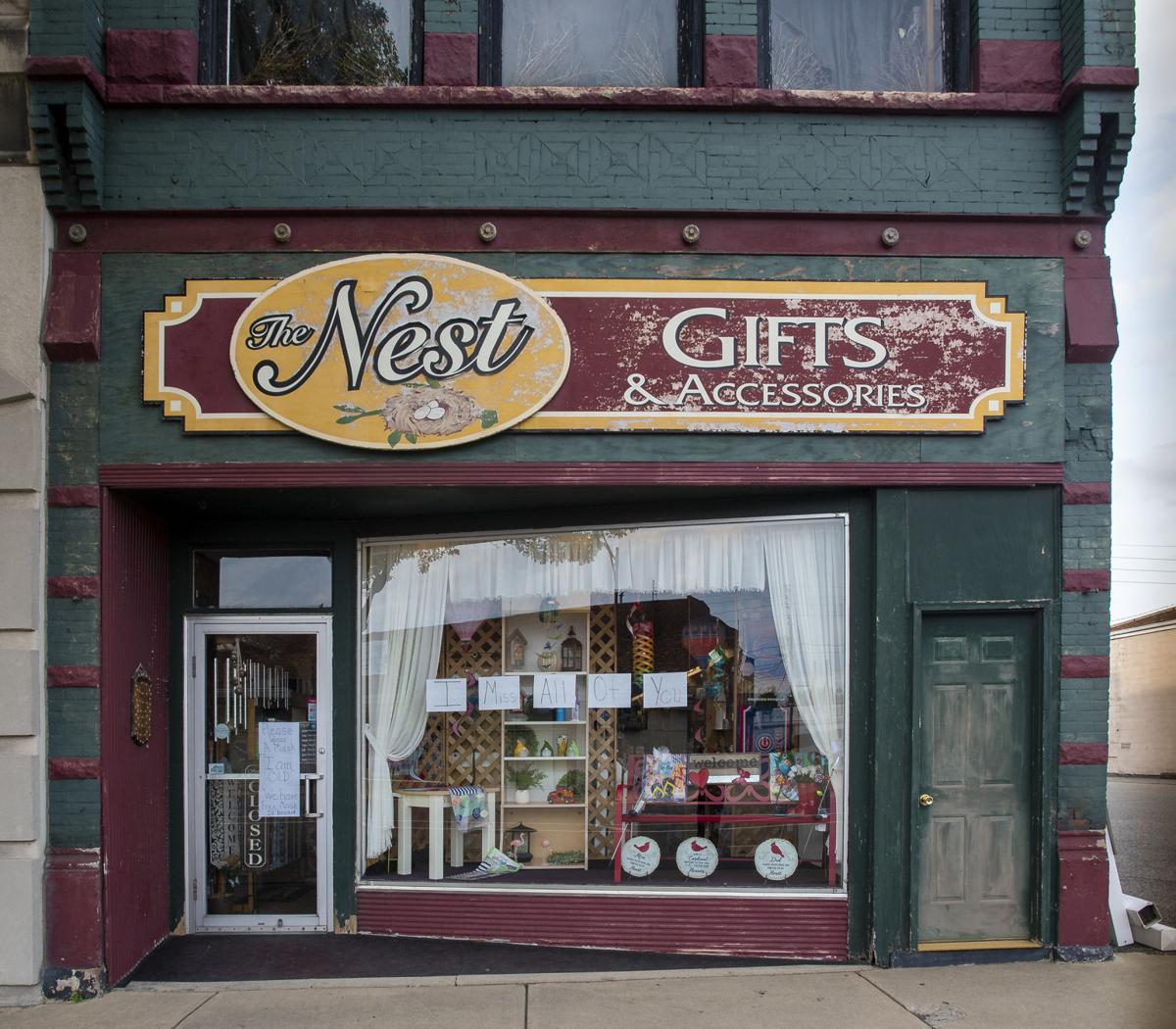 The Nest is set to reopen today. 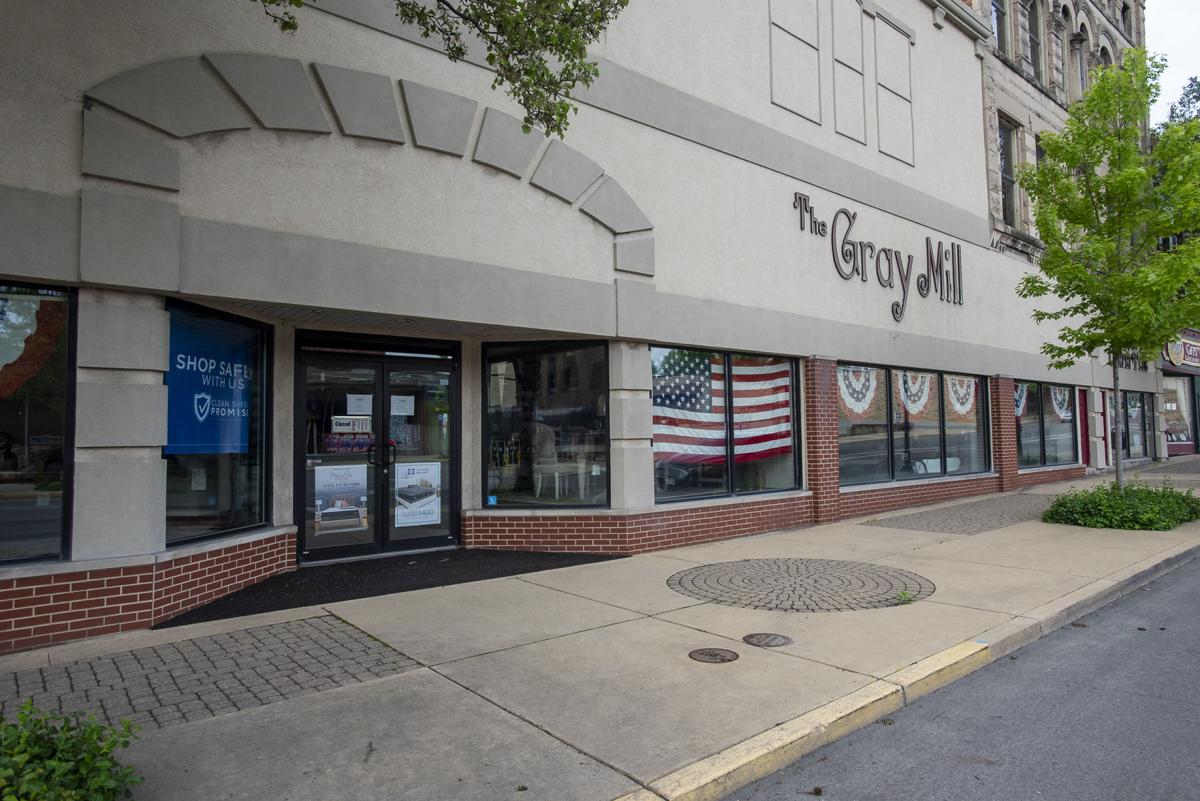 The Gray Mill is ready to reopen as coronavirus restrictions begin to be lifted. 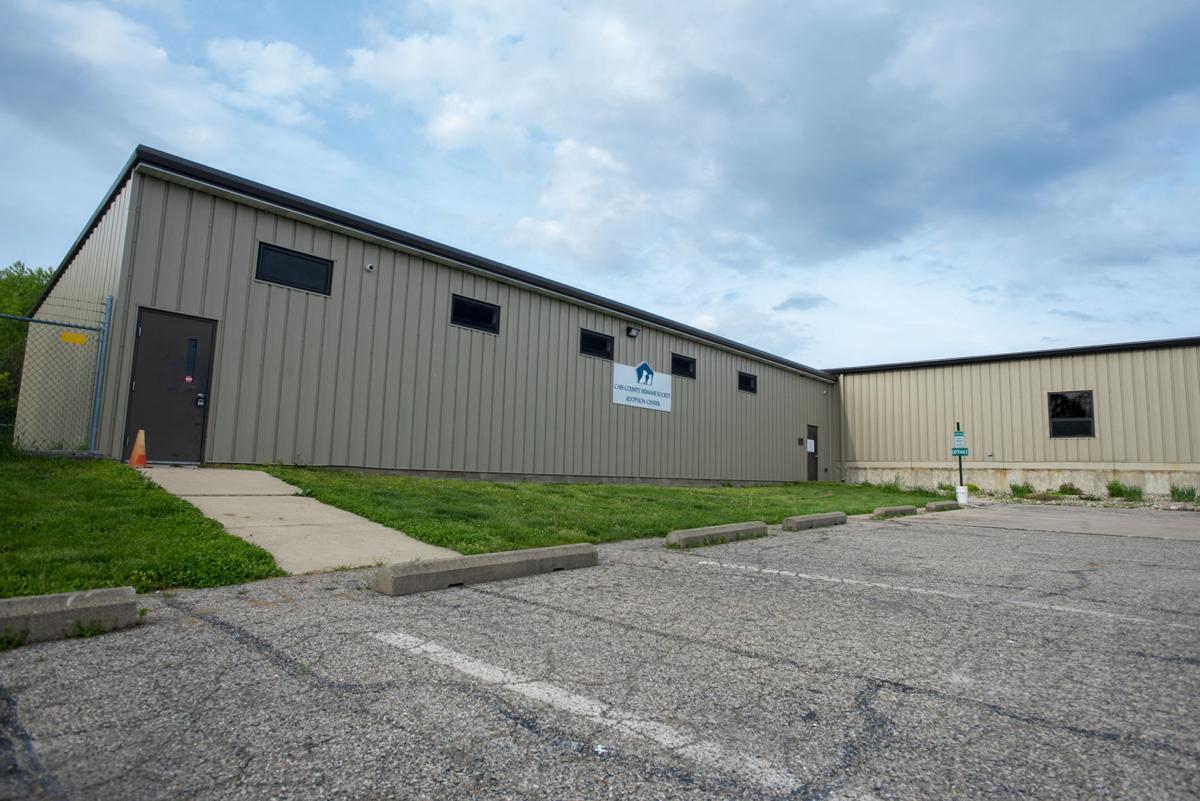 The Cass County Humane Society will be open to the public starting today. Tony Walters | Pharos-Tribune 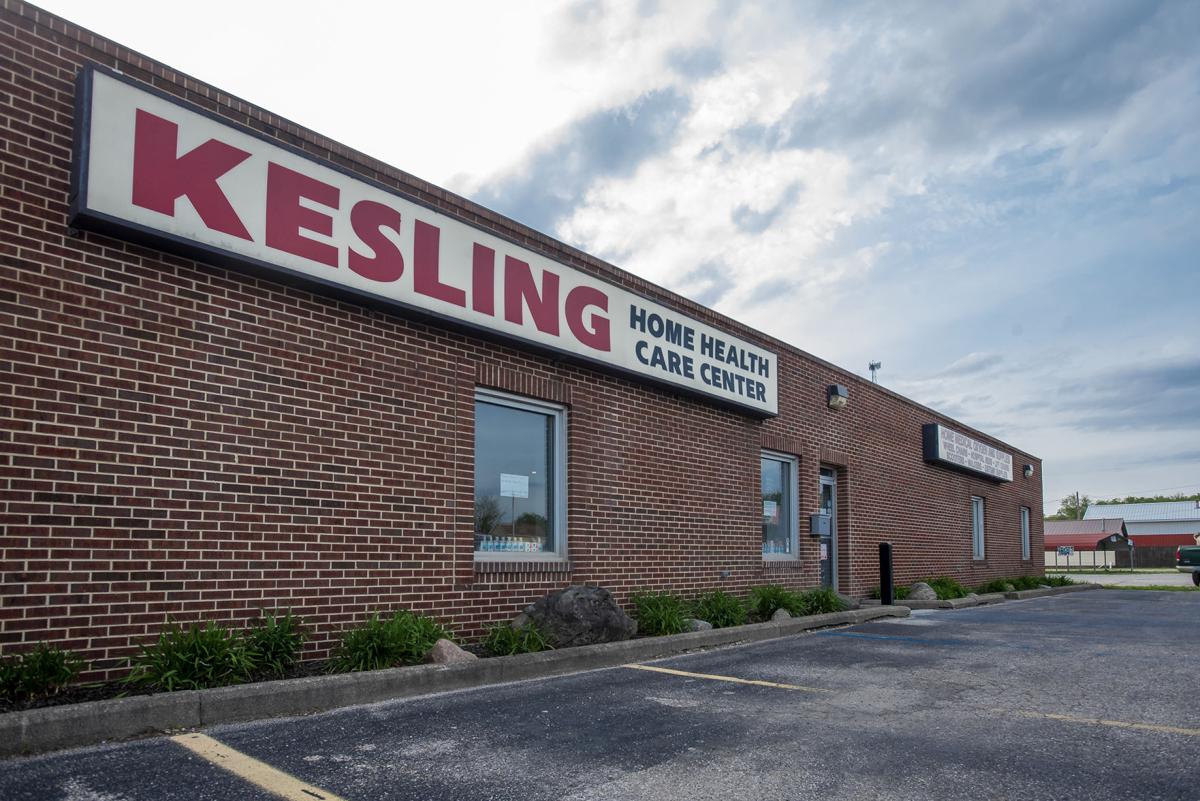 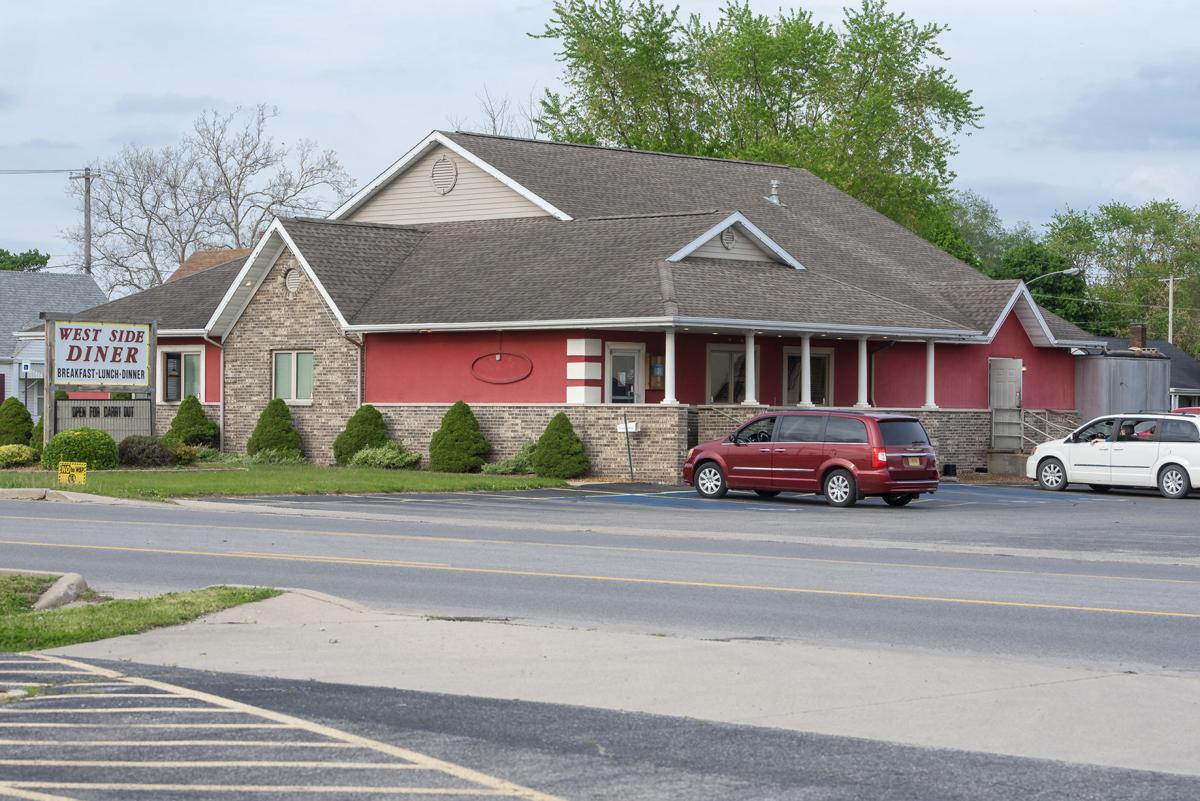 West Side Diner had already been doing carry-out, but is now reopening the building to the public. Tony Walters | Pharos-Tribune 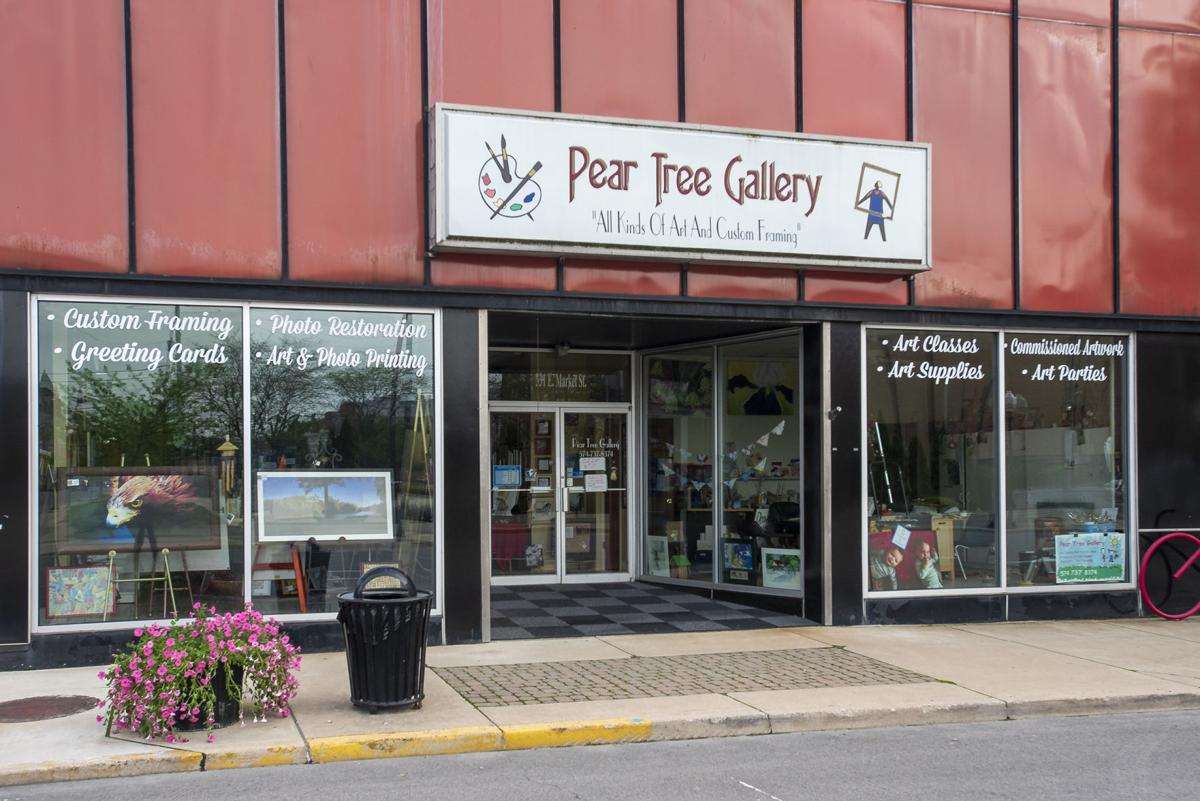 Pear Tree Gallery at Fourth and Market Streets is among the local businesses set to reopen today. Tony Walters | Pharos-Tribune

The Nest is set to reopen today.

The Gray Mill is ready to reopen as coronavirus restrictions begin to be lifted.

The Cass County Humane Society will be open to the public starting today. Tony Walters | Pharos-Tribune

West Side Diner had already been doing carry-out, but is now reopening the building to the public. Tony Walters | Pharos-Tribune

Pear Tree Gallery at Fourth and Market Streets is among the local businesses set to reopen today. Tony Walters | Pharos-Tribune

Today is the day that many Cass County business have been waited for over the last two months.

Cass County opened to Stage 2 of the Back on Track Indiana plan, the state’s blueprint for easing out of COVID-19 public restrictions, two weeks later than most of the state.

“I can’t wait until Monday,” Nikki Reid, owner of The Nest gift shop at 510 E, Broadway in Logansport, said on Friday. “I’m a people person. That’s why I’m in retail, and when you don’t have people, it’s sad.”

Like many business owners, Reid has been adapting. She’s been going out to customers’ vehicles to deliver ordered goods.

“I have done curbside, but you don’t get to interact,” she said.

Much of her business is getting to know customers.

Under Stage 2, the number of people that can meet in groups will increase from 10 or fewer to 25 or fewer, and face coverings are still recommended.

That means restaurants and retail stores (besides essentials like grocery stores that remained open) can resume operations at half capacity, while personal service providers like barbers can resume within a week.

Churches can convene under guidelines, but bars, clubs, gyms and entertainment can’t yet.

Manufacturing can increase from just essential factories operating to all manufacturing resuming business while following restrictions.

A state graphic about what can open is available at https://backontrack.in.gov/2348.htm.

To prepare for the reopening, Reid has had her doors open to air out and has been cleaning. On Monday, she plans to have wipes, sanitizer and plastic gloves for customers.

“I will wear a mask, and hopefully they will, too. I just think we need to be cautious,” she said.

She’s concerned about a flare up of the virus.

“We never really closed, though. We met people as needed,” said Ethan Kesling.

They plan to continue curbside service to customers, although for things that must be done in-store, like shoe fittings, everyone will wear masks. They’ll handle walk-ins as case-by-case.

Many of Kesling’s clients are at risk, either by age or with respiratory problems, requiring CPAP machines and oxygen tanks.

“That’s why we take this very seriously,” Kesling said.

The Gray Mill at 500 E. Broadway has been open by appointment, unadvertised, but is officially reopening Monday, said co-owner Mike Graybeal.

They plan to have masks, as they did for appointments, and hand sanitizer, and things will be wiped down frequently, including after every use or touch.

The carpet part of the business was considered essential, and many people needed beds and mattresses, and freight came in.

“It’s kind of been typical work except any business we’ve been doing has been over the phone or email or computer” with much business done through Facebook, he said.

He’s not sure how much of that will continue and how much will go back to traditional ways.

Businesses that closed did it for different lengths of time, some since Gov. Eric Holcomb’s orders March 23 or earlier, while some stopped for two weeks after Cass County’s positive test rate increased, putting it into the country’s top ten infection rates per capita.

“We’ve been closed to the public since all this started,” said Shelter Supervisor Brock Fultz at Cass County Humane Society.

All rescue animals were pulled and went to places in Wisconsin, Illinois and Valparaiso, leaving them with just a few. When they start adopting animals Mondays, Wednesdays and Fridays by appointments from 10 a.m. to 2 p.m., they will have two dogs and six cats available.

COVID-19 restrictions haven’t been a hardship, but cleaning supplies like bleach and Dawn are low because they’ve been cleaning as much as ever, Fultz said.

“It’s been kind of a nice little break for us, but now it’s time for us to get back to work,” said Manager Sherry Van Soest.

Customers appear to be ready, too, because the phone rang constantly with people wanting pizzas while she prepared.

Although all restaurants could remain open for pick up Mr. Happy Burger east closed “for the safety of the help, she said. “I have a lot of older help. And then there were the kids.”

The east end restaurant is not just relying on 50 percent capacity. They’ve installed plexiglass by the ice cream counter and register. The salad bar and soft drink refill station will remain closed, and Van Soest’s not sure whether salad bars will ever reopen.

Mr. Happy Burger West will remain closed because construction on Market has caused issues, she said.

“We closed for two weeks there when those numbers spiked up from Tyson,” owner Terry Balough said.

He was concerned for both employees and customers.

West Side had carry out since March 17. However, business was down about 80 percent.

“It wasn’t near enough to even pay the bills. [But] we had to try something,” Balough said.

“You must wear a mask when you come in [and take it off at the table] and there will be a table with sanitizer at the front door and we encourage everyone to sanitize their hands upon entering. All of our staff will be required to wear a mask when interacting with the customers, and only one waitress will be attending to a table from start to finish. Every employee will be given a Covid-19 screening before being allowed to work their shift. After the customers leave a table, it will be sanitized before reseating it and all common surfaces will be kept clean and sanitized,” the post states.

“Our customers have to know that they can trust us to keep them safe,” Balough said. “I hope everyone understands.”

He thinks 50 percent capacity won’t affect the breakfast or lunch crowds because the restaurant can still 75 patrons.

“We have one of the larger dining rooms in Logansport,” he said.

But it will hurt Friday night and Sunday dinner crowds.

Reid said that for most retail business, like The Nest, the owners can’t recoup loses but hopefully can make it up a little and keep going.

Van Soest is keeping an eye on cost and accessibility of meat and food supplies for Mr. Happy Burger. She expects increased costs.

Beside businesses, the Logansport Parks Department is also opening up slowly. The parks department also started accepting credit cards last week and has gone computerized for registrations. However, Parks Administrator Jan Fawley said that opening dates could change to later or earlier, depending on the state.

The retirement home has been closed since early March, and the residents are tired of not being able to leave and are looking forward to seeing grandkids and great-grandkids, she said.

The nurses, housekeeping and kitchen staff coming in have used masks and gloves (housekeeping used gloves even before the pandemic), and Neal Home staff will remain cautious for its residents.

They plan to follow state rules, including if Holcomb changes those rules.

Cass County will likely continue to reopen a few weeks behind the rest of the state.

Although the Cass County Commissioners issued a statement last week that after Monday, the county will proceed to open at stages 3, 4 and 5 at the same time as the rest of the state, they don’t have the authority to change what the state decides.

Holcomb said during a COVID-19 press conference that his office is reaching out to Cass officials and the county and state health departments are working together.

Indiana Health Commissioner Kristina Box also advised caution and had more concern about a long term care facility, such as a retirement home, having an outbreak in Cass.

“I really think that they have, at this point, [reached] their peak but we do want to continue to open things on a slow and steady, gradual timeline,” she said.