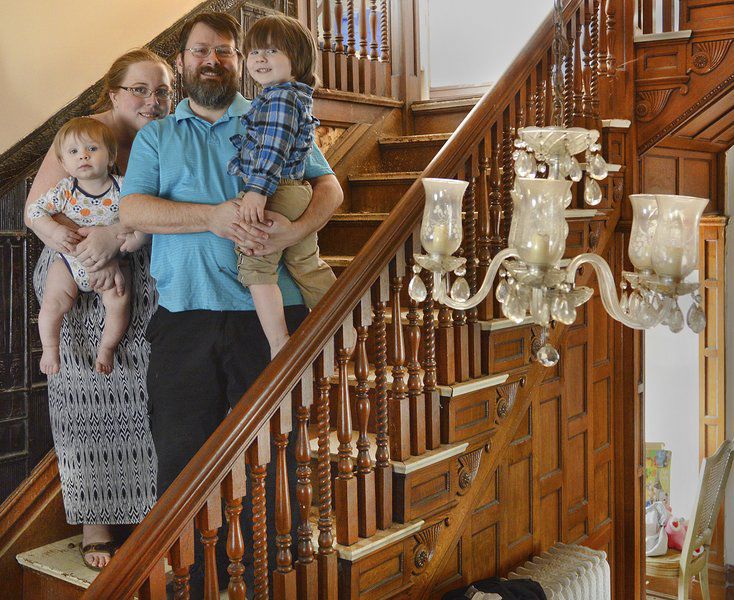 Eric and Tia Justice with their children, Ethan, 3 and Lucas, 11 months, are renovating the Greensfelder mansion in the 800 block of East Market Street in Logansport. The home has striking vintage architectural details inside and out, including the dramatic woodwork in the entrance foyer. 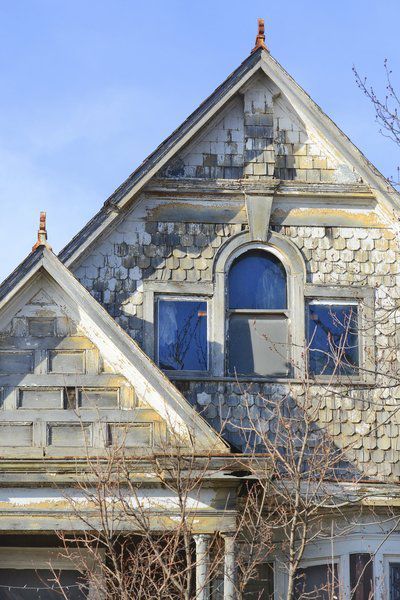 Exterior of the Greensfelder mansion. 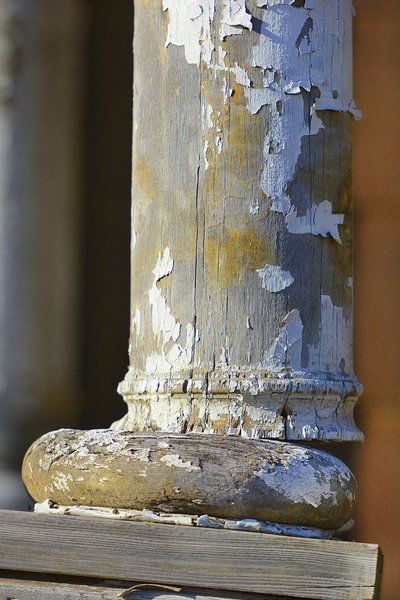 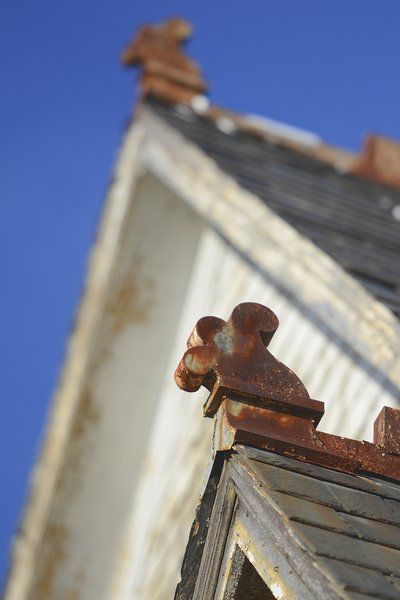 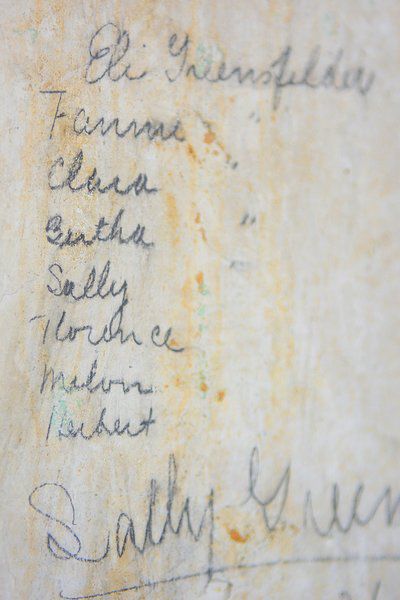 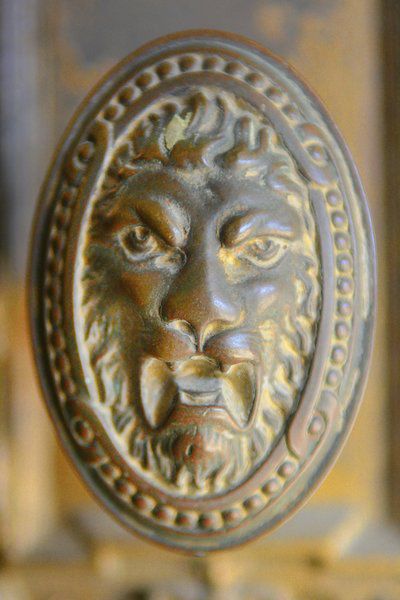 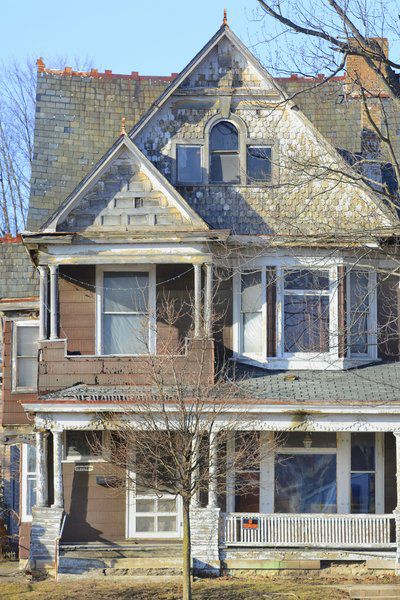 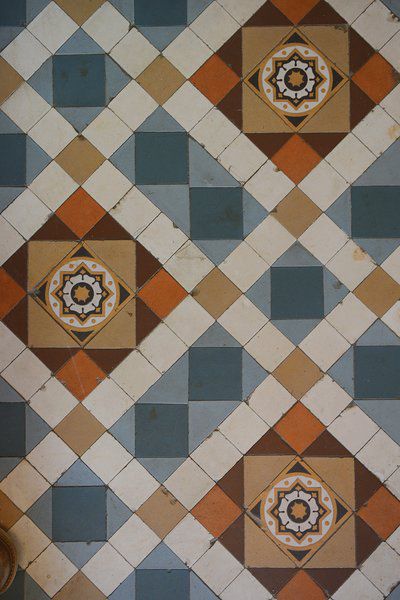 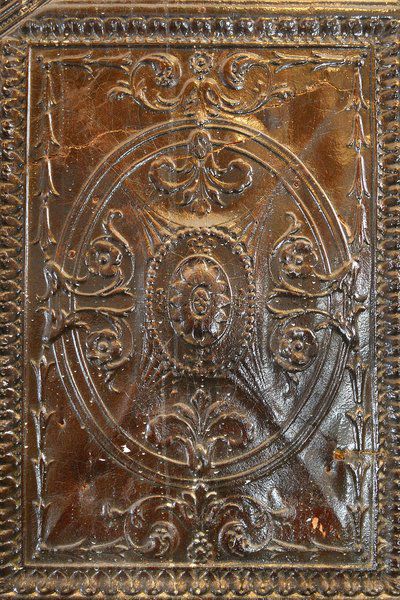 Wainscoting along the foyer walls. 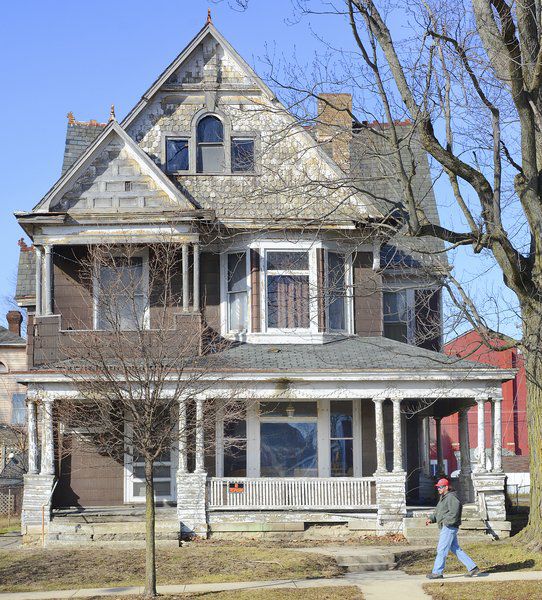 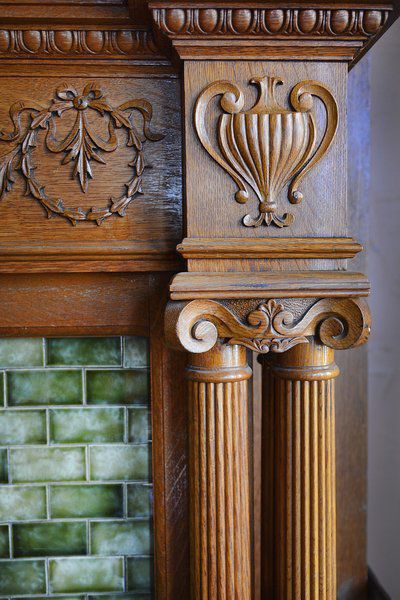 Eric and Tia Justice with their children, Ethan, 3 and Lucas, 11 months, are renovating the Greensfelder mansion in the 800 block of East Market Street in Logansport. The home has striking vintage architectural details inside and out, including the dramatic woodwork in the entrance foyer.

Exterior of the Greensfelder mansion.

Wainscoting along the foyer walls.

Eric and Tia Justice, who seven months ago lived in West Palm Beach, Florida, said "never in a billion years" did they think they'd be moving into a historical Logansport mansion with plans to restore it.

But that's exactly what they're doing in their new home in the 800 block of East Market Street.

The couple came to own the home through what they described as fate and their fascination grew as they continued to discover more history throughout its three floors. They've also become well acquainted with the challenges the 115-year-old house poses as they set out to preserve a piece of history in the town they've now decided to call home.

The house is known as the Greensfelder mansion for the family who had it built in 1902. The Greensfelders opened a men's clothing store downtown in 1873 that remained in business for over a century.

So how did a couple from Florida and their two young sons end up in the house?

"If you believe in it, it had to be a higher power," Eric said.

Last July, Eric, an electronics engineer, and Tia, a graphic designer, photographer and horse owner, left their home in West Palm Beach with plans to buy a feed store near where Eric grew up in Missouri, Eric said. In the interim, they stayed with friends they were visiting in Fort Wayne. A broken truck part temporarily prevented their departure for Missouri and the ensuing wait lasted long enough for them to fall in love with the Fort Wayne area, erasing their feed store plans entirely.

But their attempts at securing historical homes to move into in the area didn't work out, they said, until one day one of Tia's friends told her about a listing online for one not far away in Logansport.

"As soon as I walked in the house, I went, 'This is it,'" she said of the Greensfelder mansion. "...It just felt right."

Perhaps it felt right because of the house's lead glass windows. Or it could have been its original wainscoting, the bunk-filled basement servants' quarters, the third-floor ballroom that spans the length of the mansion, a butler's pantry with its built-in closets that once held silverware and linens, or the original walnut woodwork throughout the home.

Carved into the parlor fireplace's mantle are ornate griffins and fleur-de-lis.

"The woodworking in this home just absolutely blows my mind," Tia said.

The master bedroom still has its original built-in his-and-hers closets.

"It's incredible because you just don't see this degree of workmanship and craftsmanship in homes," Tia said, opening a closet door and admiring the enduring carpentry.

Images of the sun depicted in floor tiles in the house match those on depression glass decanters that the Greensfelders would have used to store wine.

"They were some seriously classy dudes," Tia said.

Handwriting on the wall of a second-floor room dated 1904 lists the names of several Greensfelder family members.

"It's like a little time capsule right on the wall," Tia said, adding she intends to preserve the list for years to come by framing around it.

But along with all the mesmerizing historical features come plenty of challenges.

"Unfortunately this house is suffering from about 25 years of neglect," Eric said.

"It's going to cost some time and some energy and a lot of scaffolding to go ahead and repair all of this," she said.

Fortunately, Tia said, they'll be able to address the necessary restorations with a slight advantage.

"The house is structurally sound, which is incredible," she said.

Walls throughout the house are in need of replastering. They've already started carefully removing floor tiles so they can be cleaned before being put back.

The Justices have also begun delicately removing layers of paint to expose the floral-patterned velvet flock wallpaper in the mansion's library.

More paint-removing plans are in store to return a bathroom's clawfoot tub to its original appearance. They intend to do the same to the parlor ceiling, revealing what they say may be an overhead mural.

A window replaced the French doors that once separated the second-floor master bedroom from a balcony on the front of the house. Tia said French doors will return and the balcony will be restored.

They'll swap the linoleum in the kitchen for flagstone flooring, Tia said. A porch added onto the kitchen in the 1920s will go, she continued, so that one built with stone can go in its place.

Tia said the gingerbreading on the house's exterior, much of which is rotting, will come down. She added she and a friend will use the intact pieces to create plaster replicas that will redecorate the roofline. Then she'll hand-paint and keep the unharmed originals, she said.

The asphalt siding, much of which is damaged on the house's west side, will be replaced with fiberboard siding. Tia said it will look just like wood siding while holding paint better and standing up more to weather and time.

Eric and Tia also want to replace the concrete walkway in the front yard with cobblestones leading up to stone slab stairs that rise up to a rebuilt front porch.

"She'll shine again, she really will," Tia said of the property.

The Greensfelder mansion was on Logansport Landmarks' list of most endangered properties last year.

"I think anybody who buys an old house, from the minute they start, are in over their heads, but we always seem to persevere," he said. "...Fortunately for them, the house has really good architecture and good bones."

For the Justices, the endeavor represents just part of what they hope to contribute to Logansport's historical preservation and community-wide improvement, Tia said.

"I plan on doing everything I can to help Logansport," she said. "It's my home now."

The circa 1902 Greensfelder mansion on the 800 block of East market Street, in Logansport, has been bought by a family who plans to renovate i…