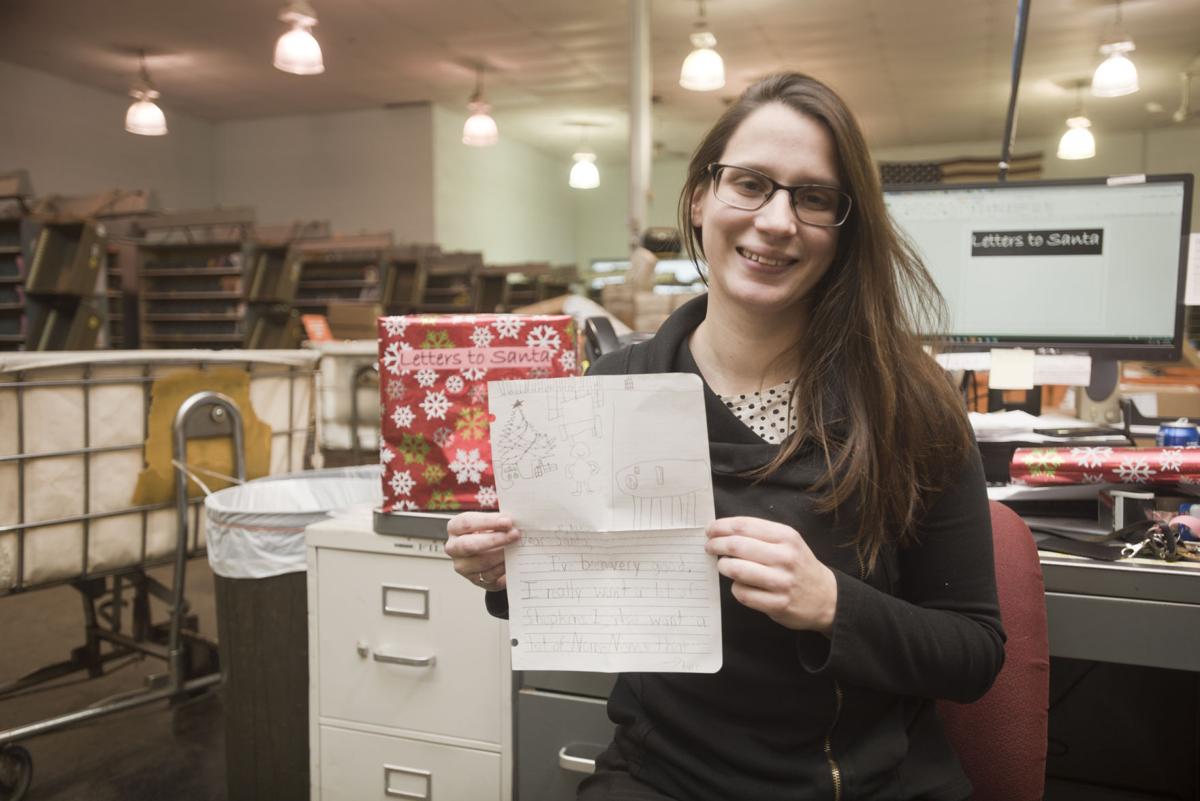 Allison Culross acts as Santa’s little helper, making sure that all the letters find their way to the North Pole. 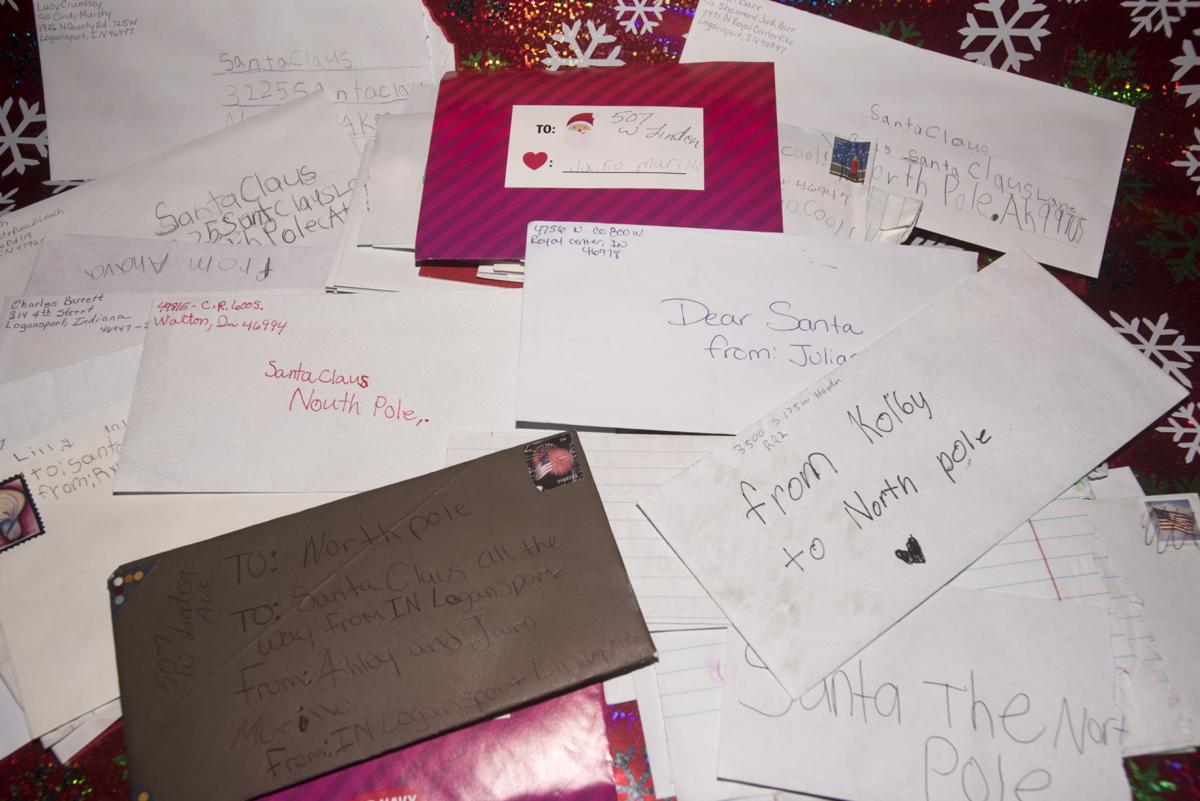 Letters to Santa can also be dropped off at the local post office. 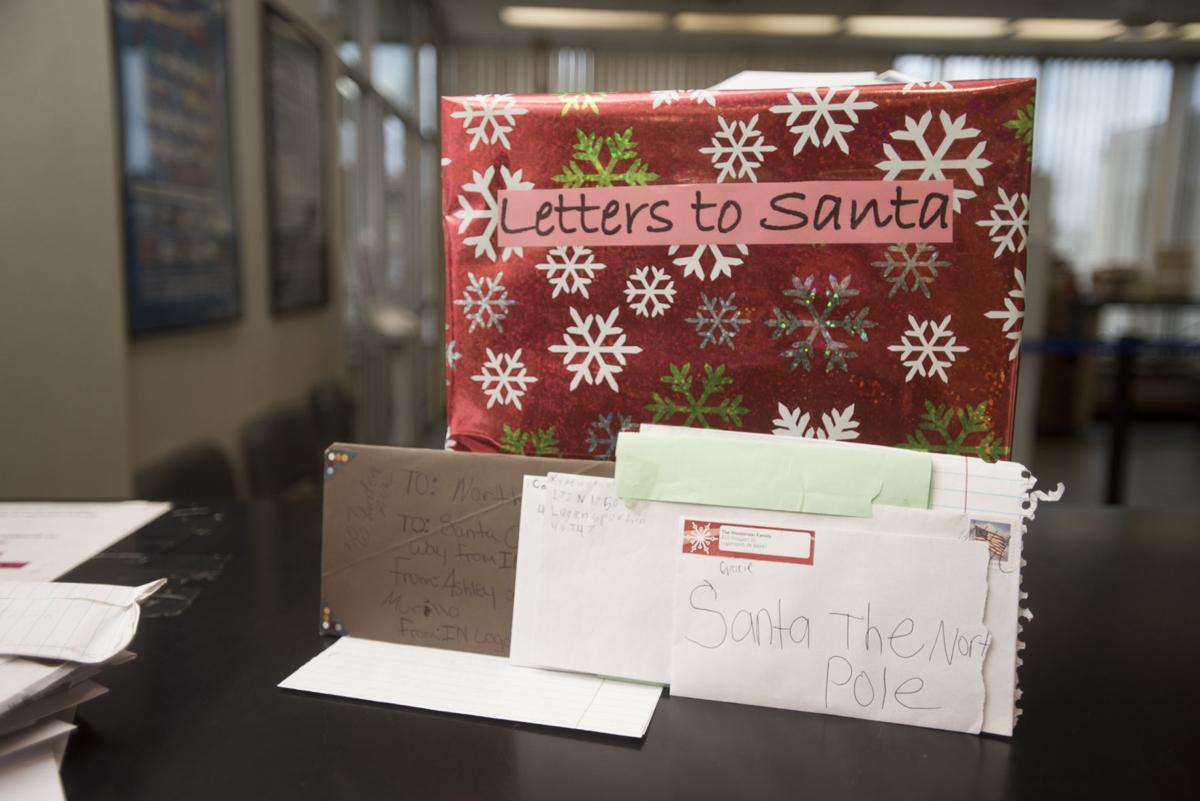 Letters to Santa can be placed in this box at the post office. 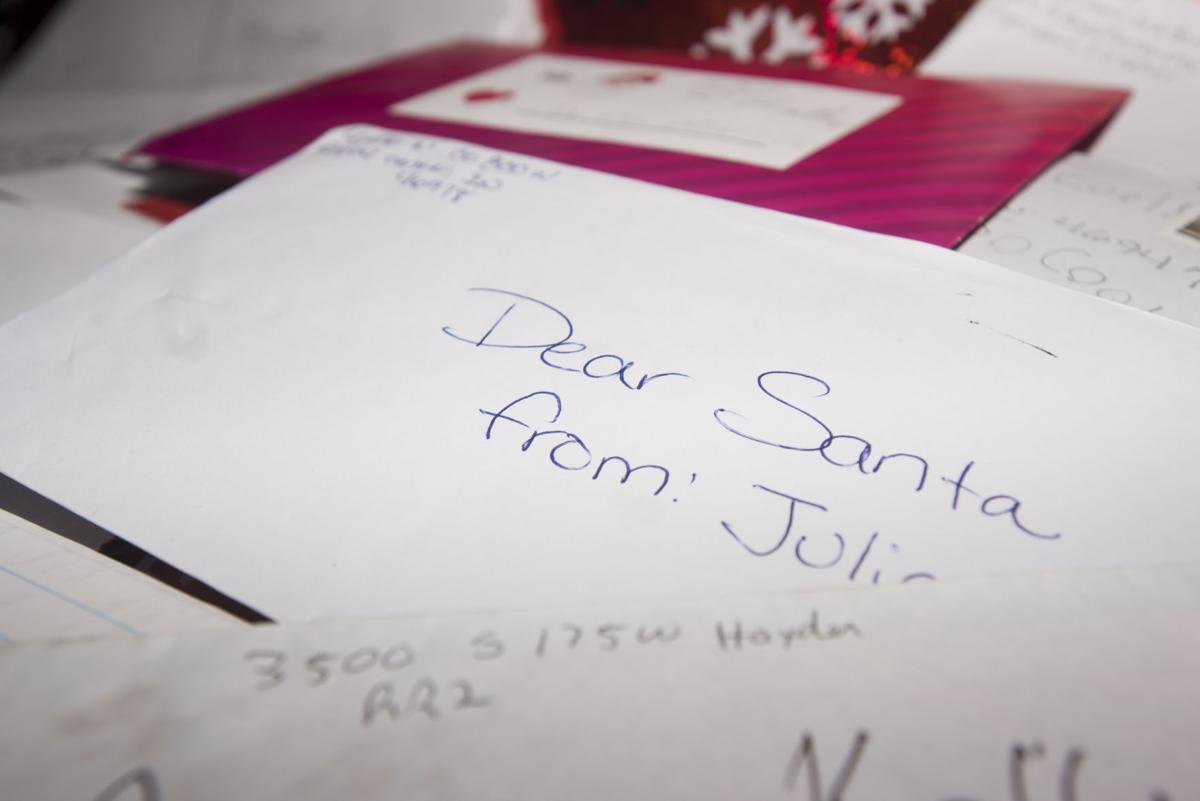 It’s that time of year again — when kids send out their letters to Santa.

Allison Culross acts as Santa’s little helper, making sure that all the letters find their way to the North Pole.

Letters to Santa can also be dropped off at the local post office.

Letters to Santa can be placed in this box at the post office.

It’s that time of year again — when kids send out their letters to Santa.

Letters to Santa Claus started coming into the Logansport post office the Wednesday before Thanksgiving.

Santa’s helper this year is Allyson Culross. She says the post office received four of them that day, and the inflow is starting to pick up as December continues.

Culross will make sure each child gets an answer, as she has done for the previous two years.

“I do enjoy it,” she said. “I like to think it makes them excited that they get a letter back.”

The only thing she needs is a return address and a child’s first and last names written legibly, she asks parents to remember.

The letters come in from different places. Some are simply mailed in as usual letters are, some are taken from mailboxes by carriers (who make sure to write the return address on them) and some come from a special box in the post office’s lobby where kids can drop off their letters.

Culross said that becoming Santa’s helper was a sort of immediate thing.

It happened when she began working at the Logansport Post Office in November 2017, and the previous helper had gone on to become postmaster in Rossville. Culross doesn’t know how long her predecessor had served as a helper.

Last year, she also received a bundle of letters from a first grade class at Pioneer Elementary School and made sure each one got answered.

Most of the individual letters come in addressed to “Santa Claus, North Pole,” but some get more specific.

She’s not sure where they get those addresses, be she assures senders that they will make their way — and, letters don’t even need a stamp to go to Santa and get an answer.

Culross also keeps a log of the letters that come in and whether they’ve heard back from Santa yet.

“I try to get every letter answered,” she said.

Sometimes she gets more than one letter a year from a child, so it’s good to keep track.

She also keeps copies of the letters from her two previous years as a helper.

She stresses that the parents should make sure that their children’s full names and addresses are clear for her. “Some are just completely illegible,” she said. “Or their mom will write it. You can tell.”

One had no address on it but did have an email on the back of the paper it was written on. She contacted that person, and it turned out it was his daughter who’d sent it. So Culross was able to get a Santa letter to her that time.

Most of the letters for Santa are lists of toys.

And sometimes they tell their gender, as in “I’ve been a good girl all year,” and that helps Culross.

One wrote that their baby brother has been good this year, too.

Another stated, “I’ve tried to be good this year” and “I not trying to be demandending” (even the legible ones have some words that don’t necessarily follow standard grammar and spelling).

Culross can also see what’s popular each year, and Descendants toys (from the Disney television series) have already been requested, and LOL Surprise toys continue to be big.

Someone wrote, “I want a toy blaze and a toy Dory. I have been ornery, but nice most days.”

The letters are often decorated with stickers and drawings, and sometimes they come with matching envelopes.

“You can tell when they’re siblings,” she said, pointing to two almost identical envelopes (including the scrawled address) with the same last names out of the four letters she’d first gotten this year.

Although some post office Santa’s helpers can get some sad letters — like those asking for a job for a parent or hinting at troubles at home — so far Culross hasn’t seen anything beyond the usual wish lists this year.

“I haven’t gotten anything that sad yet,” She said.

But she is prepared and would report anything suspect or worrisome.

“I would try to get that taken care of,” she said.

The post office is also starting a new program this year for Santa letters, similar to an Angel Tree program. Letters posted at www.uspsoperationsanta.com are available for public viewing, and people can “adopt” a letter from an individual child or from a family. People who want to give a gift for a child can also search for ones in their area.

This is the first time that Culross has had an article written about her role in helping Santa respond to letters. She expects they’ll be more coming in this year because of it.