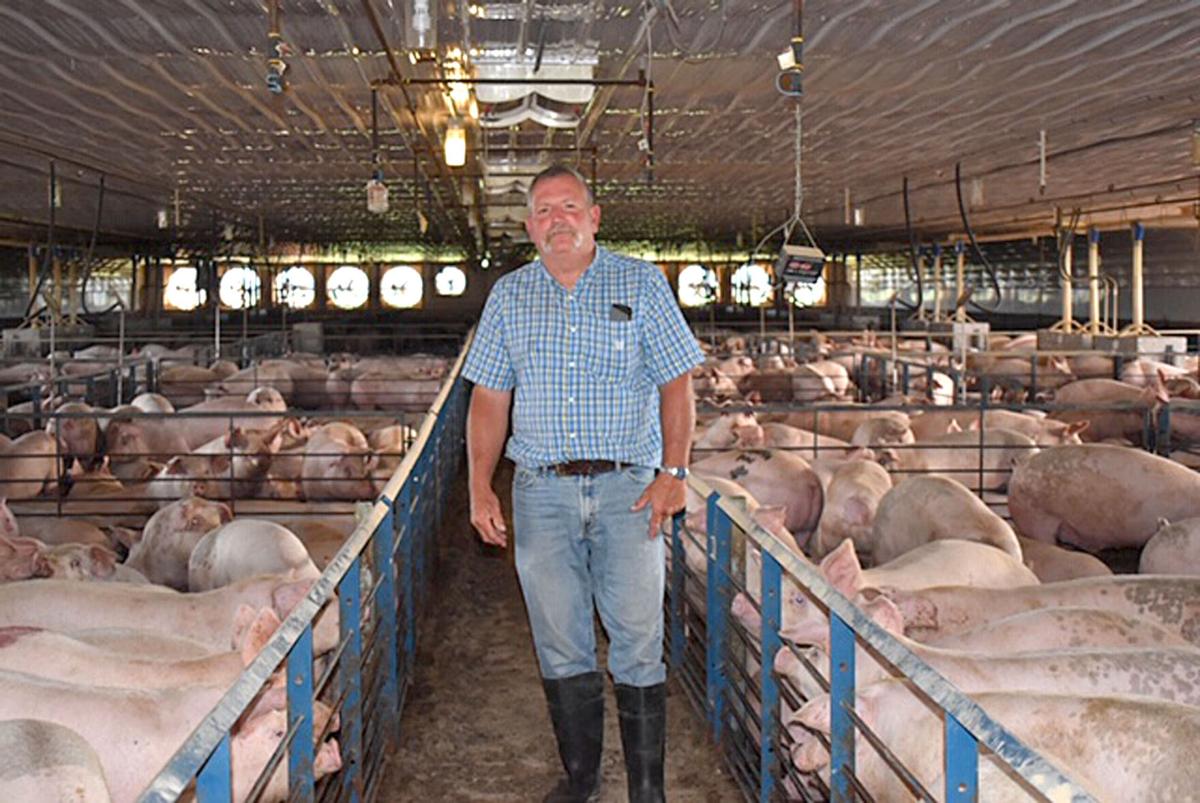 Tom Ulerick entered the hog raising business recently, but he and his family have spent their lives farming. 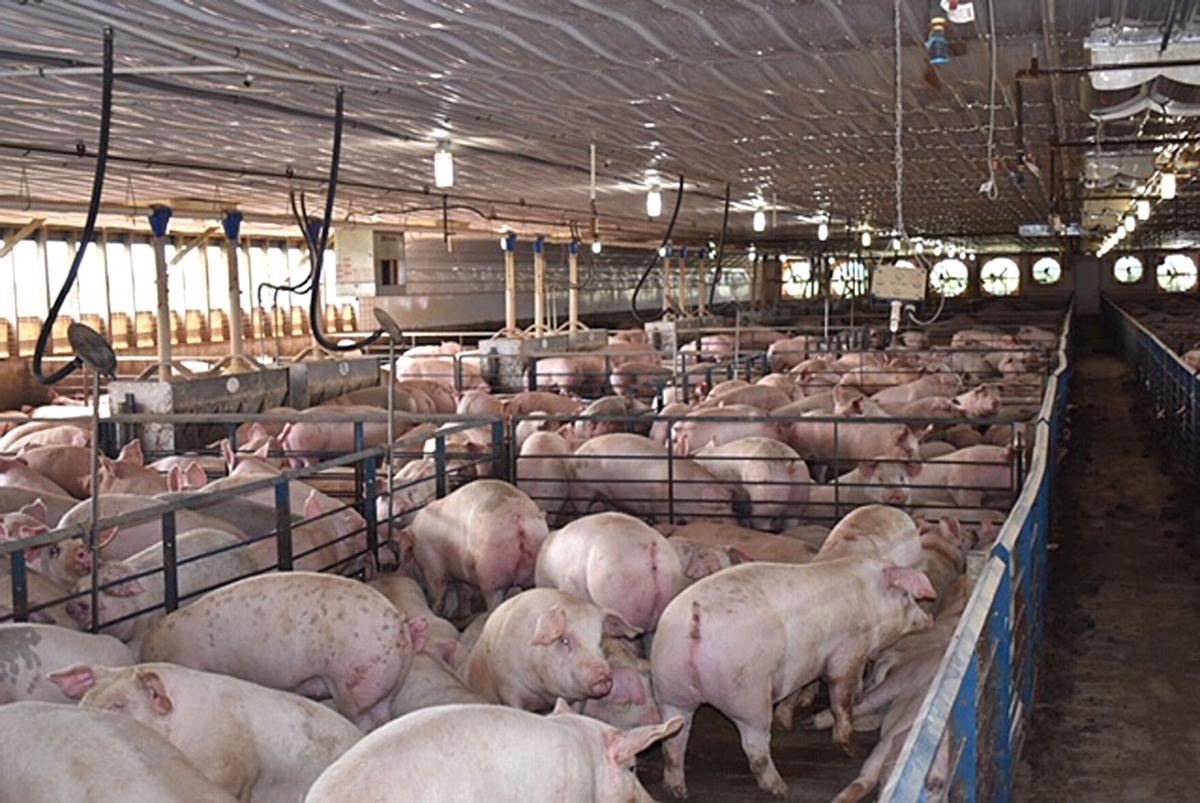 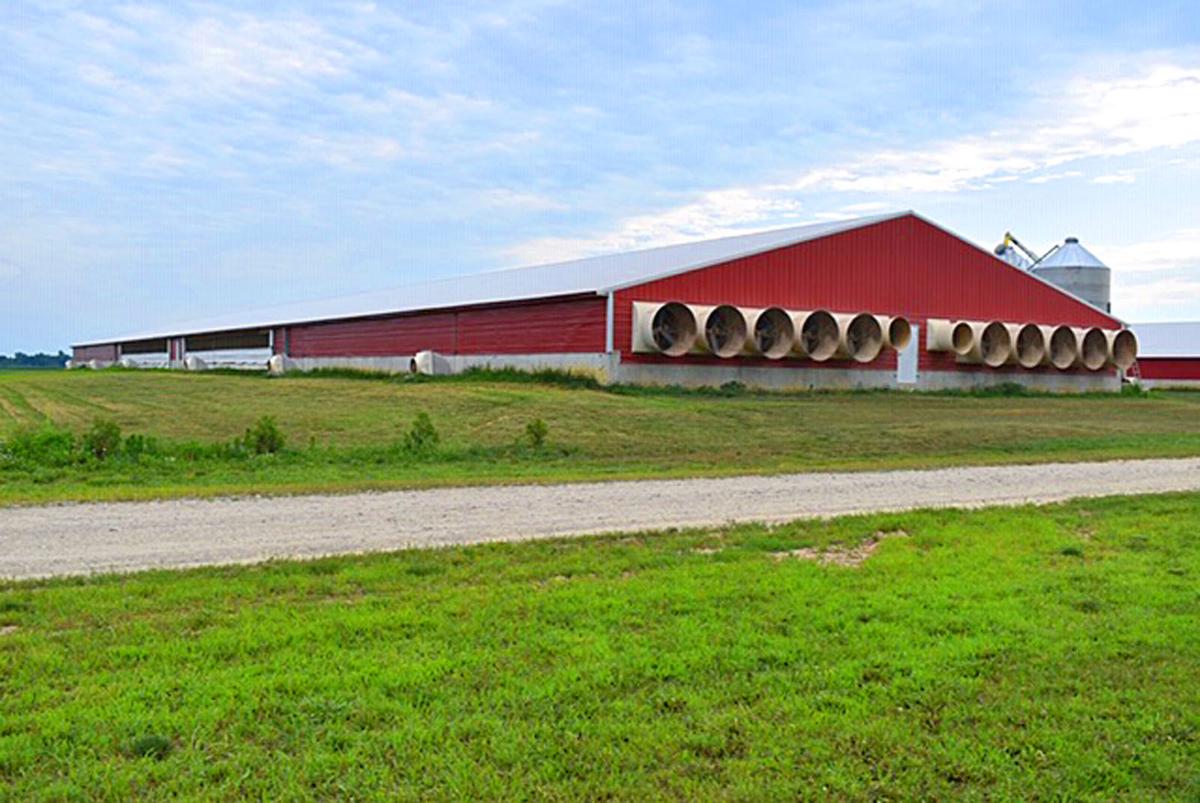 Tom Ulerick entered the hog raising business recently, but he and his family have spent their lives farming.

Ask Tom Ulerick why he opted to enter the hog farming business after a lifetime of cattle and crop farming, and he will state only one reason — his youngest son, Blake.

Definitely a farming family by many trades — Tom’s oldest son, Jason, loves working the ground, and his daughter, Erica, who lives with her family in Auburn, works for a company that analyzes feed — Tom is all too-familiar with the ups and downs of farm life.

“It’s difficult to make a good life for yourself by raising corn and soybeans,” he said, explaining that times have changed. Small farmers who made a good living by focusing on one area are now learning to diversify.

Tom worked alongside his father from sun-up to sun-down, eventually taking after the elder Ulerick and becoming a successful farmer in his own right. Not only has Tom farmed land for Reeds Farm of Cass County — from which he retired in 2019 — but he continues to work his own 115 acres of land and raise cattle.

Yet, Tom and his wife, Kelly, recognized a growing trend that propelled them to make a decision that they hope will one day benefit their 23-year-old son. Blake wanted to follow in his father’s footsteps from a young age. However, the ability to thrive in this industry meant change had to occur, Tom said.

“The big-timers keep getting bigger and the smaller farmers don’t have land to buy.”

So, unless a small farming family wants to work for a large conglomerate, there really is only one solution — make a change.

That change came in the form of an agreement between Co-Alliance of Flora and the Ulerick family. Admitting that the path to the unknown was not easy, Tom hopes the fruits of their labor will be seen 15 years from now. That will be the time when his multi-million dollar investment will start to break even or build on a profit.

It’s at this time that he hopes Blake would reap the benefits, which would make all of the battles Tom has faced worth it.

Just a little more than a year ago, Tom said he met an individual who had already gone through the legal requirements to build a hog facility just off of U.S. 35 in Walton. However, that individual no longer wanted to pursue the venture. So, Tom and Blake purchased the land and permits. Then, they contracted with Bellar Construction in Peru to build the two hog barns, which now house 8,000 swine, and includes a design structure that grants another local farmer the opportunity to siphon the manure for use on his crops that grow in the field behind the barns.

Also on the Ulerick Hog Farms property are eight silos that hold the feed and an additional structures for personal use. There is a generator on site in order to keep the fans operational should a power outage occur.

“In this heat,” Tom said, “if the hogs aren’t kept cool, they could die within 20 minutes.”

And, it’s not like the hogs need help in that department, he said, explaining that swine are “not exactly the nicest animals. We can lose three to four hogs a day because they’ll fight with each other. I came in here one day and found half a pig.”

In order to avoid that unfortunate encounter again, Tom said his son will walk through the barns every morning, checking on the animals, making sure they have the proper amount of food and water, and inspecting the grounds. Tom takes over that role in the evening.

Plus, a Co-Alliance employee will search the swine, marking each based on weight, and prepare the hogs for transport to Tyson Foods in Logansport. They will load out twice a day. Three semi-trucks will carry approximately 400 hogs, said Tom.

Each hog must weigh around 280 pounds. Any less, and the pigs remain housed at Tom’s facility. And, this magic number proved to be a blessing for this family.

According to Tom, when the Covid-19 virus struck and Tyson Foods shut down, he had just received a new shipment of hogs. The ones that were ready to be slaughtered had already been delivered to Tyson, but the new ones that had just arrived at his barns were 12-pounders. “We got lucky,” said Tom. “We have to wait until they get to 280 pounds before they’re loaded up.”

These new swine had a lengthy growth spurt ahead of them. So, the Ulerick family never experienced the ill-effects of the pandemic that touched so many hog farmers’ lives across the nation.

Maybe, just maybe, that was a good sign that the decision Tom made years ago was the right one after all.

In a day and age where small farms are no longer experiencing high profit margins and only account for 46 percent of the value of production, according to the United States Department of Agriculture, Tom is discovering just how important diversification can be.

Going down a new path in life can be scary. Sometimes, the small things make the biggest impression, and, as Tom said, “I didn’t like it at first, but it’s getting better, getting easier. I wanted to set up my son for his future.”