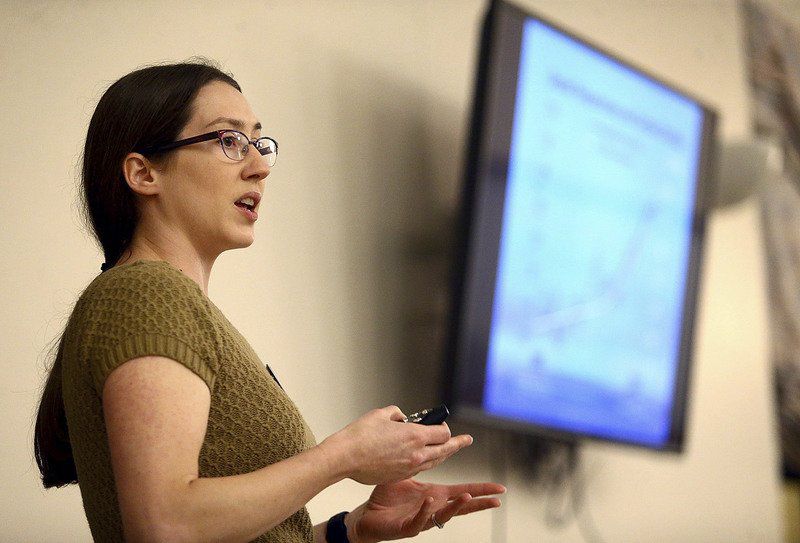 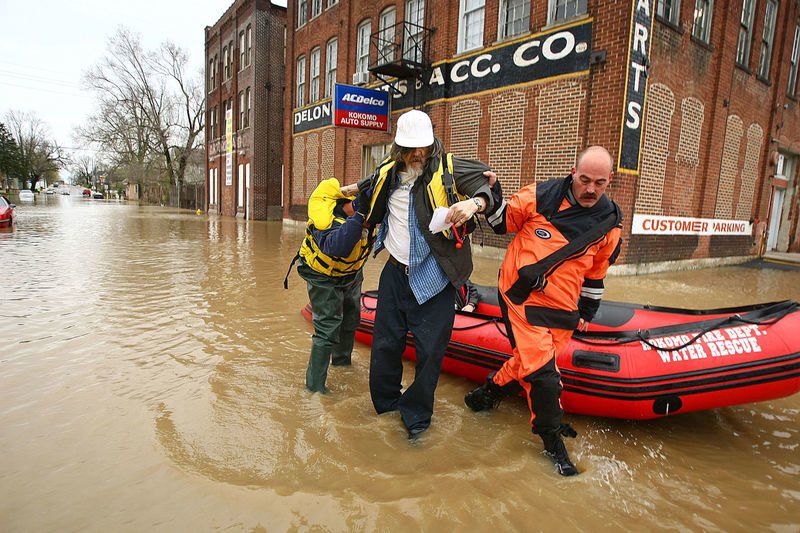 File photoA study from Purdue University reports Howard County could see a significant increase in the amount of rainfall due to climate change, leading to to more flooding, such as the flooding throughout Kokomo and Howard County saw in 2013 pictured above.

File photoA study from Purdue University reports Howard County could see a significant increase in the amount of rainfall due to climate change, leading to to more flooding, such as the flooding throughout Kokomo and Howard County saw in 2013 pictured above.

It’s all coming to Howard County. And it’s all because of climate change.

That’s according to a new study soon to be released by the Purdue Climate Change Research Center, which is made up of around 80 faculty members at the university. The study updates a report published by the center in 2008 and provides highly specific data for all Indiana counties.

On Thursday, Melissa Widhalm, operations manager for the center, provided a sneak peek on how the study predicts climate change will affect Howard County.

And the sneak peek Widhalm provided painted a grim future for the county and the personal toll climate change will have on residents.

“We know that our climate is changing, and we know that it’s because of us, so what will this mean for Indiana?” she said. “What does this mean for our families and our neighbors and our communities? As climate shifts happen around the world, what should we be expecting in our own backyard?”

For starters, Howard County residents can expect much hotter temperatures. Between 1915 and 2013, the average high temperature came in at 97 degrees. By the 2050s, that number will jump to 106 degrees. Fast forward to the 2080s, and the average high will be 111 degrees.

Today, the county on average experiences 21 days with temperatures above 90 degrees. By the 2050s, the study predicts that to skyrocket to 76 days.

In the coming decades, summers in the county will gradually begin to feel like summers in northeast Texas. Winters will feel more like the climate in Virginia.

By the 2050s, the study predicts the frost-free season in the county will extend 38 days and stretch from early April into early November with less hard freezes during winter.

That means insects which currently cannot survive because of the cold weather will eventually migrate to the region and thrive. Widhalm said foreign insects could devastate crops and throw the local ecosystem into turmoil.

The report predicts rivers will be inundated with 10 percent more water by the 2050s, and the county will see an 8 percent increase in rainfall amounts – most of which will come in the winter and spring.

Widhalm said that means rivers and streams will become more contaminated as the county experiences more heavy-rainfall events that will cause soil erosion and wash more chemicals from fields into the water supply. That will create less drinkable water, more fish kills and more toxic algae blooms.

Widhalm said even if the world were to stop producing carbon emissions that cause climate change today, too much of the heat-trapping gas is already in the atmosphere to avoid a global warmup. That means people in Howard County should get ready for a changing world, she said.

“No matter what we do today to cut emissions, we need to be getting prepared for the changes that are already going to come,” Widhalm said. “That’s the bad news. The better news is that we have a choice on where we end up. We have a choice on the severity of the impact that is facing our world.”

But, she said, that requires people to act urgently to reduce the amount of heat trapping gases in the atmosphere.

And there are reasons for optimism that will happen, Widhalm said during her presentation Thursday at a meeting of Kokomo Creation Care, an organization made up of 16 interfaith communities that promotes sustainable energy use.

She pointed to the Paris Climate Agreement, which was signed under former President Barack Obama’s administration in December 2015 by nearly 200 countries to curb global carbon emissions and contain global warming to 3.5 degrees.

Although President Donald Trump last year pulled U.S. from the agreement, American companies pushed back and agreed to continue fighting climate change. Today, nearly half of the country’s largest companies have at least one climate or clean-energy target.

Widhalm also pointed to Indiana cities like Kokomo, which was one of 21 cities that last year participated in the state’s second-annual Climate Leadership Summit to discuss green jobs, renewable energy and public health.

Kokomo Mayor Greg Goodnight in last year’s state of the city address cited climate change as a driving force behind the tornadoes that ravaged the city in the last three years. He urged residents to “take climate change seriously … because of the destruction, instability and the overall expense it is already causing here in Kokomo.”

Widhalm said that local response to climate change is reason to hope that Indiana could lead the way on reducing its carbon footprint despite a “total lack of guidance from the state.”

“I really hope that everyone firmly knows that climate change affects us in Indiana and that we have a choice in the severity of the impacts that are coming,” she said. “I think our community leaders understand that and want to make the right choice, but they need to hear what we have to say about it.”

Average hottest day of the year:

Annual number of days when low temps stay above 68 degrees: