The interior of Voodoo Public House, a restaurant in downtown Peru, is shown in this 2016 photo. Its last day of operation is Wednesday, Nov. 27. 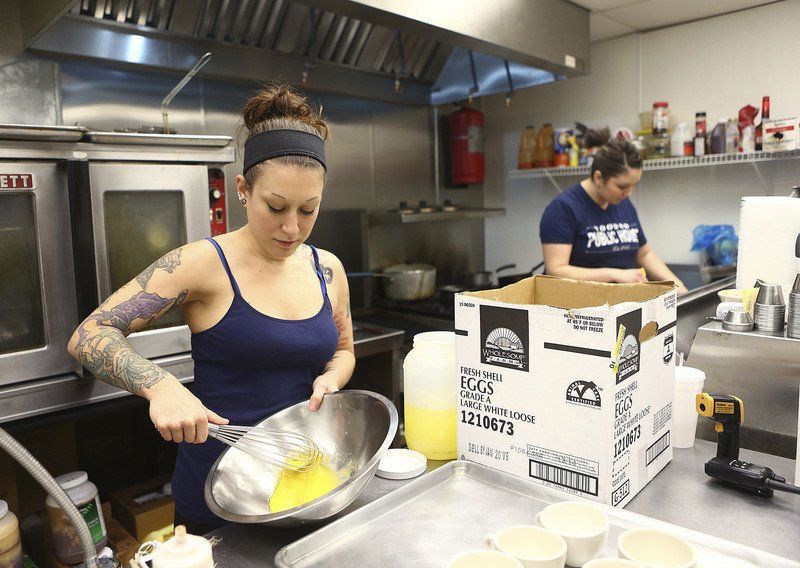 The interior of Voodoo Public House, a restaurant in downtown Peru, is shown in this 2016 photo. Its last day of operation is Wednesday, Nov. 27.

The popular Voodoo Public House at 112 S. Broadway in Peru is closing after four years in business. Its last day of operation will be Wednesday when the restaurant opens for its last 5-10 p.m. dinner shift.

Daniel and Rose Douglass are closing what he called “an urban-inspired gastropub with an innovative menu” because of a career opportunity for her.

“Rose had a series of promotions and now has the opportunity to start a new job out of state, giving me the chance to be a stay-at-home dad. We love the restaurant business, but I'm looking forward to my new job and Rose's,” Daniel stated by email.

“We started operating as a food truck in August of 2013 in Lafayette, only operating a few times. We moved back to Peru, my home town, in 2014 and started taking the food truck out regularly,” he said.

“We ended that season with a growing following and decided to entertain the idea of a brick-and-mortar restaurant,” he continued.

The couple relocated to Indianapolis in 2017 when she went back to work for the state, where the promotions occurred.

They’ve been planning to close the restaurant for about a month. “We notified our coworkers immediately, then made a Facebook post a few days later on Nov. 6,” he said.

That post had 457 reactions and 199 comments as of Monday evening.

Numerous posts referred to Voodoo Public House as their favorite restaurant, and people wrote about visiting it on trips through the area.

Many of the responses included multiple exclamation points.

“Very sad news! I can't think of another restaurant like yours [in] the surrounding communities. I have enjoyed your offerings since the food truck days. I will definitely miss this. Good luck in your future endeavors,” wrote Mary Higgins-Bucher.

“I am so sad to hear this! Have made many trips from Kokomo. Absolutely love your food. Any chance I could get the Banh mi recipe? Nothing like it anywhere. Best wishes,” wrote Kimberly Daggett Ennis.

Hansel Orozco commented on the wings, the healthy food and the vegan options on the menu.

Daniel explained the restaurant by saying, “Our goal was to create a one-of-a-kind, sustainable and inclusive spot for diners of all ages and diets.”

“We took a lot of inspiration from traveling and incorporating new ingredients into popular classic dishes. Our goal was to expose a small community to more metropolitan and cross-cultural flavors on a small town scale,” he said.

“We brought something different to the community. In addition to offering something new and unique, we sourced locally when possible, used the freshest ingredients, and accommodated all dietary needs,” he continued.

Although the Douglass family won’t be able to continue the restaurant, they’re hoping that someone could do that.

“We listed the restaurant for sale in July and have had some interest. We hope that someone decides to keep the business going and even expand in ways that we were unable [to] with our schedule constraints,” Daniel said.

Asked if they might re-open someday, he had a simple response.