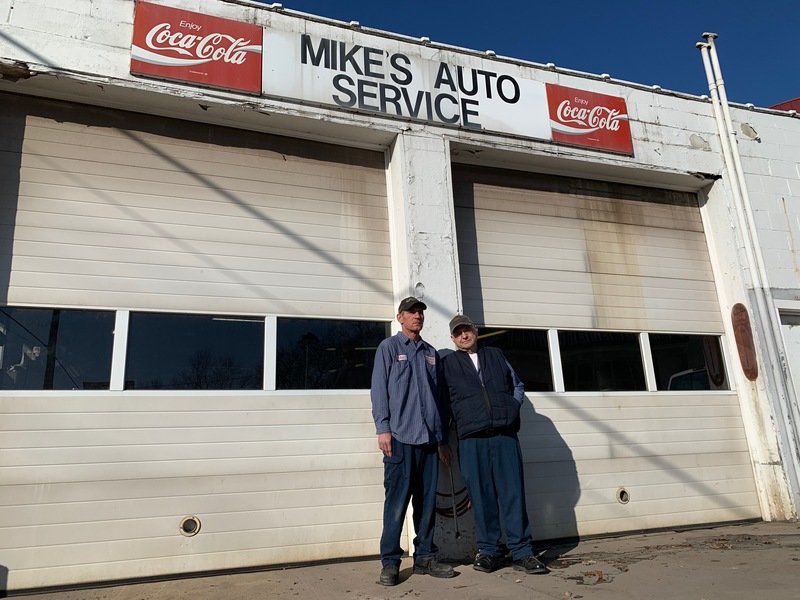 Jim Conrad, left, and Gerald "Jerry" Lombardi outside of Mike's Auto Service in Logansport. Lombardi has owned the business for over 40 years and is preparing to hand it off to Conrad, who's worked for him since he was a teenager. 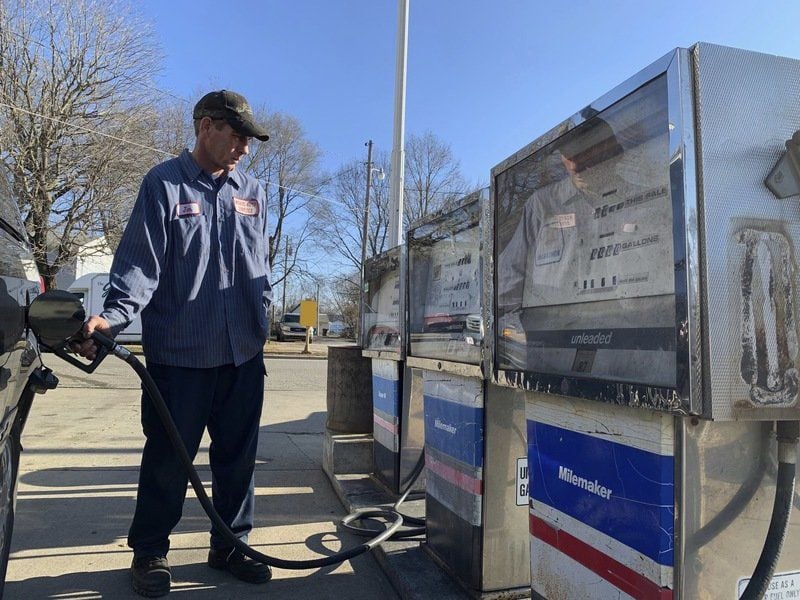 Jim Conrad pumps gas for a customer at Mike's Auto Service, the only full-service gas station in Logansport.

Jim Conrad, left, and Gerald "Jerry" Lombardi outside of Mike's Auto Service in Logansport. Lombardi has owned the business for over 40 years and is preparing to hand it off to Conrad, who's worked for him since he was a teenager.

Jim Conrad pumps gas for a customer at Mike's Auto Service, the only full-service gas station in Logansport.

Gerald "Jerry" Lombardi has owned Mike's Auto Service in Logansport since 1976, but he's worked there since long before that.

"They couldn't get rid of me," he said, adding at age 11 he started carrying wood over from the former grocery store across the street to keep the business warm during winters.

Now he's getting ready to hand the business off to a longtime employee who's worked for him since high school.

When it comes to automobiles, Mike's Auto Service at 1129 Erie Ave. handles "just about everything but body work" and late-model transmissions, according to Lombardi. It's also the only full-service gas station left in Logansport.

"I think that's long enough to be around here," he said.

But he's not in any hurry.

"I'll be around here till he throws me out the door," he said, referring to Jim Conrad, who started at Mike's as a teenager in 1993.

When will that be?

"Whenever he wants to leave," Conrad said.

Before Lombardi took over, his uncle, Mike Pasquale, started and ran the business.

Mikes' Auto Service has been good to Lombardi, who said his clientele has spanned multiple generations of families over the decades.

"I'm still eating," he said in his matter-of-fact way.

He and Conrad looked back on their time with the business on Dec. 24. A glass case stocked with candy and gum in the office stood opposite an old soda machine. Customers' keys dangled from a wall. Boxes of automobile parts filled shelves.

Occasionally the phone would ring and Lombardi's wife, Kathy, answered with "Mike's."

A customer poked his head in to say his vehicle threw its belt.

"Yeah," Conrad said. "Hopefully nothing's locked up on it."

Conrad grew up in Logansport and graduated from Lincoln College of Technology in Indianapolis in 1996. He mainly works in one of the business' garages reserved for engine swaps and transmission work.

Auto repair has been a lifelong passion for him.

"This is always what I wanted to do," he said.

He enjoys the ever-changing atmosphere of the industry.

"Something's different every day around here," he said.

"You never know what's coming up," he said.

They've had their share of unpredictable jobs over the years. They recalled getting called to one where they were of the understanding that a woman had gotten her car stuck in her yard. When they arrived, they found she had backed all the way through her garage and out the other side.

"Her car was setting on a push-mower and the whole back of the garage — siding and everything — was gone," Conrad said. "She made her own garage door."

Lombardi went on to recall another service call at a fast food restaurant where a customer had claimed to have locked his keys in his car. The customer said he had to get back to work, so he'd be eating atop his trunk while he waited for Lombardi to arrive.

When Lombardi pulled up next to him, he quickly noticed the customer's windows were down. So he reached in and unlocked the car.

"He paid me and didn't even smile," Lombardi said as he and Conrad shared a laugh.

A signed 1978 postcard of Hobo King Steam Train Maury hangs in the Mike's Auto Service office. It's a memento from Maury's visit to Logansport's former Iron Horse Festival. He gave it to Lombardi after the mechanic fixed up his broken-down van.

Lombardi has been a good mentor over the years, Conrad said, adding he's prepared him well for taking over the business. If Conrad is ever unsure about something, he said Lombardi is always there to help him out.

"If we don't know how to do it, we figure it out," Lombardi added.

Conrad said he intends to run Mike's Auto Service with the same principles Lombardi has over the decades.

One of those principles sticks out among all the others.

"Be honest and everyone will come back," Conrad said.