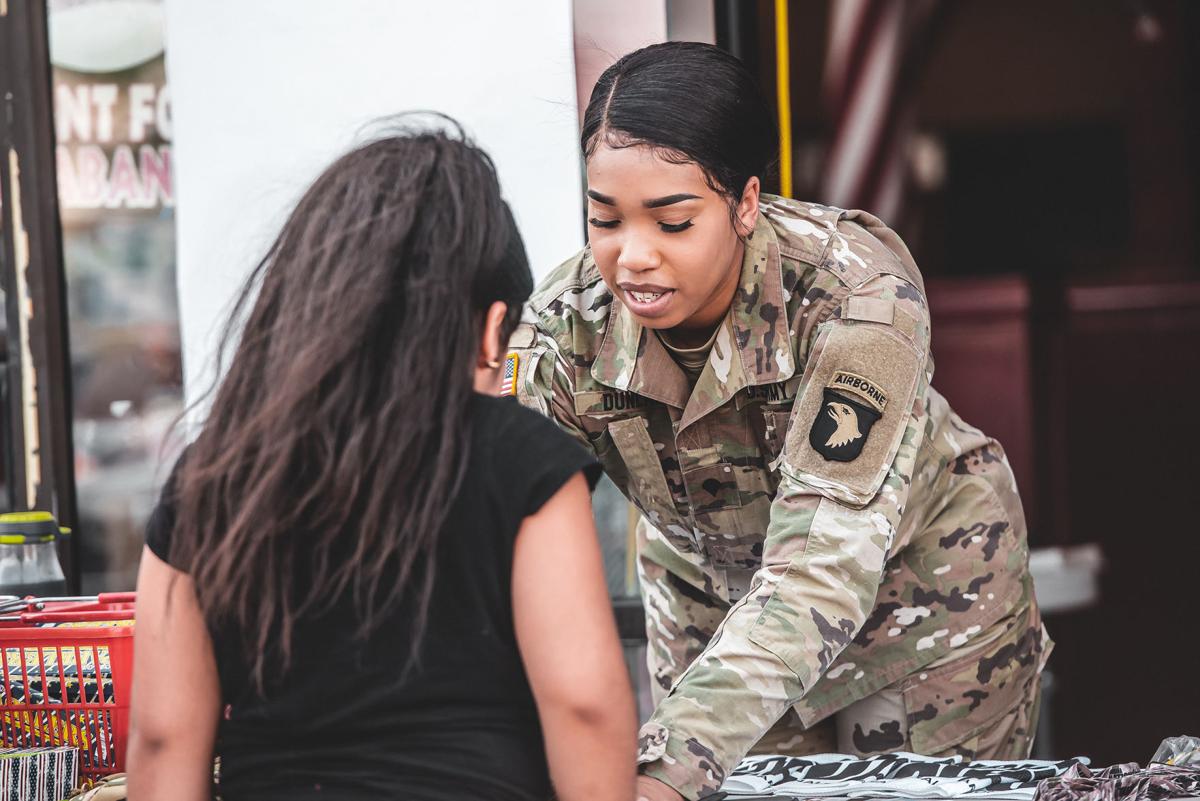 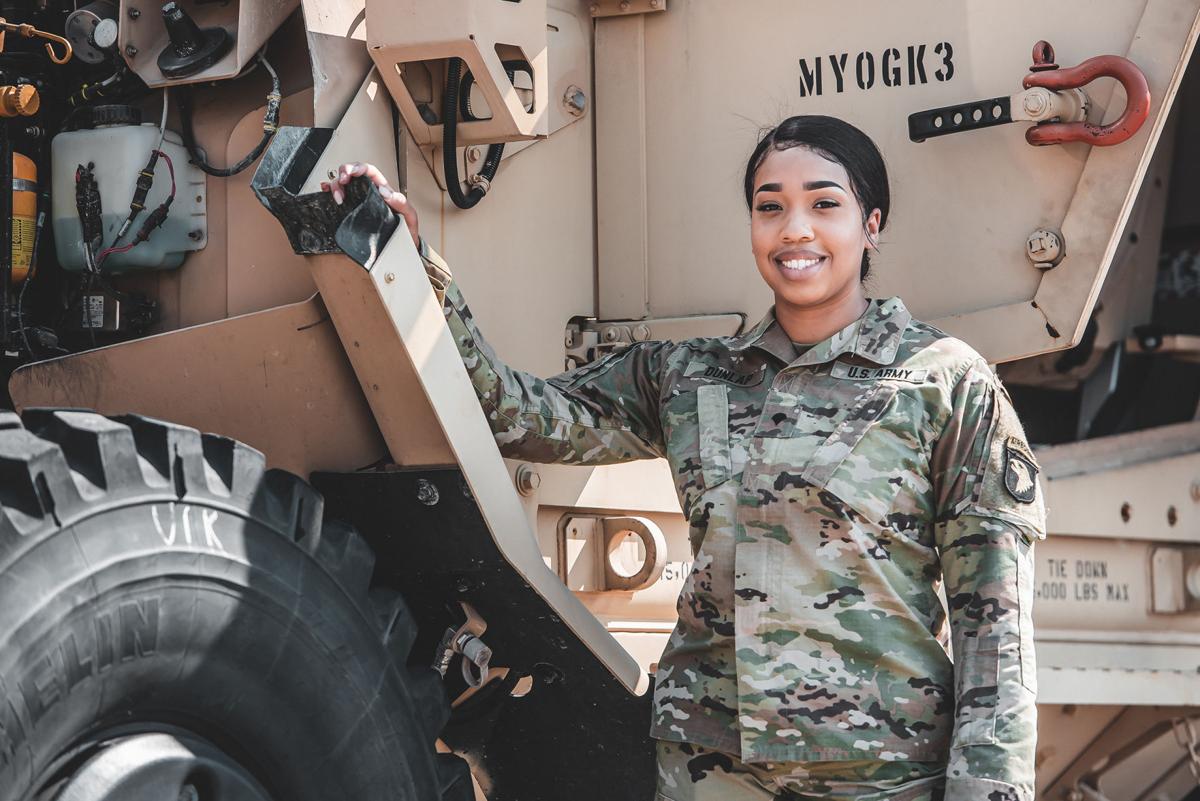 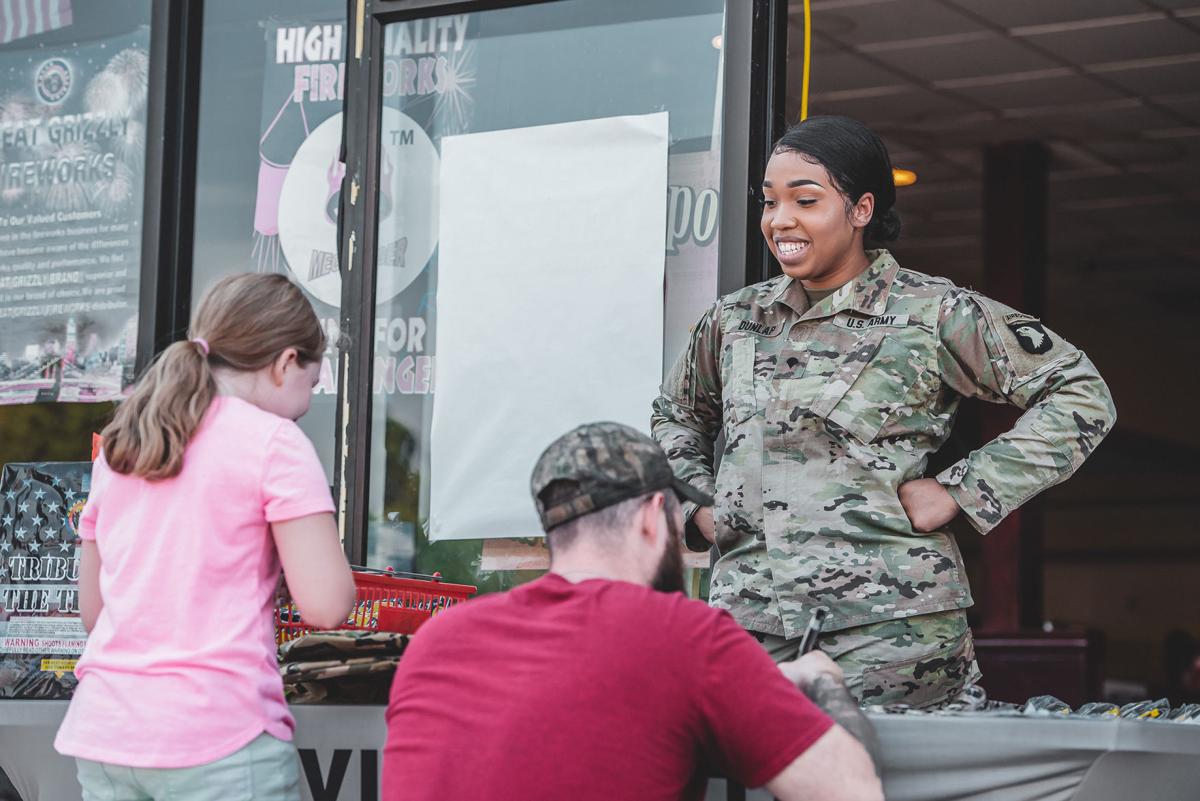 Veteran Brett McCroskey and his daughter Lily talk with Gabby Dunlap before going into the store to buy fireworks. 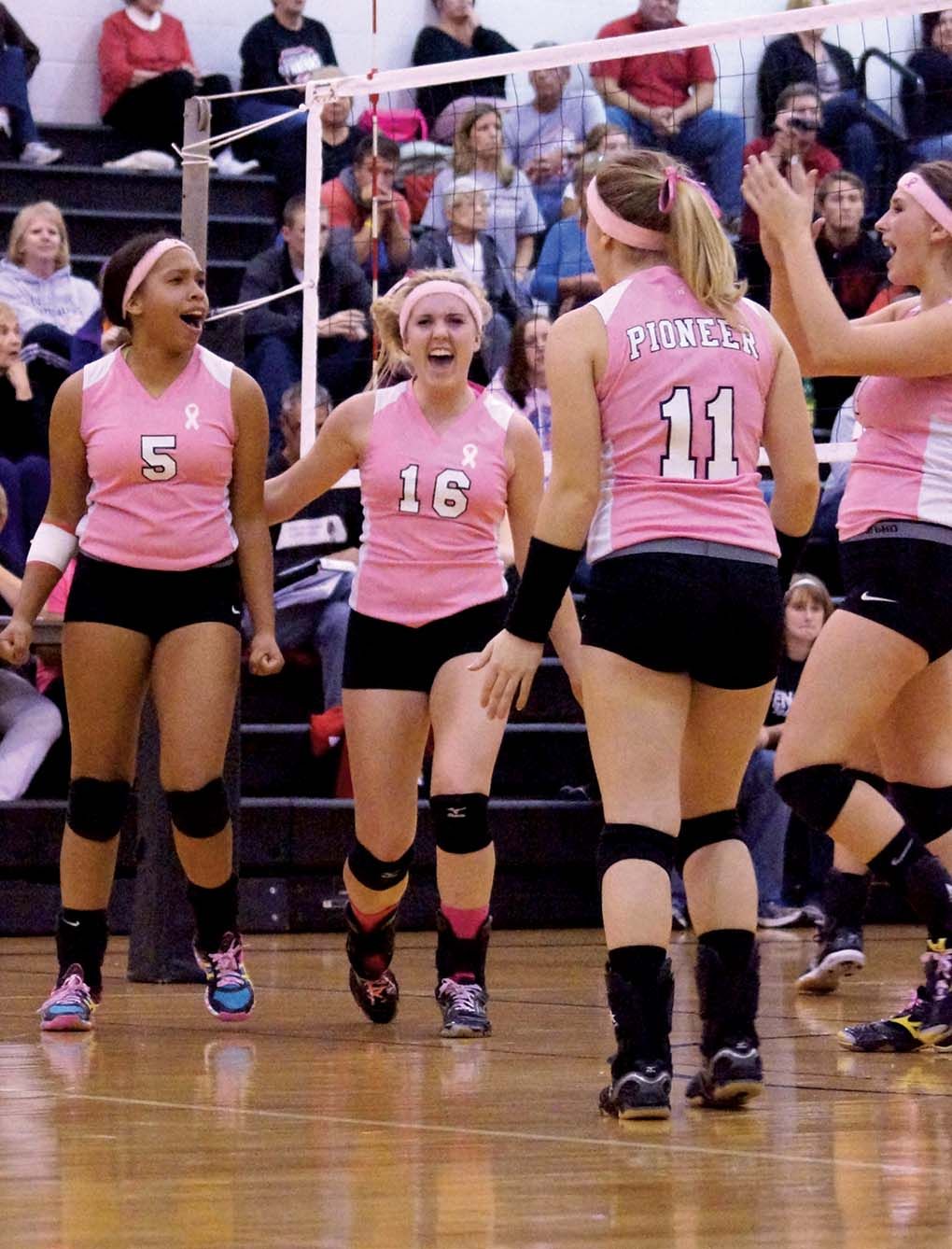 Pioneer’s Gabby Dunlap (5) celebrates a point during a 2012 regional match.

Veteran Brett McCroskey and his daughter Lily talk with Gabby Dunlap before going into the store to buy fireworks.

Pioneer’s Gabby Dunlap (5) celebrates a point during a 2012 regional match.

Dunlap, the daughter of Charles and Myeca Dunlap of Logansport, was born into a military family.

She has forged her own career path in the United States Army and recently returned home to become an Army recruiter in Cass County. She is now a member of the Army National Guard and works out of the National Guard Armory in Logansport.

Dunlap’s family moved to Logansport in 2007 and she attended Logansport schools through her freshman year in 2010. She then transferred to Pioneer High School, in large part due to an opportunity to play volleyball for the Panthers and coach Rod Nies.

She graduated from PHS in 2013 and earned a scholarship to play volleyball at Grace College, but it was not a full-ride scholarship.

“Once I went to Grace College I couldn’t afford it after my freshman year so I decided to enlist in the Army as a combat medic,” she said. “So I went to the Army, went to Fort Leonard Wood, I went to Korea for awhile, I went to Fort Campbell.”

Dunlap was also able to continue her volleyball career in the Army.

“In the Army I was actually able to make their All-Army team. We play against China, Germany, Brazil. We play against other international volleyball teams that have women who play in the Olympics.”

Nies said Dunlap was a great player in high school but even better in college.

“When she played for me she was such a dominant hitter. She was a little inconsistent with her hitting, but when she was on, she was unstoppable,” Nies said. “She jumped out of the gym, she took a huge arm swing. There were a lot of teams, a lot of players that did not like to play against her because quite frankly she was kind of a scary hitter. She’s very high level.

“I was able to watch some of her video that she would post playing for the Army and her skill level has really increased. She is 10 times the player she was back in high school and she was a very, very good volleyball player in high school.”

Dunlap eventually became an Army recruiter and was assigned to her home county, Cass County, by fluke chance, she said.

She added she will use her experiences to pitch to students what the Army has to offer them.

“I just really was super dedicated to sports and that’s one thing I felt like I can relate to with these kids that I’m trying to recruit now is that I wanted to do something with my life, I wanted to be financially stable. I didn’t want to be in so much student debt, and I didn’t know that the Army had sports options,” she said. “But once I got there I found out that my potential and the things I wanted to do was limitless. Not only do they have volleyball teams, but they have basketball, cross country, boxing, jujitsu, wrestling, golf, they even have an obstacle course team. They have rugby, there’s so many things I didn’t know that they afforded to us. I played against women that went to D-I schools that were officers and I only went to an NAIA school and I could hang with the best of them. I didn’t know how much I’d be developed by the military, now I’m playing internationally against a couple women that played in the Olympics.”

She’s also returning to the Pioneer volleyball program and will coach the seventh grade team this year.

“I’m pretty excited to have her on staff. She’ll do an amazing job with these girls,” Nies said. “She understands and knows what I want to get out of the girls at this age group and get them ready for high school.

“I’m excited for her to be back in the area. She’s a fantastic individual and I couldn’t be prouder of everything she’s done thus far with her life.”

Nies added Dunlap should excel as an Army recruiter.

Dunlap just recently turned 25 and is in a good place in her life.

“I’ve kind of just made it full circle in my life to come back to Cass County in a job that I love,” she said.

Beau Wicker is the sports editor at the Pharos-Tribune. He oversees the paper’s sports section. He can be reached at beau.wicker@pharostribune.com or by phone at 574-732-5113.