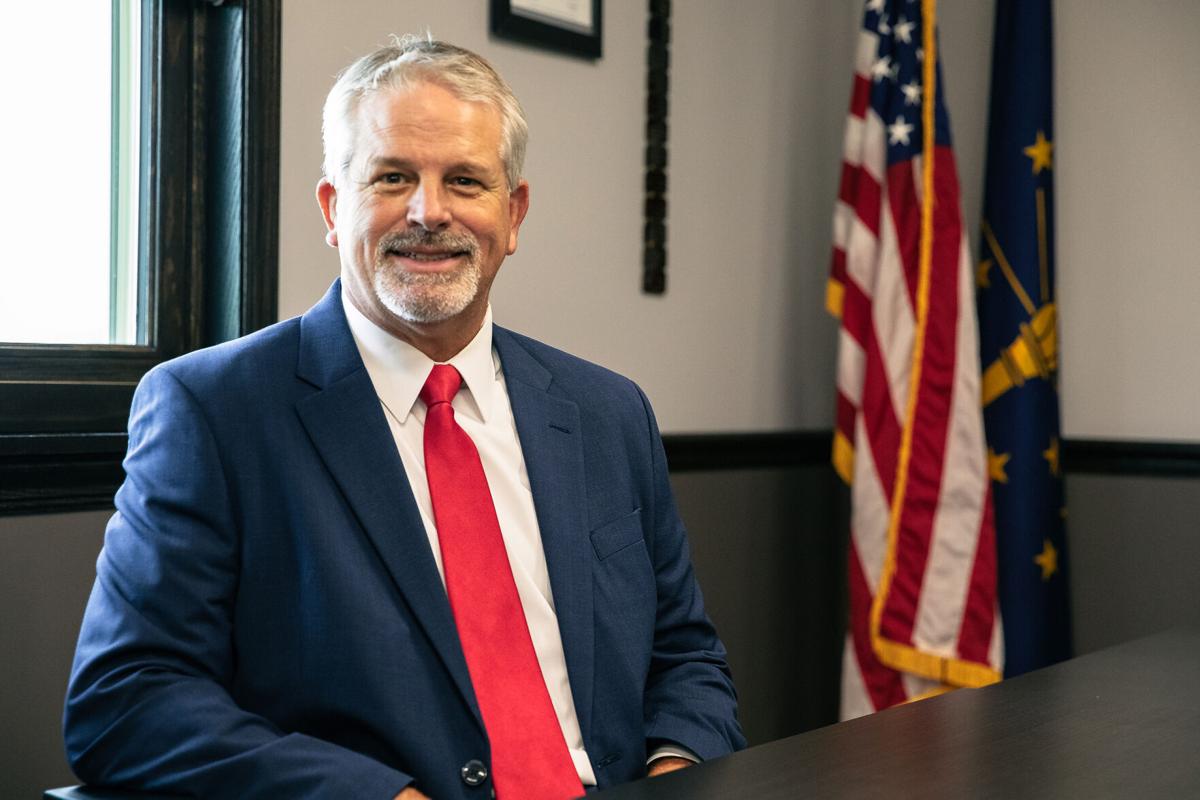 Superintendent Paul Voigt came to Caston Schools from Northfield Junior/Senior High in Wabash, where he was principal. 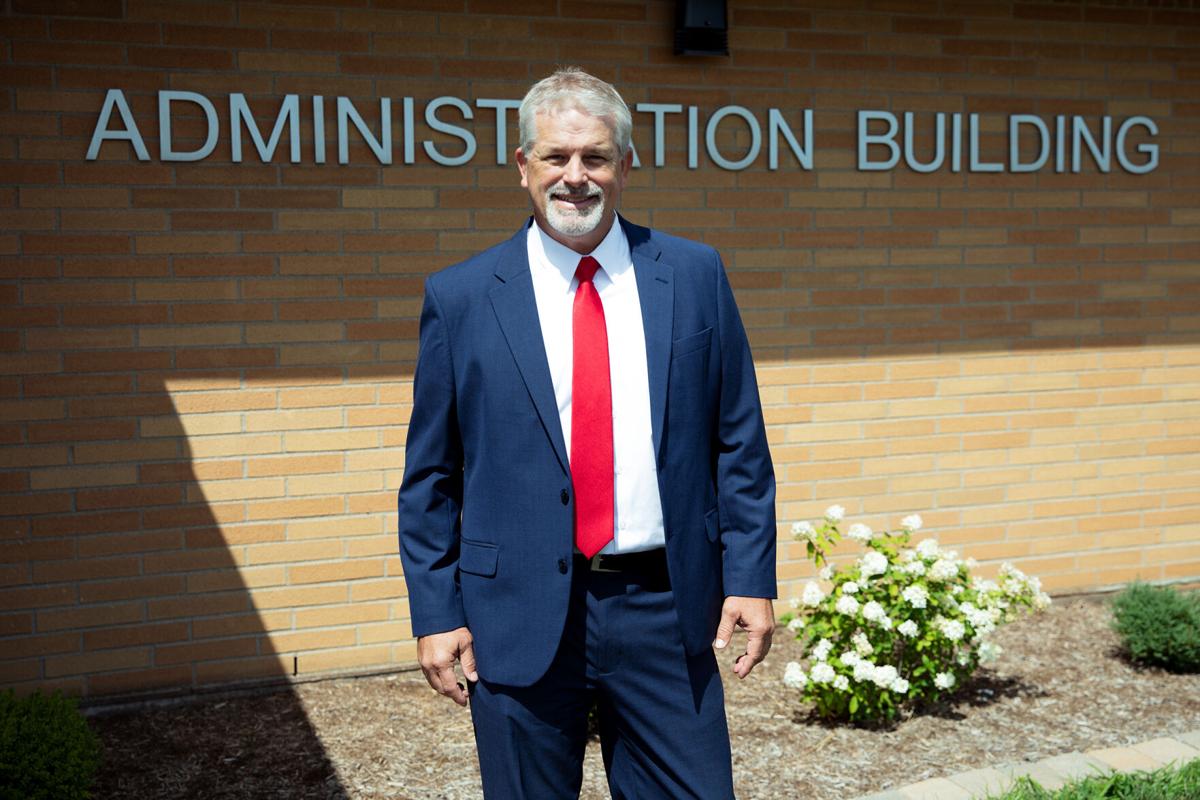 During this time of COVID-19, the goal is “just keeping our kids safe, keeping them safe and healthy,” new Caston Superintendent Paul Voigt said.

Superintendent Paul Voigt came to Caston Schools from Northfield Junior/Senior High in Wabash, where he was principal.

During this time of COVID-19, the goal is “just keeping our kids safe, keeping them safe and healthy,” new Caston Superintendent Paul Voigt said.

ROCHESTER – Aug. 17 isn’t just the first day of school for the students of the Caston School Corporation.

It will be the first day of school for the new superintendent, Paul Voigt.

Voigt started in his position July 1, and for the first semester of the school year, he’ll be working with Caston Superintendent Cindy Douglass until she retires at the end of December.

“I’m kind of considering this my listening tour,” Voigt said.

He’s met some of the staff already and is getting to know the community.

“The biggest thing I’ve noticed is how helpful and kind everybody in the community has been,” he said.

He also likes the community’s attitude towards the schools.

“There seems like there’s a lot of pride and hope in the way they keep their facilities and in what they do,” he said.

It’s not common that two superintendents’ terms overlap, but the school board saw the wisdom in it.

Douglass, who’s been the superintendent since fall of 2013 and an administrator in the district since 1991, said she had gone to the board in January to let them know she planned to retire and discuss how they would like to do the transition.

They liked having her acclimate him, which was before the COVID-19 situation.

She said a new superintendent having to learn on his or her own in these times would be hard.

“It really worked out well, especially under the circumstances,” Douglass said. “I’m pleased to have the opportunity to work with him and help him as much as possible.”

She’s also glad to establish a relationship with him before she leaves, because she’ll still be available for him to advise and assist as needed.

Voigt came to Caston from Northfield Junior/Senior High in Wabash, where he was principal.

He and his wife, Sherry, grew up in small towns, and they wanted the same thing for their children.

Although daughter Vaiba is a sophomore at the University of Indianapolis, Joey and Savannah are still in high school.

“This is where I wanted to be,” he said.

Although when he started in education in 1992, he was content being an algebra teacher (and eventually physical education and health teacher) while coaching football, wrestling and track at Carroll High School in Fort Wayne.

The education director Ken Folks encouraged him to go into administration.

Voigt became the assistant principal to Folks’ principal, and when Folks went to Marion to be assistant superintendent, he “somehow convinced me to go down there with him,” Voigt said.

There Voigt was an elementary administrator, middle school administrator and assistant director to the career center.

When Folks left to be superintendent at East Allen County Schools, Voigt went to become principal at Northfield.

Voigt earned his bachelor’s degree from Trine University, his master’s from the University of Indianapolis and his doctorate from Indiana State.

“It was all done by plan, and I can’t thank Dr. Folks enough for that,” he said.

His children are currently enrolled back in Wabash because the drive time is too far.

But the family intends to move to the area.

They’ll come “as soon as we find a place. So it’s not going to be as soon as I like,” he said.

Voigt doesn’t plan to make immediate changes when he officially is superintendent on Jan. 1.

It looks like the district is doing a lot right, he said.

He plans to listen to those who’ve been in the system and listen to the community and to what suggestions people have.

His philosophy of education is, “Given the right environment, all students can learn, and it’s our job as educators to provide a place where kids are excited to be and are willing to take responsibility for their learning,” he said.

He sees extracurricular activities as a way for many students to be part of something bigger than themselves.

“Those experiences can be vital or create that hook to keep kids involved in learning,” he said.

During this time of COVID-19, the goal is “just keeping our kids safe, keeping them safe and healthy,” he said.

The district has a plan in place that continues to be revised as more information comes in from Gov. Eric Holcomb’s office and local health officials.

On Wednesday, Caston teachers were in a workshop preparing to do remote and virtual learning.

They are getting ready for face-to-face learning but preparing for the worst case scenario, Voigt said.

Veral Edward "Ed" Palmer, 75, of Logansport, passed away Tuesday, Sept. 15, 2020, at Memorial Hospital in Logansport. Arrangements have been entrusted to Gundrum Funeral Home.