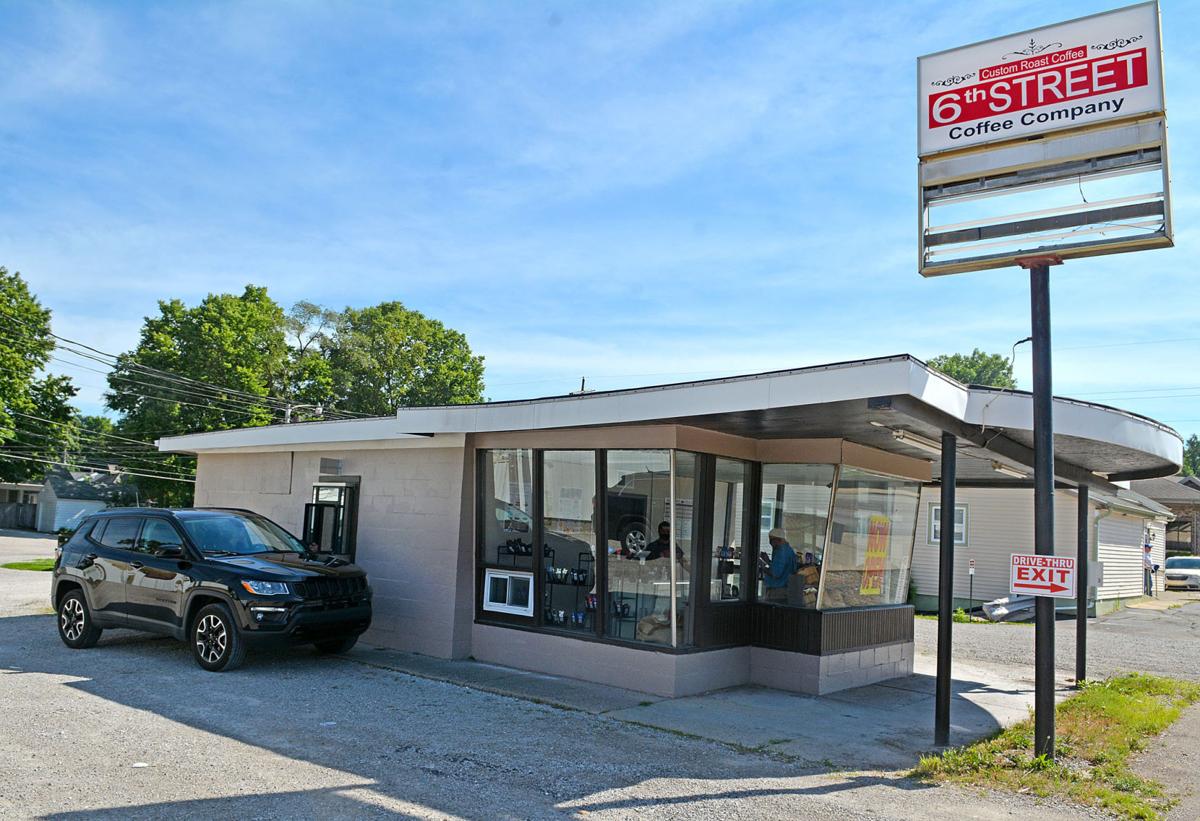 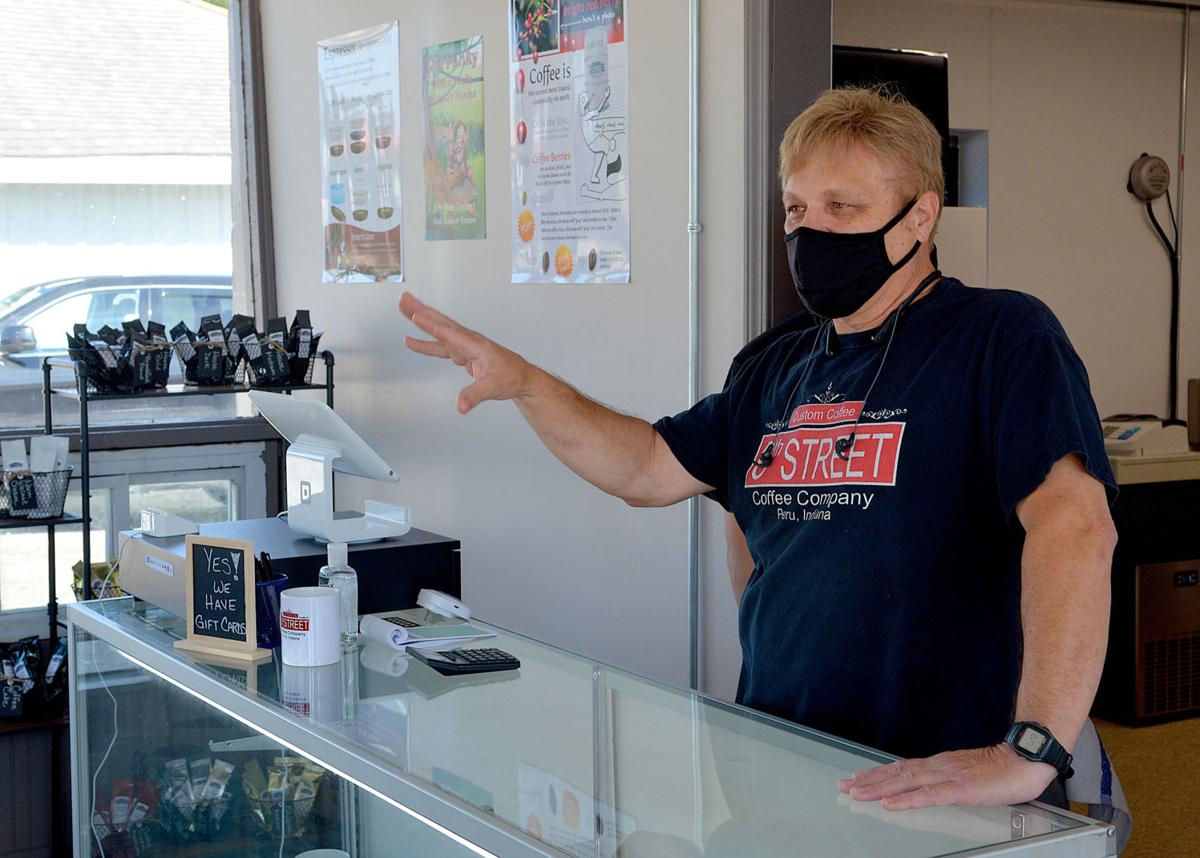 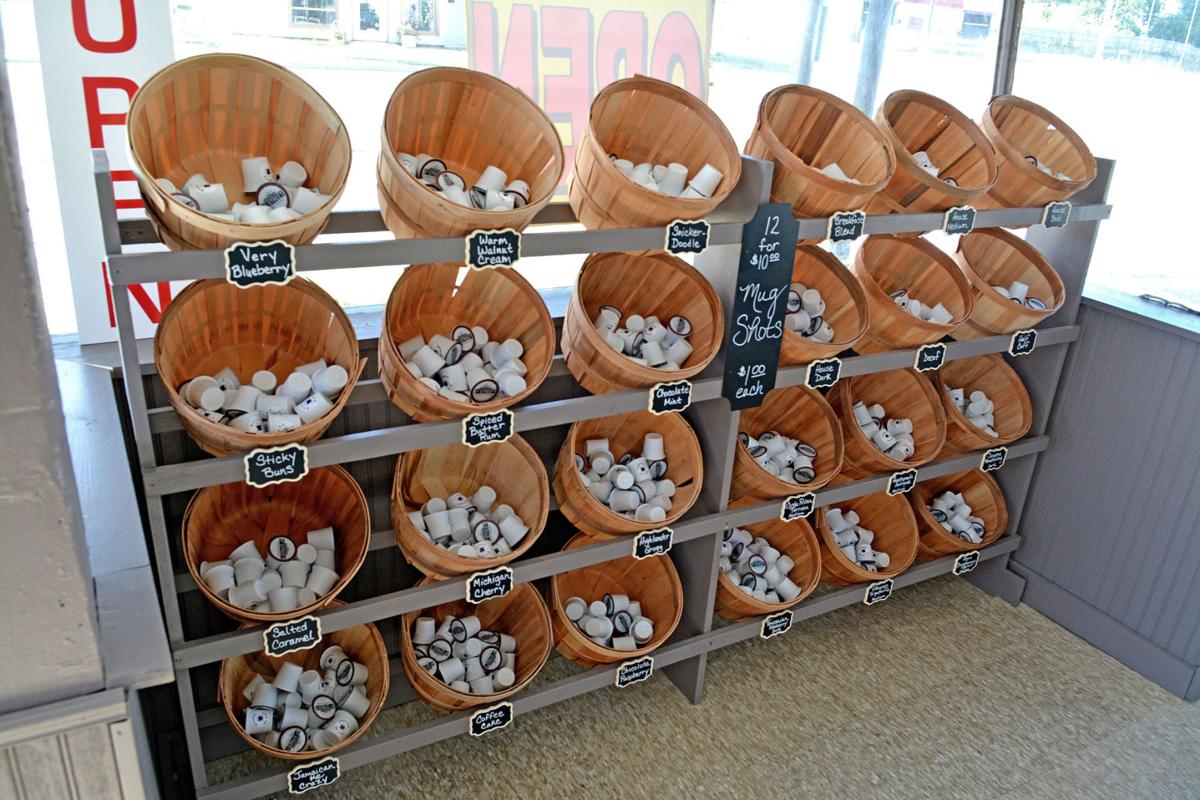 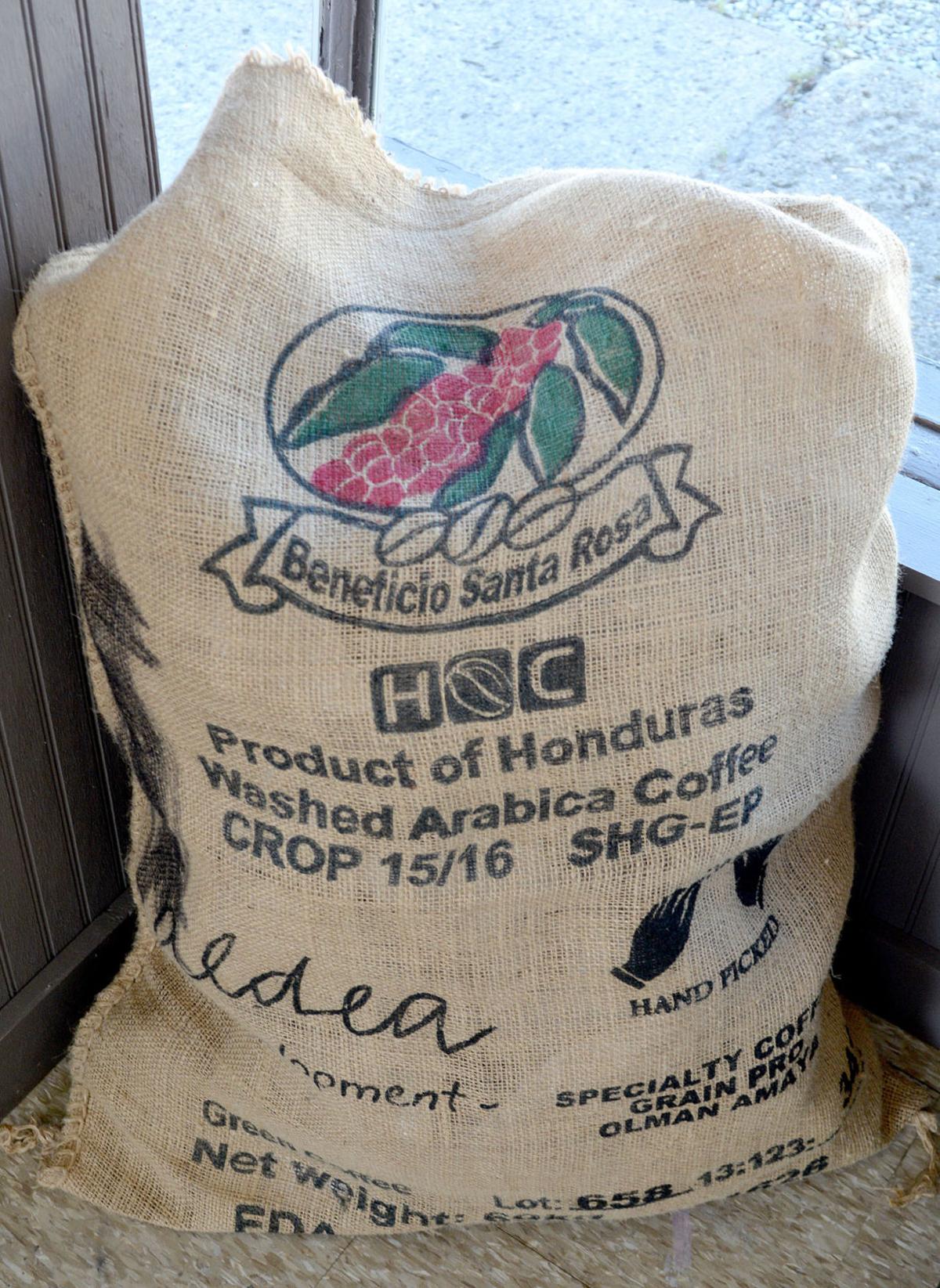 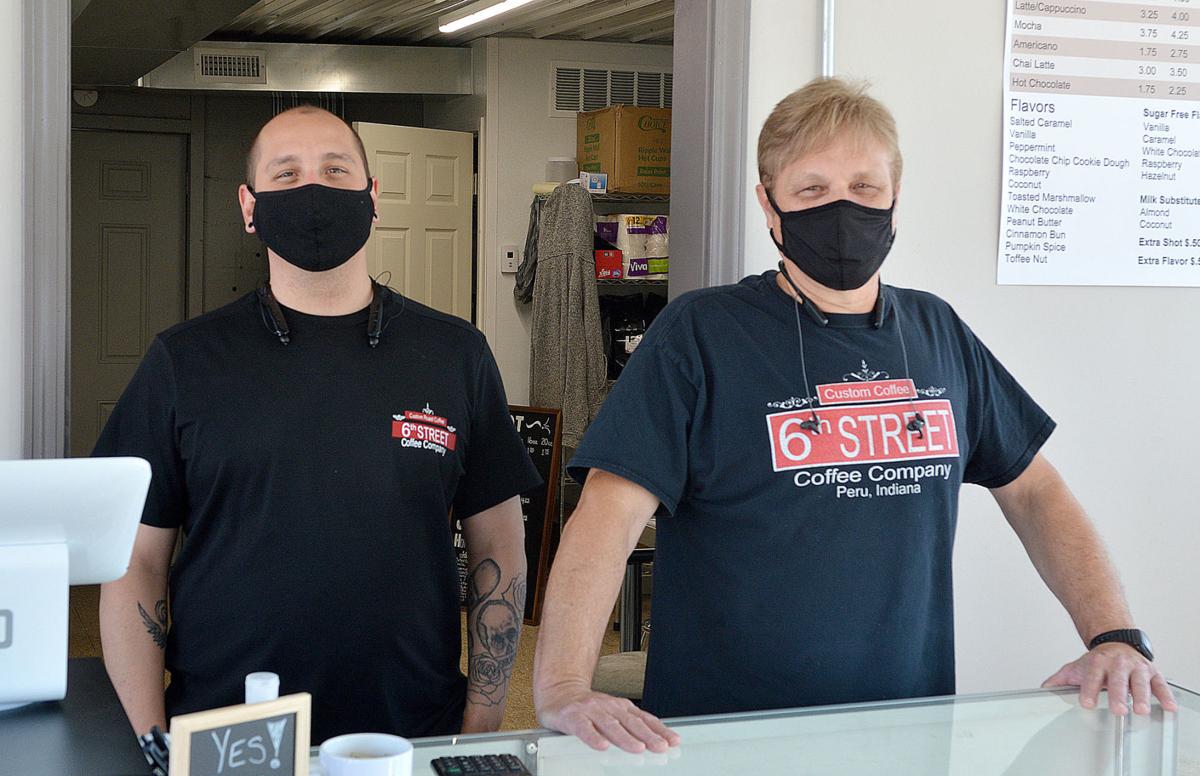 Kory Adkins, left, and his father, Kreig, pose at the counter of their 6th Street Coffee Co.

Kory Adkins, left, and his father, Kreig, pose at the counter of their 6th Street Coffee Co.

He’d been working on the former Bruno’s Pizza building at 2420 E. Market St. since February and intended to open earlier. But having opened businesses before, he wanted to be cautious for the first few days.

“You want to make sure everything works and everything functions the way it’s supposed to,” Adkins said.

When he opened the Kokomo Sonic, he said the line of waiting cars went down Lincoln Drive from open to close for three days.

So Adkins only hung a banner announcing the place was open and put up an “open” sign in the window. Regardless, the number of customers increased each day.

“We had a good day Monday,” he said. “I couldn’t believe it. It just got better every day. On Tuesday, we had repeat customers already.”

The Facebook page reached about 300 followers around the first Wednesday or Thursday, and by Saturday, he already had regulars who’d been there every day.

“It’s at a manageable pace,” he said.

This is the second 6th Street Coffee Co. he’s opened — the first one is in Peru on Sixth Street.

He came to Logansport partly because he had so many customers from the Cass County traveling to the Peru location and partly because he’s had businesses here before and thought the town was right — he just needed the right place.

6th Street Coffee is essentially two businesses — the roasting, which they do themselves in the kitchen, and the drinks and the coffee blends they sell. There are 24 blends that they sell in K-cups, sampler packs and bags of the different blends.

“I could not get rid of any one of them because I’ll have customers come unglued,” he said. “Coffee is a very personal thing, and everybody will taste coffee differently. Once they find the coffee they like, they stick with it.”

They may try one or another every so often or have a second favorite, and 6th Street Coffee Co. will have seasonal flavors, like during autumn and the holidays.

He puts a lot of time into making a product — his first flavored coffee, apple pie, took five days and 50 to 60 pots before he perfected it.

“If it isn’t amazing, then why do it,” he said. It wouldn’t be different from going to a store for coffee.

Often, people don’t know much about the coffee they like.

“They know a good cup of coffee when they find one. But they don’t know where it came from,” he said.

That’s why 6th Street has the sampler packs, he said. The store roasts beans from South America, Asia and Africa, and Adkins identifies as a South American drinker. The store will also create special or unique roasts for individuals or restaurants.

He compared 6th Street to a butcher shop, where people come to get a custom made product. A special roast won’t cost extra except for any flavoring added, and customers can get it the next day.

Restaurants can get both a special blend for on-site use and in packages for customers to buy for home.

Adkins plans to have catering, providing coffee for meetings, and will create custom packages for fundraisers. The members of the nonprofit or school group would sell packages to raise the money.

Working with him at the store are his daughter, Kyanne Adkins, who got him into roasting coffee, and his son, Kory Adkins, will be managing it.

Customers who visit the store will know those who serve them are also the ones who roast the beans.

Every bit of the 560 square feet of the shop is used and may be more efficient than the Peru store, Adkins said.

“We redid everything — the floor, the ceiling, the walls. You name it, we did it,” he said. The plumbing, HVAC, electric and windows are all new, too, and they repainted the outside. Some of the new windows in the front replaced plywood that was up, and the effect makes it look roomier, he said.

And they installed a drive-thru window.

There was a lot of work because Bruno’s had been there about 59 years before it moved, and he plans to be there at least that long.

“I was confident this was the place for us,” Adkins said. “It’s our goal to be here a long, long time.”

He said someone who used to work at Bruno’s came in and was surprised at how much room the building actually has.

Adkins intends to fix up the outside, adding tables and chairs that the inside doesn’t have room for. He also plans to hire more baristas for the Logansport store. He’s unsure how many, but it will take a month to train them because they need to know roasting, too.

Adkins said that, during the time he was fixing the place up, Logansport officials were very helpful and wanted to help them open.

“They did everything they could to make this work. And it did,” he said.