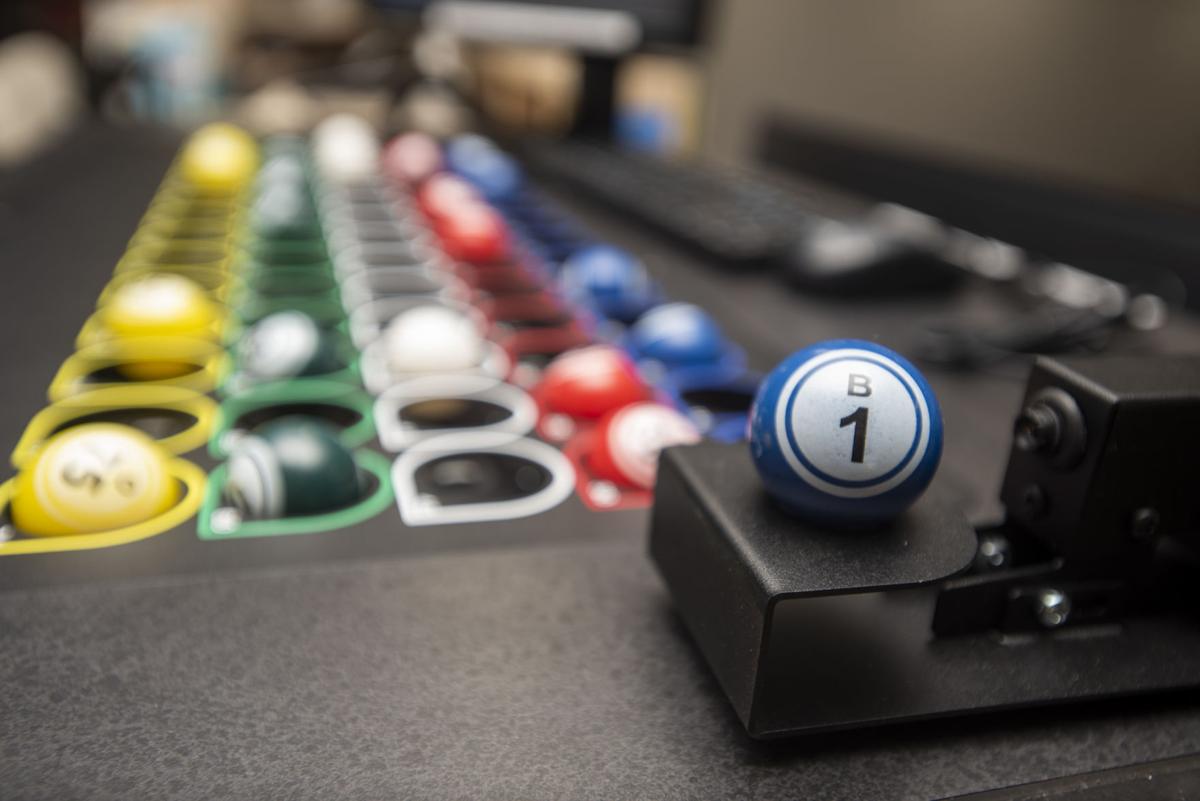 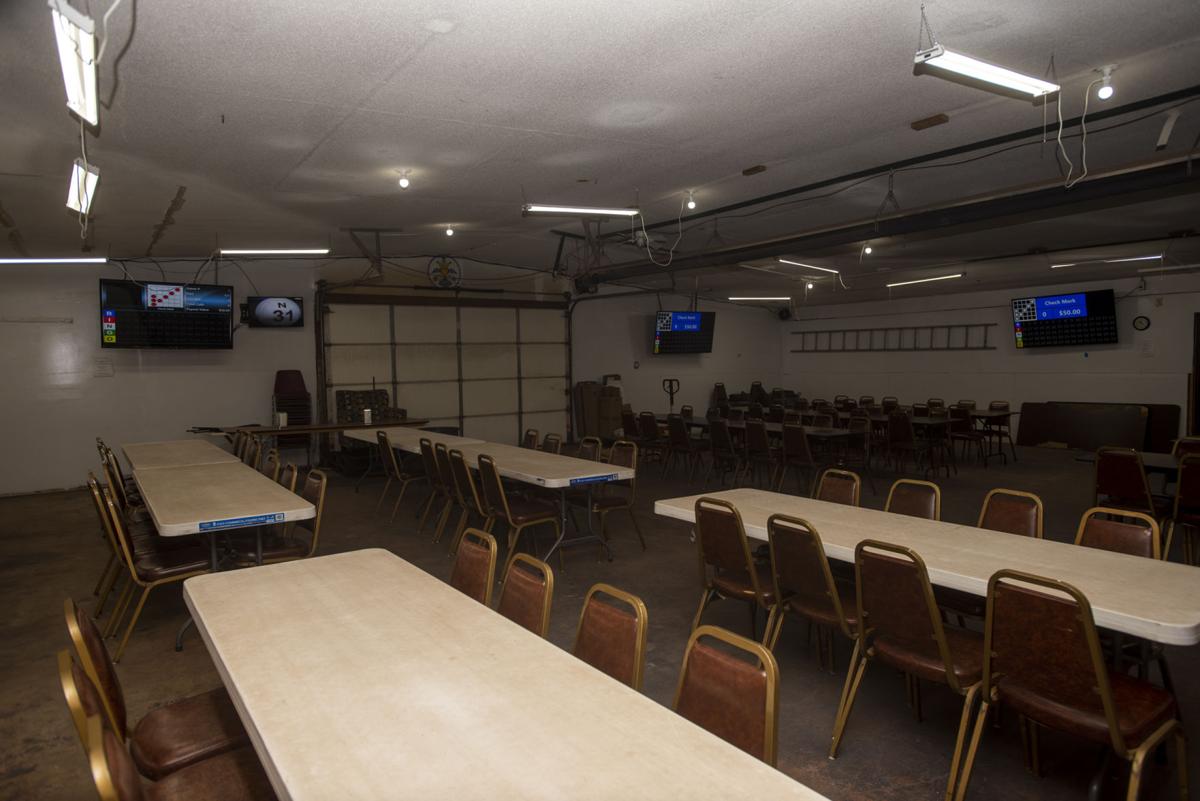 The many monitors at the Cass County Auction building will help players see what bingo balls have been selected. 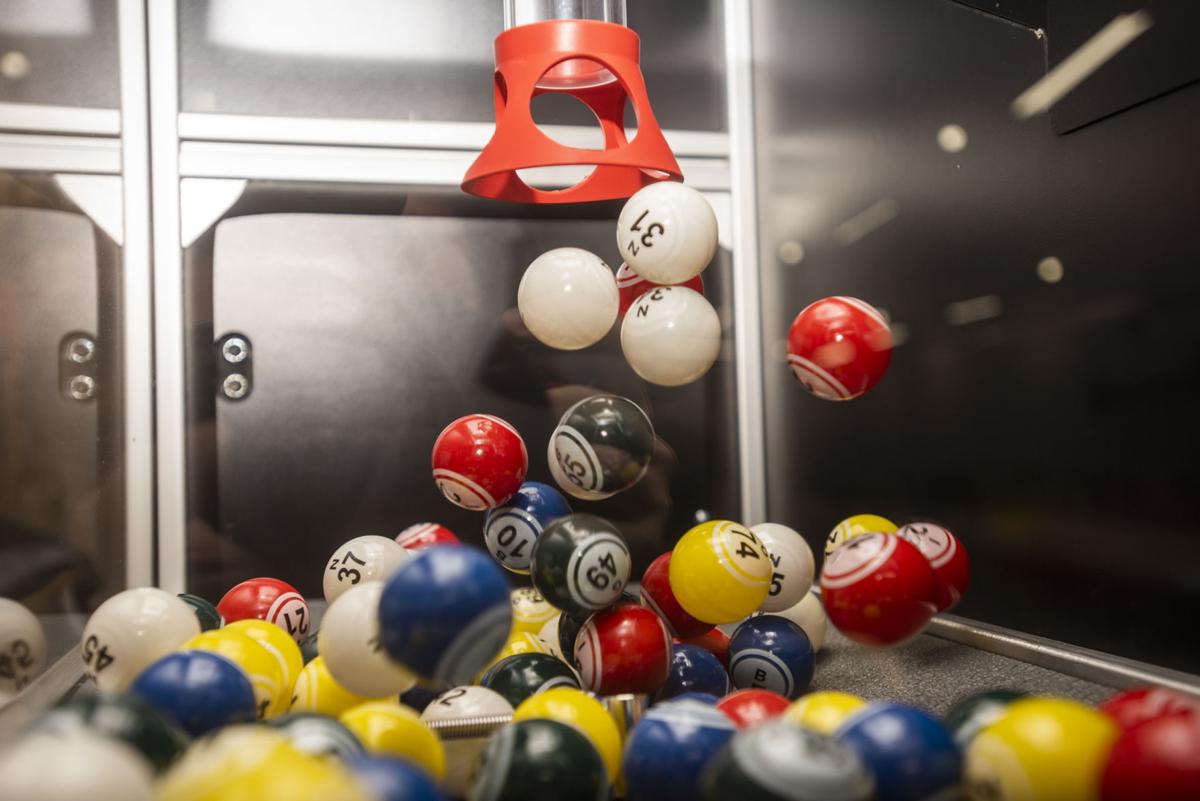 The ball selector at Cass County Auctions is a top-of-the-line bingo machine. 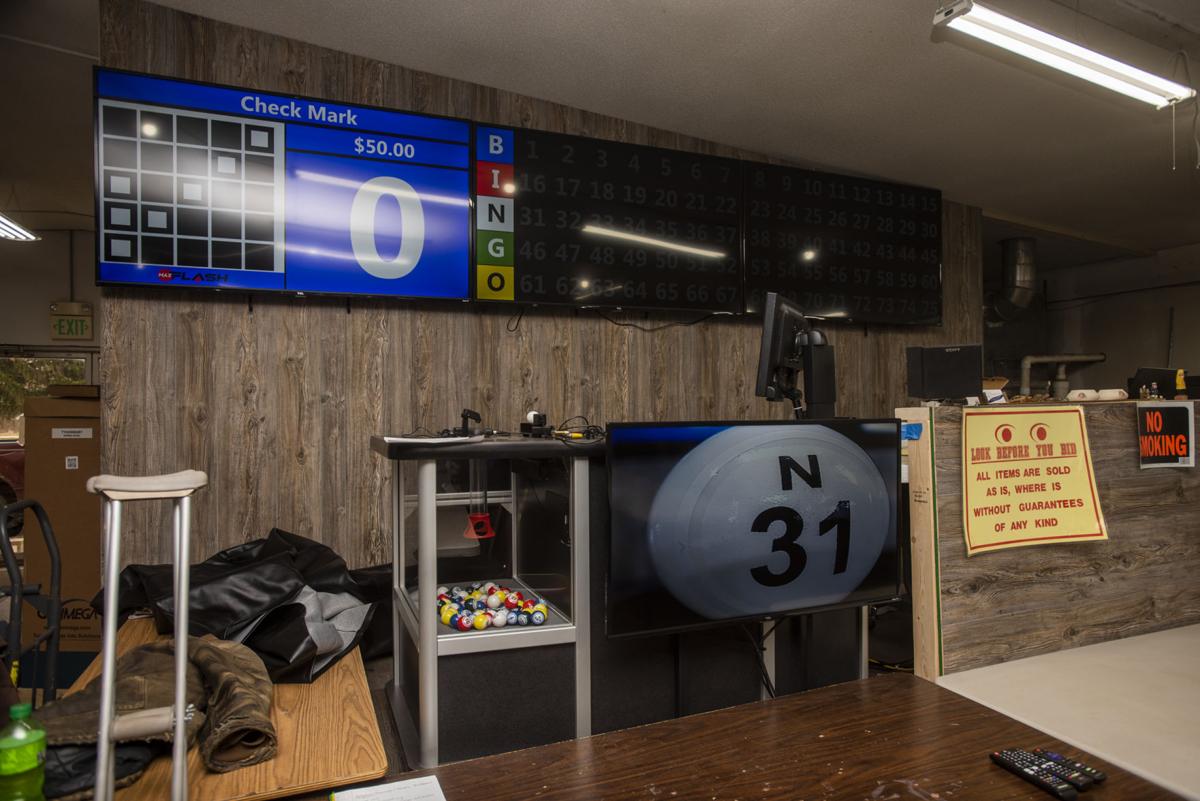 Cass County Auctions, 6102 N. U.S. 35, on the south side of Royal Center, will be holding bingo every Sunday.

The many monitors at the Cass County Auction building will help players see what bingo balls have been selected.

The ball selector at Cass County Auctions is a top-of-the-line bingo machine.

Cass County Auctions, 6102 N. U.S. 35, on the south side of Royal Center, will be holding bingo every Sunday.

On Sunday, Cass County’s only bingo parlor will open.

Cass County Auctions, 6102 N. U.S. 35, on the south side of Royal Center, will be holding bingo every Sunday with doors opening at noon, early-bird bingo starting at 2 p.m. and main bingo running from 3 p.m. to 8 p.m.

Shortly after the Berkshire family bought the auction house two years ago (the previous owner ran it about 13 years), bingo became a subject of conversations.

“A lot of our bidders and designers asked about it,” said President Darl Berkshire.

There hasn’t been bingo there before. But many of them knew that Darl’s brother Byron Berkshire and his wife Ginny ran bingo for an American Legion before.

After that stopped, there was no place in Cass County for regular bingo, Ginny said.

They started looking into it last spring.

However, getting it started was a three- to six-month process, said Karl Berkshire, the organization’s vice-president. It has to be run as a non-profit organization, everyone involved has to have a background check and “there’s a lot of paperwork,” Karl said.

So the auction house got a fresh coat of paint, a stage in front and upgrades to the kitchen and restrooms, and they’re still making improvements, he said.

For the bingo itself, they have 11 televisions. Some display the numbers called and style of bingo (check mark, four corners, cross etc.), while others show the ball that’s just come up.

“We’re the only bingo in Cass County to have this set up,” said Ginny. One in Lafayette is similar, she said.

Darl said theirs is the only combination bingo parlor and auction house in the country.

The money isn’t going to just one non-profit — it will go to things around Royal Center, such as kids’ lunch programs and mowing lawns or making repairs on homes that are needed.

“It’s going back into the community,” Karl said. Whatever or whoever needs it when they need it. “People that need help,” said Ginny.

Prizes for the game will be a percentage of the money taken in. They plan for $40 to $60 per game.

Karl said they hope to have door prizes, specials for the holidays, raffles for charities and other additions, but they have no set dates.

They may also be open on Easter Sunday, but they’re not sure about Mothers’ Day and definitely not Christmas if it’s on a Sunday.

It also depends on the customers’ desires. Those customers will likely come from a long distance.

So far, they’ve heard from people in Peru, Walton, Rochester and further.

“There’s a lot of people out there that play bingo,” Ginny said. “People will travel for miles. Bingo’s a big thing.”

Byron said that when they did bingo in Logansport, people would take bus trips to bingo in West Virginia, where there were $5,000 payoffs.

The business’ new Kountry Kitchen snack bar will have such things as Spanish dogs, nachos, popcorn, desserts and maybe chili. It will also have both Pepsi and Coke products. And they’re in the process of installing an ATM since they won’t take checks.

The family also suggests that people bring blankets in the cold weather. Although the building is warm, the concrete floor and get cold, Ginny said.

She added that after being out of bingo for about six years, she’ll be glad to see the people she knew again.

The family is focusing on getting bingo started, adding more as they get established and get comfortable with what they’re doing. That could include ads for local businesses on the 11 televisions.