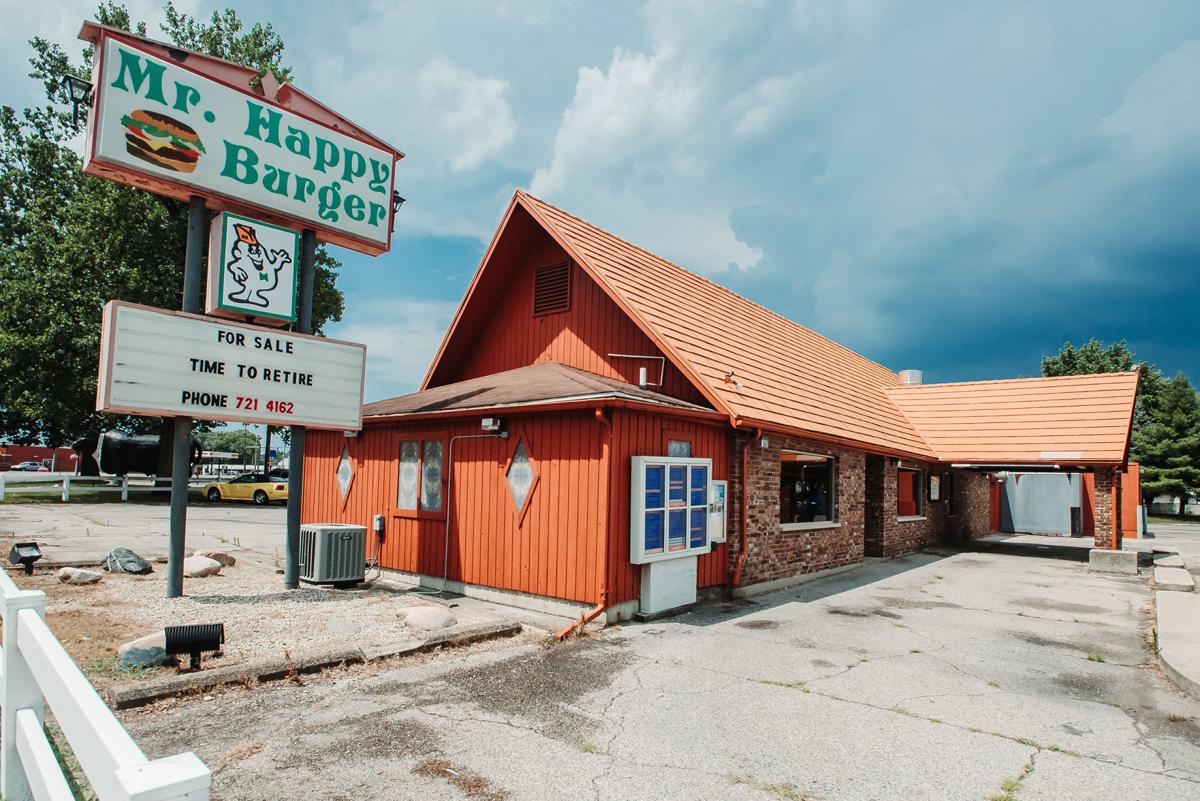 Both Mr. Happy Burger locations are going up for sale, as owner Bob Shanks looks forward to retirement. 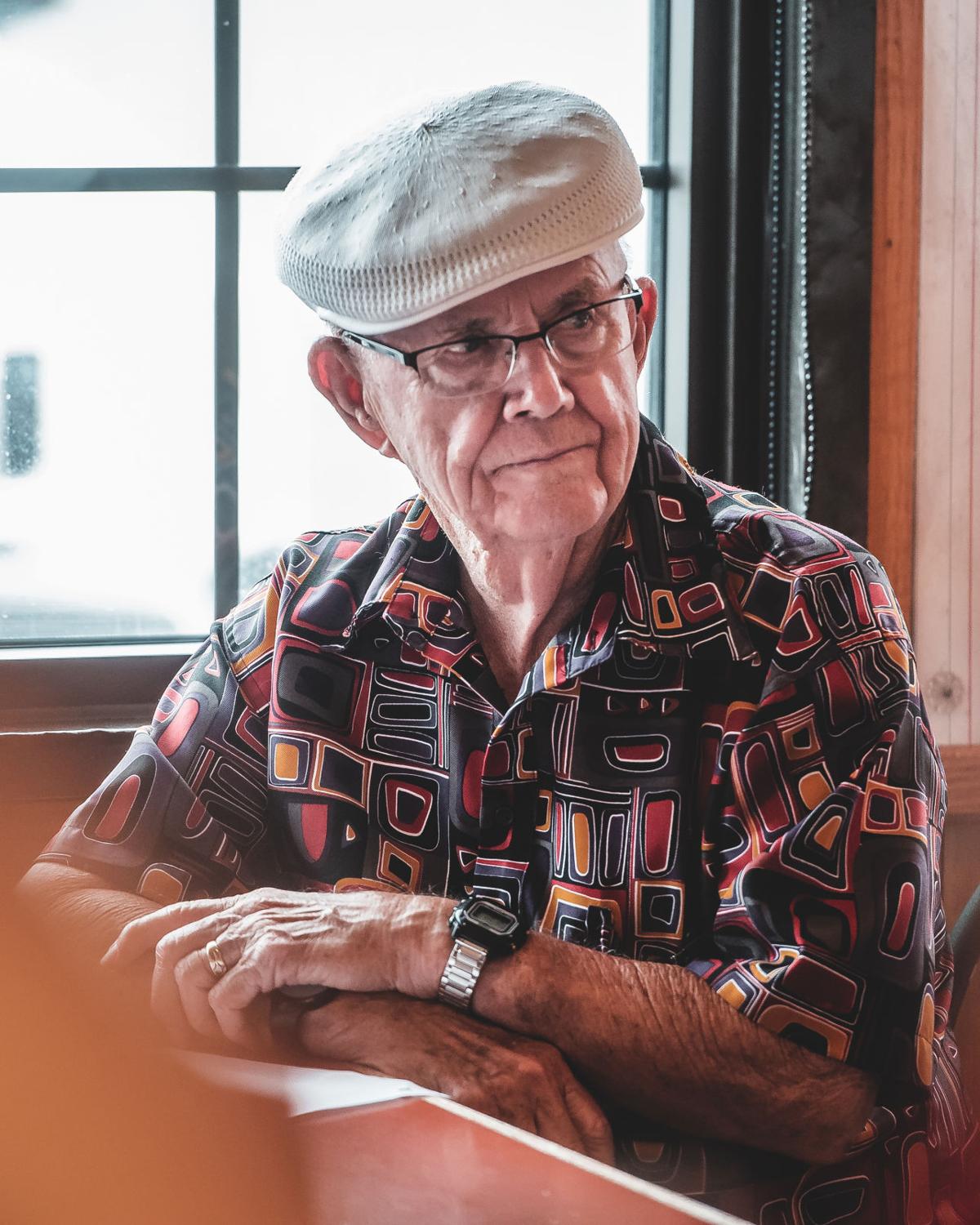 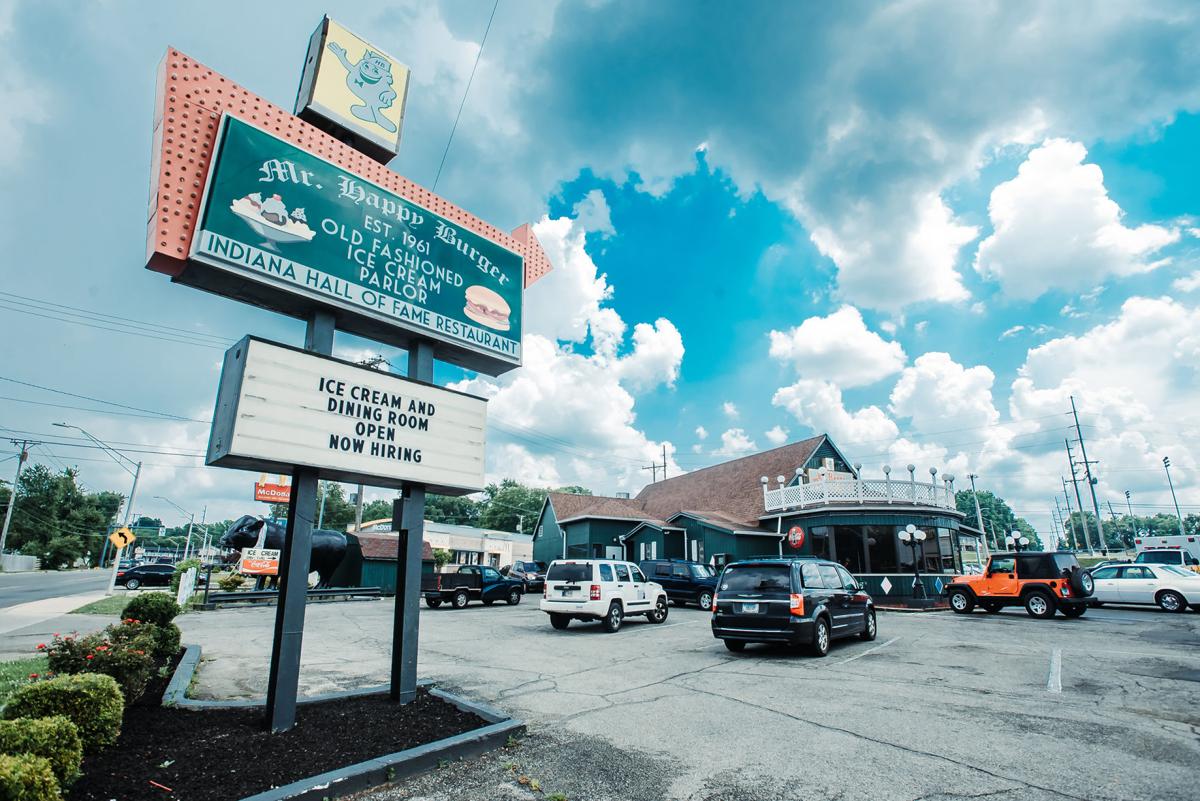 Both Mr. Happy Burger locations and Bob-O-Link Drive In, located in Royal Center, are up for sale by the owner. 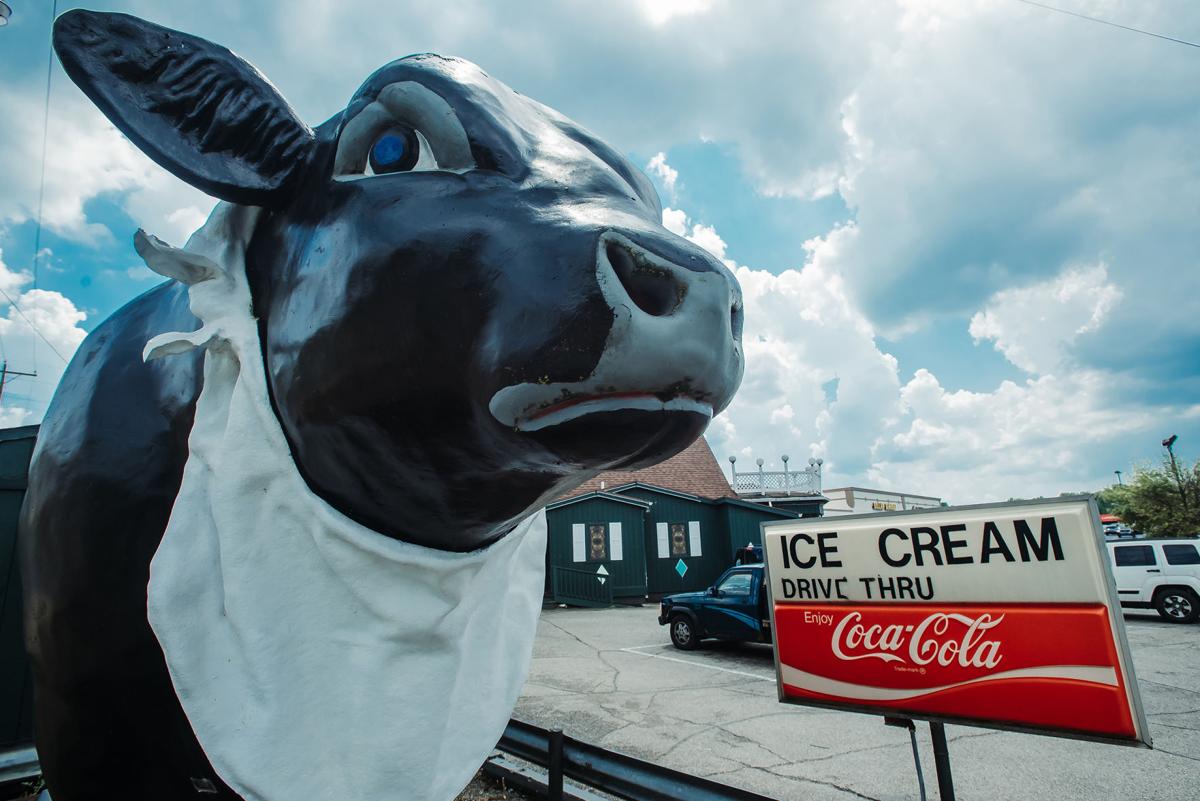 The cow’s located in front of each Mr. Happy Burger location have drawn many to the restaurants — and to take photos with the statues. Tony Walters | Pharos-Tribune

Both Mr. Happy Burger locations are going up for sale, as owner Bob Shanks looks forward to retirement.

Both Mr. Happy Burger locations and Bob-O-Link Drive In, located in Royal Center, are up for sale by the owner.

The cow’s located in front of each Mr. Happy Burger location have drawn many to the restaurants — and to take photos with the statues. Tony Walters | Pharos-Tribune

But the July 1 announcement, “for sale, time to retire” on the Mr. Happy Burger’s West sign was a surprise end of an era for many.

Bob Shanks, who started the Hap’s chain and other restaurants with his wife, Shirley Shanks, is selling all three of his remaining restaurants, including the Bob-O-Link Drive In in Royal Center, which they opened in 1956.

“I’m 87 years old, and I just lost my wife three months ago. I was talking to my girls, and they’re ready to retire,” said Shanks, who’s worked in restaurants since the 1940s. “I tell the kids this way they can get their inheritance early.”

Since the retirement announcement, one person called and told him that he couldn’t believe they were for sale, and others talk to him about it when he’s in the restaurant.

“One man actually stood here one day, and he started crying,” Shanks said.

But most of what they’ve heard has been positive, and people are sad but understand why, said Sherry Van Soest, Shanks’ daughter and manager of Hap’s East.

“It was the right time,” she said.

Shanks’ daughter Emily Bridge said, “I’m 100 percent for it. We all are because we feel he’s ready.” He’s never stressed, but this will allow him to be “footloose and fancy free,” she added.

Shanks started in the restaurant business in 1946 when his parents, George and Francis Shanks, opened Shanks Drive-In on College Hill (the incline of North Third Street just north of Columbia Elementary School).

While working, he met Shirley Purcell, his future wife.

He recalled seeing her drive in with friends after a Washington Township High School game and asking someone in the restaurant who the beautiful blonde cheerleader was. That person, who happened to be her boyfriend, told Shanks she was out of his league.

When she lost a shoe after slipping them off to be comfortable, Shanks found it and returned it like she was Cinderella.

“I got the mine, and he got the shaft,” Shanks said.

Van Soest said Hap’s has also been the start for many relationships, between workers or customers.

Shanks graduated from Royal Center High School in 1951, married Shirley after he got his draft notice in 1953 and leased Shanks Drive-In from his parents after he returned in 1955.

He was ready for his own place in 1956, and after operating Bob-O-Link successfully, he looked toward Logansport.

The Shanks went to Indianapolis in 1961 to look at McDonald’s and Burger Chef franchises, but those felt Logansport was too small — and he figured they could offer their own 15-cent hamburgers, shakes and fries.

Emily Studebaker, who owned the land Eastgate shopping center is on, financed the Hap’s building, and the Shanks knew from their franchise attempts about an equipment rental place that gave them a line of credit.

Hap’s continued to grow from its menu of burgers, shakes, hot dogs, BBQ and fish, adding tenderloins when McDonald’s moved next door 53 years ago.

That restaurant had people walking in and eating in their cars, but Hap’s had seating for 16 and to drive-thru windows — and a little bit more syrup in the Coke.

The menu has grown to 18 sandwiches, fried chicken and pizza, as well as hundreds of flavors of shakes.

And they’ve built on to the original building nine times.

In 1966, Shanks opened a Mr. Happy Burger in Elwood with partners but sold to them in 1966 when he realized he couldn’t maintain quality so far away.

The family is selling Hap’s West and Bob-O-Link themselves but selling the original through a broker that specializes in restaurants who has six months to make that happen.

Only the original Mr. Happy Burger will get the recipes that have been with the family since Shanks Drive-In, like the Spanish sauce and coleslaw, as well as the trademarked and copyrighted name and materials and the decor.

“We’d like to keep it a Happy Burger,” said Shanks’ daughter Becky Partin, manager of Hap’s west at 1050 W. Market.

Shanks said that whoever buys it, “they will keep the name Happy Burger. They don’t have to, but I think they will.”

The family also hopes the new company will also use Cass County, corn fed beef as Hap’s always has.

Partin and Van Soest will remain for a while to help the new owners out, and Shanks is willing to do public relations for them.

Van Soest hopes a new owner will keep the employees that know the business.

“We’ve got help back here that’s been here for 40 years or more,” she said.

The family also hopes that the new owners will also sponsor teams and help with local fundraisers. One year, they sponsored 18 projects, baseball and bowling teams, a fair queen and a soapbox racer.

Hap’s was also known for chicken bashes, fundraisers that groups sold tickets to and that were sold out every Wednesday from spring through November.

“That’s one of the reasons we were so successful. You give back,” Shanks said.

But because the sale will go through the broker, “I have no control of the buyer,” Shanks said.

Besides selling the restaurants, Shanks is also simplifying his life in other ways.

His son, Jeff Shanks, has sold all Bob Shanks’ cattle and has bought the rest of his father’s farm, although Bob Shanks will still have Norwegian miniature goats because he needs some livestock.

On Aug. 8, Shanks will have an auction of some of his collections, classic autos, farm equipment and restaurant equipment. That includes a large Coca Cola memorabilia collection, plastic lighted signs from the original Mr. Happy Burger, a 1971 Cutlass 442 W-30 400 and a 1937 Chevrolet Sedan 400.

Van Soest said with her husband retired, she’s ready to travel and see the grandchildren.

She’ll miss the place but is ready to go.