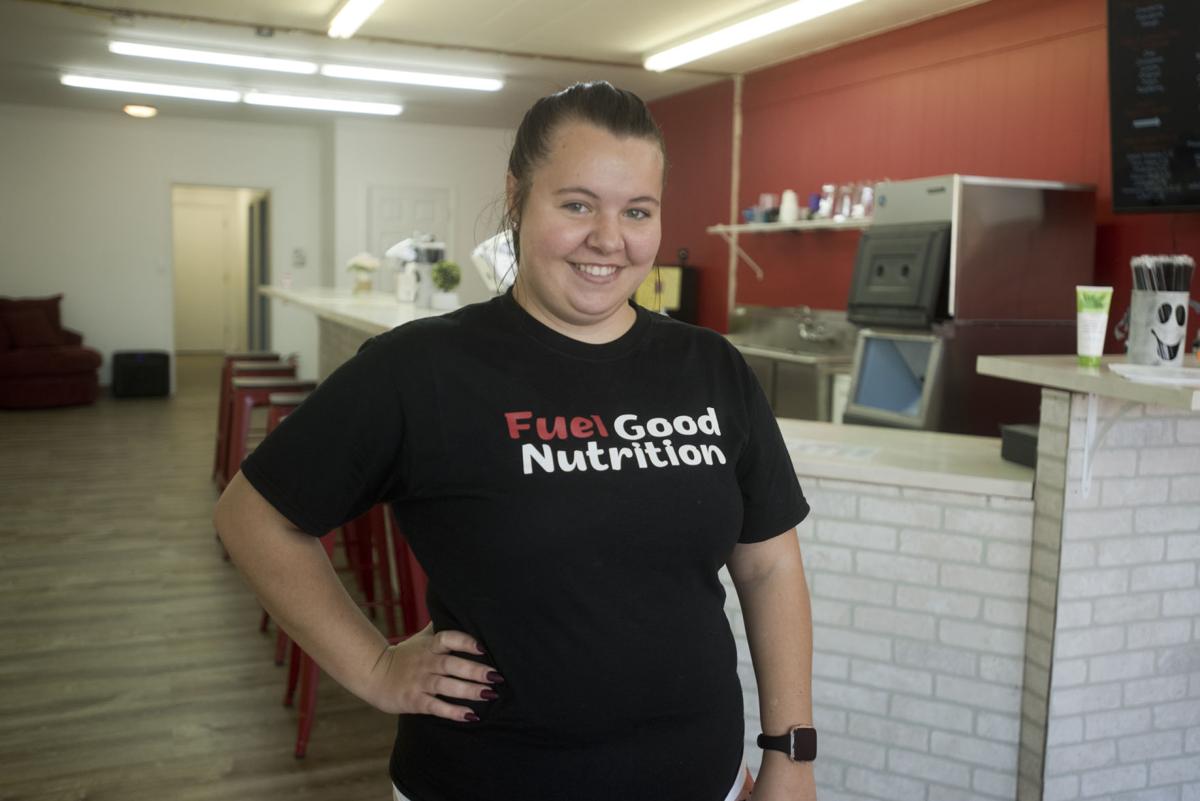 Abby McGlashen is the owner of Fuel Good Nutrition. 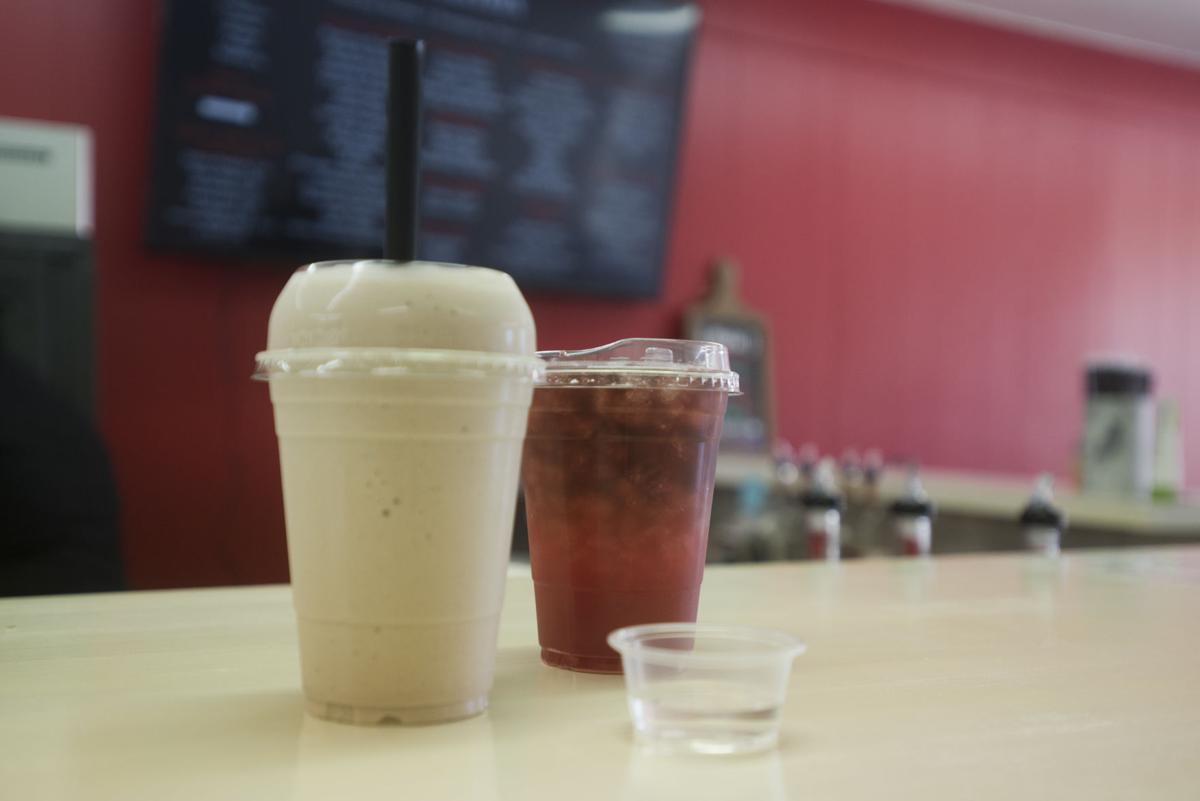 Fuel Good Nutrition offers an assortment of drink combos in many different flavors. 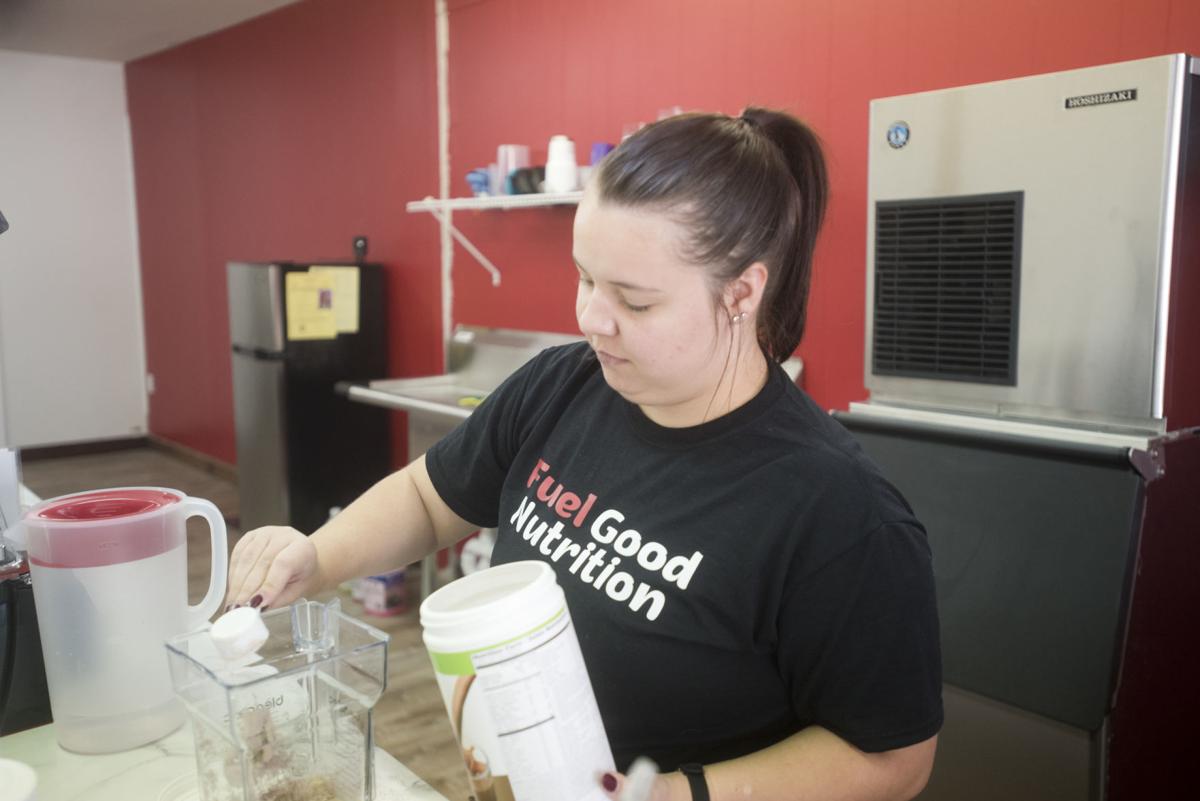 Abby McGlashen is the owner of Fuel Good Nutrition.

Fuel Good Nutrition offers an assortment of drink combos in many different flavors.

Abby McGlashen saw an opportunity in Logansport for her kind of business.

Since she opened Fuel Good Nutrition at 212 N. 6th St. on Sept. 30, she’s been kept busy and has an afternoon lunch rush for the smoothies store.

“Logansport doesn’t have a lot of healthy eating options, and I think that’s the trend anymore. Everybody’s trying to be more health conscious,” McGlashen said.

“Everybody wants to be healthy. It’s everybody’s New Year’s resolution. But when it’s not as convenient as other things, it can be hard,” she said.

McGlashen aims to fill those gaps with the drinks she serves — it’s only drinks, though.

“We’re a healthy smoothie place, so all our smoothies are meal replacement smoothies,” she said.

They have all vitamins and minerals for a meal, and the soy in them keeps people feeling full for longer times.

Her offerings start with an aloe “shot” for customers to choose in cranberry, mandarin or mango flavors.

Customers then decide on a type of tea or teabomb in flavors like chai, cinnamon, lemon raspberry and currently in fall — and Halloween — flavors.

Step three is the choice of one of more than 68 flavors of healthy shakes ranging from blueberry cheesecake to brownie batter.

“A lot of the banana ones have been popular,” she said. “Turtle cheesecake and Almond Joy are my favorites.”

Customers may also request one of seven add-ons or enhancers to their drink, including extra protein, “new mom” (helps resupply nutrients lost through breast feeding) and immune booster.

There will also be weekly specials and different recipes, McGlashen said.

She has no plans to expand beyond the healthy smoothies, though.

“This is going to be it. This is what it’s about,” she said.

Her products are Herbalife-based, and her business is based upon one of their models.

A man in Mexico wanted to “be less aggressive in the marketplace” rather than relying on referrals and going door-to-door to make sales.

So he started making the shakes to sell rather than selling the Herbalife products themselves, she said.

She got her start about a year-and-a-half ago in a Huntington Herbalife smoothie business called Healthy Hut.

“And then I decided that I wanted to go off on my own,” she said.

She also wanted to be closer to her home and her mother.

“So I found this cute little spot and went with it,” she said.

In the business’s first two weeks of operation, her customers aren’t a specific “type.” McGlashen sees downtown workers and stay-at-home moms coming in during the day.

In the afternoon, Fuel Good has a lot of high school students who seem to like the atmosphere of the store, she said. The store has a couch and stools and a few tables and is easy to hang out in.

She plans to connect with the local gyms and already has a YMCA trainer as a regular.

People can use Fuel Good’s smoothies for weight loss, healthy meal substitution or to put on muscle.

They have 17 grams of protein with the option for 24 grams with add-ins.

Beyond running the business, McGlashen plans to get more involved in the community and local causes. All tips at her business are donated to charities, she said.

Right now they go to CASA Herbalife, which has chapters in South Bend and Jackson, Michigan. She’ll begin donating more locally when she figures out which causes work best, she said.

Fuel Good Nutrition is open 10 a.m. to 6 p.m. Monday through Friday and 10 a.m. to 4 p.m. on Saturday. They are closed on Sundays. McGlashen plans to hold a grand opening in a few weeks.