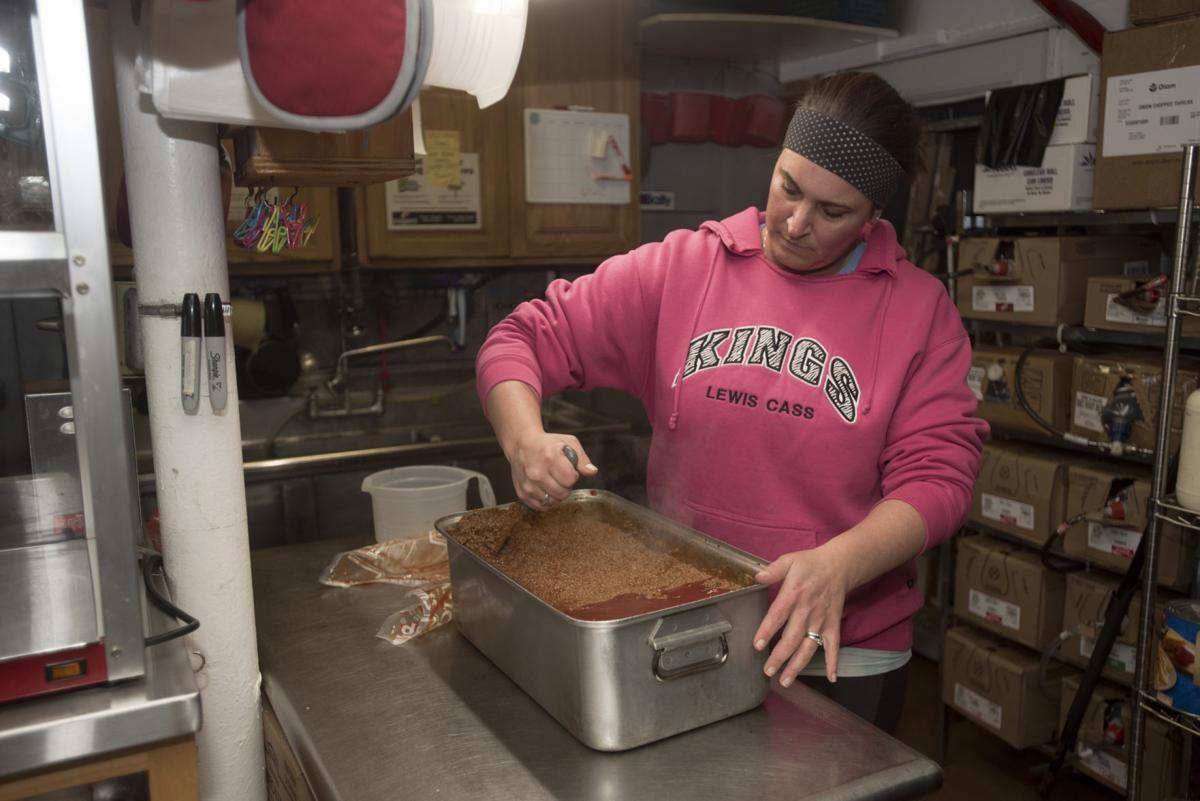 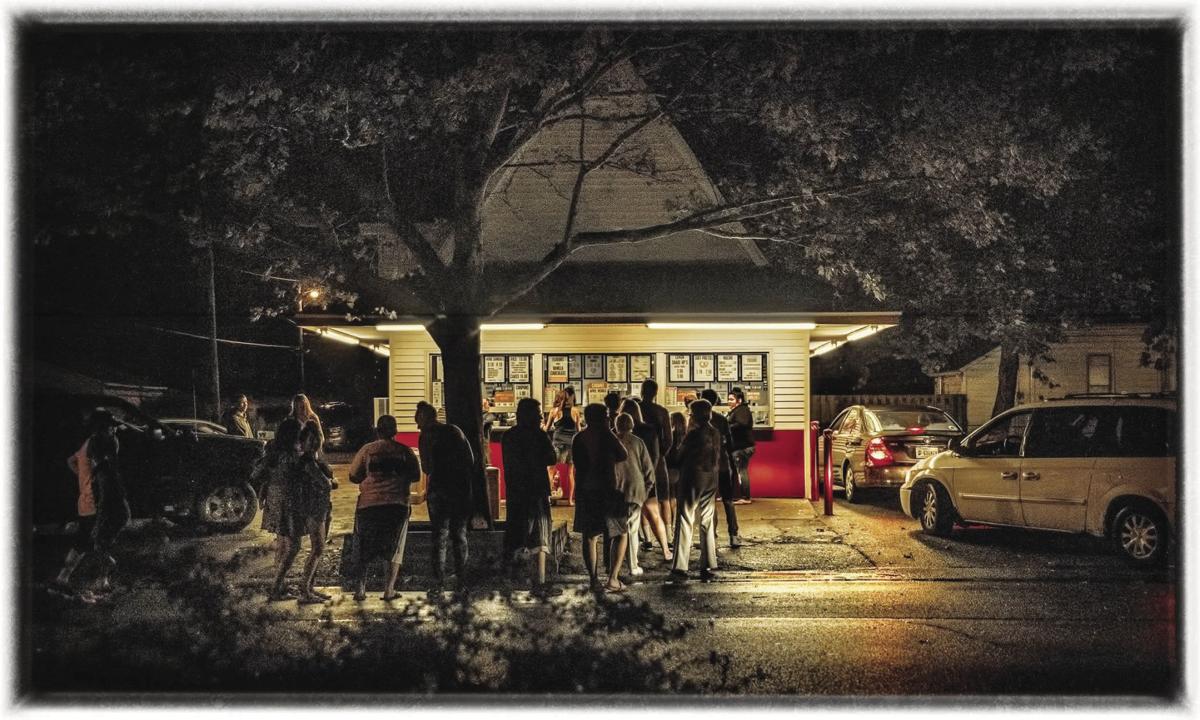 Locals line up on the last night of Sycamore’s season in 2018. 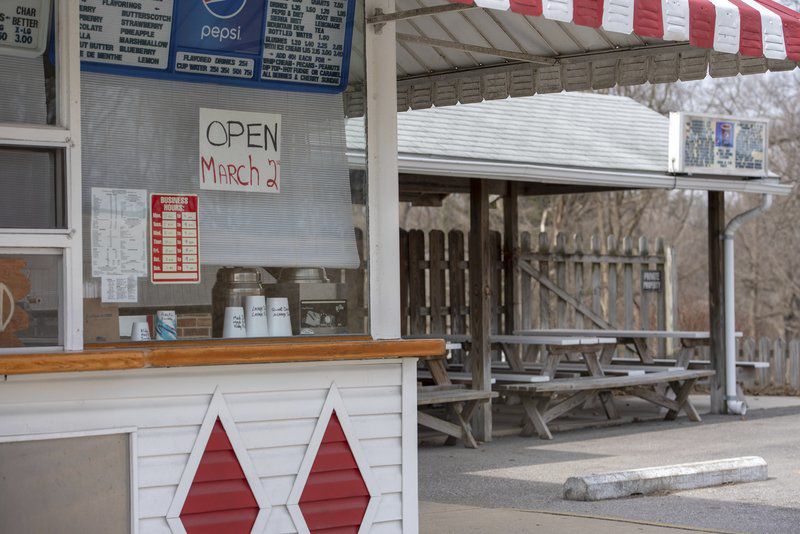 A sign at Char-Bett Drive-In announces the restaurant’s March 2 opening in 2019. This year, they’re opening on Valentine’s Day. 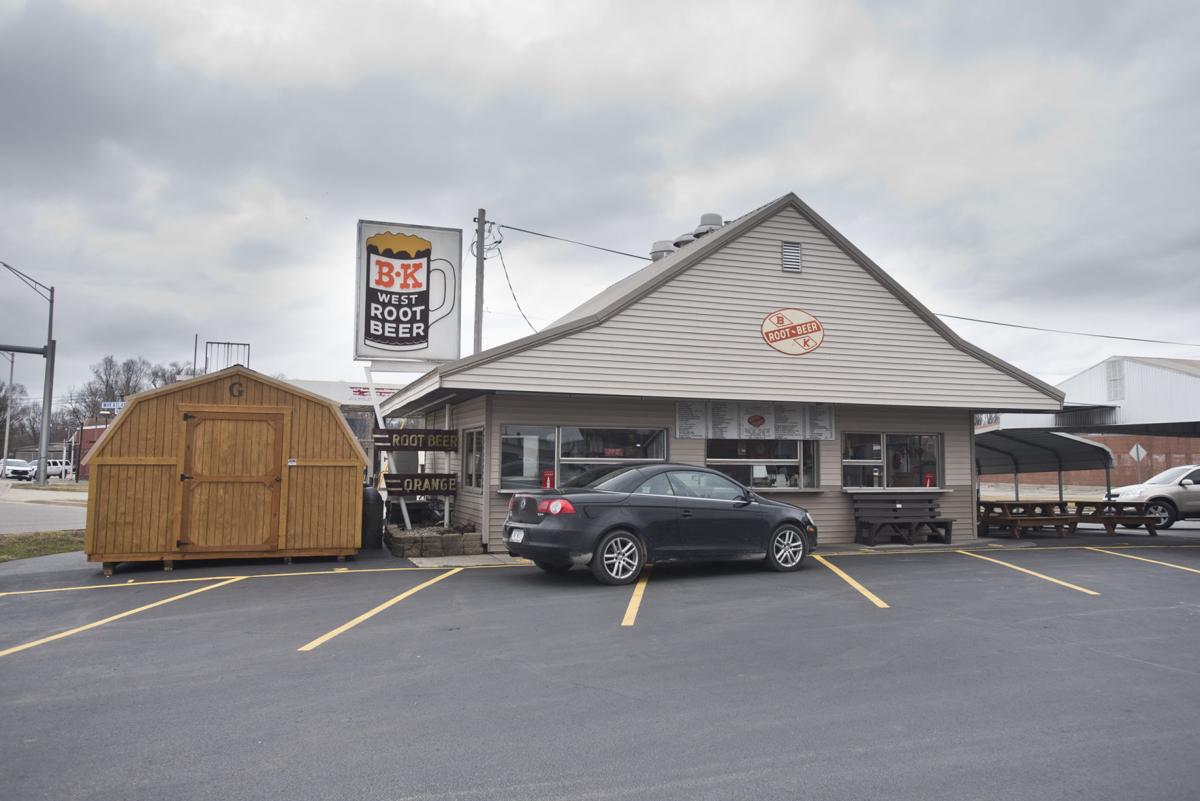 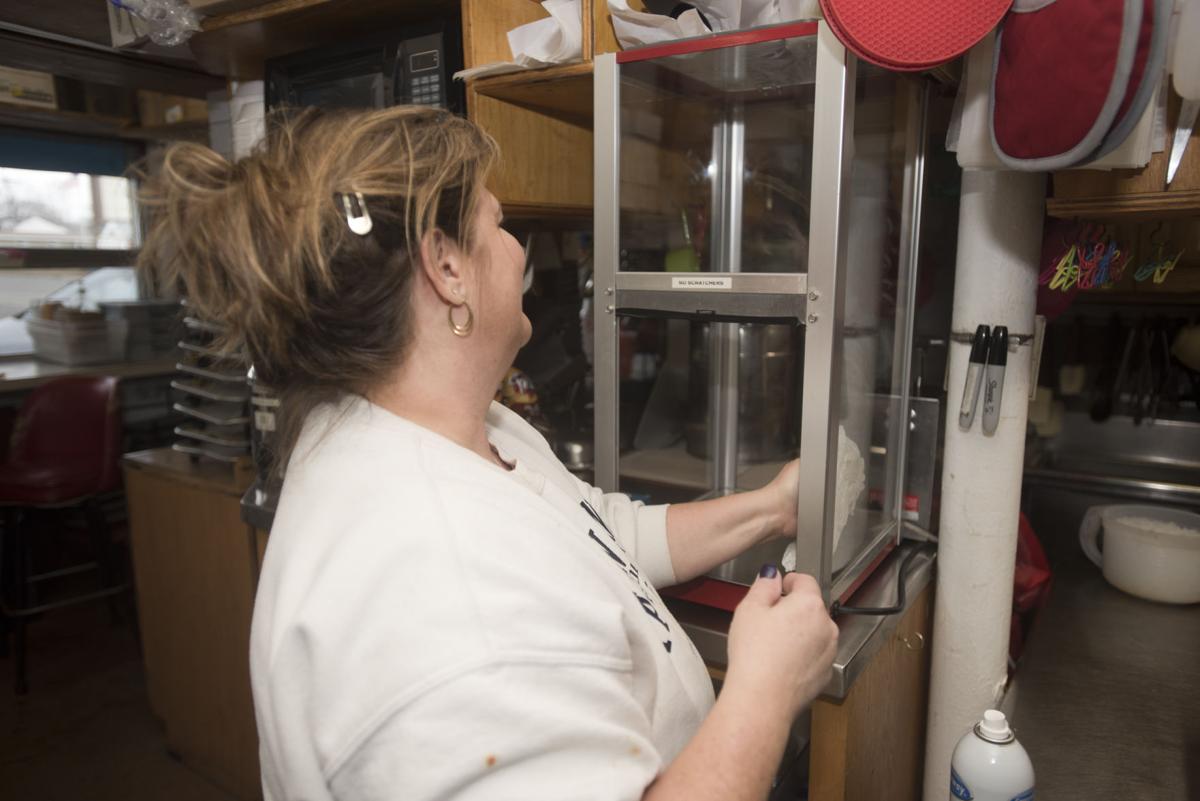 Locals line up on the last night of Sycamore’s season in 2018.

A sign at Char-Bett Drive-In announces the restaurant’s March 2 opening in 2019. This year, they’re opening on Valentine’s Day.

The groundhog is not the first sign of spring in Cass County. Instead, it’s the opening of the old fashioned drive-in restaurants.

And because of the mild winter, that’s starting a bit early this year.

B&K West at 1101 W. Market St. was the first to start out, opening Thursday after announcing on Facebook that was the tentative date.

Brenda Graham, who’s owned B&K with husband Kim for 40 years, said they usually open the Thursday before Valentine’s Day. However, the weather’s been good.

“Of course, it’s supposed to snow tonight, so maybe we brought that on by opening,” she said Wednesday.

They still expect to be busy and have cars waiting, and they expect not to have the slight decrease in business that happened while the Market Street bridge was closed for construction.

B&K often has waits for vehicles to enter the lot not just on the first day but also the first nice day of spring and Sundays after church lets out, Brenda said.

They’ve been asked at times to make spaces in the line going in so people can get out of the parking lot of Kesling Home Health Care next door.

Kim Graham said that on the first day last year, they went through a bun every 10 seconds for 10 hours.

It took the Grahams and their staff about a month to prepare for the opening. On Jan. 21, they turned the heat and water back on. Then they cleaned and ordered stock.

People get most excited for the Spanish dogs — which are different from chili dogs because the sauce has no beans — and the deluxe fries or Spanish cheese fries.

They also make their root beer on site and not through a soda fountain, and the barbecue sauce and meatballs are made from scratch from their own recipes.

However, during the 40 years they’ve owned B&K (which was not named after them but is a fluke), they’ve expanded the menu from the original hot dogs, barbecue, chips, corn dogs and root beer, orange and grape drinks that were part staples since B&K’s 1949 opening.

The Grahams have owned B&K longer than its previous owners, and although they’re relying on managers Susan Hicks and Heather Welch more, they don’t plan to sell.

“I’m not quite ready to retire yet. I’ve cut back some,” she said.

Sycamore used to open up when basketball sectionals began, but after that changed, “we like to hit Valentine’s Day,” said Brian Graham, who, with his younger brother Scott Graham, bought Sycamore from his parents in 2009.

B&K’s Kim Graham is their uncle, and Brian disagrees with his aunt Brenda that it gets easier to open every year.

“I’m getting older. I was 15 when I started working there,” he said.

It’s good business that he and his brother have done all their lives, he added

The reason why people wait for the opening of the three drive-ins is “We just sell a good product everybody likes,” he said.

For their ice creams, which is their specialty, “It’s tasted the same all these years,” Brian said.

Despite ice cream ingredient suppliers going out of business since the family has owned the place, the brothers still keep the ice cream recipe the same, and make it twice a day.

“We pretty much stay true to things,” he said.

However, they have added some flavors over time as tastes change, like the bubba — an ice cream mixed with candies.

Bubbas and shakes are the big things with customers.

People’s loyalty to the drive-ins also has to do with the uniqueness of the businesses.

“I think there’s a little nostalgia there,” Brian said. “We’re not a big, corporate place, which is good.”

The reason that the drive-ins close each year is because of waning interest after summer ends.

“We are busier in the spring when the weather’s [lousier] then we are in August when kids go back to school,” Brian said.

They closed mid-September in 2019, and although people think it has something to do with the last business quarter or the family going to Florida, neither is true, he said.

“We do take it away, but they all come back,” he said.

Brian’s aunt Judy Havrilesko, who owns Char-Bett with husband Chris, said she knows someone who kept a seasonal business open during winter and didn’t get the “pop” in spring that he did when he closed for a few months.

But customers are aware of opening season for the drive-ins.

“As soon as anybody opens, we get the calls,” Chris said.

Char-Bett’s customers were not happy last year when the restaurant delayed its opening until March.

The Havrileskos had a potential buyer for the place, but the sale didn’t happen because of financing troubles. “So we decided we need to stick to our guns and open in February,” she said.

Since Charlie and Betty Streu opened the restaurant in 1958, the Havrileskos are the third family to own it, having bought it and the house behind it in 1983.

Chris said they tweaked some of the recipes and that Betty Streu’s ingredients were complex. And the eight types of ice cream remain “all the original recipes,” he said.

Out of flavors from traditional offerings like chocolate, vanilla and strawberry or more interesting ones like butter pecan, orange pineapple, raspberry and lemon, one stands out with customers.

“Red Indiana is our most popular flavor,” he said.

He doesn’t think that as many kids would want it if they called it “cinnamon,” which is what it tastes like.

The ice cream isn’t the biggest seller, though. People come in — and truckers visit — because of the handmade hamburgers.

They started getting stock in Friday but weren’t making the ice cream yet.

“We don’t open until next week. You’ve got to have it fresh,” he said.

The drive-in and house are also still for sale.

Even with the sale, they don’t see completely leaving Char-Bett if the new owners want that. “We’ll help out. We’ll have to teach the people, and it’s going to take time,” he said.