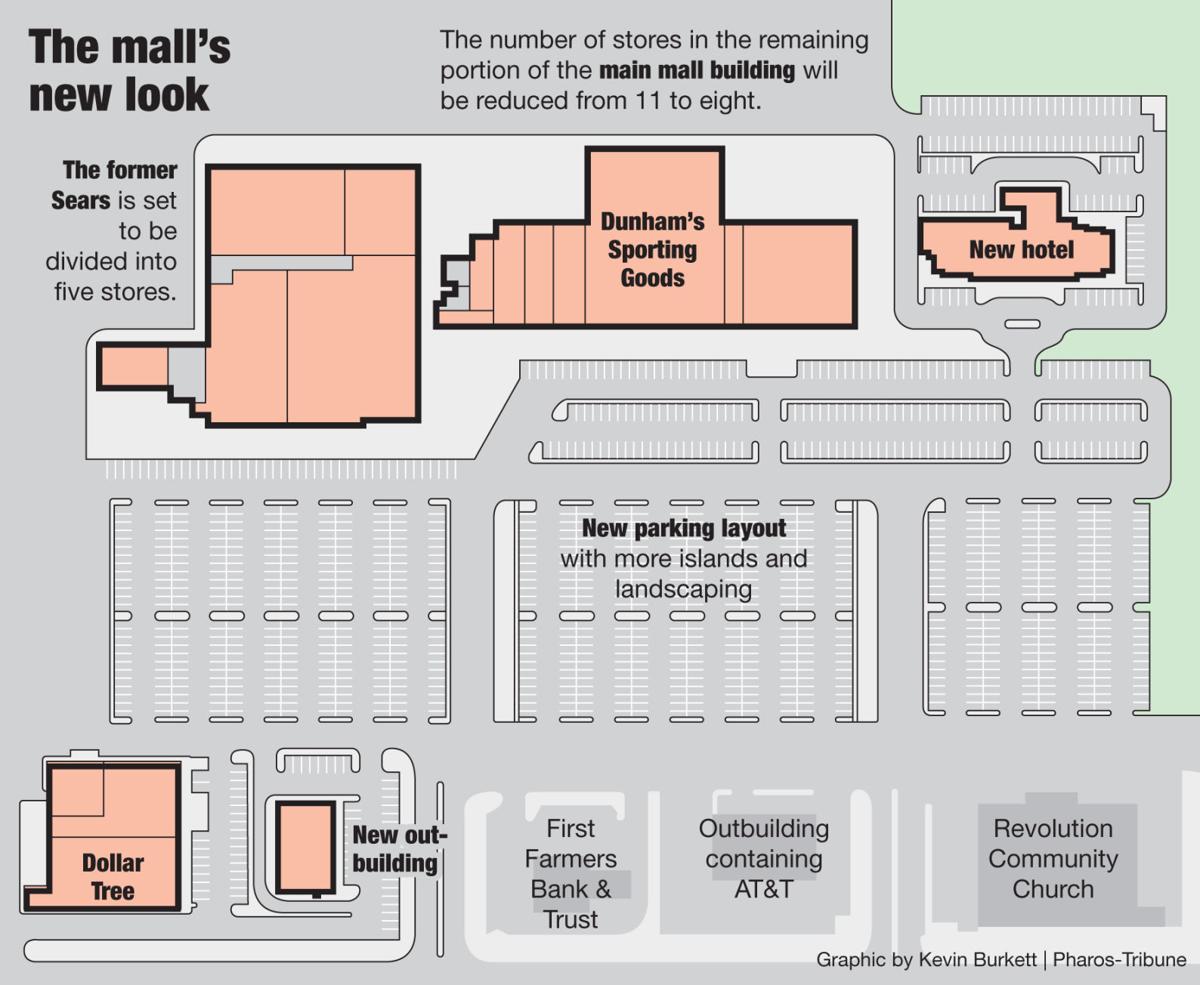 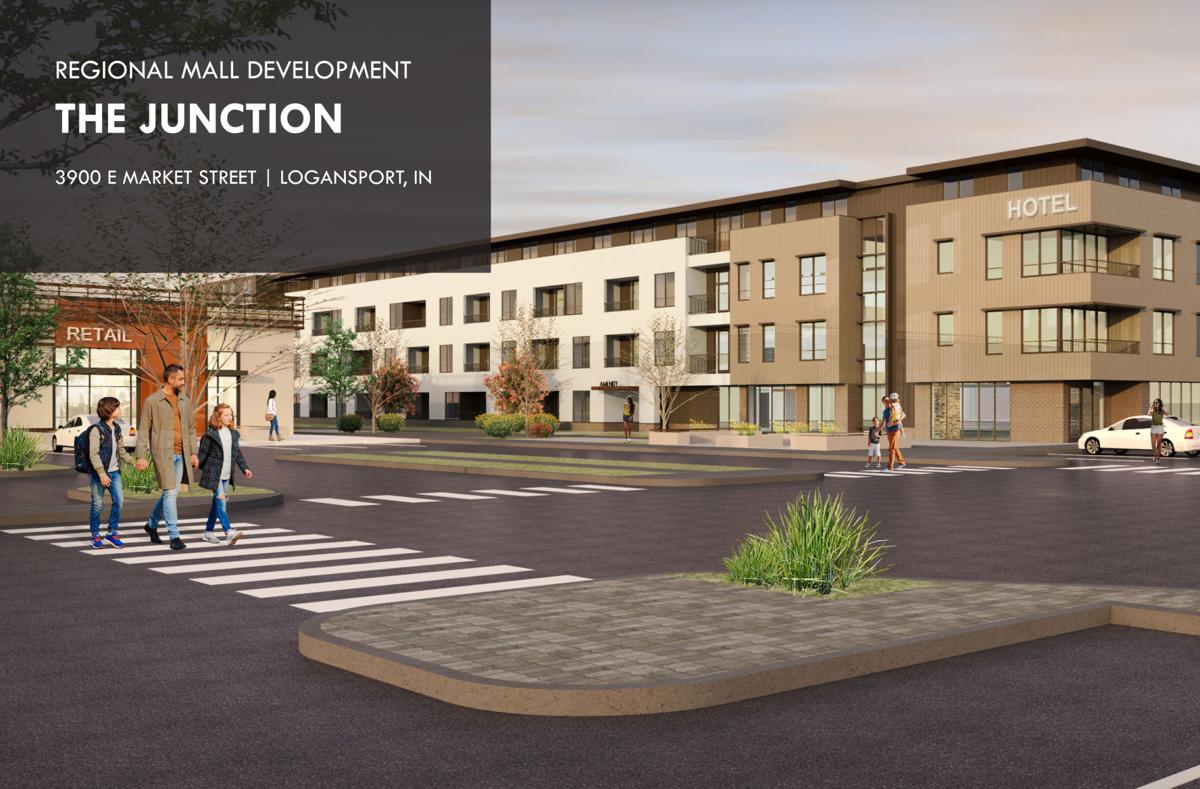 A new rendering released Tuesday shows what the new hotel on the property formerly occupied by J.C. Penney will look like.

A new rendering released Tuesday shows what the new hotel on the property formerly occupied by J.C. Penney will look like.

The old Logansport Mall has state and local approval and a new name that fits with the city’s railroad past: “The Junction at Logansport.”

The developer also released more renderings, including one of the proposed hotel where J.C. Penney was located.

The city had approved the basic design for the mall on June 12.

Much of the front of the mall will be removed, making it a strip mall with an overall theme tying it together rather than an indoor mall where people walk between businesses.

The new plans released Tuesday also show how the mall will be divided after parts are torn down.

There will be 13 stores in what remains of the mall, five of which will be inside the former Sears section. That may change depending on how much space the anchor stores — larger stores that attract customers — want.

The developer should have more information on anchor stores in early July.

The developer is looking to improve the building with the Dollar Tree and the two empty stores, but that’s down the line, a spokeswoman for Park Development said.

“The new open-air retail center will feature more green space, new signage and lots of windows,” according to a statement the company released Tuesday. “It will be shadow-anchored by a Walmart Supercenter and a Home Depot with easements tying the two properties together.”

Park Development is working with Dunham’s Sports, the last remaining store in the mall, to provide a temporary entrance during construction.

Cuppy has been working on the mall for a year and a half with Park Development owner and Chicago developer Joseph DiCosola and for the six years he’s been in his position.

“With this one, it obviously has momentum since he’s actually purchased the property,” Cuppy said.

There are still other hurdles for the city and the owner to overcome, including a bond issue to help the developer and attracting stores for the mall.

In these times, it’s challenging to get retail business, “but we’re optimistic,” Cuppy said.

“I’ll be more excited once it’s open and all the tenants are in place,” he said.

The developer has selected Randall, Miller & Associates as project engineer.

Veritas Realty, a commercial real estate company that focuses on retail, restaurant, medical and entertainment real estate, is in charge of securing tenants. Those interested in learning more about leasing options can reach Veritas at 317-472-1800.

“Great things often require patience and this development is a prime example of just that,” said Logansport Mayor Chris Martin. “The developer’s modern design coupled with new retail businesses will go a long way toward revitalizing this area.”